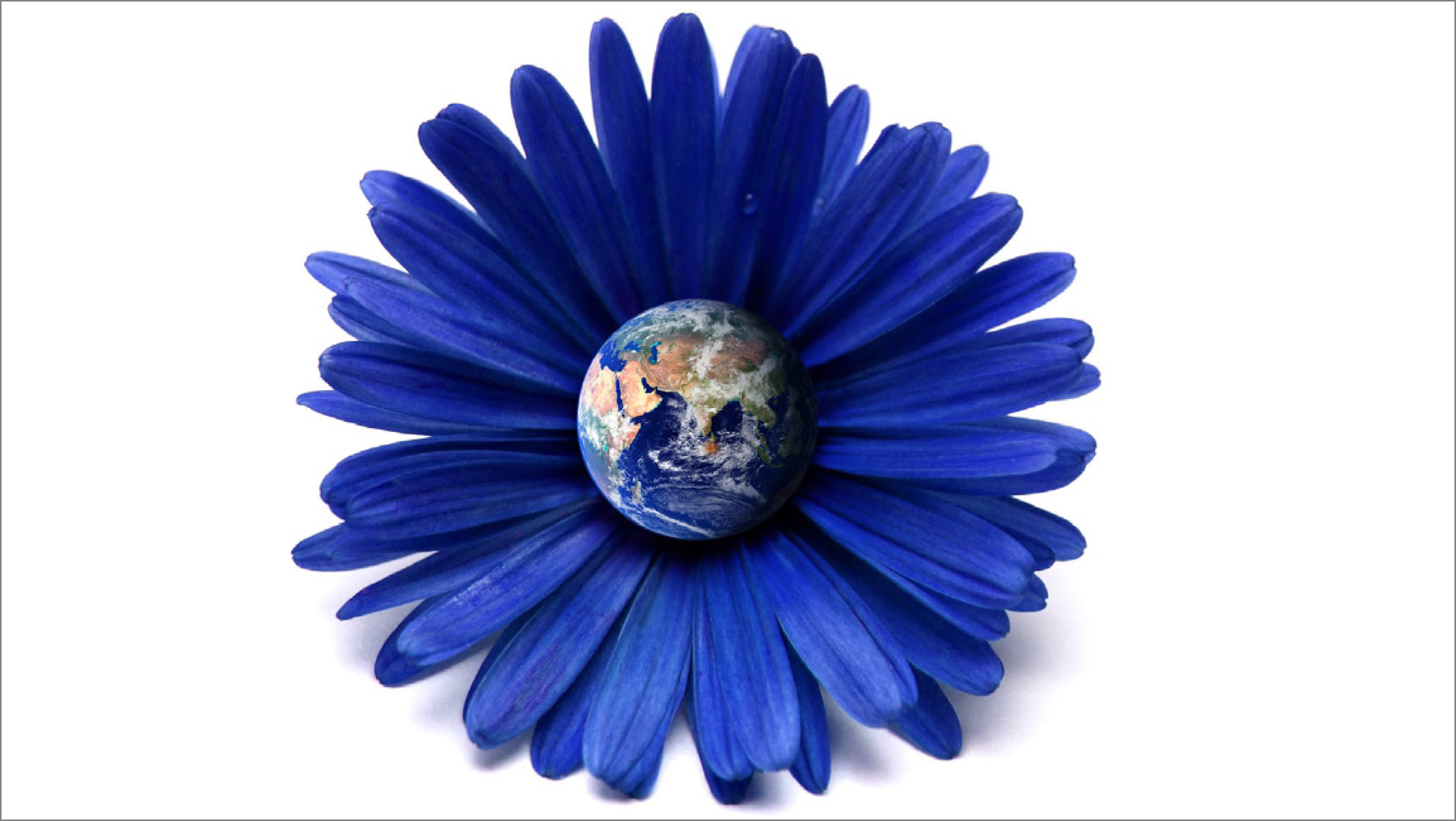 The World Wildlife Fund reported in September 2014 that the earth’s populations of vertebrates (mammals, birds, reptiles, amphibians and fish) have decreased by roughly half in the past 40 years. This is due in part to the impact of doubling the human population to more than 7 billion over the same period. Because we choose not to treat resources as exhaustible, we have expanded into more of the world’s wild areas and killed for food more than is sustainable of its species across land, rivers and seas. We are also using water at impossible levels—a sevenfold increase over the past century.

“A range of indicators reflecting humanity’s heavy demand upon the planet shows that we are using nature’s gifts as if we had more than just one Earth at our disposal. By taking more from our ecosystems and natural processes than can be replenished, we are jeopardizing our future.”

To this serious state of affairs must be added the degradation of the earth by human pollution. It’s important to note that these changes have been a matter not of inevitability but of our own doing. If we choose not to behave responsibly toward the earth, then the price is paid in the decline of what sustains us. Doing the same irresponsible thing over and over will only compound the difficulty; we can’t solve problems by using the same kind of thinking we used when we created them. A different way must be found and followed.

Now, you can chose to ignore what follows below; but the fact is, things are getting so bad that something has to be done to make a difference. At the beginning of the Book of books we learn that everything the Creator made was very good. The land was fertile and productive, and humanity was to nurture and protect it. That sounds like instruction we need right now. In Genesis 2:15 the Hebrew words in God’s command to “tend and keep” the Garden of Eden mean serving and preserving the earth. But by the end of the Christian version of the Old Testament we read of the possibility that the same Creator could strike the earth with end-time “utter destruction” (Malachi 4:6, English Standard Version) were it not for the work of those warning humanity to turn back to its Maker (verse 5). Even so, the last book in the New Testament describes a hostile humanity in full destructive mode, so that God announces the time has come to “destroy those who destroy the earth”—meaning those who ruin its resources and its people (Revelation 11:18).

“One cannot go more than a few chapters in the Old Testament without seeing some vivid reference to land and its importance for humanity, beginning with the image of adam (Heb., ‘man, humankind’) formed from adamah (‘soil’) in Genesis 2:7. That wordplay suggests a kind of familial connection; it is a subtle yet powerful reminder that the life of a people comes from its land.”

How has humanity traveled the enormous distance from nurturing nature to destroying our only home? And what exactly brings the Creator into such conflict with the pinnacle of His creation?

Mankind (in Hebrew, adam) was formed of “the dust of the ground” (adamah)—that is, from dirt or soil—and animated by God with “the breath of life” (Genesis 2:7). But the hastily arrived-at decision by humankind to follow its own path rather than the Creator’s revealed way led to separation. Genesis tells us that, as a result, God “drove out the man” from the garden “to till the ground from which he was taken” (Genesis 3:23–24). The degradation and destruction of that ground or soil has become emblematic of humanity’s journey without its Creator. Not surprisingly, when human beings are out of a right relationship with their Creator, suffering results for them, for the land, and for nature. On the other hand, the restoration of humankind, land and nature flows from alignment with the Creator’s way.

The prophet Hosea spoke about the land of people who were out of sync with God’s right ways to live. He wrote: “The Lord brings a charge against the inhabitants of the land: ‘There is no truth or mercy or knowledge of God in the land. By swearing and lying, killing and stealing and committing adultery, they break all restraint, with bloodshed upon bloodshed. Therefore the land will mourn; and everyone who dwells there will waste away with the beasts of the field and the birds of the air; even the fish of the sea will be taken away’” (Hosea 4:1–3). The sorry state of man and nature is the result of wrong ways of thinking and doing. Our moral failure is mirrored in the world around us. When we fail to honor parents, according to the Fifth Commandment, we run the risk of not living long on the land (adamah, which could also be translated “fertile soil”). As Old Testament scholar Ellen Davis puts it, “human dysfunction evidences itself in the natural order.”

“We have fallen short of God’s intention that we should enact our resemblance to God through the exercise of benevolent dominion over the creatures.”

Does it take prophets to convince us of what stares us in the face? Then we must consider Isaiah’s words more than 2,600 years ago about the final judgment coming on the earth in what he and other prophets referred to as “the day of the Lord”: “The earth lies defiled [polluted] under its inhabitants; for they have transgressed the laws, violated the statutes, broken the everlasting covenant. Therefore a curse devours the earth, and its inhabitants suffer for their guilt; therefore the inhabitants of the earth are scorched, and few men are left” (Isaiah 24:5–6, ESV). It’s a frightening prospect.

But is restoration still possible? From where and how can it come?

Rewind to the beginning. Restoration comes from understanding and putting into practice the Creator’s will and His design for the earth. Laws were laid down from the start that governed the right use of nature. There is use and ab-use in human life. Right use is using a thing only for the purpose for which it was designed and within its natural limits. Soil, land and by extension the planet, in all its diversity, function within the limits imposed on them from their beginning. Abuse means ignoring those limits. Right use is about acting with justice toward all of God’s creation—the human and the animal. Yet as we’ve seen across the centuries, any impulse to generally follow that way has been avoided. And so we are at the doorstep of unparalleled disaster. Still, from a moral/ethical perspective there is hope, in that restoration is guaranteed.

Some of the same prophets we encountered earlier speak of such a time. The ultimate restoration of all things comes when humankind has gone so far in its degradation of self and planet that without outside intervention “no flesh would be saved” (Matthew 24:22). That final impasse can result from global warfare with “doomsday weapons”—whatever form they will take at that time—aided and abetted by humanity’s willful abuse of the earth. For we are in fact, at this moment, waging war against ourselves and against what sustains us! As Deborah Koons Garcia’s work shows, the importance of soil cannot be underestimated. Without healthy soil and water, the story of man will come to a catastrophic end. Yet degraded soil is only a symptom of the degraded human moral condition.

We know the problem. We know we have caused it. We know we are morally out of sync. But will we seek the right paths? Some few will heed and follow the lead of the Scriptures. But the odds are against a sufficient level of change to head off the inevitable. The ultimate shift in behavior will have to be imposed to save humanity from itself.

A bright world of abundance and prosperity in balance with nature lies ahead. It will be, in the words of Jesus’ follower Peter, “the times of restoration of all things, which God has spoken by the mouth of all His holy prophets since the world began” (Acts 3:21), the day when the earth and its people will recover good ground literally and morally. “For I will pour water on the thirsty land, and streams on the dry ground; I will pour my Spirit upon your offspring, and my blessing on your descendants” (Isaiah 44:3, ESV).