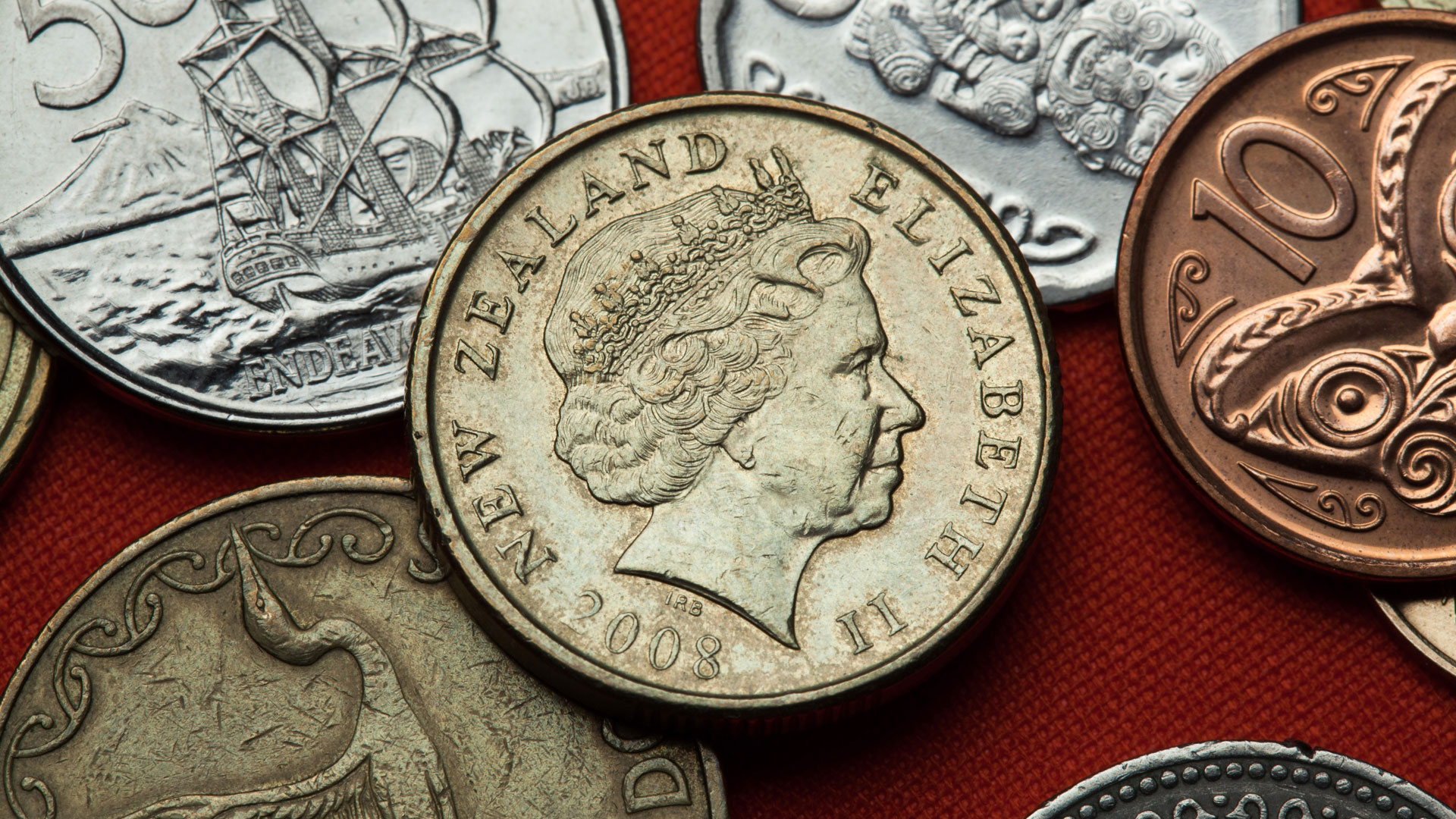 There was a time when many little girls, as they grew up, would dream of being a princess, living in a palace, and marrying a handsome prince. For Elizabeth, daughter of the Duke and Duchess of York, however, this was not a dream but reality.

Born on April 21, 1926, Elizabeth was third in line for the throne after her uncle, Edward, the Prince of Wales, and her father, the Duke of York. Despite this position, however, there was little prospect that she would ever become the queen of England. Edward was young and healthy. He was expected to marry and have children who would precede Elizabeth in the line of succession.

Elizabeth’s upbringing was very conventional for the time. Her mother, when asked what she considered to be her main duty replied: “Bringing up my children.” The family lived at 145 Piccadilly, in London. This was a typical town house for aristocrats, with 25 bedrooms and a staff of servants. “Lilibet” was a bright and interesting child with a pleasing and generous nature and a lifelong interest in animals, especially horses and dogs. Her parents instilled in her a strong sense of duty from an early age. Her sister and only sibling, Margaret Rose, was born in August 1930. The girls were given a broad and conventional home-based education.

Edward became king in 1936, but even before he could be crowned, he provoked a massive constitutional crisis. His desire to marry American divorcee, Wallis Simpson, was strongly opposed by the entire royal family, the Church of England and almost all British politicians. He abdicated, which meant giving up the throne, in December 1936. As next in line, Elizabeth’s father, the Duke of York, became King George VI.

This new role was unsought and unwelcome. The king lacked the charm and charisma of his older brother, and a speech impediment had earned him the nickname: “the stuttering Duke of York.”

Elizabeth’s teenage years were dominated by the Second World War, and in May 1940, the princesses were moved from Buckingham Palace to Windsor Castle for safety reasons. The Palace itself was bombed on nine occasions.

On October 13th Elizabeth gave her first radio broadcast. Carefully scripted and intended to boost morale at a time of national crisis, the message was aimed at the children of the British empire.

In 1946 the 20-year-old heir to the throne was faced with the question of whom she would marry. It was “unthinkable” that she would remain unmarried, but the only man with whom she had had any serious romantic relationship was Prince Philip of Greece. They had met during a royal visit to Dartmouth Royal Naval College in 1939.

The royal wedding took place on November 20, 1947, but not all were happy with Elizabeth’s choice of a husband. Although of royal birth, Philip was a Greek, and his four sisters had married Germans. This association with former enemies did not go down well in some quarters, despite the fact that Philip had served with distinction in the Royal Navy.

Nevertheless, the young couple were very much in love. Crawfie, Elizabeth’s former governess, had ventured to offer the younger woman some advice on the subject of matrimony: “When you marry, you must not expect the honeymoon to last forever. Sooner or later you will meet the stresses and strains of everyday life. You must not expect your husband to be constantly at your side” . . . (The Queen—A Biography of Elizabeth II by Ben Pimlott. Page 139).

In 1949 Prince Philip was appointed second in command of HMS Chequers, based at Malta, where the royal couple lived for two years. This is commonly regarded as one of the happiest periods in Elizabeth’s life. With two young children, Charles born in 1948 and Anne in 1950, the Princess experienced a “normal” married life.

Elizabeth’s father, the king, however, experienced declining health. Suffering from several smoking-related diseases, including lung cancer, he died on February 6, 1952. Elizabeth and Philip, who were paying a royal visit to Kenya, hurried back to London.

The Coronation of the new Queen Elizabeth took place on June 2, 1953. The event was a lavish and majestic spectacle and was shown live on television. The queen, being a deeply religious woman, decided that the moment of anointing, however, was too sacred to be shown.

From the outset, Elizabeth was held in high esteem and affection, not only in the United Kingdom but throughout the Commonwealth. Her strong sense of dedication had been revealed a few years earlier in a speech she gave in South Africa on her 21st birthday. She read with dignity and earnestness from the prepared script, giving a deeper meaning to the words than even her speech writer had intended: “I declare before you all that my whole life, whether it be long or short, shall be devoted to your service and the service of our great Imperial family to which we all belong, but I shall not have the strength to carry out this resolution alone unless you join in with me, as I now invite you to do. I know that your support will be unfailingly given. God help me to make good my vow and God bless all of you who are willing to share in it.”

Throughout her reign, Queen Elizabeth has consistently demonstrated her profound sense of responsibility to the nation, as did her father and mother before her. Michael Mann, the Dean of Windsor and former Bishop of Dudley, wrote: “The one lesson that the abdication of Edward VIII burnt deep into the souls of the present Queen and Queen Mother was that you never, never abdicate your duty. The Queen has always seen that with privilege goes responsibility” (quoted by Douglas Keay, The Queen, 1991).

The role of monarch is not always an easy one. Some decisions are very difficult and emotionally charged. Royal marriages require the personal approval of the monarch. Early in her reign, Elizabeth was asked to approve a marriage request from her sister Margaret. She wished to marry the much-decorated, Battle of Britain pilot Peter Townsend. As head of the Church of England, however, the queen decided to uphold the position of the Church that members of the royal family should not marry anyone who has been divorced. This decision to put duty before personal happiness became a defining feature of her reign.

Ten years after Anne’s birth, two more children were born to the queen: Prince Andrew in 1960 and Prince Edward in 1964. The decade of the 1960s saw a diminishing interest in the royal family by the media and general population. The queen’s Christmas broadcast, which was once watched by half of the U.K. population, fell steadily in the ratings.

Despite this trend, the 1977 Silver Jubilee celebrations were regarded as a spectacular success. Elizabeth’s personal popularity remained high and her numerous overseas visits were generally well received.

Queen Elizabeth has demonstrated a remarkable resiliency despite the negative publicity several other members of the royal family have generated.

The year 1992 could well be described as one of the lowest points in the Queen’s reign. Three marriage failures among the younger generation of royals was followed by a disastrous fire at Windsor Castle. This prompted her to describe this year as her personal annus horribilis.

Early in the year, an official announcement was made that the queen’s second son, Andrew, would separate from his wife, the Duchess of York (Sarah Ferguson). Not long after this, Princess Anne began divorce proceedings against Mark Phillips.

As if these events were not bad enough, the marital problems of Prince Charles and Princess Diana received huge adverse publicity by the publication of Andrew Morton’s book Diana: Her True Story.

Finally, in November, Windsor Castle suffered a damaging fire which created much initial sympathy for the “shocked and devastated” queen. There was, however, a dramatic change in the public mood when it was revealed that the 20- to 40-million-pound repair bill for the uninsured castle would be covered by the tax payer. Why should not the queen, perhaps the wealthiest person in the country, who did not even pay tax, cover the cost herself, her subjects wondered?

Despite controversies of this sort that have impacted Queen Elizabeth in recent years, history will probably record that her reign has been one of the most successful in British history.