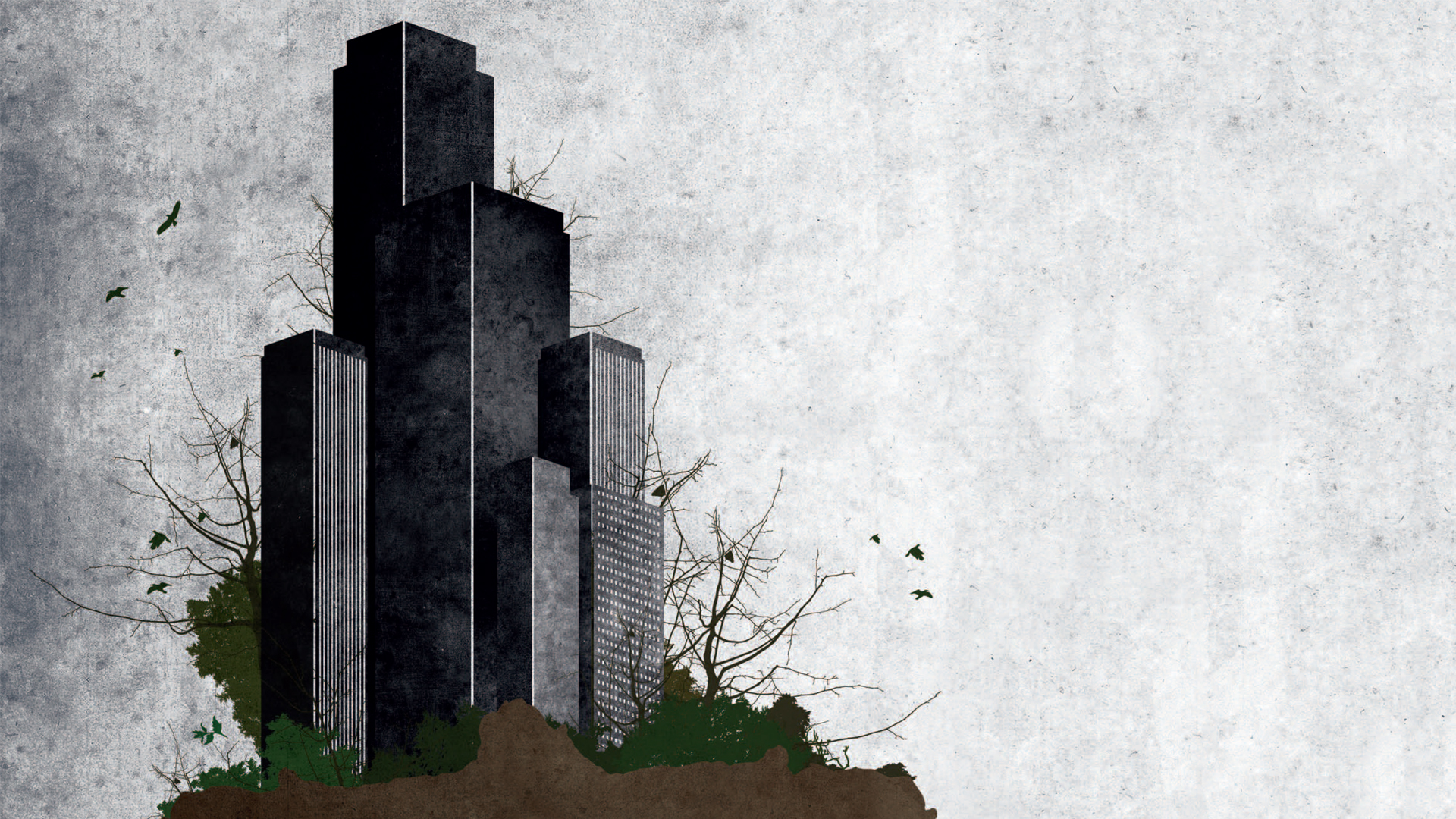 Land is capable of providing economic independence. But in capitalistic democracies we abuse land as a consumable commodity, greedily extracting maximum profits based on unsustainable models. Caught up in the unrestrained pursuit of wealth, we destroy land’s true value—its stabilizing effect on the economy and our social fabric—and thereby condemn humanity to endlessly compete for scarce resources.

The problem began when we learned to buy and sell land. This legal development is exacerbated in the modern world by the application of two philosophies of land use and development. First, that land should always be developed to its “highest and best use”—that is, the use that is expected to achieve maximum economic productivity, limited only by what is legally permissible and physically and financially possible. Second, that land must be freely alienable; it must be able to be sold, traded or exchanged free of restrictions, except those imposed to ensure its highest and best use.

Under this system, the value of land is based solely on free-market principles: its utility to a buyer and the highest possible yield to the seller. This perspective institutionalizes the exploitation of resources and people, because it fosters the consolidation of land ownership among the wealthy and restricts land use to that which produces the highest profit in the shortest period of time. The potential use of the land varies, but the singular focus on profit does not. So landlords are incentivized to squeeze out every last drop of rental income and to slash expenses, regardless of long-term consequences.

By chasing perpetual and uninterrupted growth, we’ve established an aggressive, competitive landlord paradigm. Our system artificially and unsustainably inflates land value and creates perverse incentives. We care little about long-term ramifications when we are paid handsomely today, no matter what. Thus land-use systems demand more and more productivity from the land. Families are moved into dense and “efficient” urban labor centers, while agribusiness corporations pump food products out of the dying soil left behind.

But the greatest exploitation in a highest-and-best-use analysis is the fact that land’s transcendent value is forgotten. It is more than a commodity to be bought and sold. Yet our intimate connection to the land as a life-giving and life-sustaining resource, without which we would not survive, is not a factor in the equation used to compute its value. Driven off the land and into cities in order to compete and survive, we lose not only the ability to sustain ourselves but also any real economic freedom. When hard times come, as they always do, we are at the mercy of society, which must bear the cost of feeding the poor and caring for the homeless. Whether the example is monoculture food production, pollution-generating manufacturing, or high-density communities, human health and ecological sustainability are often sacrificed for so-called “highest and best use.”

“It came about that owners no longer worked on their farms. They farmed on paper; and they forgot the land, the smell, the feel of it, and remembered only that they owned it, remembered only what they gained and lost by it.”

It is immediately apparent that two changes are needed in our land-use system. First, our unsustainable pursuit of infinite growth must be constrained. The Creator and designer of this earth recognized this and outlined a very different model for the ancient nation of Israel. Second, we must seek and practice principles of stewardship by which to comprehend and enhance the value of land beyond simple mathematical formulas. What value can be placed on broad-based family ownership of land that enables people to sustain themselves economically? What contribution might such a land-use system, in conjunction with responsible urban development, make to eliminating the cost of urban blight, homelessness, drug abuse and any number of the ills that plague society today?

When it comes to us oppressing ourselves economically, emotionally, psychologically and spiritually, the notion that our economy can and should grow perpetually is one of the most damaging lies we tell ourselves. Why the proposition of infinite growth should seem rational in a world with finite resources is a mystery.

And the mystery rapidly descends to pure delusion if we stop to consider factors such as population growth, increasing urbanization, and the rate at which we are consuming renewable and nonrenewable resources that are necessary to sustain life. How long before our obsessive pursuit of perpetual economic growth leads to the destruction of all life on the earth through wars over limited resources? We need to consider how our use of the earth’s resources may be connected to increasingly frequent eco-disasters. The apostle Paul’s description of the earth as “subjected to futility” and in “bondage to decay” (Romans 8:19–22, English Standard Version) seems more descriptive of our time than does the “freedom” promised by the free market and democracy.

It is popular to blame God when natural disasters strike. But the ancient prophets had a different view. The prophet Joel’s message (Joel 1:4–2:11) was for humankind to change the way we think and behave. He saw the problem as one of our own making, brought on because we ignore the Creator’s purpose for the creation and His instruction on how to care for it.

If humans have the power to overthrow governments that practice oppression and tyranny, does the earth possess a similar power? Perhaps the natural environment rebels against human oppression and tyranny. Perhaps it groans under our heavy hand. If so, then the carnage of our most recent eco-disasters is merely a prelude to the future as the earth rids itself of its overlords.

And what about the toll perpetual economic growth extracts from us as we labor ever longer to produce more this year than we did last year? Even our Creator ceased from working (Genesis 2:1), and He wants us to do the same (Exodus 20:8). What is more, he requires us to do for the earth what he is willing to do for us—to let it rest from its labor (Leviticus 25:1–4, 10–11). Rather than perpetual growth that places ever-increasing demands on people and the earth, He mandates a periodic release of economic pressure. Of course, the overriding concern would be “How do I eat?” (Leviticus 25:18–21). But if a cessation of commercial economic activity is something God requires, perhaps we should trust Him to provide what we need to make that possible.

Or we can continue to oppress ourselves and the earth and reap whatever reward that approach has to offer.