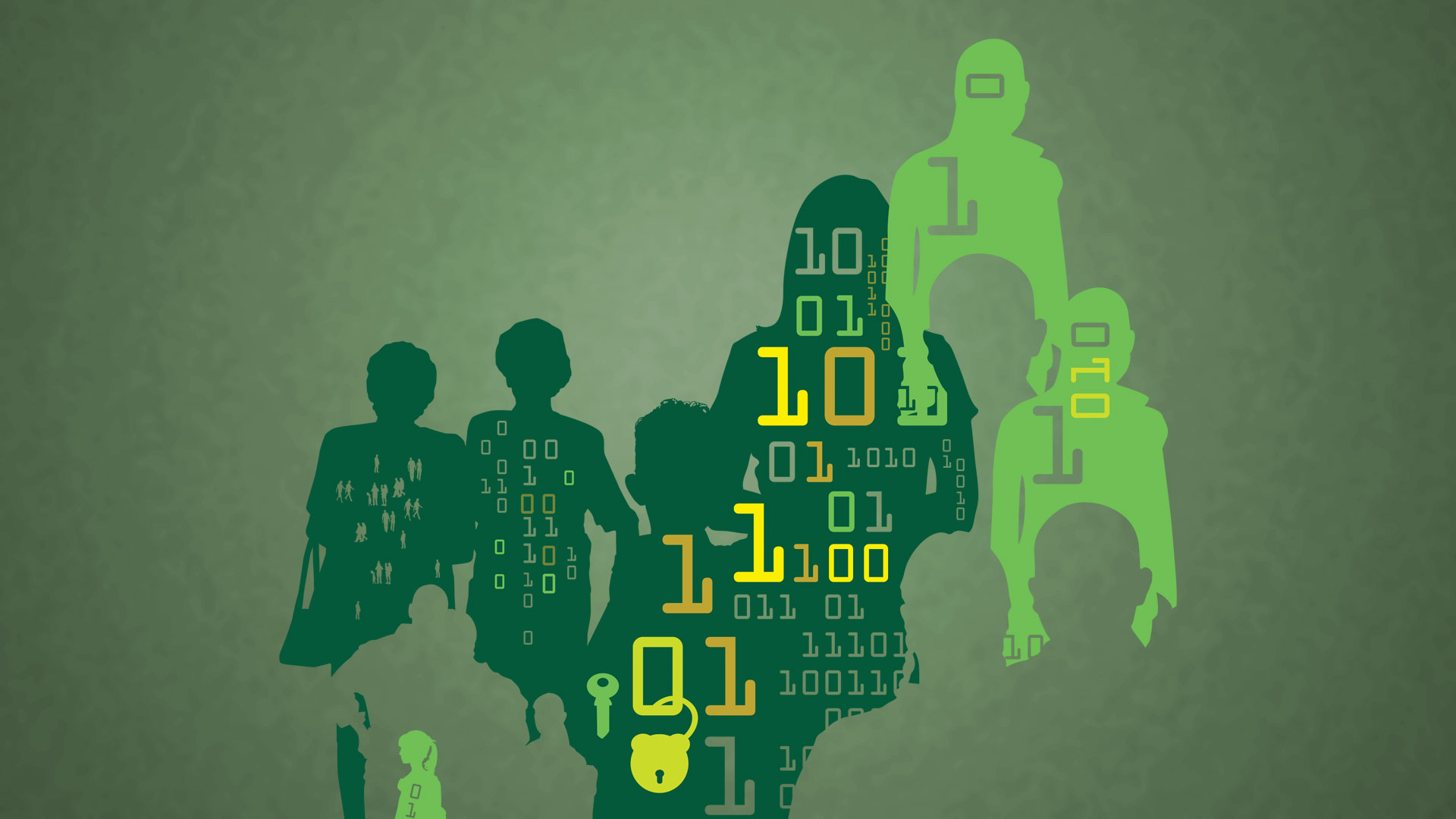 Philosophers have long sought to understand and define truth. For most people today, however, truth is simply the opposite of falsehood. This idea is well entrenched in our societies, which commonly use true-or-false questions to test students all the way up to the university level. It’s a purely rational and logical way of looking at things, and it is at the heart of the belief that human beings can ultimately know all there is to know through reason. We may not have the answer today, but given time, it will be discovered.

We have not arrived here by accident. In Europe during the medieval and early modern period, three “estates” helped shape the ideas by which societies were governed. The make-up of these estates varied from country to country and from time to time, but they represented layers of citizenry under the monarch, often expressed as clergy, nobility and common people. At any given time, the monarch or one of these three entities held sway; so power to steer the masses (and thus dictate “truth”) might lie at different times with the king, or with the church, the wealthy or eventually the commoners themselves.

In the early 19th century some in Britain noted the rise of a fourth estate, namely the media; they began to see the newspapers of their time as a powerful additional force in shaping ideas and establishing truth. But that wasn’t the final word, of course. Knowledge increased, and by the early 20th century science had come to be viewed by some as a fifth estate. In fact, scientific methods and proofs have become much more rigorous over the past century and in the minds of many have fully replaced all earlier approaches, in particular philosophy and religion, as the way to truth. Exact results can be established, after all, by a process of repeated experimentation. This is empirical truth—that which is based on observation and experience.

“Truth is one of the central subjects in philosophy. It is also one of the largest. Truth has been a topic of discussion in its own right for thousands of years.”

By whatever means people seek truth, however, they often have difficulty distinguishing it from the seeming reality of their own perceptions. Society by its standards and approaches feeds this misconception. Our law courts claim to operate on the basis of truth, but they allow it to be shaped by the perceptions of the plaintiff, the defendant and the witnesses. The incidence of false convictions undermines such notions of truth. Journalism is also supposed to be based on a pursuit of truth, but that too depends largely on the perceived reality of the reporter or the editor.

Even science may be based on the perceived reality of the scientist. Biologist and renowned atheist Richard Dawkins has made a name for himself by loudly proclaiming that reason is the only means by which truth can be established or known—that truth is what is discoverable by the human intellect, the product of our rational understanding and our increasing knowledge. Still, one of the chapters in his book The God Delusion is titled “Why There Almost Certainly Is No God” (emphasis added), suggesting that Dawkins’s deeply held convictions about the nonexistence of God are less absolute truth than perception—his admittedly unproven and unprovable belief that God exists only in people’s imaginations.

Philosophers, of course, are unwilling to surrender their role in determining truth. Lord Martin Rees is an associate of the American Philosophical Society, but he is also past president of the Royal Society, the paragon of British scientific endeavor. He recently took issue with the claims of Stephen Hawking, another eminent British scientist who has found a means to dispense with God and thus in a sense joins ranks with Dawkins. According to Rees and those like him, such notable scientists find it easy to speak about objective information, but they’re out of their element when it comes to the more subjective religious or philosophical aspects of humanity; philosophers who are also scientists, on the other hand, are comfortable in both arenas. Rees remarked in an interview published in The Independent (September 27, 2010) that Hawking “has read very little philosophy and even less theology, so I don’t think we should attach any weight to his views on this topic.”

Theology professor Andrew Louth would undoubtedly concur. In Discerning the Mystery: An Essay on the Nature of Theology, he builds on a statement by 19th-century Danish philosopher Søren Kierkegaard, arguing that science produces information and facts, and thus certain objective truths, but not the kind of truth that has been sought by generations of people. Louth holds that not all truth can be found in the objective approach of the sciences.

Still, atheistic popularizers of science have created a following, and so the debate goes on.

What disputes between the “learneds” in our society demonstrate is that on both sides, the concept of truth remains largely defined by opposites: something is either true or it is false. We feel comfortable with this, because it enables us to label and neatly organize everything around us in logical, black-and-white terms. And that helps us to feel that we have a measure of control.

“The problem of truth is in a way easy to state: what truths are, and what (if anything) makes them true. But this simple statement masks a great deal of controversy.”

Human society has not always thought this way, however. It is a product of humanistic thinking, and it owes its status to French philosopher René Descartes (1596–1650) and what we know today as Cartesian logic, or dualism.

Descartes is celebrated as the father of modern philosophical inquiry. His ideas were a starting point for those who in the next century brought about the Enlightenment—the Age of Reason.

English writer John Milton was contemporary with Descartes but not influenced by his approach. We know him best through his poetry, especially his epics Paradise Lost and Paradise Regained not just poems but theological treatises. In a modern-day introduction to Paradise Lost, scholar David Hawkes comments on Milton’s pre-Cartesian paradigm. He notes that modern readers often question the relevance of what he calls “the biblical creation myth” in the current scientific age, a time when (again in Hawkes’s words) “the historical veracity of Genesis has been disproved.” He goes on: “The first task facing newcomers to the poem is to overcome the prejudice, shared today by religious fundamentalists and secularists alike, that the Bible story must be either literally true or utterly false. We must understand that for Milton and his contemporaries, scripture was to be interpreted on many different levels, of which the literal was by no means the most significant.”

As Hawkes notes, Cartesian logic and the Age of Reason have caught up with “religious fundamentalists and secularists alike.” Today we find fundamentalist and evangelical Christians involved in the same pursuit as scientists, in that they want to establish the veracity of the Bible by the use of empirical data or truths. They therefore go off looking for Noah’s ark or some other evidentiary proof of the biblical account with which to assail the unbeliever.

Hawkes continues: “Milton believed that truth was historical, that it changed and developed along with human society. He viewed history as a narrative, a continuously evolving revelation of truth.” But is this what truth is about—a never-ending movable target motivated and changed by the latest philosophical or societal whimsy? Is it simply a matter of how society chooses to use the term?

Truth With a Capital T

The Bible says, “You shall know the truth, and the truth shall make you free” (John 8:32). If we view truth as more than just knowledge, what is truth that makes us free?

First we might better ask yet again, What is truth? And what else does the Bible say about it?

The subject features often in the Scriptures, whether Hebrew or Greek. Although the term is sometimes used in a legal sense—for instance a true witness as opposed to a false witness—it is constantly linked to a higher standard than what might be established through human understanding or reason.

Most people who profess Christianity view truth according to a statement by Jesus Christ Himself: “Your word is truth” (John 17:17; see “The Truth of the Matter”). Because the term “God’s Word,” in English usage, is often synonymous with “the Bible,” many Christians equate truth with the Bible.

Jesus’ words are best understood in connection with a statement in Exodus 34:6–7, which identifies truth as a part of the very character of the Being who led Israel out of Egypt. But not only is it part of God’s character; we also find that truth can be internalized as people submit to the rule of God in their life (Psalm 51:6). Having been internalized, it then drives their entire way of life, as testified to by the example of the patriarch Abraham’s servant (Genesis 24:27, 48).

Hence truth encompasses much more than we might comprehend in our use of the term today. It is a part of godly character, a quality that is to become a part of our character as well. That scriptural dimension is clearly absent both in current debates and in philosophical discourses of the past. Truth is neither solely empirical nor only the outcome of a philosophical discussion. It isn’t limited to the words of the Bible, whether in the original languages or as translated into one of hundreds of other languages that can then be set in possible opposition to the ideas of science or philosophy.

Humanity has sought ultimate truth for millennia without success. Our only hope of finding it is through an appreciation of the character of God Almighty. A clear understanding is available to those who wish to understand: truth is a character quality of the one who is known as the Son of God, who came to this earth as a role model for all humanity. It is only attainable when we follow that model and live as He lived.