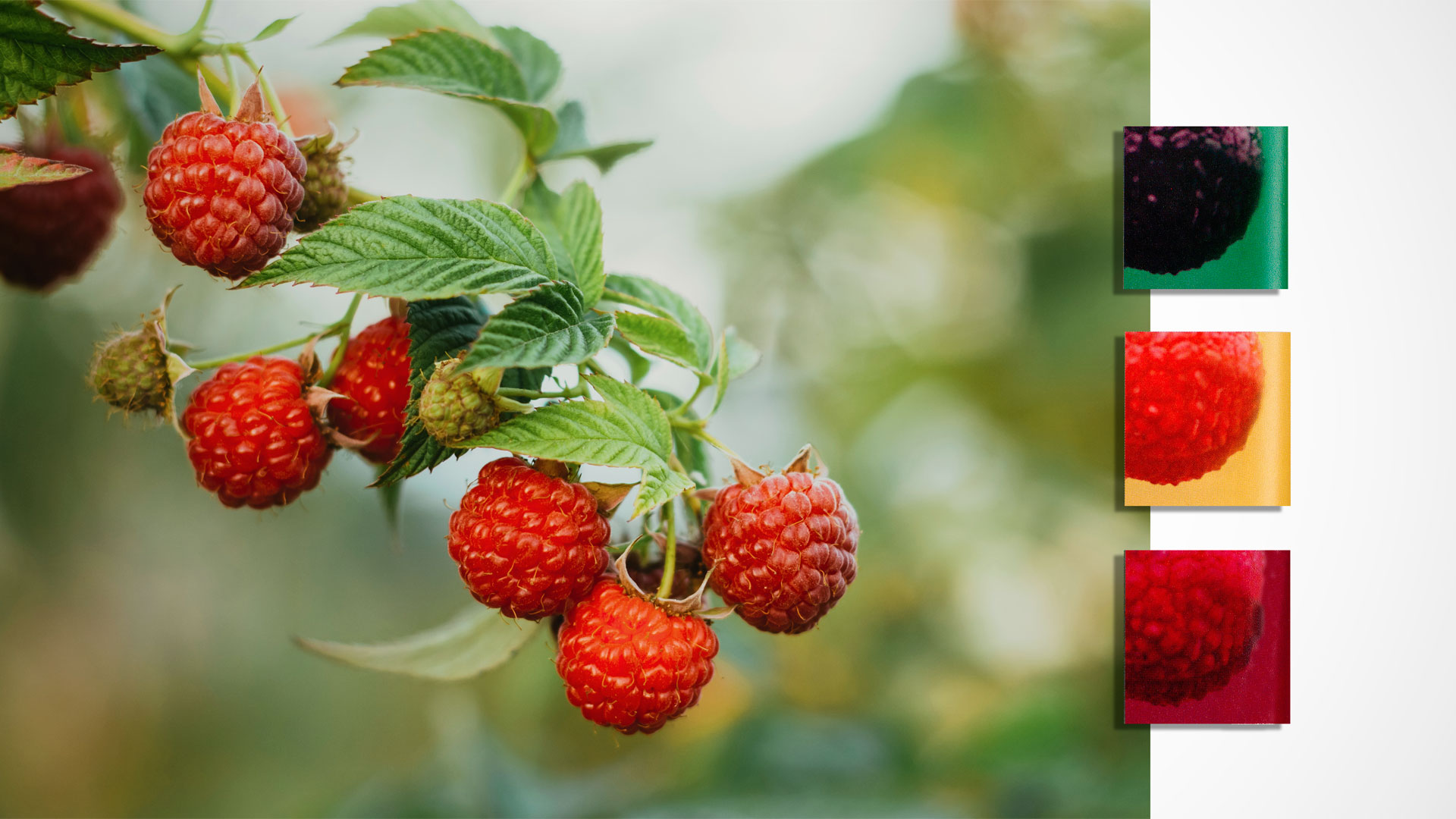 In a fascinating secular reference to Christianity’s central figure, the pro-Roman Jewish historian Josephus, writing at the end of the first century, mentions Jesus of Nazareth. It is the only early reference to His existence outside the New Testament. Among other statements, Josephus refers to Jesus as “a doer of wonders.”

To the 21st-century world, accounts of the wonders or miracles Jesus performed must surely be one of the more puzzling aspects of His ministry. The skeptical mind has to attempt explanations that cast a shadow over what is plainly and simply stated in the New Testament record. Of course, a miracle is not open to rational explanation.

What we do know is that after the end of Jesus’ ministry, His followers were willing to die for what they believed about Him. Some of those same followers wrote of their own experiences as they witnessed His miraculous works. As a consequence, Part Seven of our series on the Gospels includes accounts of several of Jesus’ “wonders.”

We begin with His departure from the hillside overlooking the Sea of Galilee at the conclusion of the Sermon on the Mount. As He walked toward Capernaum, a small fishing village at the water’s edge, a large crowd followed Him. Then, somewhere in the vicinity of the synagogue, the local Jewish leaders told Jesus about a very sick man who needed His help. The man happened to be the servant of a Roman centurion (Luke 7:1–3).

In an interesting aside about Roman-Jewish relations, we learn that the centurion had apparently built the Capernaum synagogue out of respect for the Jewish people. The black basalt foundations of that same synagogue may be what visitors see today when they tour the area.

On the way to visit the paralyzed man, messengers came to Jesus from the centurion. The centurion, they said, believed that he was unworthy of Jesus’ visit and simply asked that Jesus say the word and his servant would be healed.

Jesus now knew that it wasn’t necessary to go any further. The centurion understood that Jesus had the authority to command sickness to depart, and that it would happen—rather like a Roman officer commanding his men to perform a task. His faith went beyond the need for Jesus’ physical presence with his servant. It was a valuable lesson for all to understand.

The next day, at the small village of Nain on the plateau above Capernaum, another of Jesus’ miracles caused the public to proclaim, “A great prophet has appeared among us,” and “God has come to help his people.” What Jesus saw as He approached the town was a funeral procession. A widow’s only son had died. Jesus’ compassion for the woman led Him to touch the coffin and raise the young man to life (verses 11–17).

This was the kind of miracle to bring a great deal of attention. Yet there was one man who was beginning to doubt Jesus.

Surprisingly, we discover in the Gospel narrative that John the Baptist, languishing in Herod’s fortress prison overlooking the Dead Sea, had begun to wonder about the legitimacy of Jesus’ mission.

John the Baptist, languishing in Herod’s fortress prison overlooking the Dead Sea, had begun to wonder about the legitimacy of Jesus’ mission.

John’s disciples had come to him with news of Jesus’ growing work. John’s response seems to show a troubled mind. Was he so despondent in prison that he had lost faith in Jesus, even though he had earlier announced Him as the Lamb of God, the One whose sandals he was not worthy to untie (John 1:26–31)?

John asked his disciples to go back and ask Jesus, “Are you the one who was to come, or should we expect someone else?” (Luke 7:18–19). Perhaps John was looking for a more immediate resolution of Roman oppression. Perhaps he thought of Jesus as a political Messiah as well as a religious one.

When his disciples asked John’s question, Jesus’ reply was unambiguous. “Go back and report to John what you have seen and heard: The blind receive sight, the lame walk, those who have leprosy are cured, the deaf hear, the dead are raised, and the good news is preached to the poor. Blessed is the man who does not fall away on account of me.” Jesus was saying that the miracles He performed by God’s power provided some of the evidence of His Messiahship.

When John’s disciples left to carry the message back, Jesus took the opportunity to explain to the crowds about the Baptist. He told them that John was a great prophet, one specified in the Scriptures as the messenger who would precede Jesus’ own coming. He said John was a modern-day Elijah—one of ancient Israel’s greatest prophets; but more than that, He said there had not been anyone greater than John the Baptist (verses 27–28; Matthew 11:11–14).

It was, of course, the ordinary people who had recognized the correctness of John’s teaching. The Pharisees and experts in the law had not responded to his message of repentance and baptism. Jesus was displeased by this lack of right reaction to John.

Not to the Wise and Learned

John was not the only one whose message was going unheeded. Following in the footsteps of their forefathers, many who should have known better were rejecting the words and works of Jesus. In the Galilean towns of Bethsaida and Capernaum, for instance, Jesus had performed many of His miracles, and there had been little positive response from the so-called wise and learned.

No doubt another place Jesus spoke was the village of Korazin in the hills above the Sea of Galilee. The remains of a synagogue, perhaps a successor to the one Jesus visited, are still there. The village was also one of those that Jesus condemned for its lack of acceptance of His message. The black stone ruins are a stark reminder of Korazin’s fate. As Jesus said, “If the miracles that were performed in you had been performed in Tyre and Sidon, they would have repented long ago in sackcloth and ashes. But I tell you, it will be more bearable for Tyre and Sidon on the day of judgment than for you” (Matthew 11:21–22).

Those burdened with life would find peace of mind. Those who saw their own need to learn would be taught truth.

Jesus’ criticism of the so-called wise and learned, and His recognition of the willing response of what He called “the little children,” emphasized the uniqueness of His work. In the main, it was the ordinary folk who would also benefit from His teaching, not those filled with pride of position, power and intellect. Those burdened with life would find peace of mind. Those who saw their own need to learn would be taught truth.

It wasn’t long before another opportunity arose for Jesus to contrast the attitudes of the Pharisees and of the people. Jesus was eating dinner one evening in a Pharisee’s home. A woman who had lived a sinful life came to the house to see Him (Luke 7:36–37). We’re not told who she was or what her sins were. Speculation has it that she was a prostitute who had heard Jesus’ message and now came to show her repentance.

She began to weep at Jesus’ feet and poured perfume on them (verse 38). Attending to the feet was a servant’s job; it was a mark of humility on the woman’s part that she would do this, and symbolic of her deep repentance for her sins. Luke tells us that the woman wiped Jesus’ feet with her hair, indicating that it was not tied up. This is somewhat unusual; a woman would normally have had her hair bound when in public. This may be a further indication of the woman’s sinful life.

The Pharisee, whose name was Simon, obviously did not approve of Jesus’ tolerance of the fallen woman. He thought to himself, Jesus cannot be a holy man or he wouldn’t let this kind of woman touch him.

Jesus, perceiving Simon’s attitude, said, “When I came to your house, you didn’t offer water to wash My feet or greet Me with a kiss or anoint My head with oil. But this woman has wet My feet with her tears of repentance, kissed My feet and perfumed them. She has shown an attitude of great love and humility, and her many sins have been forgiven. In contrast, Simon, your lack of love and humility may mean you have been forgiven little, because you haven’t sought God’s forgiveness” (verses 44–47, paraphrased).

Rejected by His Own

Soon after this, Jesus began His second tour of the Galilean region, taking with Him His 12 disciples and certain women who supported them from their own means (Luke 8:1–3). Some of the women are mentioned by name. One of them, Joanna, provides an interesting connection with the political culture of the time. She was the wife of a man named Cuza, who was manager of King Herod Antipas’s household. It seems likely that such proximity to Herod would have allowed the king to know about Jesus’ activities sooner or later. Herod’s anxious involvement with the ministries of Jesus and John the Baptist is certainly a subtheme in the Gospel accounts.

But it was not only the political and religious leaders who worried about Jesus and His activities. Even His own family was concerned about Him, especially now that the crowds following Jesus were so great that at times He couldn’t even eat. His family was also apparently worried about his sanity: “He is out of his mind,” they are reported as saying (Mark 3:21). Obviously their belief in their remarkable relative was very limited at this point.

Like the prophets of old, Jesus was suffering the rejection that is common to God’s messengers.

As Jesus’ miracles continued, however, the crowds speculated that He might be the Messiah, the son of David. The religious leadership, of course, rejected the thought and preferred instead the accusation that He was in league with the prince of demons, Beelzebub, or Satan. How often those who are doing right are vilified. Like the prophets of old, Jesus was suffering the rejection that is common to God’s messengers.

But such contempt did not prevent Jesus from continuing to draw the line. He pointed out to the legalists from Jerusalem that a house divided against itself cannot stand (Mark 3:25). It made no sense to accuse Jesus of collusion with Satan when He was ridding the demon-possessed of their spirit tormentors. Rather, Jesus warned the Pharisees to beware of accusing the Holy Spirit of evil; that, He said, is a sin that cannot be forgiven.

Drawing on the analogy of good fruit from good trees and bad fruit from bad ones, Jesus characterized the hypocritical Pharisees as a brood of vipers, unable to say anything good from the heart (Matthew 12:33–35).

The rejection of Jesus by the scribes and Pharisees only heightened His determination to make clear who was teaching truth and who wasn’t.

At that moment, His mother and other family members arrived and asked for Him. His response was to make the point that the spiritual family (those who follow His way) is more important than the physical family (verses 46–50). Remember, His own family thought Him insane. So Jesus emphasized that His mother and brothers are those who hear God’s word and put it into practice.