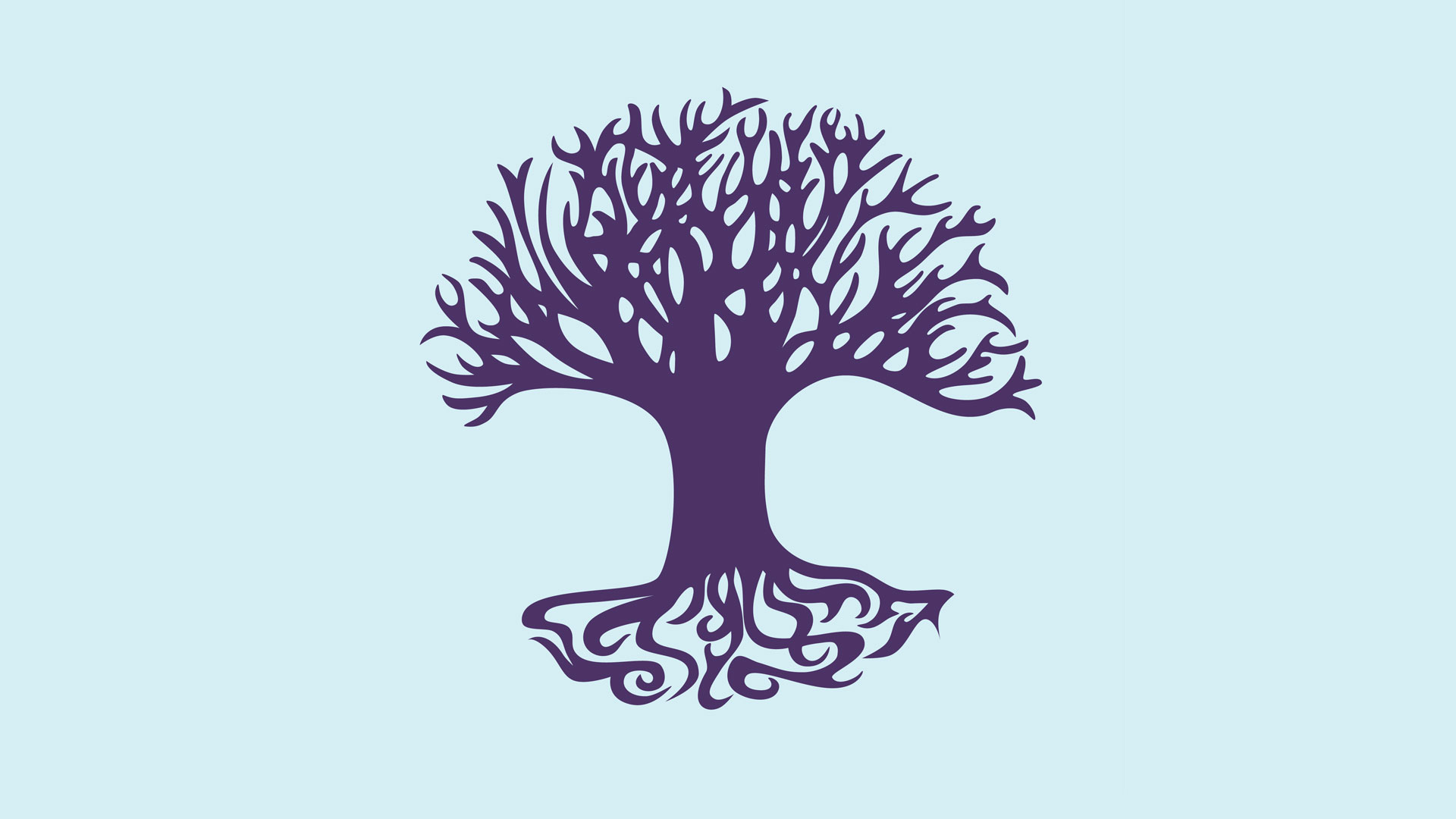 The quest for eternal life and the exploits of immortal heroes is an enduring theme of legend and literature. A now largely forgotten British author, Sir Henry Rider Haggard, was one who capitalized on it. His most celebrated novel was recreated as the movie King Solomon’s Mines. But among Haggard’s numerous 19th- and early-20th-century novels are two other works: She and Ayesha: The Return of She.

“She” is the goddess Ayesha, whose name derives from the Arabic Aisha, meaning “alive” or “living” or “she who lives,” and is also closely related to the Hebrew Isha, or “woman.” The somewhat dubious heroine finds eternal life by immersing herself in a pillar of fire in a secret underground cave. When she later reenters the fire of life at the heart of a volcano, however, she emerges from it horribly old. Before apparently dying, Ayesha begs her devastated lover to remember her as she was in her youth and beauty. The sequel reintroduces the goddess, who is alive after all, and her lover, an Englishman named Leo Vincey. But their reunion does not last: despite all their efforts, eternal life escapes Leo in the end.

Rider Haggard’s characters were immensely popular, no doubt in part because he had tapped into the enduring human yearning for immortality. Humanity’s general fear of death and what may lie beyond may explain why some myths tell of times when eternal life was almost attained.

Is it possible that there is a single source for this idea of paradise lost? Is there perhaps an underlying original account that has been only dimly comprehended? And is it possible that, by discovering it, we might also find the way of attaining that which was lost?

The quest for eternal life is as old as recorded history itself. One of the most ancient and famous accounts of the human quest for eternity is The Epic of Gilgamesh. This Mesopotamian epic from the second millennium B.C.E. was first translated into English from cuneiform tablets over a century ago.

“‘Weeping as if I were a woman I roam the paths and shores of unknown places saying: “Must I die too? Must Gilgamesh be like that?”’ Then veiled Siduri replied to Gilgamesh: ‘Who is the mortal who can live forever? The life of man is short. Only the gods can live forever.’”

In the story, Gilgamesh gets tantalizingly close to immortality when he acquires from the seabed a special plant that bestows youth. But while he is bathing in a pool, a serpent catches scent of the prized object and eats it, denying Gilgamesh the eternal life to which he has come so close.

In another Mesopotamian story known as the myth of Adapa, the god Anu offers the hero, a leader among peoples, food that will bestow eternal life. But Adapa is warned not to eat or drink. Accordingly, “they fetched him the bread of life, but he would not eat. They fetched him the water of life, but he would not drink. . . . Anu watched him and laughed at him. ‘Come, Adapa, why didn’t you eat? Why didn’t you drink? Didn’t you want to be immortal? . . .’” Anu sends Adapa back to earth. Realizing too late the opportunity he has lost, another unfortunate hero misses out on eternal life.

It’s interesting that the Mesopotamian region, between the great Euphrates and Tigris rivers (the biblical setting of the Garden of Eden), is rich in myths about man’s deep regret at not attaining immortality. Gilgamesh’s and Adapa’s failures resonate with the account of Adam and Eve in the Garden. The book of Genesis shows that the tree of (eternal) life was readily accessible, but the serpent deceived Eve into eating from a different tree, forbidden by God: the tree of the knowledge of good and evil. Eve then persuaded Adam to eat of the same tree. As a result, God denied them access to the tree of life and expelled them from the Garden of Eden to face the consequences of their choice—pain, hard labor and inevitable death (Genesis 2:16–17; 3:1–24).

While Gilgamesh gained access to eternal life by great effort and had it stolen from him, Adam and Eve had free access to it yet accepted a disastrous alternative that ensured suffering and mortality.

Greek myths also have their share of seeking eternal life. The epics The Iliad and The Odyssey, ascribed to Homer, appear to borrow from the earlier Mesopotamian lore in a number of ways: The noble Odysseus shuns a goddess’s offer of eternal life. The chief god, Zeus, is moved by the tears of Memnon’s mother, Eos, and bestows immortality upon him. The twins Castor and Pollux, as well as the centaur Chiron, are given a kind of immortality by being assigned by Zeus as heavenly constellations.

Also found in Greek mythology is a reminder of Adam and Eve’s sad demise: In the story of Pandora and her famous “box,” Prometheus creates the first man. As a later act of vengeance on Prometheus, Zeus creates Pandora as the first woman and gives her as a “gift” and wife to Prometheus’s brother, Epimetheus, who takes her to the human realm. Pandora does not know what is inside the jar that Zeus has sent with her, and opening it out of curiosity, she unleashes many of humanity’s ills.

Another recurring ancient theme is a garden, which connects water and plants, and a tree in particular, to eternal life. As Jack Tresidder’s Complete Dictionary of Symbols points out, the garden is, “in ancient traditions, an image of the perfected world, cosmic order and harmony—paradise lost and regained. . . . a foretaste of the joys of immortality.”

The tree was seen in some belief systems as linking the waters of the underworld with heaven. In others there is a fountain, or Fons Vitae, near the tree, from which streams flow to the four cardinal points. The water of life figures in the myth of the descent of Ishtar into the underworld. In Norse cosmology, the World Tree or Yggdrasil is a giant ash tree that links the lower, middle and upper regions of the cosmos. This tree has three wells at its base, including the fount of wisdom, and one of its three roots is in the underworld.

In Chinese legend, acacia, tamarisk and various pine trees are linked with immortality, and the peaches of eternal life come from trees tended by the Queen Mother of the West. In Tibetan tradition the tree of eternal life is the willow. In Egypt, it is the sycamore fig; in other Middle Eastern traditions it is the olive, palm or pomegranate.

Again, could it be that these legends in fact have a common source, perhaps the account of the scriptural tree of life that stood in the midst of the Garden of Eden?

The biblical King Solomon understood that humans have an awareness of the concept of eternity that is unique among all creatures, and that they yearn for something beyond this fragile, troubled, mortal life. Solomon wrote that God “has made everything beautiful in its time. Also He has put eternity in their hearts, except that no one can find out the work that God does from beginning to end” (Ecclesiastes 3:11, emphasis added).

Man has always sought to understand, in different ways, both the distant past and the endless future. Death, so certain, so final, is the enemy that none of us will escape, though some, in both legend and history, have tried. But man as never before believes that, through science and biology, he is beginning to “find out the work that God does.” Will modern humanity finally find a way to cheat death—or at least greatly extend life? And if so, then what?

In pagan thought, death equated to the time when the human being would at last find eternity, though not always of a pleasant kind. What is notable about humanly devised myths and legends about eternal life, and even human efforts to simply postpone the inevitable, is that they give no real hope. They offer no promise that we will ever defeat death, nor any hope that life in the world beyond will ever encompass all that people yearn for. Even the notion of happily going to heaven or to some other form of paradise seldom seems to fully satisfy the grieving loved ones left behind. And it may come as a surprise that nowhere does the Bible, the book claimed by Christians as the foundation of belief, name heaven as the final destination of the saved.

There is, however, an answer to the question of eternal life in what the Bible refers to as “the resurrection of the dead.” This is also the answer to the loss of access to the tree of life reflected in the myths of various cultures. Paul writes, “But now Christ is risen from the dead, and has become the firstfruits of those who have fallen asleep. For since by man came death, by Man also came the resurrection of the dead. For as in Adam all die, even so in Christ all shall be made alive. The last enemy that will be destroyed is death” (1 Corinthians 15:20–22, 26).

Echoes of the biblical record of humanity’s struggle against mortality are everywhere. But which of those other accounts offers this kind of hope?