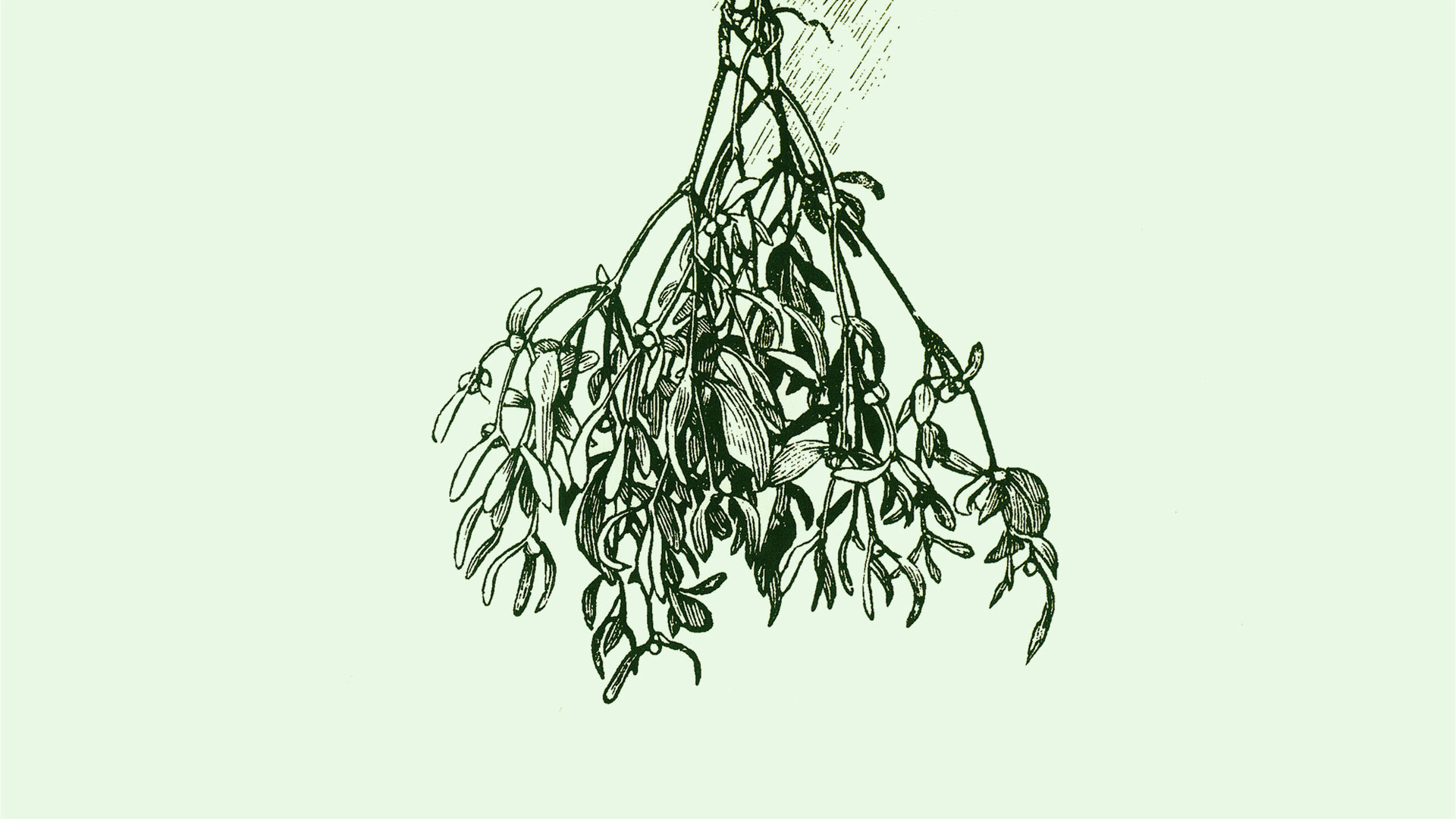 In its earliest years, the Christian Church didn’t keep Christmas. It wasn’t until more than three centuries after the birth of Christ that the holiday began to be associated with Roman Christianity.

History does not reveal exactly when Christians first celebrated the holiday, but it is clear that when its customs were finally adopted, Christianity quickly gained converts. According to some historical accounts, Christmas was being observed in the Roman Empire’s capital by A.D. 336. Within 20 years, the celebration of the Nativity on December 25 was officially embraced by the church at Rome, and its position in church liturgy was thus established.

But why this date? After all, Scripture nowhere suggests that Jesus was born in winter. On the contrary, the shepherds who saw the angels announcing His birth would not have been out in their fields in December; the winters were too cold and rainy. Another argument against a December date, as cited in the Catholic Encyclopedia in its entry on Christmas, is that the census that brought Jesus’ parents to Bethlehem “would have been impossible in winter: a whole population could not then be put in motion.” The author acknowledges that the Gospel accounts “give no help” in determining the actual date of Christ’s birth.

The article goes on to say: “The well-known solar feast, however, of Natalis Invicti [natalis invicti solis, “birthday of the unconquered sun”], celebrated on 25 December, has a strong claim on the responsibility for our December date.” That feast commemorated the birth of the Persian mystery god Mithra, the Sun of Righteousness, whom the Romans also worshiped. The festival celebrated the winter solstice, when the days again begin to lengthen and the sun begins to climb higher in the sky and thus gains strength. Introduced to the empire by Roman soldiers, the worship of Mithra the sun god was the chief rival to Roman Christianity in the fourth century.

There was great tension between adherents of the new religious movement and those who preferred to worship the traditional Roman gods. The Roman emperor Constantine saw this as a threat to the empire’s stability. Some historians speculate that it was he who incorporated the Roman winter festivals into Christianity. From a political perspective, the adoption of the festivals would have helped to extend his power and to unify the empire. Other historians believe that Constantine was sincere in his desire to spread Christianity; thus, commemorating what he believed to be the birth date of Christ would be only logical.

In ancient Rome, however, political and religious motives were often deeply intertwined. Political success was thought to be dependent on religious piety. Much of Rome’s population was still made up of practicing pagans, or those who had not yet accepted the new faith. These non-Christians would not relinquish their celebrations easily, so it was perhaps more convenient to incorporate those holidays into the church’s practice. They agreed to be considered Christian as long as their customs did not have to change. It was against this political and cultural backdrop that pagan Roman celebrations became mixed with the customs of traditional Christianity.

Gift-giving was a significant feature of the festivities surrounding the Roman Saturnalia, another festival that influenced the development of Christmas during the fourth century. Saturnalia was also related to the first day of winter and the “return of the sun” and was the merriest feast of the year for the Romans. As part of the revelry, slaves and masters switched places to act out an upside down world. All work and business stopped during the festival, and moral restrictions were cast off.

This kind of unrestrained behavior has actually dominated the celebration for most of its history. According to Stephen Nissenbaum, a University of Massachusetts historian and author of The Battle for Christmas, if a person from our time were transported back to a Christmas celebration in England anytime before 1800, he would not recognize the festivities as belonging to Christmas. “You wouldn’t think it was Christmas at all,” he said in a television documentary about the history of the holiday. “What would you think it was? Maybe Mardi Gras? Maybe Halloween? Christmas in old-time England was really a carnival.”

A Break in Tradition

By the 17th century, Christmas had developed a reputation in England as a drunken revel. In 1644, at the urging of the increasingly influential Puritans, Parliament put in place a law that would force businesses to be open on December 25 and churches to be closed. The holiday would not be legal again in England until Charles II came to power in 1660, though the Scots continued to hold to the Puritan view. Some historians believe that the desire of the masses to celebrate Christmas was a major force in bringing Charles to power.

The Pilgrims and Puritans who sailed to America in the 17th century cited this festival as one of the reasons for making a break from the Church of England. They outlawed its observance in the Massachusetts Colony, where they settled. It would not become a legal holiday there for about two hundred years.

Even in the 19th century the festival was frowned upon in most of America. According to Nissenbaum, New York City’s first professional police force was organized as a result of riots associated with Christmas celebrations. Virtually every American Protestant church forbade or at least discouraged observance of the holiday in the 1800s.

As the century progressed, however, authors such as Washington Irving and Charles Dickens wrote stories that contained goodwill messages about the season. The Industrial Revolution was creating a class war in the Victorian era, and these stories conveyed moral lessons that appealed to those most affected by the changing economics.

Although America had been most resistant to the festival, it ultimately was the nation that most forcefully promoted it. The commercialism that now surrounds December 25 has been driven primarily by American business. In addition, marketing through the new media of television and movies did much to change the holiday’s negative reputation.

In Spirit and Truth

Interestingly, many around the world keep Christmas and observe its customs even though they don’t claim to be Christian. In addition, a substantial number of people in Western Christian societies keep the holiday without giving much thought to its religious aspects. It is viewed by many today as a warm tradition that doesn’t need to have deep significance. It is a time to gather with families or to spend in recreation, or an opportunity for a break from the regular routine.

The majority celebrating this season, however, do associate it with deeply held religious beliefs. For them, Christmas is the most sacred time of the year. They observe the ancient custom because they believe that God and Jesus Christ want them to.

Christ said He came to establish truth, yet the very day that supposedly celebrates His arrival is characterized by myth and deceit.

The paradox is that Christ said He came to establish truth, yet the very day that supposedly celebrates His arrival is characterized by myth and deceit. Each Christmas, children are seriously asked to believe that Santa Claus flies with his reindeer from the North Pole to come down their chimneys with gifts—provided they have behaved themselves.

It’s a deceit that conflicts greatly with the fundamental reason Christ said He came to this world: to bear witness to the truth. What kind of garbled message is society sending to children about Jesus Christ when such legends are associated with His birth? Most would say that it is a harmless tradition. However, does it help build faith, arguably the most important element in Christianity?

From a belief that it is a harmless holiday about spreading a little happiness and doing something good for family, friends and needy strangers, the matter now rises to a more serious level; for doing the “good” thing doesn’t equate to doing the right thing. No matter how good things may seem from a human perspective, they can be quite wrong from God’s perspective. The Bible talks of “a way that seems right to a man,” stating that such a way has grave consequences (Proverbs 14:12; 16:25).

Does it matter which customs we observe in our worship of God and Jesus Christ? Perhaps Jesus surprised some of His followers when He warned them that their worship of Him could be misguided. In the well-known Sermon on the Mount, He said, “Not everyone who says to Me, ‘Lord, Lord,’ shall enter the kingdom of heaven, but he who does the will of My Father in heaven” (Matthew 7:21). He also referred to some of the most outwardly religious people of His day as hypocrites, saying, “In vain they worship Me, teaching as doctrines the commandments of men” (see Matthew 15:9 and Mark 7:7). These statements emphasize the importance of understanding what God’s will is, instead of determining what we think is best.

Isn’t it time to make the dream of a right Christmas a reality? That’s to say, as some of our forebears did, no Christmas at all.

Christ established that God does not want to be worshiped with half-truths, myths, legends and human traditions. He told His followers, “God is Spirit, and those who worship Him must worship in spirit and truth” (John 4:24).

The irony is that this most popular of festivals, ostensibly kept in His honor, has little to do with truth.