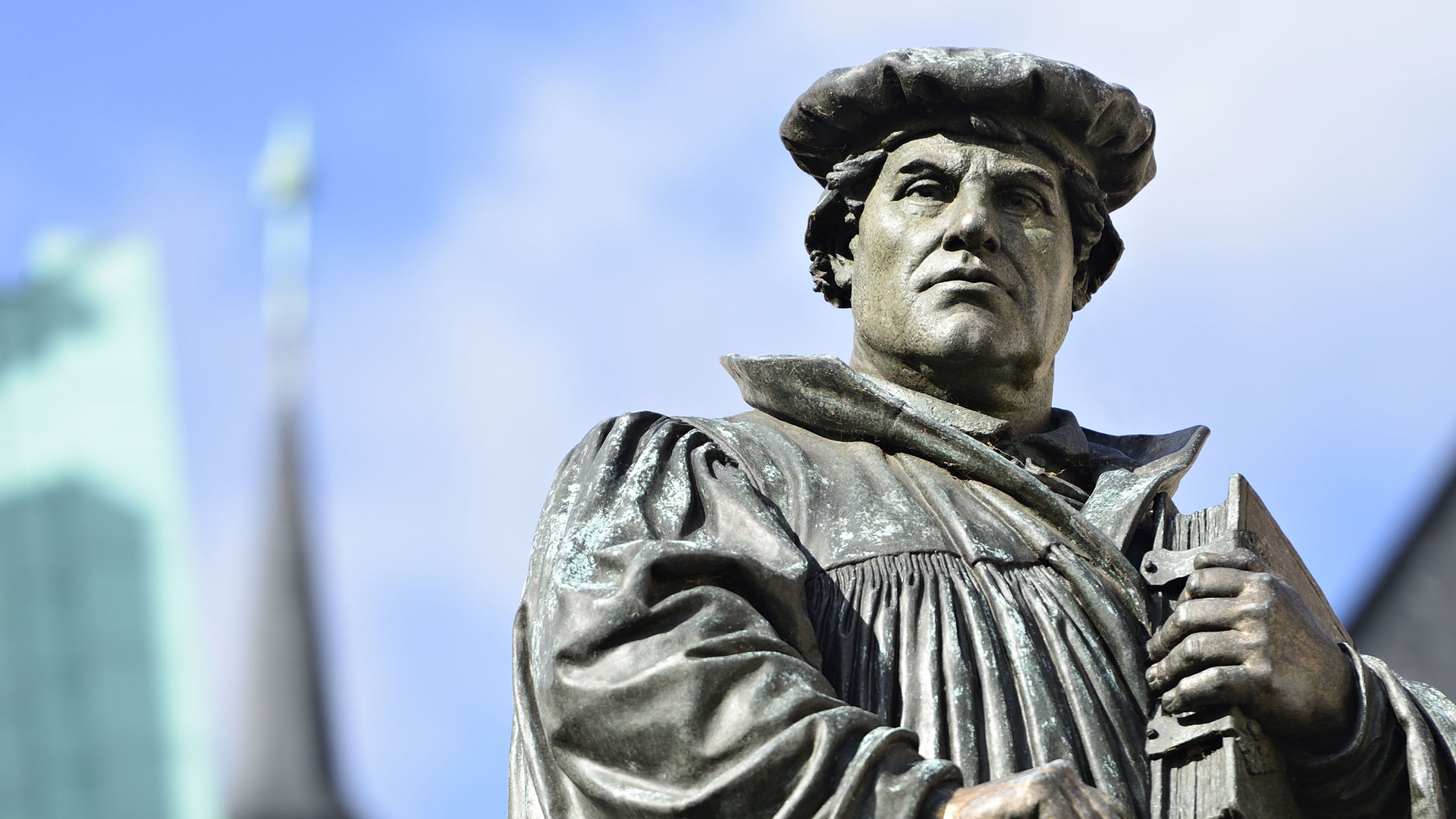 As a young man, Martin Luther was exposed to the predominant philosophical thought of the day.

Richard Marius, author of Martin Luther: The Christian Between God and Death, notes that “the intellectual turmoil of the sixteenth century rises not merely out of debates about the true nature of religious belief and practice; it represents a seeking for meaning and certainty about religious beliefs that were more and more uncertain.”

Bernhard Lohse, author of Martin Luther’s Theology: Its Historic and Systematic Development, states: “When Luther became a monk and soon thereafter studied theology, he was faced not only with a multilayered situation in the church, but in a philosophical-theological respect was subject to the influence of more than one school of thought.”

Some of the philosophies and ideas that the authors feel influenced Luther’s theological development are outlined below.

With the introduction of the study of Aristotle into the universities in late medieval times, Aristotelian logic was applied to the study of theology. The result was an attempt to create logically reasoned arguments for every church doctrine so that no one could refute the teachings of the church. This academic method was called scholasticism and included the use of commentary and disputation. By the time of Luther, the inability of this approach to support the teachings of the church had become apparent, adding to the church’s vulnerability in the face of increasing change in society.

Humanism was an attempt to find a basis, other than the teachings of the church, for morality and ethics in society. Hence humanists looked to notable individuals within the Latin and Greek worlds for role models of the moral citizen. Humanists believed that reason, skepticism and the scientific method were the only appropriate instruments for discovering truth. As a result, the humanists undercut the importance of the church within society. While their influence was restricted to the educated, the impact upon that group was considerable, as humanism was seen as a viable alternative to scholasticism. The humanists at first supported Luther against the church, but Luther was aware that ultimately their support would deny the church any say in the morality of society.

From the Latin nominalis, “of or pertaining to names.” According to nominalism, abstract concepts are simply names within the mind and do not have a concrete identity. For example, sin is a concept that has no reality in itself, taking on meaning only because we give it a name. This philosophy was dominant at the University of Erfurt while Luther studied there.

Revelation and authority were formerly thought to be the chief sources of truth. Gradually the rationalist philosophy grew to replace this, stating that reason and logic could be used to demonstrate truth about the natural world.

This doctrine of the Roman Catholic Church, formulated by Augustine, states that all people from birth are alienated from God because they have inherited both an innate propensity to sin and innate guilt from the first humans, Adam and Eve. Only Jesus and His mother Mary are considered to be exempt from original sin.