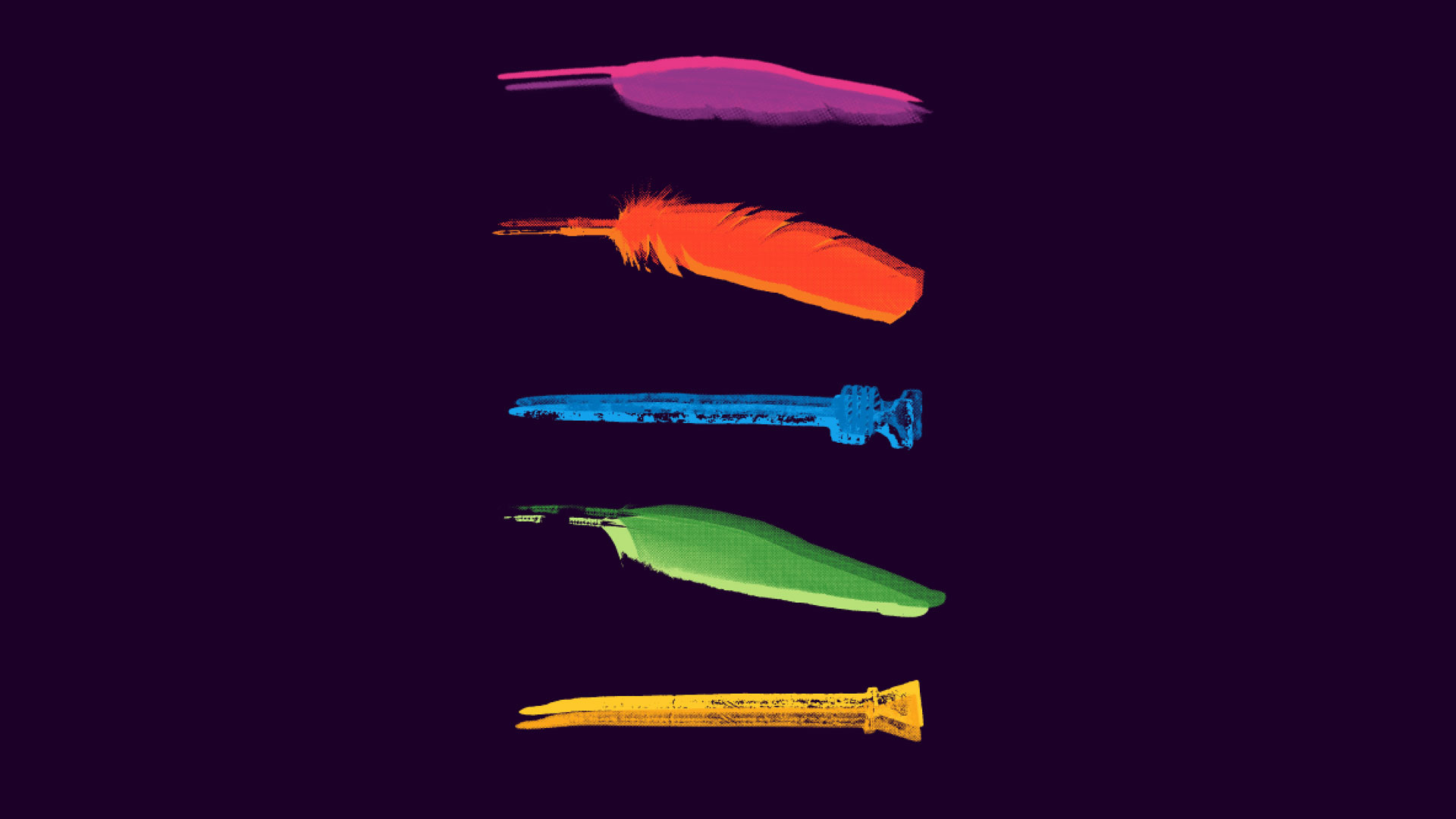 It’s the best-selling and most widely distributed book of all time. Each year, the United Bible Societies alone distribute close to 400 million full or partial Bibles across the globe. This remarkable book has been translated, as a whole or in part, into more than two thousand languages and dialects. The Bible, we may conclude, is generally available to the vast majority of humanity.

Yet the survey also indicates that only 14 percent of American adults read the Bible daily. While 55 percent profess that it is the actual or inspired Word of God and is not mistaken in its statements and teachings, only 28 percent claim to read it more than once a week.

Other nations tend to place far less importance on the Bible, and even in the United States the numbers are generally in decline. Yet no matter what level of interest people may express, no person living in the Christian world, whether in Europe, Latin America or Britain and its former colonies, can escape a basic fact: this singular book has shaped our destiny to a large degree and continues to do so.

The Bible is unique as a book. It foretells the future and teaches that humans can live forever. It advises readers on the way to find happiness. It says it can explain why humans suffer and that it can introduce us to the purpose of life. And it declares that a personal, living God created all things.

Now consider it as a publishing project. What editor or publishing house could oversee a project with around forty contributors representing more than a dozen occupations—from kings, prophets and priests to a doctor, a farmer, a tax collector and a tentmaker—living in various countries over a roughly 1,500-year span, working in three languages, and featuring a cast of more than three thousand characters? To add one more layer of complexity, this massive volume covers countless subjects using multiple literary genres, including prose, poetry, parable, mystery, biography, short story, public address, personal correspondence and historical narrative.

As a publishing project, how could it have come together with such a continuity of message? And how did it manage to survive for thousands of years?

Other questions are even more critical: Is the Bible inerrant, infallible? Or are its teachings flawed? Those who say it is inerrant hold that it is divinely inspired and that God is its author. Those who believe that it probably contains some errors are more likely of the conviction that it’s a compilation of human efforts, the work of well-meaning though perhaps misguided individuals. They may respect the Bible in that it expresses some noble thoughts, but they are happy to leave it at that.

We all have to make a choice; is it the Word of God, divinely inspired, or just a book made up by an ancient people for their time and culture? It has to be one or the other. Either the entirety of the Bible is God’s truth, or it isn’t; there really is no middle ground. How can it be the Word of God but also the ideas and opinions of men?

“All Scripture is given by inspiration of God, and is profitable for doctrine, for reproof, for correction, for instruction in righteousness.”

The crux of the matter is that the Bible has no real authority if humans wrote their own ideas, even if they were sincere and claimed an allegiance to what they called God or Jesus. Many people admire the sentiments they find in the writings and teachings of their heroes: Muhammad, Buddha, Abraham Lincoln, Confucius, Plato. Is the Bible any different?

In fact, it is very different in that the Being who declares Himself to be the Creator God accepts accountability for everything that is contained in it. The Bible, if it is divinely inspired, comes forth from the mind of God. And if that’s the case, then we have to read this book with great humility, because we are studying the mind of God.

True or Not True?

Is the Bible stamped with the impress of God’s authority? Did an eternal God guide the writing, preservation and transmission of His message to humankind, and did He actually speak to mortal men in the process?

Many would think that’s absurd. The thought that God actually inspired a manual for life—a textbook that we should study in order to glean information on how to live—seems bizarre, not to mention unnecessary for any who think of themselves as intelligent and capable.

Yet Jesus said that man should live, not “by bread alone, but by every word that proceeds from the mouth of God” (Matthew 4:4). Clearly, accepting the validity and the authority of the Bible and recognizing it as God’s Word would be a major turning point in a person’s life, because once a person understands the Bible to be the Word of God, it begins to offer direction and guidance on a better way to live. But getting to that point means we have to decide whether or not the contents of the book are truthful.

If the Bible’s teachings are not true, Paul said, then he was a charlatan, a false witness; the writers of Scripture were con men and the Bible has absolutely no authority.

What about some examples from the Old Testament, which are viewed by many as fanciful myths and fables. Did the sea really part so the Israelites could cross it to escape Pharaoh’s army, or not? It’s got to be one or the other. Either the walls of Jericho tumbled or they didn’t. If these events really took place, it could only have been at the hand of a supernatural Being who controls everything in the universe.

“The Lord told Joshua, ‘See, I am about to defeat Jericho for you. . . . March around the city seven times, while the priests blow the horns. When you hear the signal from the ram’s horn, have the whole army give a loud battle cry. Then the city wall will collapse. . . .’”

The writers of the Hebrew Scriptures claimed that they were only scribes and were conveying the very word of that Being. By one tally, the expression “the word of the Lord came unto me, saying . . .” appears, in some form, 3,800 times in the Bible (see, for example, Ezekiel 6:1). If those words are true and it was indeed God who inspired the writers to record what they did, then it requires that we reconsider everything we may have thought about the book; that statement becomes so meaningful that we simply can’t dismiss it. If the word of the creator of the universe came to Ezekiel, that’s compelling. How could you and I not want to know what that word was? And why would we not want to respond to it? If God Himself wrote the Ten Commandments, then they are stamped with the greatest authority in the universe, and we would have to acknowledge their importance. That’s part of accepting the divine inspiration and authority of Scripture.

So did God interact with Adam and Eve and Cain and Noah? Abraham and Sarah? Many people are happy to live their lives not knowing the answer, while academic minds scoff at the idea that events recorded in Genesis really occurred. There’s no doubt that this is the easier path to take.

At issue is the fact that the Bible makes supernatural claims. How do we, as mere mortals and natural human beings, evaluate such claims? We didn’t see the Red Sea being parted, nor the withered hand of a man miraculously healed. We have not spoken to God face-to-face, nor witnessed Jesus rise from the dead. Why should we accept that the numerous miracles recorded in the Bible actually occurred, just because someone said, “The word of the Lord came unto me . . .”?

To put it succinctly, how can we know whether the Bible is the inspired Word of God?

How to Prove the Bible

Jesus said, “My doctrine is not Mine, but His who sent Me. If anyone wills to do His will, he shall know concerning the doctrine, whether it is from God or whether I speak on My own authority” (John 7:16–17, emphasis added).

The biblical formula for proving the truth of the Bible is simply to do what God says. It amounts to putting God to the test. The proof of the pudding is in the eating.

The apostle Paul wrote about a group of people in the city of Berea who were motivated to take that kind of action: “These were more fair-minded than those in Thessalonica, in that they received the word with all readiness, and searched the Scriptures daily to find out whether these things were so” (Acts 17:11). They heard Paul teach things that were new to them, so they searched the Scriptures to know whether they were true. It required some effort and diligence on their part.

Another example of putting God and His Word to the test is found in Malachi 3:10: “‘Bring all the tithes into the storehouse, that there may be food in My house, and try Me now in this,’ says the Lord of hosts, ‘if I will not open for you the windows of heaven and pour out for you such blessing that there will not be room enough to receive it.’”

“I am the Lord All-Powerful, and I challenge you to put me to the test. Bring the entire ten percent into the storehouse, so there will be food in my house. Then I will open the windows of heaven and flood you with blessing after blessing.”

These verses echo what Christ said in John 7:17 above. God is open to being examined, to being put to the test, and He invites us to do that. In Malachi He says, “Try me now in this”—and one can only try, or prove, God and the validity of the Bible by putting it to the test, by living it. No alternative exists.

Who really wrote the Bible? You and I cannot, through human resources alone, prove the validity of the Bible or the fact that God is its real author. We cannot prove it except by testing its claims, and we can do that by obeying the commands from God that are contained in its pages. “Test all things,” wrote the apostle Paul; “hold fast what is good” (1 Thessalonians 5:21).

The Bible is either divinely inspired and therefore authoritative, or it’s just the writings of a number of men who may have been well intentioned but who were nevertheless misguided. So which is it?

Think and do, “and the God of peace will be with you.”

When individuals decide to put the Bible’s spiritual, supernatural claims to the test by obeying its instructions, they put themselves in a position to discover that the Bible really is the Word of God. It’s one of the best things that could ever happen to a person. It will open up new opportunities for understanding and growth never encountered before.