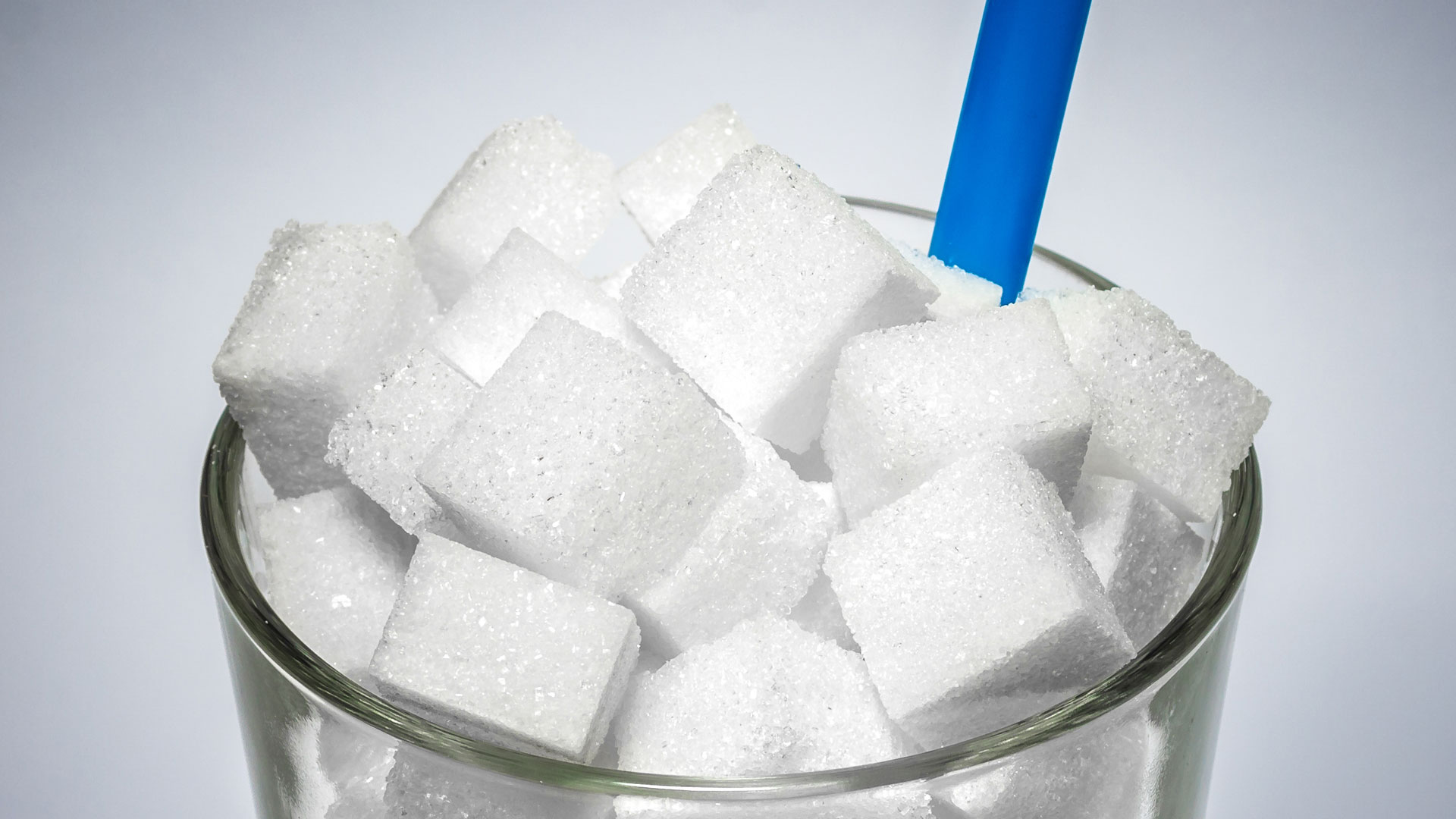 The American College of Preventive Medicine (ACPA) recently reminded the American Medical Association (AMA) of the AMA Council on Foods and Nutrition’s 1942 warning: “From the health point of view it is desirable especially to have restriction of such use of sugar as is represented by consumption of sweetened carbonated beverages and forms of candy which are of low nutritional value. The Council believes it would be in the interest of the public health for all practical means to be taken to limit consumption of sugar in any form in which it fails to be combined with significant proportions of other foods of high nutritive quality.”

There is no doubt that sugar-sweetened soft drinks can wreak havoc with our health, and we consume far more sodas than we used to. In the same 2005 document to the AMA, the ACPA asserted that American consumption of sugar-sweetened beverages has increased about tenfold since 1942. They also stated, “Sugar-sweetened soft drinks are the largest single food source of calories in the American diet.” Obesity, diabetes and other markers of metabolic syndrome, plus food cravings and rotting teeth have all been blamed on the sugars (including high-fructose corn syrup) found in sodas and soft drinks. Many consumers, in an effort to avoid such health issues, have turned to drinking diet sodas instead of sugared sodas. But is this really a healthier choice?

Diet soft drinks became available a decade after the AMA first warned about sugar and sugar-sweetened sodas. Kirsch’s Beverages, Inc. of Brooklyn, New York, was the first to produce a diet beverage available for sale to the public. They anticipated first-year sales of their No-Cal ginger ale to reach 100,000 cases in the first year. The customers readily embraced Kirsch’s No-Cal ginger ale and the company responded by adding four more flavors. According to an article in the August 10, 1953, issue of Time magazine, more than 50 other companies quickly leaped at the opportunity to fulfill the needs and desires of this new niche market. The Time article reported that sales of diet soda catapulted from zero to 5,000,000 cases in one year.

The timing was perfect. Half a century after the introduction of saccharin, the American public was familiar with using the chemical as a sugar substitute due to its availability and low cost while sugar was being rationed during World War II, and the newly health-conscious population was learning that excess calories cause excess weight.

The population at large assumed that the no-calorie alternative would allow them to indulge in sodas without the consequences of excess sugar, and sales of diet beverages increased in the United States and around the globe. If caloric sugar was replaced with noncaloric artificial sweeteners, the public reasoned, the weight and health problems associated with soft drink consumption should disappear. This line of thinking has encouraged the increased consumption of diet sodas over the past half-century so much that their sales are now threatening to equal the sales of sugared soft drinks.

The first dietetic, or “diet,” soft drinks were sweetened with saccharin, which left an objectionable chemical or metallic aftertaste. Cyclamate was soon added to saccharin to create a more palatable beverage. But cyclamate was banned in the U.S. in 1969 when research studies with rats suggested that cyclamate use could increase the risk of bladder cancer in humans. (Although scientists later concluded that cyclamate was not a carcinogenic threat to humans, it has not been reapproved due to other concerns, including possible adverse effects on blood pressure, genetic damage and testicular atrophy.) The beverages were then sweetened with saccharin only. The diet soda industry was dealt another blow in the 1970s, when saccharin was also found to cause cancer in rats.

Instead of banning the one remaining artificial sweetener, the U. S. Congress mandated that foods containing saccharin must bear the warning: “Use of this product may be hazardous to your health. This product contains saccharin, which has been determined to cause cancer in laboratory animals.” By 2000, however, the warning was no longer required, as the prevailing research indicated that the findings of saccharin-induced bladder cancer in rats was not likely to apply to humans.

In the meantime, aspartame was approved in 1981 for use as an artificial sweetener in the U.S. amid questions of a relationship between aspartame and brain or central nervous system cancers. Later studies showing leukemias and lymphomas in rats fed large doses of aspartame (the equivalent of more than eight cans of soda per day) gave consumers more cause for concern. Subsequent studies of related data have not shown that increasing consumption of aspartame-containing beverages was associated with the development of lymphoma, leukemia, or brain cancer, and aspartame remains a popular and approved sweetener for diet beverages.

Acesulfame potassium, approved for limited use in 1988, and sucralose, approved for limited use in 1998, are other artificial sweeteners commonly found in diet sodas today. Their approval for use in foods and beverages has been too recent to discover whether there are any long-term problems associated with ingesting these chemicals. In 2006, Britain’s Food Standards Agency recalled several diet soft drinks because of concerns about a chemical reaction that created benzene in the beverages.

The results of studies published in 2007 indicate that artificial sweeteners also appear to stimulate processes via sweet-sensitive taste receptors in the gut that increase glucose uptake and insulin secretion. Future studies are needed to determine how this mechanism affects human metabolism, but the indication is that sugar and noncaloric sweeteners affect the process equally. These findings may completely reverse the commonly accepted belief that artificial sweeteners are safer than natural sweeteners for diabetics.

Despite the history of questions about the safety of artificial sweeteners, consumers show by their purchases that they are quite comfortable with drinking artificially sweetened beverages. In a study published in 2008, researchers from the University of London found that it was not water that comprised more than half of the fluid consumption for British youth. On average, 56 percent of total fluid intake was in the form of soft drinks, of which 55 percent were sugar-sweetened and 45 percent were low-calorie. The study authors said that per capita consumption of soft drinks is similar in Britain and the United States.

Both countries, like others worldwide, consume an alarming amount of soda. Nearly half of that is artificially sweetened, consumed by people trying to avoid the sugar found in nondiet soda. But other research released in 2007 and 2008 demonstrate that the problems with sodas are much more complex than originally thought. It’s not just the sugar. Sugarless diet sodas also contribute to obesity, metabolic syndrome and dental erosion. Cola beverages, whether diet or not, have recently been shown to contribute to increased risk of kidney problems and osteoporosis. More than one soft drink per day is now associated with increased risk of cardiovascular disease, and it doesn’t seem to matter whether the sweetener is completely artificial or not.

Whether sodas are sugared, or are called “Diet” or “Free” or “Zero,” the evidence clearly shows that the over-consumption of such beverages is one contributing factor to the declining health of the human race. Some are trying to reverse this trend by starting with the youth; in the United States, for example, sales of most sodas to schools are being phased out. This may be a good start, but more attention to this health issue is warranted.The responsibility for one’s health ultimately lies with the individual. As part of a healthy lifestyle, we must consider what our bodies really need for healthy hydration. Study after study over the years has shown that substituting artificial sweeteners for sugar in soft drinks is not the healthy choice we had once imagined. Instead of experimenting with yet more chemicals and straying even farther from nature, perhaps we should go back to drinking less soda and more water: the clear choice for better health.