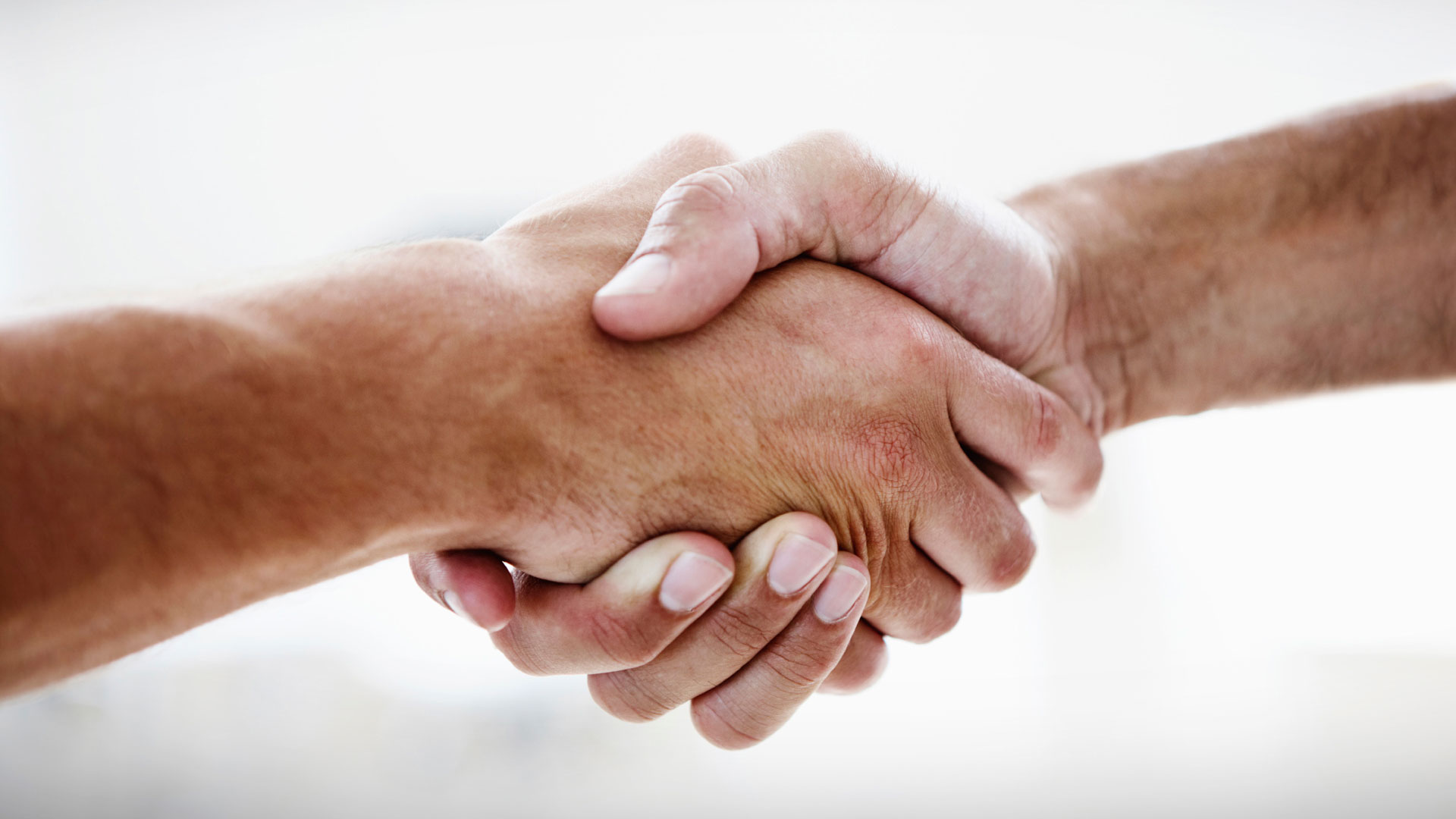 In the Spring 2006 issue of Vision, we reviewed James D. Tabor’s latest book, The Jesus Dynasty, in which the author presents James, the brother of Jesus, as the latter’s successor in leading His movement. In that review we pointed out some of the problems in Tabor’s analysis, but we applaud him for focusing attention on James, because it is so seldom done.

In fact, the only truly exhaustive study of the apostle to date is Robert Eisenman’s magnum opus, James the Brother of Jesus: The Key to Unlocking the Secrets of Early Christianity and the Dead Sea Scrolls (1997). The thousand-page tome is one of the few recent works devoted to the subject of James, and it offers much carefully argued evidence about the apostle. That it was undertaken by an academic who is considered a maverick by those in his profession speaks in part to the marginalized nature of his subject. Unlike most treatments, which are reduced to arguments about whether James was a half brother of Jesus or a cousin (depending on the theology of whether Mary remained a virgin), Eisenman fully engages all the relevant evidence we have of the man.

Unfortunately, Eisenman’s premise is that the New Testament portrays a rift between James and Paul. The basis for this idea appears, at least in part, to be certain second- through fourth-century writings. But Eisenman doesn’t seem to consider the possibility that some early commentators actually distorted the biblical record, leading to a colossal misinterpretation of the Scriptures. They sought to establish an identity for the church independent of its roots by creating a conflict between the church and anything Jewish. Later theologians have simply made matters worse, adding to the separation between the two identities. The result is that Eisenman, like Tabor and so many academic peers, believes there were fundamental differences between James’s teachings and those of Paul, leading to a power struggle between the two apostles and the subsequent marginalization of James.

Such does not need to be our reading of the New Testament.

Were James and Paul at odds over the intent and application of Jesus’ teachings? In the Protestant world today, perceptions of James are heavily influenced by the thinking of Martin Luther, who saw James’s New Testament letter as “an epistle of straw,” not worthy to be considered part of Scripture. It was, after all, in opposition to Luther’s own ideas of grace. James’s reference to the “royal law” clearly did not mesh with what Luther wrongly saw as Paul’s outright condemnation of the law in his letter to the Galatians—and thus his reduction of the Old Testament to second-class status within the emerging Protestant world. To justify this view, Luther and those following him created a theological contradiction between Paul and James over faith and works.

More recent careful study of James shows that his understanding of the relationship between faith and works is not in opposition to Paul’s, but simply focuses on a different aspect of the believer’s life. Both men’s approaches, in fact, are firmly grounded in examples drawn from the Hebrew Scriptures.

Luther had inherited a long tradition that downplayed James and elevated Paul at the expense of the Old Testament. Yet even after Marcion’s second-century attempts to limit the New Testament to the writings of the apostle Paul and parts of the Gospel of Luke, we have records that reflect the incorporation of James’s epistle within the official canon, thus highlighting the importance placed on the work. In retrospect, if James had been as contrary to Paul as some scholars would have us believe, this would have been an ideal opportunity to write him out of Scripture.

Origen, writing from Egypt in the late second or early third century, considered James’s letter to be one of the “mixed” epistles as opposed to the “genuine.” This did not mean that it had no place in Scripture; such writings fell into another group that he labeled “spurious.” Origen’s recognition of the value of James’s epistle was demonstrated in a parable he recorded in his seventh homily on Joshua. He likened the New Testament to the trumpets blown around Jericho: the four Gospel writers (Matthew, Mark, Luke and John) each represented a trumpeter, and each of their books was a trumpet blast. James and the other authors of the General Epistles (Peter, John and Jude)—also known as the Catholic Epistles in that they were written to the church universally rather than to a particular congregation or person—sounded additional blasts. Paul and his writings, representing the trumpet that brought down Jericho’s walls, provided the climax to the New Testament. Origen suggested ordering the New Testament books in such a way that the Epistles of Paul came last, being the culmination of the apostles’ writings.

That order is clearly foreign to most Bible students today. The developing Western church in Italy and northern Africa switched the order of the two sets of epistles when they compiled the writings of the apostles. The Muratorian Canon, for example—written in Latin, most likely in Rome around 170 C.E.—put Paul’s writings before the General Epistles. There was a preference in Rome for Paul’s letter to the Romans to follow Acts. It seemed logical; after all, Acts ends with Paul living in the imperial capital. But this approach created an artificial focus on Rome, giving the impression that the city was an important biblical place and seeming to justify a consequent elevation in its bishop’s stature.

Late in the fourth century, when Pope Damasus I sought to establish Rome formally as the center of the church, he authorized Jerome to produce a new translation of the Scriptures in Latin. It is known to this day as the Vulgate, a version that endured in various revisions to the time of the Reformation. Jerome followed the Western lead and elevated Paul’s epistles above the others, an order that has been followed in almost every subsequent translation.

Fast-forward 1,500 years to the 19th century, and we meet the noted textual scholars who compiled what are known as critical texts: Lachmann and Tischendorf in Germany, Tregelles and the team of Westcott and Hort in Britain. All placed the General Epistles before those of Paul, following the example they had discovered in two of the major fourth- or fifth-century manuscripts, Vaticanus and Alexandrinus, rather than in the order of the contemporary which Jerome obviously preferred. F.H.A. Scrivener, another notable 19th-century textual scholar, said of the extant manuscript evidence of the New Testament, “Whether copies contain the whole or a part of the sacred volume, the general order of the books is the following: Gospels, Acts, Catholic [General] Epistles, Pauline Epistles, Apocalypse.” He then proceeded to list the manuscripts that departed from that order. A cursory examination of the lists of manuscripts presently available shows how often a fragment that contains the book of Acts is followed immediately by the General Epistles.

This ordering of the books is also established by statements of church fathers in the first centuries. In his lecture on “the Divine Scriptures,” Cyril of Jerusalem recorded the order of the General Epistles as following Acts and preceding Paul’s writings: “Then of the New Testament there are the four Gospels only, for the rest have false titles and are mischievous. . . . Receive also the Acts of the Twelve Apostles; and in addition to these the seven Catholic Epistles of James, Peter, John, and Jude; and as a seal upon them all, and the last work of the disciples, the fourteen Epistles of Paul” (The Nicene and Post-Nicene Fathers, Second Series, Vol. 7, Cyril of Jerusalem, Lecture 4:36). Canon 60 from the Synod of Laodicea (363 C.E.) also supports the idea that the Scriptures were arranged in such a manner.

The early-20th-century Bible scholar James Moffatt tabulated the order of the books in the various texts in which they were mentioned. Again it appears that the West had a preference for the order seen today, as codified in the fourth century by Jerome, although Augustine, Jerome’s contemporary, went so far as to place Paul’s writings before the book of Acts.

What, then, does this all mean? The artificial connection between Acts and Romans, created to enhance the supremacy of the church at Rome, is exposed. The earlier order of the New Testament establishes a clear Judaic theme through the writings of James, Peter, John and Jude before coming to Paul. Paul’s comments about the Torah are thus contextualized by what goes before.

Yes, a person may postulate friction, competition or hostility between Paul and the other apostles, but the Scriptures don’t have to be read that way. Paul’s own comments that James, Peter and John “were apostles before me,” and “seemed to be pillars” in the group (Galatians 1:17; 2:9), do not need to be considered sarcastic asides as some scholars suggest. They can be taken as reflecting a genuine appreciation of the way in which Jesus Christ had established His church. Paul’s other references to James are set in a clearly positive framework, showing that Paul thought of him and the other apostles as examples to be followed (1 Corinthians 9:5; 15:7–9).

Scholars such as Martin Hengel, N.T. Wright, Paula Fredriksen, John G. Gager, Amy-Jill Levine, Pamela M. Eisenbaum and others have done commendable work in reestablishing Paul within his Jewish environment, so that Paul himself is increasingly recognized as a Torah-observant individual. Tabor and others who focus on James need to reconsider his relationship with Paul and the commonalities in their respective writings, because when carefully read, the New Testament record depicts a unified Jewish group prepared to accept gentile God-fearers into their fellowship and teaching the same law-abiding way of life to all (Galatians 5:13–14; James 2:8–9). The principle of “for the Jew first and also for the Greek” (Acts 1:8; Romans 1:16) was espoused by all the early church leaders, whether James, Paul or any of the other apostles.

Only when we come to this holistic appreciation of the New Testament on an equal footing with the Old can we fully recapture what Jesus of Nazareth intended and what His disciples taught.