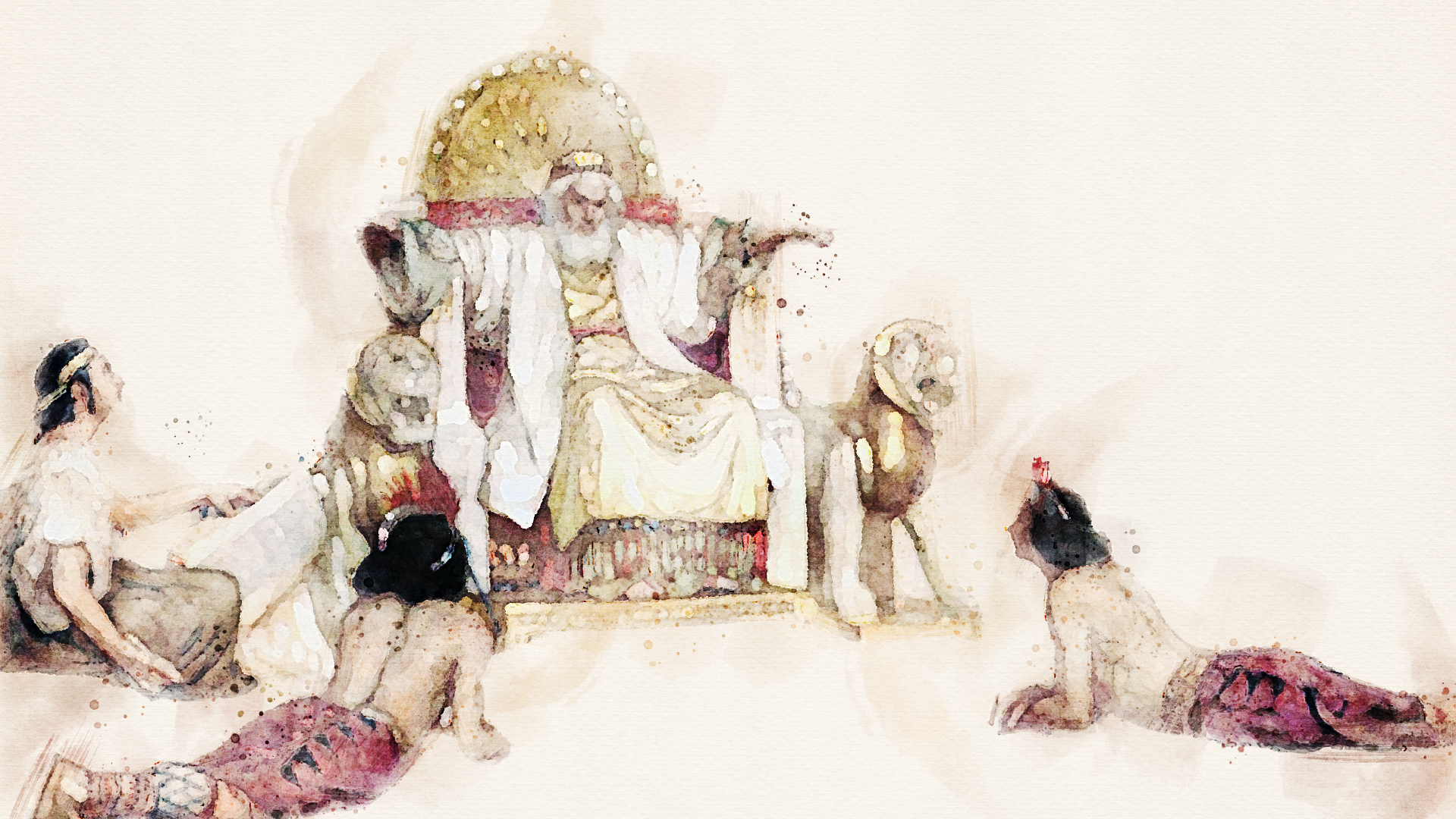 The book of Ecclesiastes is part of the Bible’s wisdom literature, its title originating with the Greek word ekklesia (assembly, congregation, church) and meaning a preacher or speaker before an assembly. The book is attributed to “the Preacher, son of David, King in Jerusalem” (Ecclesiastes 1:1). Though no personal name is given, King Solomon is traditionally recognized as the author and assumed to have deliberately hidden his identity.

The book’s Hebrew title, Qohelet, means “one who does something in the assembly (qahal).” Israel’s history records that “Solomon assembled [qahal] the elders of Israel and all the heads of the tribes, the chief fathers of the children of Israel, . . . in Jerusalem, that they might bring up the ark of the covenant of the Lord from the City of David, which is Zion” (1 Kings 8:1). This linguistic link is used in Jewish tradition to support Solomon’s authorship. In English, therefore, he corresponds to “the Preacher,” who, true to Solomonic type, “was wise . . . [and] taught the people knowledge; yes, he pondered and sought out and set in order many proverbs” (Ecclesiastes 12:9).

In considering Solomon’s role in the writings traditionally attributed to him (Song of Songs, Proverbs and Ecclesiastes), Old Testament scholar Katherine J. Dell quotes an ancient Jewish commentary: “When a man is young he composes songs; when he grows older he makes sententious remarks; and when he becomes an old man he speaks of the vanity of things.” If this is an accurate assessment, then Solomon wrote Ecclesiastes disillusioned and late in life.

Taken together with other internal details, these various references are used by many scholars to support the belief that Solomon, whose God-given discernment made him “wiser than all men” (1 Kings 4:31), was indeed “the Preacher,” but that his departure from God both disqualified him and ultimately led to a regretful admission of what really matters in life.

An alternate view questions the basis for identifying Solomon with a jaded Qohelet. First, linguists have noted that the Hebrew text of Ecclesiastes shows evidence that it was written much later than Solomon’s time. Second, material where a more obvious association with Solomon can be claimed continues only through chapter three at most. Third, the idea that Solomon would hide his identity presents difficulties. There seems little reason to do so if the purpose of the book is to deal with cynicism caused by pondering the seemingly endless cycles of life “under the sun.”

Such alternative perspectives raise interesting questions but resolve little. Whomever we decide to accept as the author, how do we account for the shifting viewpoints and seeming contradictions in the book? As one scholar frames the dilemmas, “Is the author incoherent, insightful or confused? Is he a stark realist or merely faithless? Is he orthodox or heterodox? Is he an optimist or a pessimist? Is the final message of the book ‘Be like Qohelet, the wise man’ or ‘Qohelet is wrong, so do not fall into his trap’?”

What, then, can we learn from the book? Perhaps that its inconsistencies provide a way of understanding its meaning. In other words, the core of the book describes the troubled and unstable state of mind of the believer who has allowed growing cynicism about life to cloud understanding, but in whom remains a flickering ember of truth about God.

“An overview of standard commentaries and introductions will quickly demonstrate that Ecclesiastes is amenable to conflicting interpretations.”

The structure of the work can be viewed as an imaginary discourse by a disillusioned Solomonic figure, enclosed in the frame of a third-party introduction and epilogue. As a genre, it could be seen as a father’s advice to a son—in this case about the dangers of drawing the conclusion that life is meaningless. With the example of the intervening moral failure of the world’s wisest man in view, the author concludes that in the end there is only one inescapable takeaway: “The sum of the matter, when all is said and done: Revere God and observe His commandments! For this applies to all mankind” (Ecclesiastes 12:13, Tanakh).

The frame, then, is an 11-verse opening that refers objectively to the Preacher and his material, and an epilogue that resolves the pessimism of the book’s core. The introduction summarizes a world-weary approach, expressing the futility and brevity of human life while nature’s cycles continue without end: “Everything is meaningless,” or “‘Vanity of vanities,’ says the Preacher; ‘vanity of vanities, all is vanity.’ . . . One generation passes away, and another generation comes. . . . There is nothing new under the sun” (1:2, 4, 9). The same statement about futility of life is repeated almost exactly (12:8), immediately before the epilogue.

The first person takes over in verse 12 of the first chapter: “I, the Preacher, was king over Israel in Jerusalem.” Here Solomon cannot be the new speaker, because this king speaks of his reign in the past tense, and there was no time when Solomon ceased to be king in Jerusalem until his death.

Yet the author’s words support the idea that we are hearing the voice of Solomon. Many details mesh with the king’s reputation for wealth, wisdom and excess. The fact that Solomon had access to great wealth and opportunity to trade in the world’s exotic goods, and to plan and construct buildings and their furnishings (1 Kings 6; 7:1–12; 9:15–19; 10:22), lends credibility to the identification of the Preacher with the king. “I made my works great, I built myself houses” (Ecclesiastes 2:4).

The Solomon of history also went to excess, directly disobeying God’s instructions by marrying many wives from other nations. Perhaps this accounts for the Preacher’s willingness to experiment with everything in life, to know pleasure and madness, wine and music: “Whatever my eyes desired I did not keep from them” (1 Kings 11:1–4; Ecclesiastes 2:3, 8, 10). But it may also explain why he had become cynical about the emptiness of such a life. It matters not in the end whether one lives in wealth or poverty, is hard-working or not, speaks wisdom or foolishness; death comes to all people, and with it the loss of all material goods. As a result, despite the wisdom depicted in Israel’s history (1 Kings 10:23), the Solomonic Preacher says he “hated life” (Ecclesiastes 2:12–17).

Beyond this point, references to the monarch diminish, again making it difficult to maintain an argument for Solomon’s authorship.

“Ecclesiastes is a strange and disquieting book. It gives voice to an experience not usually thought of as religious: the pain and frustration engendered by an unblinking gaze at life’s absurdities and injustices.”

Musings of a Conflicted Mind

The third chapter contains the well-known passage describing life as a series of universally experienced opposites: “There is . . . a time for every purpose under heaven” (3:1–8). Whether this is a turn away from cynicism is debated. The Preacher tells us that a person’s God-given task is to enjoy this physical life, with eternity as a possibility; yet he notes that to “eat and drink and enjoy the good of all his labor” is a gift given by a God whose work cannot be fathomed. He goes on to observe that people sometimes experience injustice when goodness is also present, but he concludes that God knows what He is doing and apparently allows time for both (verses 9–13, 16–17).

What Makes Us Human?

David Hulme explores the question “What Makes Us Human?” from the generally overlooked perspective of the ancient Hebrew Scriptures. 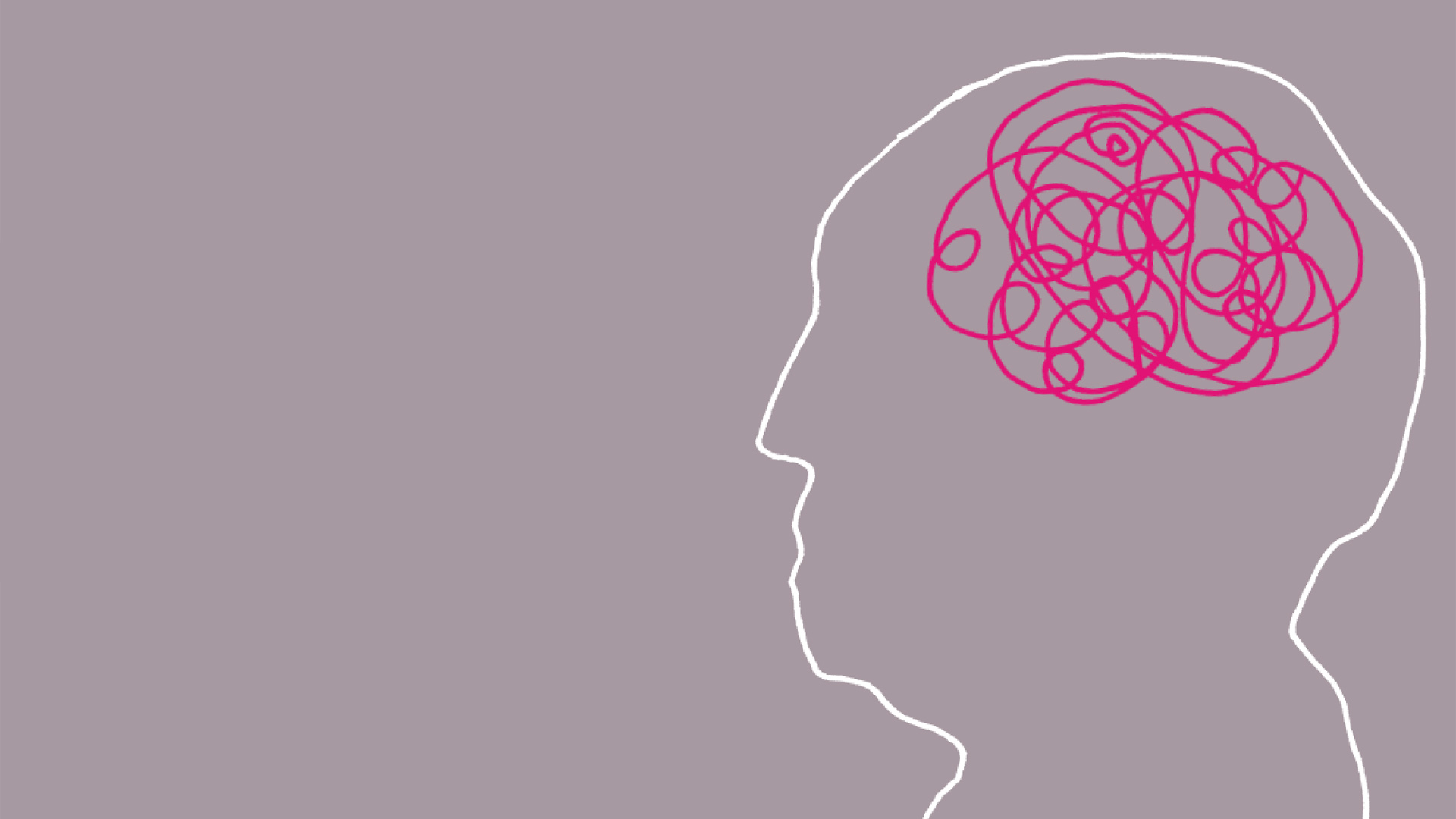 The Preacher is also conflicted over the human condition, which seems little better than animal life. What he sees as the futility of human existence leads him to conclude that people and animals differ little, since both are subject to death. He concludes with a carpe diem statement: “I perceived that nothing is better than that a man should rejoice in his own works. . . . For who can bring him to see what will happen after him?” (verses 18–22). This is a theme that repeats in subsequent chapters.

Then—after commenting about the reality of oppression, the struggle for satisfaction through hard work and material goods, the loneliness of many, the importance of friends, and the pain of short-lived popularity—the Preacher advises care in dealing with God. It’s a calculative approach. Don’t be rash, overpromising, making vows you can’t keep. Why give God opportunity to become angry? Similarly, the creation and management of wealth can lead to great disappointment. So take a measured approach. In the end, we leave this world with nothing.

He eventually concludes in another live-for-the-present moment: “This is what I have seen to be good: it is fitting to eat and drink and find enjoyment in all the toil with which one toils under the sun the few days of the life God gives us; for this is our lot” (5:18, New Revised Standard Version).

Death as the great leveler is another theme throughout the book; the Preacher voices various positive conclusions, only to then negate them in the certainty of death. Even a stillborn child is better off than a man who has many children and yet achieves nothing in life (6:3–6). Accordingly, it is “better to go to the house of mourning than to go to the house of feasting, for that is the end of all men” (7:2).

Yet the same chapter shows that the Preacher is not entirely without practical wisdom: “The patient in spirit is better than the proud in spirit”; “Do not say, ‘Why were the former days better than these?’ For you do not inquire wisely concerning this”; “Also do not take to heart everything people say, lest you hear your servant cursing you. For many times, also, your own heart has known that even you have cursed others” (verses 8, 10, 21–22).

This pattern continues in the next several chapters as the Preacher advises obeying authorities for one’s own preservation, knowing that time and judgment align under God’s will if something is unjust. He also knows that human beings gain great satisfaction from living joyfully with a mate and enjoying work, that time and chance happen to all, and that wisdom is to be prized over the fool’s ways (8:2–6, 12; 9:9–11, 16–18; 10:2–15).

“Though a sinner does evil a hundred times, and his days are prolonged, yet I surely know that it will be well with those who fear God, who fear before Him.”

Setting up the conclusion to the work, the author addresses young people, advising that they can learn from the Preacher’s observations of life: They should avoid the foolishness that comes with the inexperience of youth. They should enjoy life while they are strong, but realize that there is a price to pay for foolish decisions (11:9–10). Soon enough the physical body deteriorates and ends in death, so they should appreciate God the Creator while they are able, because all are headed for the same destination: “The dust will return to the earth as it was, and the spirit will return to God who gave it” (12:7).

The main body ends with a repetition of the book’s opening declaration: “Everything is meaningless” (1:2; 12:8, NIV), yet we know that the Preacher has acknowledged God’s involvement in life at various junctures, albeit with frustration and reservations. He has shared his “world’s-eye view” of a life of growing disillusion.

Now the frame author returns to conclude. What will be his final advice for his son? Accepting that the Preacher was wise in many ways (12:9–12), he nevertheless reconfirms that appreciation of God’s sovereignty is key to gaining satisfaction in life, even in the absence of answers to every question: “Now that all has been heard, here is the final conclusion: Fear God and obey his commandments, for this is the whole duty of man. For God will bring every deed into judgment, including every secret thing, whether good or evil” (12:13–14, Lexham English Bible).

Next time, we’ll examine the book of Psalms.