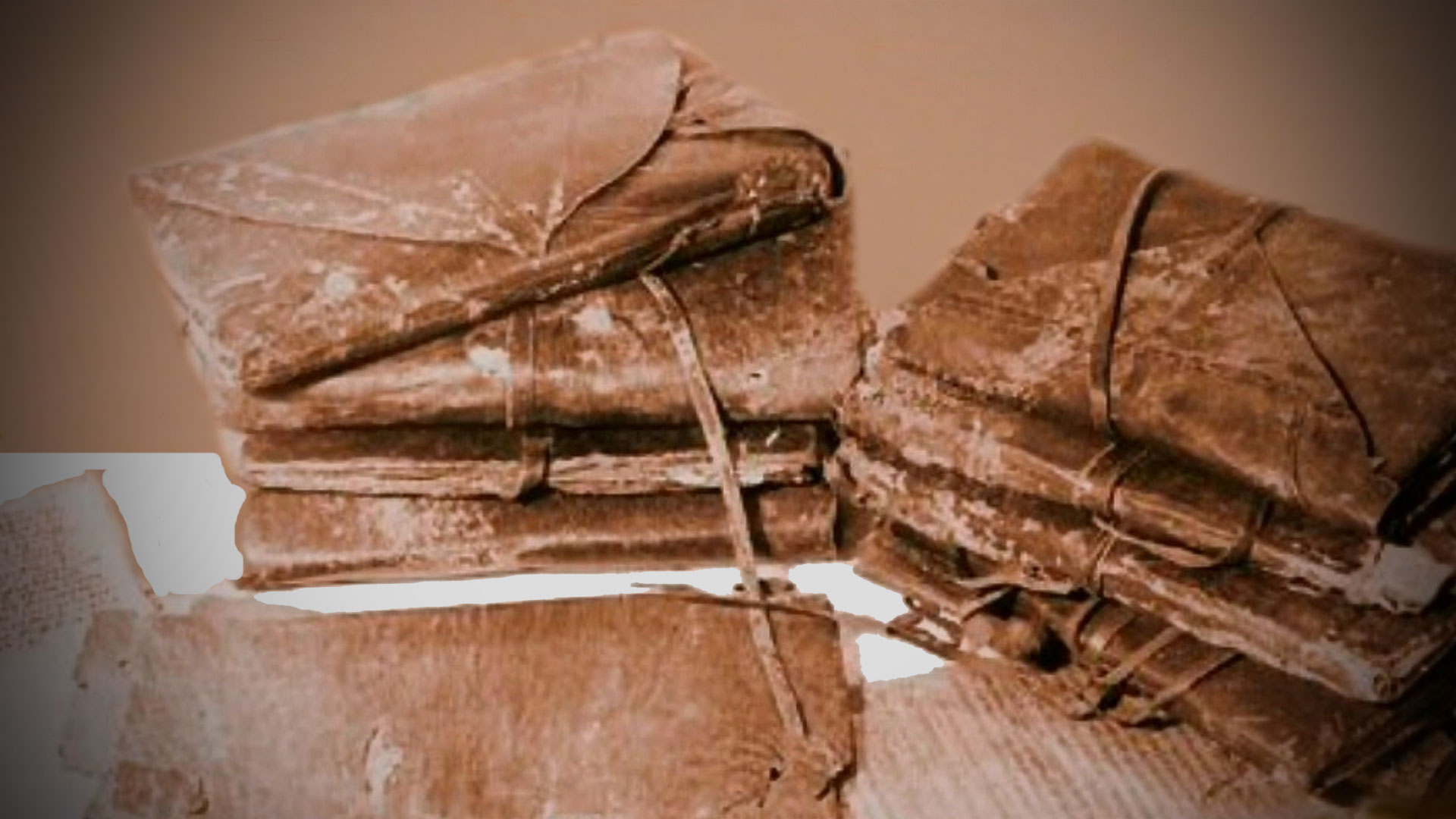 Nag Hammadi is a settlement on the River Nile, south of Luxor, Egypt. In 1945, a peasant found a large earthenware jar while digging up some rich soil with which to fertilize his fields. The jar yielded 12 bound books (codices), plus a few loose papyrus leaves, comprising 52 tractates, or writings. Some were duplicate copies, but in all 45 different tractates of Gnostic writing eventually became available for study as a result of this find.

Scholars had to that point been unaware of the existence of 40 of these tractates. The discovery of the ancient texts enabled them to identify three other fragments that had been held in libraries, but whose origin had never been known. And it is expected that other fragments of literature will yet be identified through the Nag Hammadi “library.”

These codices (pictured above) are thought to have been copied and bound in leather in the fourth century. They are an excellent example of the bookbinder’s skill. As such they appear to have been a treasured possession. The documents from which they were copied are generally thought to have been from the second century, originally written in Greek and then translated into Coptic (the language spoken by Egyptians at the time). A number of monasteries were close to the area of the discovery and may have been the places where the codices were copied and used.

It is clear from the way the codices were buried that the intention was to preserve the documents rather than to destroy them. Scholars are presently at a loss to identify their source or the reason for their burial. The most accepted explanation is the increasingly strident call for orthodoxy and the suppression of heresy and heretical books by Archbishop Athanasius of Alexandria in the late fourth century. His reference to “apocryphal books to which they attribute antiquity and give the name of saints” is a fitting description of the books found at Nag Hammadi.