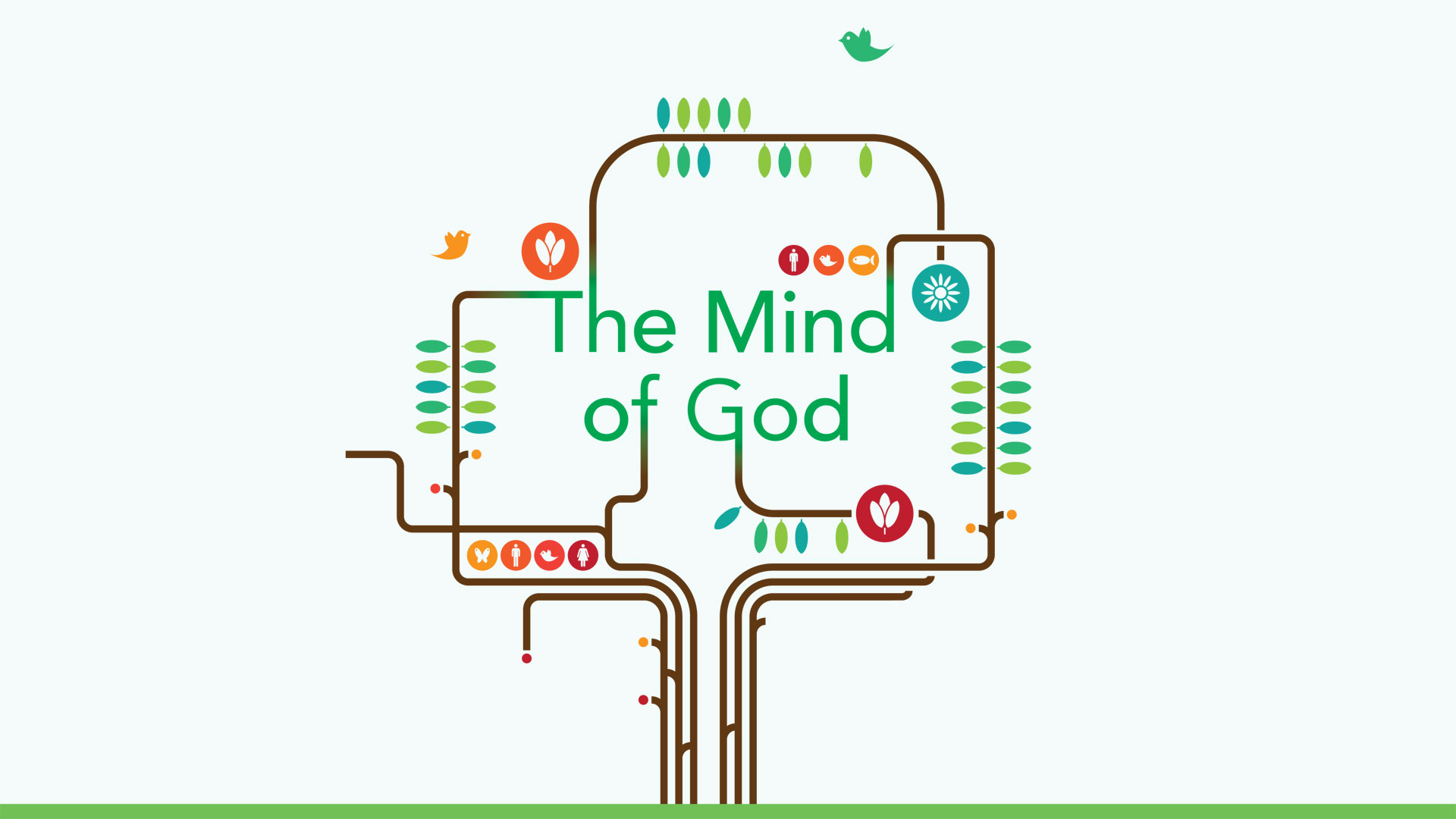 The idea of deciphering a so-called Theory of Everything has always been the dream of science. To know everything, as some have euphemistically suggested, would be to “know the mind of God.”

In the biological realm, the origin of life from nonliving chemicals and the subsequent radiation of living things into every nook and cranny or niche of the planet has been the compelling mystery. To solve the mystery, biologists look to natural selection as their Theory of Everything—the axiom that environment-mediated competition between various chemical and physical possibilities or structures results in adaptation and speciation. The ever-branching evolutionary tree of life, with each terminal leaf representing another species and each forking branch a common ancestor, is the icon of this theory of life’s history.

For the physicist, a Theory of Everything would go deeper and wider; in seeking to explain the physical rules that guide the universe, we need a formula that would describe the microcosm of the subatomic world and at the same time would reach out to encompass the universe in total. In sum, the idea is to unify the laws that give rise to the four basic forces: the strong and weak nuclear forces (which hold atoms together), electromagnetism (which describes the behavior of charged particles such as electrons and protons) and, finally, gravity. The hope is that discovering the secret that would combine these laws would also explain why the universe developed to include ourselves.

“Physicists have struggled with the same problems for 10, 20, 30 years, and straightforward extensions of extensions of the existing ideas are unlikely to solve them,” says physicist Dejan Stojkovic. In a recent paper with colleague Jonas Mureika, he suggests that the current divide between general relativity and quantum mechanics may be bridged by imagining that the universe began in one dimension—a straight line—and expanded as additional spatial dimensions evolved.

Relativity theory, which is concerned with gravity, has done a good job of describing how mass and space interact on cosmic scales. Meanwhile, quantum field theory has described and unified the other three forces that control the atom. But getting the two theories together has been a frustration. One way to solve the riddle of a unifying theory is to dump the problem of gravity altogether, odd man out, so to speak. “What we’re proposing here is a shift in paradigm,” Stojkovic said in a State University of New York press release.

Because gravity does not exist without dimensions, a universe with fewer dimensions would not need to account for relativity; the researchers argue that this would eliminate the mathematical discrepancies between quantum and relativity theory. They also believe that future observational studies of deep space—viewing ever farther out in space is like going back in time—will be able to confirm or invalidate their hypothesis as the effects of what might be called “missing gravity” could be seen within the ancient light rays themselves.

The fewer-dimensions proposition might also serve to explain why the expansion of the universe seems to be accelerating and how particles behaved in the first fractions of time after the big bang. “We have to take into account the possibility that something is systematically wrong with our ideas,” says Stojkovic. “We need something radical and new, and this is something radical and new.”

Advancing even more radical ideas was physicist John Wheeler’s stock-in-trade. The originator of the concept of the black hole—a collapsed star so massive that its gravity well pulls in even passing light rays—Wheeler (1911–2008) is considered a maverick thinker, teacher and mentor.

At the heart of the universe, Wheeler postulated, was information; “it from bit” he called the feedback circuit of creation. “No working picture that can be offered today is so attractive as this,” he wrote: “the universe brought into being by acts of observer-participatorship; the observer-participator brought into being by the universe.” The upshot of his “self-excited circuit” of creation is indeed odd: our observation of the universe today changes it retroactively to create it in the first place. Stranger still, Wheeler designed experiments that actually showed this type of retroactive influence, the so-called delayed-choice experiment where the results at the end change the beginning.

“We are participators in bringing into being not only the near and here but the far away and long ago,” Wheeler declared.

In another sort of branching tree, a growing number of cosmologists now view our universe as just one of an infinite number of possible universes: the multiverse. As Brian Greene writes in The Hidden Reality, “such simulated [parallel universe] worlds would forcefully realize Wheeler’s vision of information’s primacy. Generate circuits that carry the right information and you’ve generated parallel realities that are as real to their inhabitants as this one is to us.”

These are interesting speculations and not entirely without experimental merit. But they evade the most personal question of unification theory: In all of this space and time, history and material, does my human existence have purpose? A theory of everything, no matter how clever, that lacks the capacity to link the human experience with the cosmos will not be clever enough; it will always be unsatisfying. Because we are observers and participants in the universe, we must have purpose unlike that of any other creature. While loud and contrary voices discount this contention, the question of purpose is a constant throughout human history.

Here is the place where we need to know the mind of God. And a careful examination of the Scriptures indicates that it is human purpose that has been on God’s mind from the beginning. Human beings do exist for a purpose, but almost from the outset humankind drew away from it, and most continue to do so today.

The background for this mystery of ignorance in the face of desire to know is found in the story of Adam and Eve: created in the image of God (thinking, responsible, creative, and able to have a relationship with their Creator), humans were to finish the process of becoming like God in character and attitude. These attributes are formed through experience and choice, not by fiat; they cannot be inserted into the mind. Positive character traits must become part of one’s being through willful choices and decisions. This is the meaning at the root of the tree of life as opposed to the tree of the knowledge of good and evil. Just as physicists have discovered a world of particles and antiparticles with opposite qualities, so there are spiritual qualities that are either good and life-affirming or bad and life-destroying. In biblical language these qualities are described as either holy and righteous or carnal and sinful; they produce opposing ways of life that are or are not compatible with God’s nature (see Galatians 5:19–25).

The first beings made in God’s image found themselves in a position to choose, and they chose poorly (Genesis 2:16; 3:12–24). They decided to go against their Creator’s directions. In taking the prerogative to decide right and wrong for themselves, they lost the opportunity to access the tree of life and effectively cut themselves and their posterity off from God. But the potential for this mistake was also on God’s mind from the beginning. Thus a way to restore our relationship to God and renew this plan to become like Him existed as well (Hebrews 1:1–3, 5–10; John 3:16–17; Colossians 1:15–23).

Because humankind as a whole is cut off from God, an understanding of this plan of renewal requires personal revelation. At one point Jesus’ disciples asked Him about the purpose of parables. It is often said that parables were used to clarify meaning. But Jesus’ answer was quite different: “To you it has been given to know the secrets of the kingdom of heaven, but to them it has not been given” (Matthew 13:10–17).

The Creator’s plan is a hidden reality; it is a mystery, a secret hidden in parables not open to general understanding. The word secrets is translated from the Greek musterion, “the unmanifested or private counsel of God, (God’s) secret, the secret thoughts, plans, and dispensations of God . . . which are hidden from human reason as well as from all other comprehension below the divine level, and await either fulfillment or revelation to those for whom they are intended” (W.F. Arndt, F.W. Danker, W. Bauer, A Greek-English Lexicon of the New Testament and Other Early Christian Literature [2000]).

This mystery is the gospel, the good news that a plan of salvation exists and that it is meant for all human beings. Hidden in plain sight, this plan of restoration (Acts 3:19–21) is outlined in a series of commanded holy days (Leviticus 23). Each step marks the path that leads to a full knowledge of God and His purpose. From the weekly Sabbath rest (through which one acknowledges the Creator) to annual Sabbaths, one of which symbolizes a future time when all people will have access to forgiveness and an understanding of this plan, the ultimate promise of eternal life is delineated step by step.

More satisfying than any scientific Theory of Everything, this is the purpose or plan for humankind that has been on God’s mind from the beginning: to create a family, unified in an eternal, perfect way of life forever (Ephesians 1:3–10). The universe we observe is a temporary stage, the shadow of new heavens and a new earth (Revelation 21:1–7) that for now remain over the horizon.