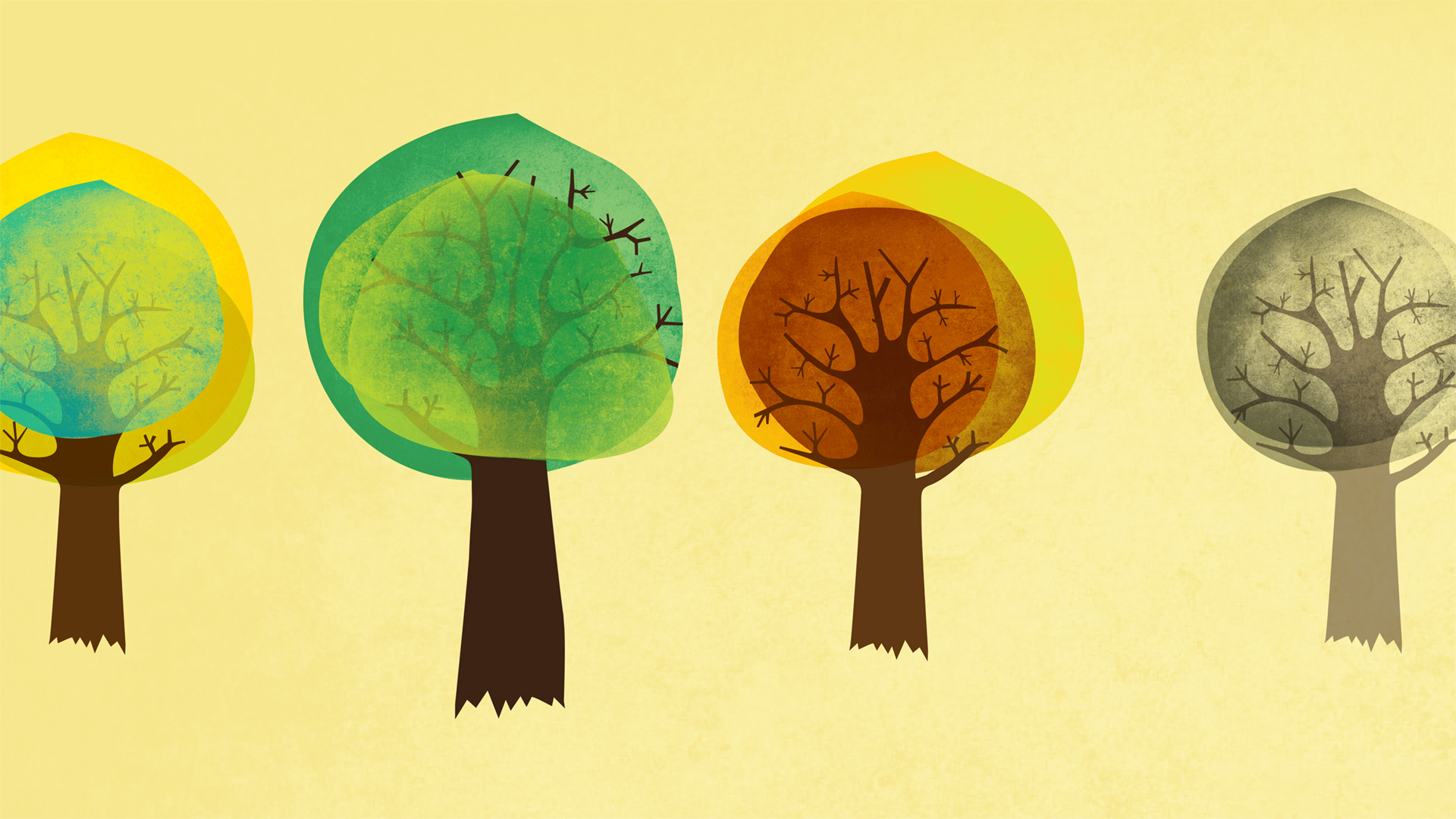 Humanity’s connection to the earth is primal: we were created from the dust of the ground. But for most of us in the 21st-century Western world, that vital connection has become tenuous at best. Are we destined to grow ever farther from our agrarian roots?

We humans are the pinnacle of God’s creation despite having been created after all other life forms that occupy the earth. Of man and woman, the Creator said, “Let us make humankind in our image, according to our likeness” (Genesis 1:26, New Revised Standard Version).

Among the creation, humankind was to fulfill a special purpose. We were to become like our Creator and work to build a godly family. The instructions given to the first man were quite clear: “Be fruitful and multiply; fill the earth and subdue it; have dominion over the fish of the sea, over the birds of the air, and over every living thing that moves on the earth” (Genesis 1:28). This involved more than merely populating the earth, working the land and exercising a dominant position over the animals. The Creator expected people to teach their children to live according to His values in a relationship with everything that had been created. Our role was to exercise stewardship over and within God’s creation.

“We have bought unconditionally the economists’ line that competition and innovation would solve all problems, and that we would finally accomplish a technological end-run around biological reality and the human condition.”

If the earth was to sustain an ever-increasing population, then stewardship would require methods and practices designed to allow the earth to rest and regenerate. Man would have to practice what we refer to today as sustainable agriculture—agriculture that doesn’t harm the soil or the ecosystem’s other elements and processes.

So God placed the first humans in a perfect environment to provide them an example of what their stewardship was to produce: “Then the Lord God took the man and put him in the garden of Eden to tend and keep it” (Genesis 2:15). Tend and keep are verbs associated with the idea of guarding and serving. The garden of Eden was the prototype of the environment in which God intended all humans to live. People married, children were born, and families multiplied according to God’s instruction. The land became the foundation on which family life was built. It would produce and sustain life if man would tend and care for it.

But there was more to this relationship than mutual life-sustaining support. Its purpose was to demonstrate that our Creator, who owns the earth (Psalm 89:11), was preparing an inheritance for His family, those who would through obedience to Him demonstrate their desire to inherit. Our understanding of this develops from God’s selection of Abraham as the foundation of a nation that would live as His people on the earth and show by example that His values in government and economy produce peace and prosperity. The land was the basis of that economy. Implicit trust in Him, not only as a deity but as their Father, was to be the basis of that nation’s government.

Abraham was the patriarch of that great nation. He was called to become its father because God trusted him to do what Adam and Eve had failed to do: to teach His children to value the creation and prepare themselves to inherit what He wanted to give them (Genesis 26:3–5). After Adam and Eve failed their mission, humanity eventually came under judgment in the form of a flood. And after the flood, when humans began to repopulate the earth, it became apparent that they simply would not be ruled by their Creator. Rather than scatter abroad over the face of the earth according to God’s instruction, in an effort reminiscent of their parents Adam and Eve they constructed Babel—the seat of human self-government on the earth. This was the second rejection of the Creator’s plan to establish His government on the earth. Once again God executed judgment against humanity. This time He divided their language and thus forced them to scatter over the face of the earth.

It was centuries before Abraham’s children inherited the promise made to their forefather: “And the Lord said to Abram, after Lot had separated from him: ‘Lift your eyes now and look from the place where you are—northward, southward, eastward, and westward; for all the land which you see I give to you and your descendants forever’” (Genesis 13:14–15). God later reiterated an earlier promise: “To your descendants I have given this land” (Genesis 15:18). But when Abraham’s children were established as a nation, they were given more than mere real estate. They were given a constitution consisting of the only law capable of producing and sustaining real peace: the Ten Commandments. The Creator, their Father, also gave them laws to govern human relationships, their relationship with Him, and their relationship with the land. They became the ancient nation of Israel, and their home was the Promised Land, centered west of the Jordan River in what was then known as Canaan.

When they took up permanent residence, God imparted perhaps the most important land-use regulation He would give them: the law of inheritance. Each tribe and each family within a given tribe was to receive an inheritance of land, for, as Moses told them, “the Lord will greatly bless you in the land which the Lord your God is giving you to possess as an inheritance” (Deuteronomy 15:4).

God was true to His promises. After the Israelites had crossed the river and taken possession of the land, the Bible records that Moses’ successor Joshua “let the people depart, each to his own inheritance” (Joshua 24:28). The nation was economically and culturally land-based with two fundamental economies: ranching or herding, and agriculture. The land belonged to God, and the children of Israel were trustees obligated by covenant to manage their economy according to restrictions imposed by the Landlord. There were instructions on “resting” the land one year in seven and on the ramifications of doing that. There were laws regarding the selling and buying of land using debt financing. There were laws restricting the sale and transferability, or alienation, of land. Land was central to the function of the nation. In this manner, the nation of Israel was to become the working model of God’s original instruction to “subdue and have dominion over” the earth—all designed to illustrate a much larger point about a much greater inheritance that the Creator intended to provide for His human family.

Unfortunately the ancient nation of Israel went wrong in its mission, just as Adam and Eve and those who lived after the flood had gone wrong. The nation abandoned its contractual obligations to God, and after the people failed over many years to heed countless warnings to change, an enemy nation conquered them and led them into captivity. They lost their identity, and the intended role model for God’s way of agrarian-based life ceased to exist.

A Model for the Future

The story does not end there, however. God plans to bring about a system of government that will produce peace for eternity. And because He understands the importance of a level of prosperity that eliminates the scourge that comes from deprivation, He will also establish a system of commerce and economics that will benefit the people of all nations. This has been His intent from the beginning, and He will see His purpose through until it is accomplished.

“Our present economic assumptions are failing in agriculture, and to those having eyes to see the evidence is everywhere, in the cities as well as in the countryside. . . . If agriculture is to remain productive, it must preserve the land, and the fertility and ecological health of the land.”

A major theme running through the Bible, particularly emphasized by many of the prophets, is that of restitution and reconciliation. The working model will again be activated—restored—at a future time. Speaking of His people, God says of this future time, “I will take you from among the nations, gather you out of all countries, and bring you into your own land. . . . Then you shall dwell in the land that I gave to your fathers; you shall be My people, and I will be your God” (Ezekiel 36:24, 28).

It is clear that God intends to teach the people of all nations about His plan for their lives. Using His land-based model for society, He will construct an ideal society. Ezekiel continues, “They shall also walk in My judgments and observe My statutes, and do them. Then they shall dwell in the land that I have given to Jacob My servant, where your fathers dwelt; and they shall dwell there, they, their children, and their children’s children, forever” (Ezekiel 37:24–25). The restoration of land inheritance will once again become the central feature for national and family organization. As it is implemented by this nation, it becomes the standard that will be adopted by all nations over time, because God said that through Abraham He would bless all nations. Abraham is, after all, the progenitor of a broad spectrum of peoples, and as the “father of the faithful,” his reach encompasses all who seek to be included in the blessings offered to his descendents.

From Adam to Abraham and beyond, a land-based economy is consistent with the way God intended us to live. It is the means by which we can understand humanity’s even greater potential in the family of God. A new system is coming. Under Christ’s direction, the whole earth will become united in one system of land-based government, commerce and economics. As the psalmist declared, “The earth is the Lord’s, and all its fullness, the world and those who dwell therein”; and further, “The meek shall inherit the earth, and shall delight themselves in the abundance of peace” (Psalm 24:1; 37:11).

An agrarian culture, under God’s guidance, will ultimately bring humanity into the knowledge of the great Creator and His plan and purpose for creating humankind.