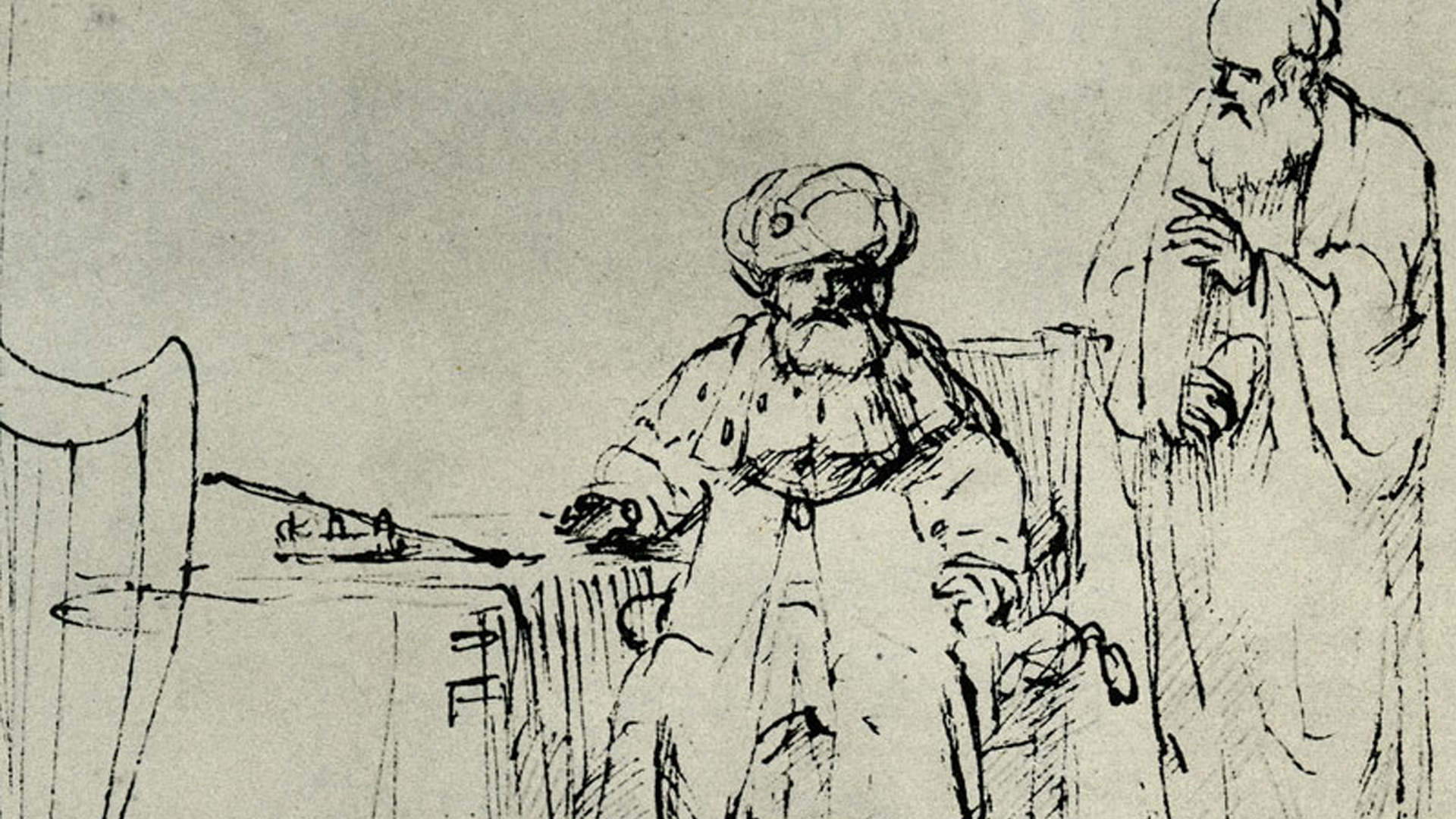 An early follower of Jesus said that David “found favor before God” (Acts 7:46). The apostle Paul mentioned that God had approved of the king with these words: “I have found David the son of Jesse, a man after My own heart, who will do all My will” (Acts 13:22). Yet at the end of his life when he wanted to build a temple for God in Jerusalem, he was denied. David’s explanation was that “the word of the Lord came to me, saying, ‘You have shed much blood and have made great wars; you shall not build a house for My name, because you have shed much blood on the earth in My sight’” (1 Chronicles 22:8).

David’s character flaws were numerous. Several were open for all to see. In the case of Bathsheba and her husband, he was both adulterer and murderer, yet also a profoundly repentant man. His response to God sending the prophet Nathan to point out these sins was to immediately seek God’s forgiveness. Blinded by sin, he could nonetheless recognize it and change when shown. A psalm attributed to him expresses great remorse: “Have mercy upon me, O God, according to Your lovingkindness; according to the multitude of Your tender mercies, blot out my transgressions. Wash me thoroughly from my iniquity, and cleanse me from my sin” (Psalm 51:1–2).

It is this characteristic that differentiates David from his predecessor Saul, also a sinful man but one who could not truly admit error to the point of change. David knew that the kind of sacrifice God desires is not the animals that a stubborn Saul had wanted to offer (1 Samuel 15:22–23) but rather “a broken spirit, a broken and a contrite heart” (Psalm 51:17).

David, for all his humanity, displayed the willingness to become more aligned with God’s nature because he desired “a clean heart” (verse 10).