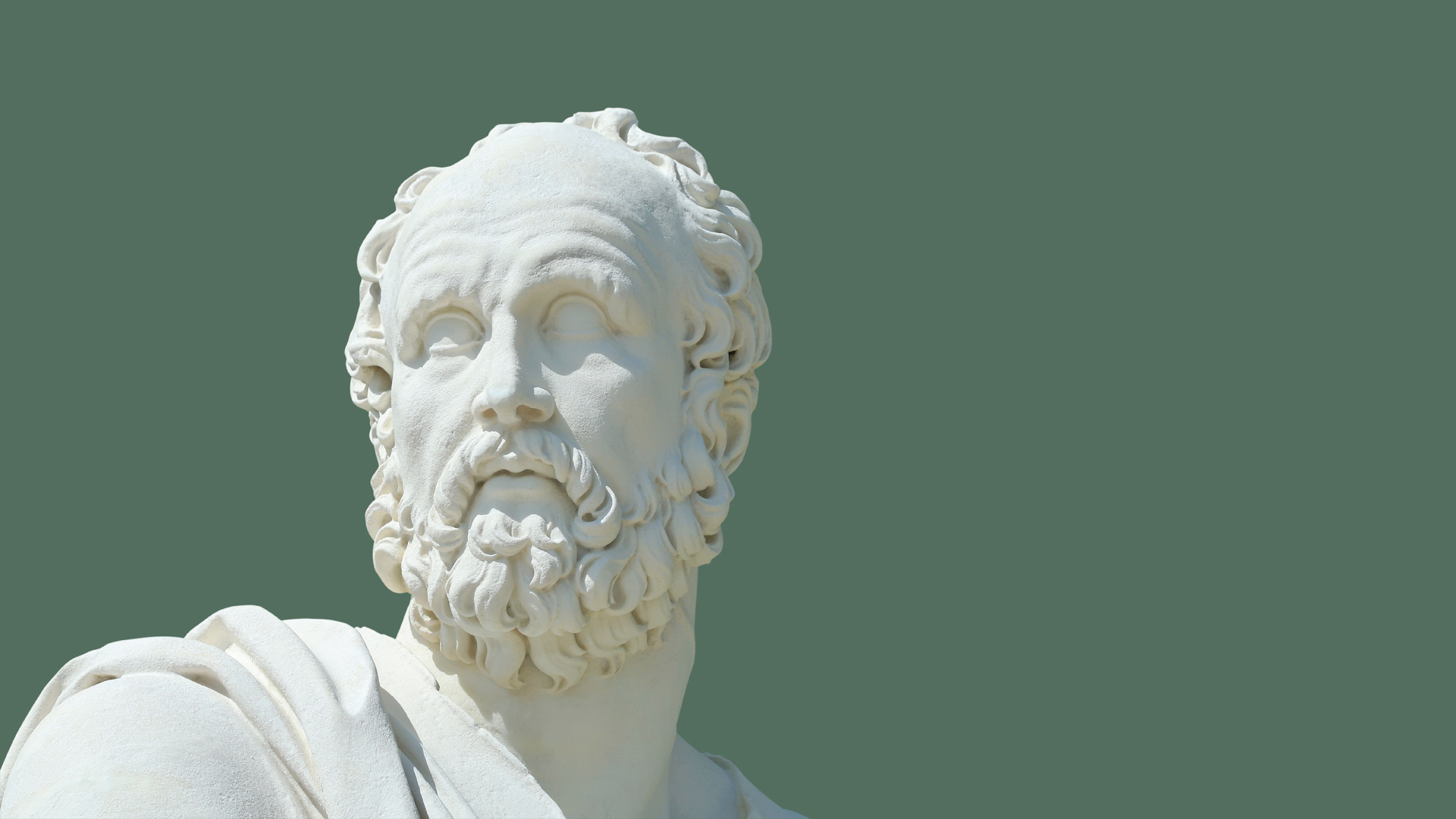 Many Western nations today grant their citizens a degree of freedom in the way they practice religion. Even so, religious persecution is not uncommon. It’s a problem with a long history punctuated by savageries such as the Holocaust, the Inquisition, the Crusades and Roman emperor Nero’s campaign against early Christians.

Not all persecution was so extreme, of course. The Bible itself gives examples of challenges that first-century believers faced with regard to their faith. In some cases the apostles were constrained by the religious authorities of the day; in others it was a matter of false teachers insinuating themselves into the church to harass and destabilize members and divert them to their own ways of thinking and doing.

The apostle Paul addressed a number of such problems in his various letters, though the exact nature of each situation is not always immediately clear. Such is the case in his letter to the church at Colossae, a city in what is now called Turkey.

It’s clear that Paul warned the Colossian church against a group of people who had been harassing them on the basis of their practices. He wrote: “Beware lest anyone cheat you through philosophy and empty deceit, according to the tradition of men, according to the basic principles of the world, and not according to Christ. . . . Let no one judge you in food or in drink, or regarding a festival or a new moon or sabbaths, which are a shadow of things to come. . . . Let no one cheat you of your reward, taking delight in false humility. . . . Why, as though living in the world, do you subject yourselves to regulations—‘Do not touch, do not taste, do not handle,’ which all concern things which perish with the using—according to the commandments and doctrines of men? These things indeed have an appearance of wisdom in self-imposed religion, false humility, and neglect of the body, but are of no value against the indulgence of the flesh” (Colossians 2:8–23).

But who were their persecutors? This is where what is known as “the Colossian controversy” begins.

Seeking an answer to the question is more than just an academic exercise. The debate over the persecutors also serves as an example of how widely accepted interpretations of Bible passages may need to be reevaluated in light of new evidence. The popular view isn’t necessarily the correct view.

Identifying the Colossians’ critics has challenged Bible scholars for centuries. It was of considerable importance, therefore, when 19th-century Protestant theologian J.B. Lightfoot came to the groundbreaking conclusion that the opponents Paul faced in Colossae were Gnostic Jews. Other commentators readily accepted his thesis. It made sense in light of the Roman Catholic and Protestant assumption that the early church was no longer keeping the “Jewish” law, including food laws, the seventh-day Sabbath and the holy days set out in the Hebrew Scriptures. In the prevailing Christian view, verse 16 (“Let no one judge you in food or in drink, or regarding a festival or a new moon or sabbaths”) implied that the critics were law observant and condemned the church for having abandoned those practices; therefore the critics must have had a Jewish background. Further, because Paul mentioned philosophy and the relationship of the physical world to the spiritual, it followed that these Jews had absorbed some Hellenistic philosophy and were therefore also Gnostic.

Very little was known about the Gnostics when Lightfoot made this identification, but that changed around the middle of the 20th century. With the discovery of the Nag Hammadi Library in 1945 and the subsequent translation and publication of those documents, a much greater understanding of Gnosticism became available. For example, it became clear that the movement was only in its infancy in the first century and didn’t yet exist in any cohesive or organized way. Further, some of the phrases Paul used to describe the Colossian antagonists’ views simply do not fit Gnosticism as it is now understood. Similarly, not all the descriptors can be linked to first-century Judaism. As a result, many scholars today have abandoned the idea that the opponents faced by the church in Colossae were Jewish and/or Gnostic (see “Christianity’s Tangled Roots” and “Rewriting the History of the Church”).

By the early 1970s as many as 44 possible troublemakers had been suggested, and since then even more have been added to the list. The newest contenders stem from the greater focus now being placed on the word philosophy (verse 8) in determining the problems in Colossae. The ongoing challenge in narrowing down the list lies in the fact that so many philosophies of the time had similar ideas regarding the physical world and its relationship to the spiritual. Paul’s words in Colossians 2 might therefore have applied to many of the groups who came in contact with the early church and its teachings and are too general for scholars to make a positive identification.

Realizing this, some have carefully reexamined the epistle to locate any specific links with the known philosophies of the day. Accordingly Swiss theologian Eduard Schweizer, in his 1982 book The Letter to the Colossians, argued that Paul was warning against an esoteric cult founded by philosopher-mathematician Pythagoras. Later researchers have focused on Middle Platonism (an adaptation of Plato’s thinking, popular from the first century B.C.E. to the third century C.E.) and most recently Cynicism, as we will discuss.

In addition, Bible scholars have engaged in a deeper study of the first-century church and of the language in the epistle, and this has led to a reversal of the traditional understanding of verses 16–17, where Paul writes of festivals, new moons and Sabbaths. Contrary to the view held for centuries, many translators and commentators now say the church was observing the weekly Sabbath, the annual holy days and other aspects of the law (see “A Pulpit of Preconceived Ideas”). For example, the term translated as “the handwriting of requirements” (verse 14), long interpreted by the majority as the Old Testament law, has been found in rabbinic literature but in relation to the forgiveness of sins on the Day of Atonement. This gives a new context to Paul’s words in the verses that follow and shows that the first-century church had not abandoned the holy days.

The view that the Colossians were being judged by members of the Cynic school of thought has gained a certain amount of traction in recent years, so let’s briefly consider that possibility. Diogenes of Sinope was one of the founders of the Cynic philosophy in the fourth century B.C.E. It was never a highly popular philosophy, but it did enjoy a renaissance in the first century C.E.; writers from that time talk of Cynic beggar philosophers, alluding to their ascetic lifestyle.

Cynics were on a quest for happiness, or serenity, and they avoided anything that might thwart that goal. Life was to be lived as simply as possible, drinking and eating only the most basic fare. This limited the possibility of happiness being lost because of a shortage of, say, good wine or gourmet foods. Their ideals included self-reliance, liberty and indifference, the idea being that if they had no cares or need to rely on others, nothing could disappoint and thus impinge on their happiness. Cynicism was not an intellectual pursuit like so many other philosophies; it was a matter of rigorous training of the body.

“The opposition is not a unique ‘syncretistic blend’ of various positions but a consistent, coherent expression of Cynic philosophy.”

Cynics may well have been attracted to Paul’s teaching about putting off “the old man”—growing beyond the physically oriented preconversion self—and producing spiritual fruit; the struggle between flesh and spirit would clearly have resonated with them and their ideas of limiting sensual pleasure of any kind (“do not touch, do not taste, do not handle”). But to a Cynic, Paul wouldn’t have gone far enough. The very idea of believers feasting on holy days would have been repugnant.

Paul’s comments to the Colossian church about not allowing others to judge them speaks to another characteristic of the Cynics. Based on accounts by Hellenistic writers, Cynicism was the most judgmental of the philosophies; they had a reputation for constantly critiquing others and would have been eager to tell the church in Colossae where they were wrong and how life should be lived.

Another possible tie to the Cynics is found in the third chapter of Colossians. Here Paul sets out a series of opposites: “neither Greek nor Jew, circumcised nor uncircumcised, barbarian, Scythian, slave nor free” (Colossians 3:11). The contrast of Greek to Jew, circumcised to uncircumcised, slave to free makes immediate sense. Paul lists mutually exclusive groupings to show the way in which Jesus Christ breaks down barriers between people. But what about “barbarian” and “Scythian”?

The Scythians were nomadic tribes of horsemen who for several centuries flourished in parts of Asia. Although their empire had crumbled by the time of Christ, the name survived among Greeks as a synonym for barbarians. To the Greeks, non-Greeks were by definition culturally inferior and thus classified as barbarians, with Scythians among the lowest of the low. But the Cynics viewed the nomadic, pastoral Scythian lifestyle as an ideal; they referred to themselves as Scythians and to their tattered outer garments as “Scythian cloaks.” But their humility ironically became a source of pride. To them, the worldly Greeks were the inferior barbarians, as Diogenes proclaimed in one of his letters (Epistle 28.8). Seen in this light, Paul’s reference to barbarians and Scythians is indeed another pair of opposites and also makes sense of his reference to “false humility” (Colossians 2:18).

More parallels can be drawn to link the Cynics to the Colossians, though space does not permit a fuller discussion here. But based on a careful review of the evidence now available, it does seem entirely plausible that the persecution the Colossian church faced was from Cynics. Still, many Christians continue to hold on to a traditional though insupportable interpretation because it fits within their preferred theological framework. With that approach, however, the perpetuation of error seems all but assured.