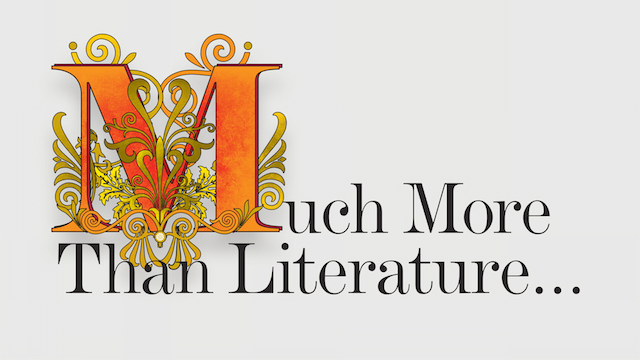 This year the King James Version of the Bible celebrates an anniversary. In its 400 years in print, this number-one bestseller is perhaps the most pivotal book ever written.

In The Book of Books, Melvyn Bragg, the British author of several biographies and histories, gives us a brief historical account of the KJV. He is at his best, however, in arguing that this translation’s words have had wide-ranging consequences, “often in the most unanticipated ways.”

In the English-speaking world, when people think of the Bible they tend to think of the King James translation. And rightly so, as it has influenced our language and literature like no other book. The translators crafted this version with the idea that it was to be read aloud and in a memorable way. Bragg offers a list of common expressions that can be traced to the KJV; for example, “from time to time,” “to pour out one’s heart,” “to rise and shine,” “pride goes before a fall,” “the land of the living,” “no peace for the wicked,” “go the extra mile,” “sign of the times,” “the apple of his eye,” “a man after his own heart,” “sour grapes,” “lost sheep.”

“Whoever you are in the English-speaking world, I hope to persuade you to consider that the King James Version of the Bible has driven the making of that world over the last 400 years, often in most unexpected ways.”

The Bible is much more than literature, however; it’s a book about living. So it isn’t surprising that it has influenced every human endeavor and that it encourages reflection and deep thinking. But sometimes readers get it wrong. People don’t always interpret it the way it was intended, twisting the message to justify their own ends. “Hard-line Protestants,” writes Bragg by way of example, “brought to New England a fanaticism allied with righteousness which would begin to clear the new continent of its natives. It would go on to build a capitalist democracy, global industries, new technologies, weaponry, and it would encourage mass education, equality, and princely philanthropy. The dark side led the settlers into the deceits, injustices and crimes of all dominating empires. The King James Version was there, every step of the way, for better and for worse, often the latter.”

Some issues on the “dark side” have been especially painful. The author devotes an entire chapter to slavery and the American Civil War, noting that slavery in America “tested the King James Version to its limits.” Slavery has been part of civilization for thousands of years, and the Bible not only reflects that but has been read to be both for and against it. Although the Civil War had more than one cause, slavery was central, and “both sides saw the Bible as their ally and their salvation.” Once again misinterpretations were used to fatal effect in this era of American history. The Quakers “were the first organised religious group to petition against slavery” and oppose the “ingrained opinion that slavery was God-sanctioned,” Bragg notes.

The Civil War was as much a beginning as an end, he goes on. “What transpired after the Civil War was not unlike a phenomenon that some practitioners in psychoanalysis observe: that the removal of a neurosis may leave exposed a psychosis. Slavery was abolished: racism remained dug in. The next century would be devoted to the successful assault on this visceral bigotry.”

Because both individuals and organized groups interpreted (and misinterpreted) the widely available King James Version as it suited them, it might be called the version that democratized the Word of God: “Once released, it was open to comment and challenge and the ‘interpretations’ were multitudinous.” It was a translation through which everyone could speak and act, often for personal ends. With God being claimed by both sides on any number of issues, for many of its readers the Bible “spoke in conflicting tongues and all of them sought and found authority in the words of God or His prophets.”

This new mindset caused some to question the Bible itself. With the coming of the Enlightenment, “both nature and the Scriptures were to be tested. As the centuries rolled on,” observes Bragg, “nature proved increasingly boundless, enlarged and empowered by being tested: the Scriptures were found increasingly vulnerable and frail, needing more and more faith. But the space for faith was still defended.”

“This Bible is one of the fundamental makers of the modern world. . . . This book walks with us in our life today. Its impact on the English-speaking world is unparalleled.”

While Bragg goes on to discuss the impact of the King James Version on such subjects as education, missionary work, women and sex, he maintains that the development of political democracy in Britain and America may be the KJV’s greatest achievement and “the biggest of [its] unexpected consequences and impact.”

He quotes Thomas Paine, American founding father and pamphleteer, who adopted the language of the King James Bible in his sensational booklet Common Sense: “Near three thousand years passed away from the Mosaic account of the creation, till the Jews, under a national delusion, requested a king. Till then their form of government (except in extraordinary circumstances when the Almighty interposed) was a kind of republic administered by a judge and the elders of the tribes . . . and when a man seriously reflects on the idolatrous homage which is paid to the person of kings, he need not wonder that the Almighty, ever jealous of his honour, should disapprove of a form of government which so impiously invaded the prerogative of heaven.” Bragg notes, “In the Bible the non-religious Tom Paine found a template for revolution. . . . The Bible fed his hunger for democracy.”

Quoting others such as Abraham Lincoln, John Milton and George Washington, Bragg builds his case: “‘When God gave Adam reason,’ wrote Milton, ‘he gave him freedom to choose, for reason is but choosing.’” Bragg adds, “Through the translated Bible the great blessing of being able to decide for themselves now reached the people.”

The Bible is, in fact, a book about choice. But it is a guide to making correct choices, warning us not to choose according to our own reason but according to the wisdom of God.

Today the translation authorized by King James still sells well, but it is frequently being discarded in churches for the clarity of more modern translations. The KJV is thought to be difficult to understand. Bragg finds that troubling: “Some of it is difficult, but not much, and it is not difficult to explain or to teach. It was always a little difficult and in that difficulty was one of its strengths: it showed seriousness, it expressed depths of meaning, it provoked thought.” He concludes, “Its impact has been immeasurable and it is not over yet.”