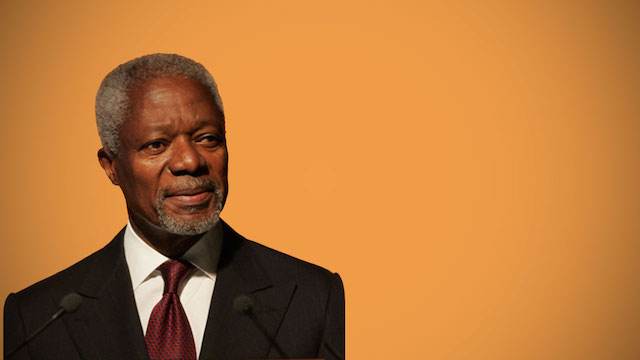 Will the 21st century usher in an unprecedented era of global cooperation replacing competition among nation-states that are scrambling for natural resources and the wealth they bring?

Sound a bit far-fetched? Is this the wishful thinking of one-world wonks; a utopian dream, easily dismissed; or perhaps a geopolitical invention born of necessity if nature’s bounty is to be nurtured for future generations?

Jeffrey Sachs, director of the Earth Institute at Columbia University, believes that this generation not only can but must exchange traditional national self-interest for global interconnectedness. His bold challenge to the citizens of the world is that if we have the will, there is a way to eradicate extreme poverty and achieve sustainable development in our lifetime.

In a March 24, 2008, article in Time, he writes: “The 21st century will overturn many of our basic assumptions about economic life. The 20th century saw the end of European dominance of global politics and economics. The 21st century will see the end of American dominance too, as new powers, including China, India and Brazil, continue to grow and make their voices heard on the world stage. Yet the century’s changes will be even deeper than a rebalancing of economics and geopolitics. The challenges of sustainable development—protecting the environment, stabilizing the world’s population, narrowing the gaps of rich and poor and ending extreme poverty—will render passé the very idea of competing nation states that scramble for markets, power and resources.”

Every two years the Earth Institute assembles an international panel of distinguished experts from a variety of disciplines to address the State of the Planet. An audience of 2,000 attended the fifth biennial event in New York City on March 27-28, 2008, to assess the extent of the problems facing the earth’s inhabitants and explore innovative ways to mobilize the expertise of science, business, government and society to pursue sustainable solutions.

Several of the renowned speakers and panelists reported “patchy progress” since the last State of the Planet summit in 2006. Considerable economic growth in Asia and Latin America suggests early signs of narrowing the wealth gap and improving the material well-being of impoverished communities. However, Africa has experienced a decline in per capita food production during the last three decades and this trend is likely to continue.

Even as emerging economies bring increased prosperity to more millions of earth’s inhabitants, complicating issues inhibit the celebration of this good fortune. Can governments promote continued economic advancement while sustaining the earth’s ecosystems? Can society expect to continue to prosper using the existing model of unmitigated resource consumption? Can the world spread the wealth and sustain the environment simultaneously?

With the earth’s population projected to reach nine billion and energy demand expected to increase 100 percent by 2050, it is not difficult to see why many view the state of the planet as precarious.

Jonas Gahr Store, Norway’s Minister of Foreign Affairs, asked those assembled to consider the shared stake we all have in global health. “Threats to health do not respect national borders. Global health is only as strong as the weakest nation. Wealthy nations will need to import workers from poorer countries to care for aging populations.”

Innovations in technology will undoubtedly play a leading role in forging the future. Carl-Henric Svanberg, President and CEO of Telefonaktiebolaget LM Ericsson, described mobile telephony as the single most transformative technology in poor countries, as it has all but eliminated the isolation of the impoverished. Cellular communications are enabling Internet access, expediting weather warnings, enhancing microfinancing through mobile banking, and easing healthcare assistance. Mobile communication subscribers have increased from 1 billion in 2003 to over 3 billion in 2008. China and India are adding 6 million subscribers every month.

Additionally, the search for clean, copious and cheap sources of energy to fuel the economic engines of the world continues. While enthusiasm for biofuels such as ethanol seems to be waning, nuclear energy programs are being revisited. Africa is expected to serve as a proving ground to evaluate the potential of solar radiation as a source of renewable energy. The future of fossil fuels is said to be doomed without the successful development of technology for the capture and storage of carbon emissions.

Can we rely on market forces and the geometric growth of the world’s economy to lead the way to a more prosperous and sustainable life for all the world’s citizens? Sachs says “No.” Trained as an economist, he has great respect for the free market, but he also readily acknowledges that its driving force is the power of self-interest. He warns that it’s impossible to privatize the earth’s atmosphere, oceans, water/rainfall, and diversity of species. These are not commodities that can be bought, sold or managed privately by individuals, corporations or countries. They are the common wealth of the world’s citizens, and we need global institutions that recognize and respond to that integral reality.

The detrimental effects of climate change, air and water pollutants, diseases and other anthropogenic (human-made) calamities don’t respect the sovereignty of nation-states nor stop at their borders. Therefore if the problem is global, the solution must also be.

In his keynote address, former Secretary General of the United Nations Kofi Annan expressed encouragement that there is now almost universal acceptance of the problem of climate change and its severe impact on the most vulnerable poor populations. Drought is devastating to the subsistence farmer. Higher temperatures promote the transmission of some deadly diseases. Lack of access to water contributes to regional conflict and instability demonstrating how environmental disasters are now seen as potential global security threats. Annan agrees that we have already arrived at an era of interdependence and there is no turning back: “Some see a conflict between national and international interests. There is no difference.”

Professor Sachs points out in the Time article: “We also face a momentous choice. Continue on our current course, and the world is likely to experience growing conflicts between haves and have nots, intensifying environmental catastrophes and downturns in living standards caused by interlocking crises of energy, water, food and violent conflict. Yet for a small annual investment of world income, undertaken cooperatively across the world, our generation can harness new technologies for clean energy, reliable food supplies, disease control and the end of extreme poverty. That’s why the idea that has the greatest potential to change the world is simply this: by overcoming cynicism, ending our misguided view of the world as an enduring struggle of ‘us’ vs. ‘them’ and instead seeking global solutions, we actually have the power to save the world for all, today and in the future. Whether we end up fighting one another or whether we work together to confront common threats—our fate, our common wealth, is in our hands.”

Can global cooperation trump national competition in the arena of geopolitical affairs?

The answer to the challenge appears to be less a lack of technological savvy, and more the inertia of vested interests and a resultant lack of will to change.

If Sachs is correct that our future is in our hands, perhaps we should consider what is in our heads and hearts before we set our hands to work. The Judeo-Christian ethic has long taught the tenet of “love your neighbor as yourself.” This teaching combines the element of self-interest with outgoing concern for others. Are we approaching a turning point in human history where the problems of the planet have begun to illustrate to us the pragmatic wisdom of this teaching? Will the challenges we share on a global scale require us to acknowledge that we are our brother’s keeper?

If earth’s future is to be prosperous and sustainable, it makes sense that we firmly commit ourselves to reconsidering the state of our hearts as well as our planet.