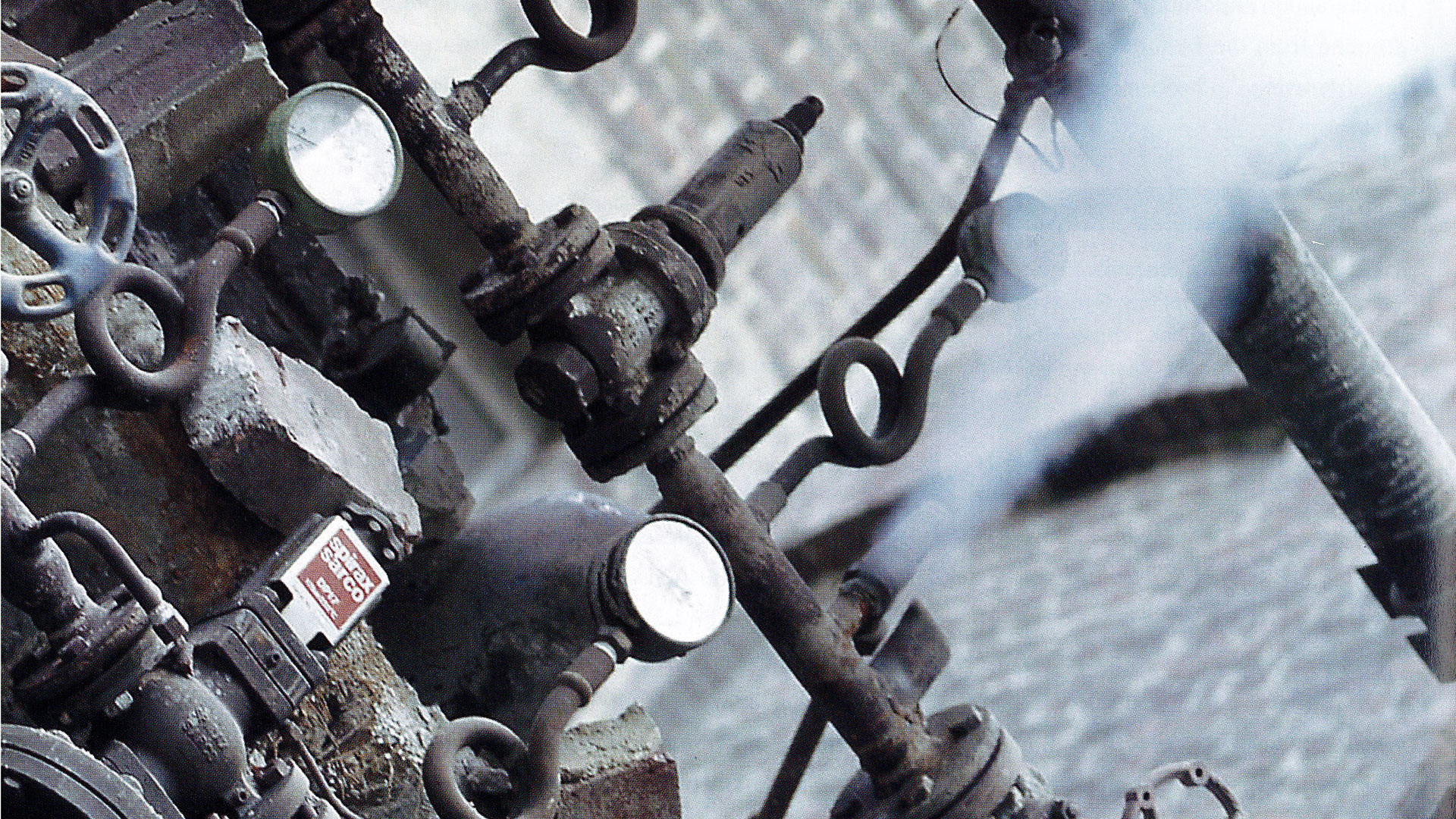 Shakespeare knew all about the guilty conscience. His depiction of Richard III had the king troubled enough to say, “My conscience hath a thousand several tongues, and every tongue brings in a several tale, and every tale condemns me for a villain.”

Feeling guilty about something in life is not new to any of us. Guilt comes in many forms and shapes. It can be caused by anything from a small incidence of forgetfulness to a massive act of malice. Whatever the offense, a sense of guilt is usually the result of falling short of some accepted standard. Author and psychiatrist Willard Gaylin notes that guilt is “often related as being contaminated, fouled, marked, soiled, or . . . stained.”

The American Heritage Dictionary defines guilt as “remorseful awareness of having done something wrong” or “self-reproach for supposed inadequacy or wrongdoing.” But guilt is “not simply self-reproach: it is inseparable from awareness of the harm, or neglect, brought about to the others affected by one’s action or inaction” (Oxford Companion to Philosophy).

Of course, guilt is much more than just an intellectual exercise. When we feel guilty, it isn’t simply an academic matter; it’s how we actually feel. When we feel pain, it helps us identify areas of the body where something is physically wrong. Having a guilty conscience is like a pain in the mind. Could we then use the feeling of guilt to diagnose problems of the heart and mind? Could we use it as a prompt to change whatever is causing mental or emotional discomfort? Perhaps a guilty conscience could help move us away from hurtful behavior.

So when we confront ourselves with something that hurts our conscience, we have a choice. We can either recognize that behavioral change is essential, or, as happens more commonly, we can rationalize our wrong actions.

But it’s in the erasing of the sense of guilt that another problem sometimes arises. According to the Gale Encyclopedia of Psychology, a person can convince him- or herself that a given act did not violate any standard of what is right, or the person can reason that he or she has no control over the events of life and is therefore not responsible for the outcome. The article goes on to point out, “With no sense of personal responsibility, there can be no sense of guilt. When guilt is reduced, internal limits on behavior disappear and people can act without remorse.” In other words, the conscience can be deactivated.

For that reason, some of the most heinous crimes imaginable have been carried out by men who felt no remorse for their evil. Think about Hitler’s or Stalin’s actions during the Second World War. There is absolutely no evidence that they ever felt any sorrow or self-doubt about killing millions of innocent men, women and children.

It’s clear, however, that the conscience operates differently in different people. While some people seem never to suffer pangs of guilt, others can surprise us with an apology for something that we didn’t even perceive as an offense but that carried great weight in their mind and conscience.

What’s important is that, while a guilty conscience can be turned off, it can also be used to make a change that benefits the individual. When guilt is turned off, humans are capable of committing appalling evil; and, on the other hand, when it is used constructively, positive change occurs. It’s when we are remorseful about falling short of standards that we optimize our chances for making beneficial changes in our lives. On an emotional level, remorse can lead to new attitudes and renewed commitment to elevate one’s behavior and habits to a higher standard.

One Step at a Time

The process that leads from guilt to change can be broken into three essential steps.

The first step is accepting that we have fallen short of personal or social standards, which involves recognition of the problem on an intellectual level. This may not be as easy as it sounds, simply because we may not always realize that we have erred. Our mistakes and shortcomings can be cloaked in subtleties so that we cannot recognize them as wrong. We may even lack a sensitive conscience on an issue, or we may not be in tune with our own actions.

By way of example, there’s the centuries-old story of a highly placed man who had an affair with a neighbor’s wife while her husband, a soldier, was away at war. The woman became pregnant. In order to cover up his part in the pregnancy, the man of influence brought her husband home on a short leave. He then used his power to have the soldier transferred to the battlefront in a different part of the country, where he was soon killed. The adulterer’s hope, of course, was that no one would be able to discover that the child was the result of his wrongdoing. Time passed, the newly widowed woman married the man, and the child was born. But there’s more to the story.

When a friend discovered the truth of the matter, he had the difficult task of confronting the man. To his credit, the adulterer eventually admitted that he had erred in his thinking and behavior. For whatever reason, he hadn’t seen his relationship with the woman as a violation of standards, and so he did not at first see his actions as wrong. Perhaps he was too emotionally wrapped up in the relationship to think rationally. But once his shortcomings were pointed out to him, he was able to make progress by grasping, at the intellectual level, the magnitude of what he had done.

There must be some anguish about our failings in order for us to want to change.

But acceptance of wrongdoing is only the beginning. There is also an emotional element to real change. While we may recognize our faults and shortcomings intellectually, without an active conscience, we may not be remorseful. Of necessity, we should become emotionally moved about not living up to standards. There must be some anguish on our part about our failings in order for us to want to change. We have to want to have everything made right.

When the man in our example realized what he had done, he was deeply distraught about it. He knew that his error had created a wall between himself and God. He was so distressed that he immediately started to pray for a solution to the separation he felt.

Without the emotional element, the chance for a fresh start is diminished. But once we recognize our shortcomings and are remorseful, we can move on to the third step, which is based on volition. Now we have to act on what we know.

The influential man in the example above was none other than ancient Israel’s King David. And according to the biblical record, David never again indulged in that kind of behavior.

We may realize what our failings are and be emotionally overcome by them, but unless we, like King David, take action to actually change, we may find ourselves in an endless cycle of steps one and two. This can lead to some serious consequences. We could develop a conscience that says “What’s so bad about this?” or we could spiral down into depression. Whichever way we go, our conscience will become ineffective in helping us on the road to real change.

The ancient Greeks referred to change as metamorphosis. The Roman poet Ovid described the process in detail, writing that only outside influence could produce permanent change in people and bring them from the normal state of human suffering to a higher level.

Another writer who lived and worked in the Greek world and who understood the role of an outside force in change was the apostle Paul. In his letter to early Christians in the Greek-influenced culture of Rome, he used the Greek word metamorphoo when he spoke of behavioral transformation: “Don’t copy the behavior and customs of this world, but let God transform you into a new person by changing the way you think” (Romans 12:2, New Living Translation, emphasis added).

Paul realized that lasting change was beyond the grasp of most people. He knew that unless we invite God into the process of transformation in our lives, meaningful change cannot happen. When viewed from a biblical perspective, short-term meaningful sorrow over our shortcomings and faults is good, but taking action and turning away from our errors—to go the opposite direction—is really what God expects of us. This is also known as repentance. True change can occur only if the process has a spiritual core.

This is the kind of metamorphosis Paul said we could achieve with God’s help. First it involves intellectual acceptance of our faults and sins. Then comes grief over the consequences of our actions. The will to do something positive to change our ways comes next. Finally we need God’s forgiveness and His strengthening to overcome our weaknesses for good.