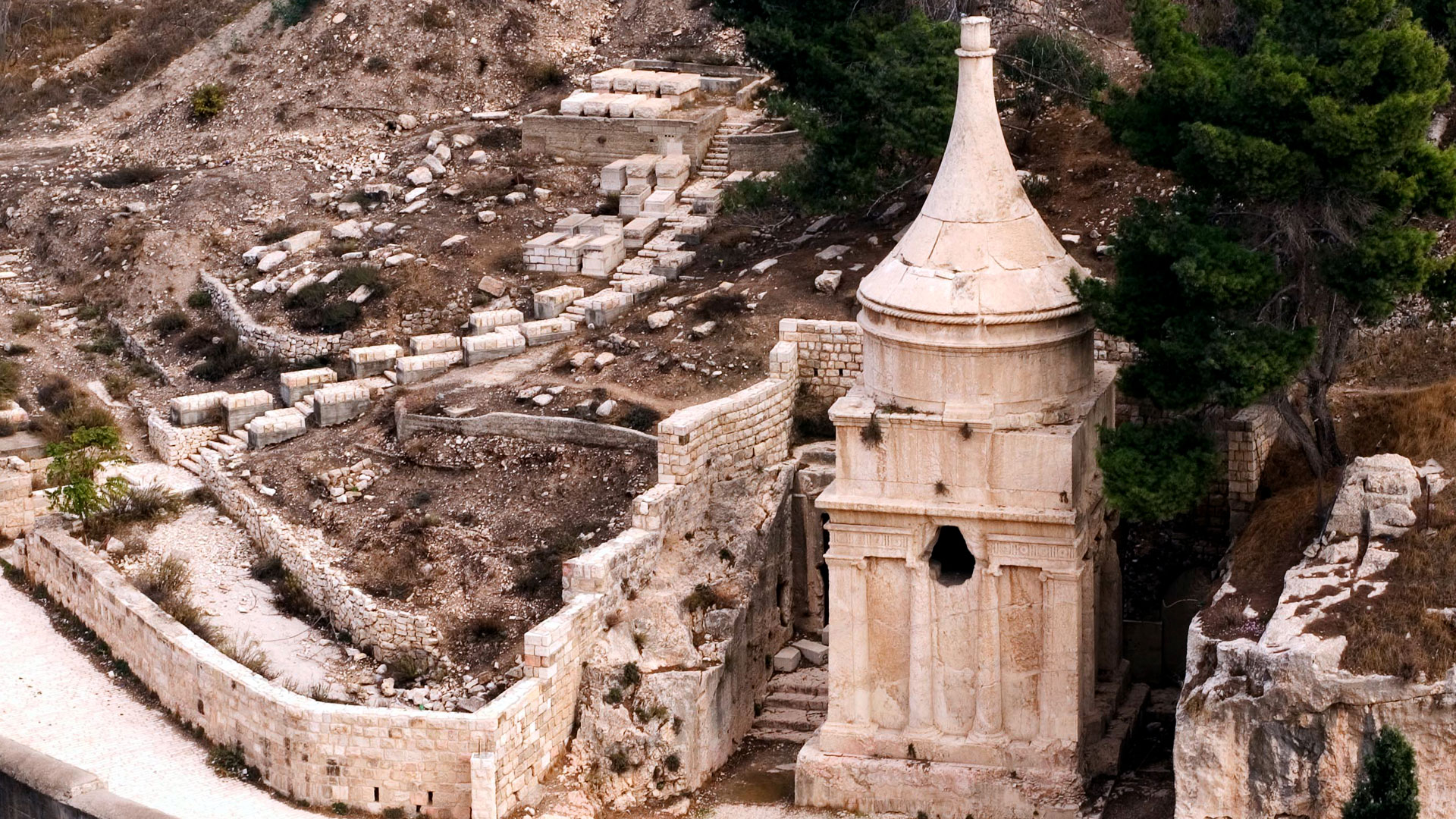 Though it’s just a tiny piece of real estate wedged between the Arab world and the Mediterranean Sea, Israel consistently draws what seems to be a disproportionate share of the world’s attention. The region has long been a focal point for reasons relating to religion and politics, but over the past century and a half it has also been the object of increasing interest for archaeologists.

While many may think that archaeology is far removed from controversy of the kind that inevitably surrounds the region’s religious and political realities, such is not the case. Take, for example, a number of archaeological discoveries that have captured the headlines over the past two years.

One was an ossuary, or funeral box, engraved with words that apparently connected it with James, the brother of Jesus. Another was an inscribed plaque related to orders to refurnish the temple at Jerusalem (see 2 Kings 12 and 2 Chronicles 24).

The huge amount of publicity surrounding these discoveries generated considerable interest not only in the artifacts themselves but in the biblical periods to which they were said to relate. About 100,000 people visited an exhibition of the “James Ossuary” held in Toronto from November 2002 to January 2003.

Since then, however, a panel of experts has declared both objects fakes and of no historical importance. The origin of the items had never been established, so the panel subjected them to a number of highly developed tests of authenticity. By such means, scholars can ascertain the origin of a stone; the accumulation of debris, or patina, on any stone or inscription can be tested and dated; and lettering and wording can be analyzed for time period. It is because the inscriptions on the two artifacts in question failed most of the tests that they were declared forgeries.

And that’s where the controversy comes in. In the world of archaeology, where nothing is ever absolute, such conclusions are inevitably subject to challenge. Many doubted the motives of the panel of experts, charging that their report constituted a conspiracy against the Bible or against religious faith in general. Some accused the State of Israel of dirty politics in their handling of the investigation. The resulting war of opinions is still raging.

Much that reaches the headlines is eventually found to lack substance or support.

One might well ask why the artifacts hadn’t been checked for authenticity before they were made public. The reality is that much that reaches the headlines is eventually found to lack substance or support. One scholar, writing about the region’s most significant archaeological discovery, the Dead Sea Scrolls, lamented: “The media tend to publicize the sensational and to give more space to idiosyncratic theories than to the ones more widely held. If anyone claims to have discovered a new messianic reference in a scroll fragment and maintains that it somehow has extraordinary consequences for Christianity, the newspapers will spread the word abroad. But when more considered opinions are reached, they gain little attention” (James C. VanderKam, The Dead Sea Scrolls Today, 1994).

Such problems are not new. In fact, they have continued for millennia. The edifice known as the Tomb of Absalom in Jerusalem’s Kidron Valley is another interesting case in point.

In 2003, retired physical anthropologist Joe Zias located two faint, eroded inscriptions on the tomb. (Zias had worked for 25 years with the Israel Antiquities Authority, where he served as senior curator. He is currently a member of the Hebrew University Science and Archaeology Group.) The inscriptions link the tomb with the burial of Zacharias, the father of John the Baptist, and of Simeon, the elderly man who blessed the infant Jesus in the temple.

As its name suggests, however, the tomb has traditionally been associated with Absalom, the rebellious son of Israel’s King David. The mausoleum is one of several that were built during Judea’s Hasmonean and Herodian periods (165 B.C.E.–6 C.E.). It is the most impressive structure in Jerusalem from this time. With its colonnaded façade and inverted-funnel-shaped roof, it rises some 60 feet from its foundation.

No ancient record of the person or family for whom the tomb was built is available at present. Its connection with Absalom was made only in the 12th century by a pilgrim, Rabbi Benjamin of Tudela. Apparently the inscriptions had already eroded to the point where they were not easily recognizable. So with nothing more for evidence than a reference in 2 Samuel 18:18 to a marker, or monument, that Absalom had erected in his own honor in the King’s Valley, the rabbi concluded that the tomb must be that marker.

His unstudied identification of the mausoleum as the Tomb of Absalom was accepted by Jews, Muslims and Christians alike. In fact, its association with Absalom was such that at some point it became the focus of a ritual: fathers would bring their sons to hurl stones at it as an object lesson in what happens to rebellious sons. Over the centuries, the pile of stones almost engulfed the monument and had to be cleared away so that the ritual could continue. Indeed, an etching from the 17th century shows the tomb half buried in stones and debris. The practice left the structure so pockmarked that any remaining evidence of the inscriptions was all but obliterated.

One thing is clear, though: Absalom died about 800 years before this mausoleum was built, making it impossible for it to have been his tomb.

The Handwriting on the Wall

If the tomb is not that of Absalom, could it have been the final resting place for Zacharias and Simeon? What about those inscriptions?

Zias recovered the faint remains of the etchings from the rock by a process known as a “squeeze,” whereby a papier-mâché cast is made of the surface. By pressing the papier-mâché into all the contours of the rock, he produced a cast. The surface highlights were then painted to reveal possible lettering. In this process, Zias was aided by Emile Puech, a professor at the École Biblique et Archéologique Française de Jérusalem and a recognized authority on inscriptions.

The inscriptions are in Greek, which is not unusual in itself as Greek was the lingua franca of the eastern Roman Empire at the time. However, the inscriptions themselves are instructive. The first simply states, “This is the tomb of Zachariah, martyr, very pious priest, father of John.” The second, relating to Simeon, is a quotation of Luke 2:25, but the exact wording is preserved only in a fourth-century manuscript—the Codex Sinaiticus. It states, “Simeon who was a very just man and a very devoted old [person] and waiting for the consolation of the people” (a reference to the Messiah).

Both statements were inscribed on the wall of the tomb above a door, but in a very crude fashion. Professor James Strange, an archaeologist from the University of South Florida, commented to the Associated Press that they were written by “folks who knew their Greek and their Luke, but didn’t know how to be masons.” In other words, they were probably not etched by the builder of the tomb.

Writing late in the fourth century, the Catholic church father Jerome, who was living in Bethlehem, referred to the tradition that Zacharias, Simeon and James, the brother of Jesus, were buried in the same tomb. No earlier writings make reference to such a tradition. (Based on this tradition, Zias and Puech believe there may have been a third inscription on the monument linking it to James, though it remains as yet undiscovered.)

Interestingly, both James and someone named Zacharias are associated with the Kidron Valley. First-century Jewish historian Flavius Josephus records the death of a prominent citizen named Zacharias immediately prior to the fall of Jerusalem in 70 C.E. Members of two Jewish groups, the Zealots and their allies, the Idumeans, brought about his death in the temple and then threw his body into the Kidron Valley below (Wars of the Jews 4.5.4). But this could not have been Zacharias, the father of John, whom Luke describes as “well advanced in years” and “an old man” before John and Jesus were even born (Luke 1:5–7, 18). In addition, no biblical reference suggests that Zacharias, the father of John, died as a martyr.

A second-century writer, Hegesippus, some of whose works are preserved by the historian Eusebius, records that James the brother of Jesus was thrown from a high point of the temple. When he was found alive, he was stoned to death and buried near the temple (Eusebius, Ecclesiastical History 2.23).

Josephus, though he indicates that James was stoned to death some four years prior to the timing given by Hegesippus, also relates the story. He says that Ananus, the high priest, brought about the death of James and some of his companions during the interregnum between the death of the procurator Festus and the arrival of Albinus, his replacement. The latter censured Ananus, and King Agrippa subsequently removed him from the office of high priest because of his actions (Antiquities of the Jews 20.9.1).

These accounts probably fed ideas of Zacharias and James being buried in the Kidron, though at present no actual account exists to link Simeon with the area. But the available history doesn’t establish an actual burial place for any of the individuals in question.

All the research suggests that the words on Absalom’s Tomb were likely written in the fourth century, after Emperor Constantine’s mother, Queen Helena, made a tour of the area in search of sites that could be identified with biblical characters, especially those from the New Testament. Her aim was to validate the teachings of the Catholic church as the new religion of the Roman Empire.

What, if anything, do the inscriptions tell us? In the words of Near East scholar James R. Davila, “this inscription gives us some interesting information about Byzantine Christian traditions, but everyone recognizes that it doesn’t necessarily follow at all that those traditions preserve accurate data from the early first century.”

Naming of monuments or locations after biblical events or individuals used to be done in an attempt to authenticate the religion.

Clearly, even in the fourth century the identification of ancient buildings and artifacts was colored by religious and/or political motives. While forgeries or false claims today can crop up because of money or the hope of funding for continued excavation, naming of monuments or locations after biblical events or individuals used to be done in an attempt to authenticate the religion. Gullible, impressionable people have always been the target. So often we fail to heed Solomon’s warning that “the one who first states a case seems right, until the other comes and cross-examines” (Proverbs 18:17, New Revised Standard Version). Right thinking and weighing the options have always been requirements when it comes to considering evidence.

In the meantime, Zias raises an interesting point regarding the implications for the continuing religious and political upheaval in the Holy Land, which revolves in part around each group’s holy sites. He writes, “If the Absalom Memorial is not Absalom’s tomb, . . . then we could ask, What about David’s Tomb, or Rachel’s Tomb, or Joseph’s Tomb in Nablus? The question of whether we are killing each other over something authentic is highly relevant.”