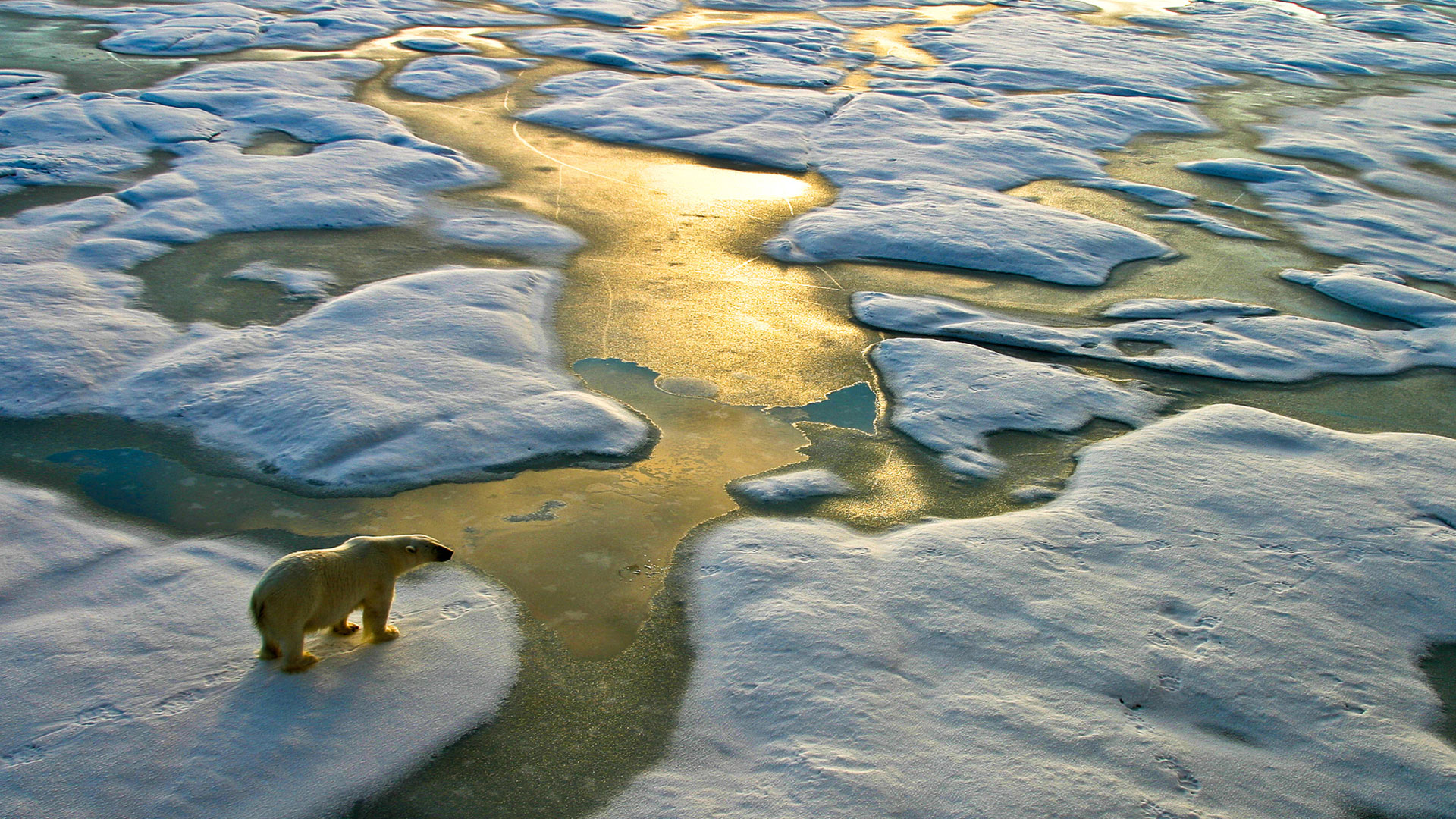 Bringing up the topic of climate change or global warming in mixed company can be a party killer. And global heating, as ecologist Paul Ehrlich likes to call it, is argued to be a planet killer as well.

Skeptics question the ability of human activity to initiate planetary change. They wonder if building cities, removing forests and increasing the carbon dioxide content of the atmosphere really matter in the big picture of life on earth. Certainly these do create change, at least aesthetically: a point with which even skeptics would agree. And there is also a clear impact on other species as we alter natural habitats by replacing them with our own housing, farming and transportation networks. But, the skeptic insists, if human life on earth is imperiled, it is more so at the hands of a fickle, varying sun; the slim chances of rendezvous with the next “dinosaur-killer” asteroid; or even the unconscionable cruelties we invent and perpetrate against ourselves.

Scientific consensus concerning our capacity to affect planetary systems and conditions has been building over the past decade, however. Of course, consensus can be wrong. As the most adamant climate-change skeptics are quick to mention, in the 1970s climatologists were not discussing climate warming but climate cooling and the potential return to an ice age. This error hangs over much of what is debated today—among nonscientists. But there is diminishing doubt in the scientific community that the activity of human beings is having global impact both climatologically as well as geologically.

SKEPTICS FROM THE BEGINNING

Humans have always been skeptical of their potential to impact the earth. When the ancient author of Genesis wrote that humankind would have dominion over all the planet, many observers at that time must have been skeptical if not amused. How will fragile man ever subdue all of nature? they might have asked. Yet today a quick mental scan of the natural world shows that it is only the menace of microbes that we have not conquered. All other life continues to thrive or to fail, at our allowance. We have the wherewithal to originate such change that we have become a kind of geologic force. As rapid and devastating as a meteor impact, or slow and steady much like nature’s weathering and erosion (only on a highly sped-up time scale), our activities trump those of all other living things. From seafloor to upper atmosphere, the entire planet has been touched by human activity. Whether the Genesis statement was a prophecy or a promise, it has apparently been fulfilled.

Of course, the gurgling planet still imposes upon us since—contrary to Stewart Brand’s famous suggestion—we are not yet “as gods.” We can do very little about earthquakes and tsunamis, volcanoes and hurricanes; there are some planetary disturbances that are indeed out of our hands, at least in any direct way.

There is, however, a growing concern that our planetary dominance is feeding into these nonliving systems, especially climate systems, in ways that will impose even greater stresses on the planet’s growing human population and on life in general. A change in the earth’s climate is not just a matter of general warming or cooling: the most important shifts would be a change in rainfall patterns. “In all probability we have changed the precipitation patterns across the entire planet,” Ehrlich told Vision, “and these will continue to change almost continually for the next 800 years at least. It will get drier in some places and wetter in others, in unpredictable ways.”

“This is not just going to be a redealing of the cards so that, for example, Russia will be lucky and will be warmer,” Ehrlich continues. “All over the world we have infrastructure fundamentally based on today’s patterns of precipitation or today’s glaciers. Our agricultural system is utterly dependent on flows of water, and those flows will be continually changing.”

Informally in 2000 and then formally in 2002 in a brief article in Nature, Paul Crutzen coined the term Anthropocene as descriptive of our human-influenced world, a new epoch in earth history. Crutzen received the 1995 Nobel Prize in Chemistry for his work concerning stratospheric ozone and the impact of chlorofluorocarbons (CFCs) on its stability. CFCs had been used as refrigerants for 50 years but, based on the work of Crutzen and others showing their ozone-depleting capacity, were phased out after the 1990 Montreal Protocol.

Some, of course, remain skeptical of these findings (just as they may see climate change and acid rain predictions as political or industrial manipulations rather than objective scientific findings). The ozone hole continues to fluctuate today, nearly 20 years after the ban. But this, atmospheric scientists explain, is the continuing result of CFCs that entered the system long before the ban.

The ozone layer and the chemical interactions within the “ignorosphere,” as Crutzen called it in his Nobel lecture, are an unappreciated key to understanding how the earth is shielded from ultraviolet radiation. The origin of the ozone layer is believed to be the important event in geologic history that allowed life to move from the sea to the land. To be able to affect its structure, realize the effect and alter our chemical industry before irreversible damage had been done was, according to the prize-winning scientist, a fortunate break. “Noting that nobody had given any thought to the atmospheric consequences of the release of Cl [Chlorine] or Br [Bromine—an even more ozone-unfriendly element] before 1974, I can only conclude that mankind has been extremely lucky.”

Crutzen’s labeling of our time as the Anthropocene was a suggestion that, rather than relying on getting lucky, we must be more proactive as a species in thinking through our contribution to the maintenance or disruption of planetary systems. In the May 2000 International Geosphere-Biosphere Progamme (IGBP) newsletter, Crutzen outlined the major areas of human impact: population increase which creates new land-use pressures such as urbanization and food production; freshwater use and its diversion and impoundment; exploitation of ocean biotic productivity; and a steady increase in the release of synthetic chemical and combustion by-products.

In considering these factors, Crutzen wrote, “it seems to us more than appropriate to emphasize the central role of mankind in geology and ecology by proposing to use the term ‘anthropocene’ for the current geological epoch.” He concluded, “To develop a world-wide accepted strategy leading to sustainability of ecosystems against human induced stresses will be one of the great future tasks of mankind, requiring intensive research efforts and wise application of the knowledge thus acquired in the noösphere, better known as knowledge or information society.”

Today the merits of the Anthropocene designation continue to be debated by specialized geologists called stratigraphers. “Stratigraphers are cautious by nature, especially when it comes to amending the Geological Time Scale,” Jan A. Zalasiewicz told Vision. Zalasiewicz, a Geologist at the University of Leicester in the U.K., is the lead author of a recent article in the journal Geological Society of America Today that asks, “Are we now living in the Anthropocene?” As his accompanying figure illustrates, the congruence of human population growth and the radical changes that are occurring “under our watch,” so to speak, are becoming ever more evident.

According to Zalasiewicz and his colleagues, land denudation and carbon dioxide input are direct results of human activity and sea level and global temperature change shift in relation to these factors. Will they be as significant in the future as they appear to be today? The researchers argue that they will. “We have entered a distinctive phase in Earth’s evolution that satisfies geologist’s criteria for its recognition as a distinctive stratigraphic unit,” they write, “to which the name Anthropocene has already been informally given.” All that needs to be done now is to establish the “golden spike”—an agreed upon time or event to mark the transition.

The Geologic Timescale is not constructed arbitrarily. Our current era, the Cenozoic, extends from today back to 65 million years ago, is dominated by mammals. The preceding era, the Mesozoic, was dominated by reptiles and dinosaurs. The golden spike, or stratigraphic signal demarcating the shift of title, other than the change of fossils themselves, is the mineral evidence of a major asteroid hit at that time. A layer of iridium, an element rare on earth but common in asteroids, is found in sedimentary layers corresponding to that age.

That layer is the physical evidence of an event that has been designated the Cretaceous (the last Period of the Mesozoic) and the Tertiary (the first period of the Cenozoic) boundary.

“Global changes that are of sufficient scale to leave a distinct imprint in geological strata are commonly the kind of phenomena that, if happening today, are likely to also greatly affect human society,” Zalasiewicz says. “Thus past episodes of marked change in global climate and sea level and in the biosphere (typically mass extinction events) often coincide with the boundaries between geological time intervals: indeed they are the features that make the strata of those geological time intervals distinctive and recognizable in practice to working geologists.” In other words, these global “perturbations” significantly changed Earth history and as they did so, the effects were recorded in the strata of the day. It’s precisely to reflect the importance of these changes that these boundaries are noted.

“Equally,” stresses Zalasiewicz, “the geologically significant changes taking place today are also changes with the capacity to greatly affect human society and—broadly—the greater the scale of change, the greater the societal impact.” Thus,” he concludes, “these discussions have a significance beyond the purely academic.”