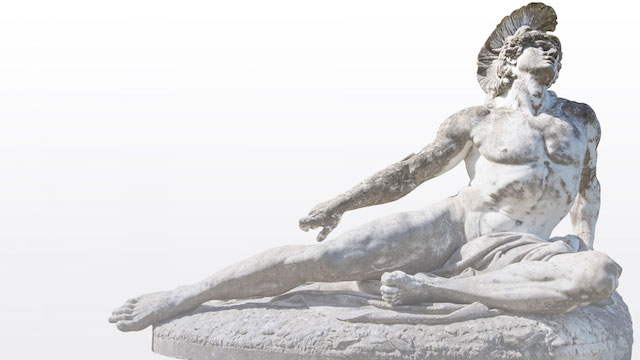 Capitalism has always been a controversial economic system: it is selfish and unfairly favors the strong, say its critics; it primarily benefits the prosperous West, invariably at the expense of poorer nations; and its huge profits go to multinational corporations, to the detriment of smaller and weaker companies.

Others, however, argue that capitalism simply offers the potential for financial profit—even wealth—to anyone who is willing to work hard and offer reliable and necessary services or products.

So how should we view this system that has come to dominate our world?

Capitalism as an economic system is indisputably linked to self-interest. It is also most often aligned with democracy, because for self-interest to function effectively there must be freedom to exercise that interest, and democracy enshrines freedom and liberty. Freedom, in turn, inevitably leads to competition with other self-interested people, particularly where interests coincide or overlap. Companies compete for business, market share, geographic or sector dominance and, of course, to become financially successful and turn a profit.

Crucially, we should recognize that there is nothing intrinsically wrong with self-interest. A level of self-interest is what motivates us to eat well, get sufficient sleep and exercise, and generally take care of ourselves. What is wrong is the direction that self-interest so often takes: looking after our own interests at the expense of our neighbor’s.

How capitalism expresses itself in particular instances will therefore depend on its proponents—their character, ideals, values and attitudes. Capitalism of itself is amoral in its workings: it knows no morals or values. Individuals bring both human nature and their own particular values and morality, or the lack of them, to the operation of the system. Some, out of a desire to compete and make a profit, will exploit their workers, gouge the opposition and otherwise conduct themselves in greedy, selfish and harmful ways. Others, motivated more by the positive side of human nature—altruism, idealism, a spirit of charity and a desire for the fulfillment of human development—will conduct themselves very differently.

The dominant world powers have tried to create secular rules and organizations to advance and at the same time contain the system. Nevertheless, within the workings of capitalism one can observe all of these opposing values at work. Sometimes we see naked competition for personal or sectional advantage. At other times we see encouraging signs of cooperation and collaboration. The United States, often thought of as the bedrock of capitalistic and democratic values, can be seen as all of these things at the same time, depending on one’s viewpoint and personal experience.

What is undeniable is that the world has seen unparalleled material advancement under capitalism and democracy. Certainly there are many tensions and shortcomings, much nationalistic selfishness and numerous abuses of the system, but greater prosperity has to one degree or another enveloped all countries that have joined the system.

What is wrong with capitalism is not necessarily the ideal of capitalism itself—that those who work hard to provide a needed service or product will prosper and be able to provide for themselves and their loved ones—but the way people operate within the system. It is their values and morality that determine their way of living and doing business. It is wayward personal motivation and individual and collective selfishness that distorts and perverts the system: to steal from others, to lie or cheat, to deny others their freedom, to exploit people—all these things are contrary to the proper functioning of capitalism or any other system. In other words, it is unrestrained human nature that forms the Achilles heel of the system.

What is needed to correct the abuses of this economic system are the core values that inform many religious and secular communities. You could summarize them in the words of the Golden Rule: Do to others what you would want them to do to you; or, put even more simply, treat others the way you’d like to be treated (Matthew 7:12, paraphrased).

How differently capitalism would function if this were to be adopted as its Golden Rule in place of the opposing de facto mantra that seems to prevail in its place: Do to others before they have a chance to do it to you. And how different the world as a whole would be as a result!