Death comes in many forms, from the peaceful to the violent. Perhaps we are somewhat numbed by the magnitude of some of the violent or catastrophic deaths that are presented to us on what seems to be a daily basis. Whether it be thousands of Rwandans slaughtered by their fellow countrymen, the drowning of multiple hundreds by floods in Bangladesh, or the shocking reality of terrorist attacks such as those of September 11, 2001, when mass death occurs at a distance, we’re able to build a mental wall of protection.

On the other hand, if any of those deaths or others like them is of someone close to us, we are suddenly face-to-face with the awful reality. We learn well from personal experience the pain and anguish of loss. Even the peaceful death of an aged person who has lived a long and fulfilling life raises difficult and emotional questions for those who remain. A loved one is gone from our life. Where is that person? What does happen to a human being at the point of death?

Mystery and confusion have long surrounded the cessation of physical life. Knowledge that can be established through the five senses provides a basis for assurances about our physical world. There simply is no scientific or physical evidence, however, to establish what happens to the human consciousness after death. Near-death experiences notwithstanding, no one has ever come back from death to tell us exactly what it is like on “the other side.” Many people, as a result, fear death, and this fear often underpins their belief in an afterlife.

Which Way Do We Go?

The role of religion cannot be overlooked in addressing the confusion regarding an afterlife. Do we go to heaven or hell, or perhaps someplace in between?

While fewer people adhere to traditional teachings today, there remains an underlying concept in most religions that if we are good in this life, then there is something enjoyable for us after death. Conversely, if we don’t measure up, then some kind of eternal punishment awaits.

According to the Catholic Encyclopedia, “the term heaven has come to designate both the happiness and the abode of the just in the next life.” It’s an idea that provides the hope that the human mind needs while dealing with the material world and the reality of “three score and ten” years.

A Newsweek poll, cited in the August 13, 2002, issue of that publication, claims that 75 percent of Americans believe that their actions on earth determine whether they will go to heaven. It is doubtful, however, that the same 75 percent would claim to be very religious or even attend a church. The same poll indicated that 76 percent of Americans believe in heaven and, of those, 71 percent believe it is an actual place. So the psychological need for assurance and hope runs deep through the American community.

Of course, the Western world does not have a corner on the heaven market. Heaven seems to be one belief that Jews, Christians and Muslims share, albeit in variant forms.

While Judaism allows any number of opinions on the subject, heaven is often referred to as Gan Eden, or the Garden of Eden—Paradise. Jewish scholar Michael Asheri writes, “It is believed that the souls of the righteous have a place there” (Living Jewish: The Lore and Law of the Practicing Jew).

According to Shahid Athar, author of several books on Islam, “Muslims believe that the present life is a temporary one. It is a test and if we pass the test, we will be given a life of permanent pleasure in the company of good people in Heaven.”

While heaven is the carrot, hell can be the stick. Whether the mental image we hold of hell was created by Dante Alighieri and his vivid imaginary journey through hell and purgatory, or by the vagueness of contemporary evangelical theology, all seem to agree that it is a place to be feared and avoided.

The Catholic Encyclopedia tells us that “hell . . . in theological usage is a place of punishment after death.” It also states that “by derivation hell denotes a dark and hidden place.” Not surprisingly then, a cursory examination of Protestant reformer Martin Luther’s early life reveals a deep motivation on his part to develop a theology that would relieve his fear of eternal punishment and separation from God.

The concept of hell predates the Christian era by many hundreds of years. Around the eighth or ninth century B.C., the Greek poet Homer portrayed a shadowy place of dreary darkness as a backdrop for his hero Ulysses. Likewise in Virgil’s Aeneid, the hero Aeneas enters the underworld, where he encounters numerous terrors. From such pre-Christian sources come many of today’s theological concepts regarding the punishment of the damned.

We fear the unknown beyond death because myth, superstition and theological manipulation combine to powerfully intimidate us.

We fear the unknown beyond death because myth, superstition and theological manipulation combine to powerfully intimidate us. Mystery and confusion are compounded by a multitude of ideas generated throughout all societies and religions regarding the future state of man once consciousness has ceased.

In an article titled “Why We Need Heaven,” Newsweek’s Lisa Miller writes, “In the 16th century, the Protestant Reformers, tapping the vein of popular outrage over the materialism and corruption of the Roman Catholic Church, offered their recruits a version of heaven that focused on the individual’s meeting God. Before he sent his soldiers on the First Crusade, Pope Urban II implied that if they died in the name of Christ, they would ascend to heaven and dwell in the company of the Lord. ‘At its worst, heaven can be an effective tool for manipulation’ says Paul Knitter, emeritus professor of theology at Xavier University in Cincinnati. ‘If you can get people to believe in a certain heaven, you can get them to do anything.’ David Koresh told his followers in Waco that if they died with him, they would go directly to heaven.”

Commenting on the human longing for reassurance about life after death, British philosopher Roger Scruton asks, “What is it that compels the one who believes in God the creator, who hopes for eternal life and trusts in a transcendental reality, nevertheless to worship only at the altar of his ancestors, living by customs that derive no endorsement from the revealed will of God? . . . Why is it that our rational pursuit of an answer to the riddle of existence leads us in the very same direction as does the mythic consciousness?” (An Intelligent Person’s Guide to Philosophy).

Scruton concludes that the truth about life and death can come only from the revealed will of the One who created humankind in the first place. The answer to what happens after death cannot be found at the altar of our ancestors, nor in humanly constructed customs or ideas developed from ancient mythology.

The answer to what happens after death cannot be found at the altar of our ancestors, nor in humanly constructed customs or ideas developed from ancient mythology.

On the other hand, the Bible provides a simple explanation of what happens to a person when he or she dies. To understand, though, we must be prepared to open our minds to another point of view.

If a man dies, shall he live again? This is the question we have all pondered, but how many realize that this very question is posed in the Bible? We are not the first generation to puzzle about this issue. The biblical author Job asked this same question and provided the answer (see Job 14:14). He had knowledge that helped him reach this conclusion, and that knowledge will help us just as positively.

Is the Soul Immortal?

The Bible teaches that we are a soul, and that the soul is mortal. The doctrine of the immortality of the soul, on the other hand, has no biblical basis. 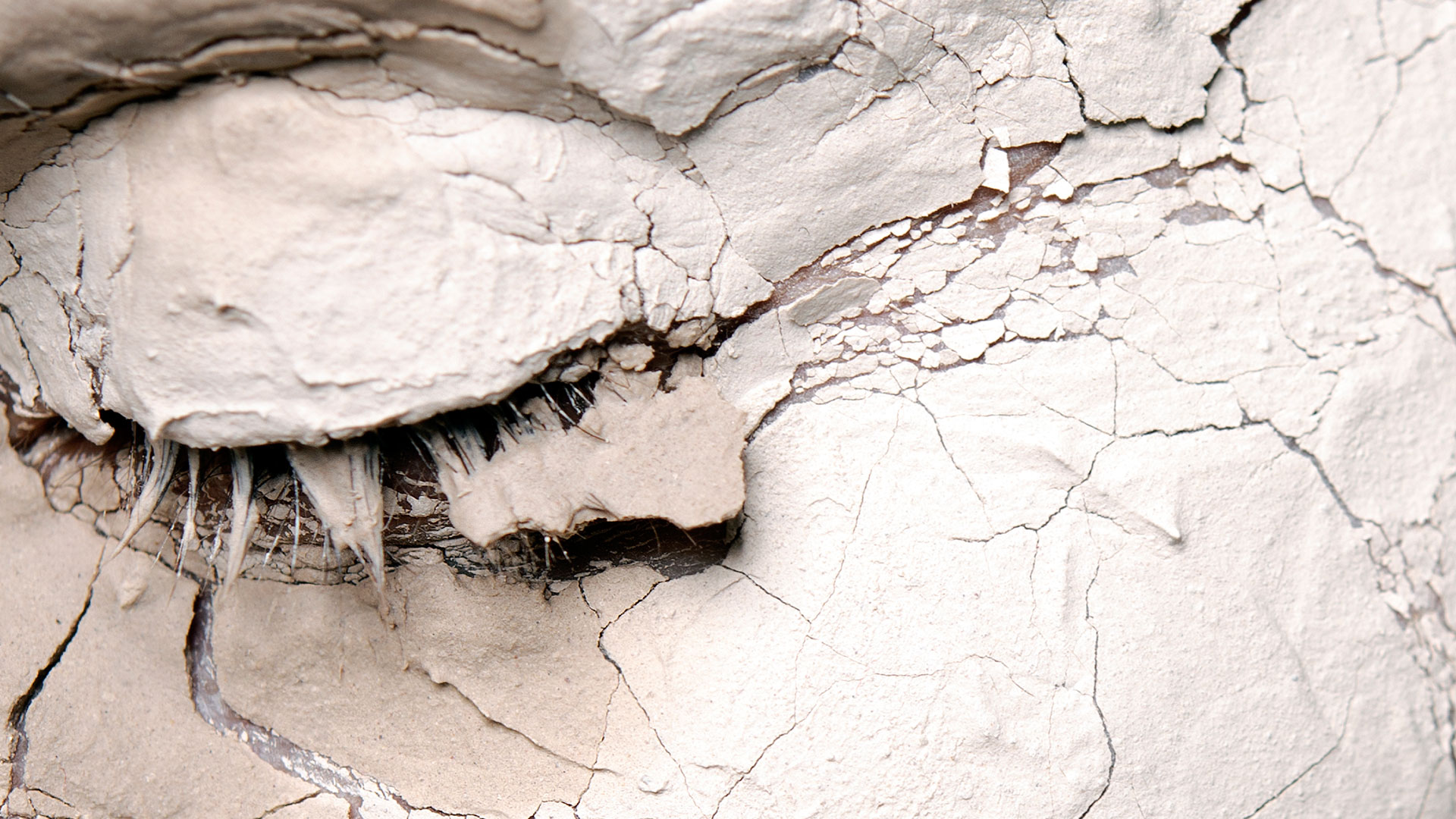 Humankind was created with great spiritual potential. The here and now serves a purpose in the development of this potential, but it is not its object. Job’s answer to his own question was that he would wait until his “change” came. He accepted the certainty of death for every human. Physical life is finite and temporary. When we die, our bodies decompose and return to the elements from which they were formed. At that point all consciousness ceases: “For the living know that they will die; but the dead know nothing” (Ecclesiastes 9:5).

The change to which Job referred is spoken of throughout the New Testament. It shows that after death there is a resurrection. Christ stated that “the hour is coming in which all who are in the graves will hear His voice and come forth” (John 5:28–29). The Bible speaks of the body as being asleep between the time of death and the moment of resurrection. When we awake in a resurrection, it will be as though we had awoken from sleep, as we do each morning. Clearly, death is a transitional condition.

When does this resurrection take place? “But now Christ is risen from the dead, and has become the firstfruits of those who have fallen asleep. . . . For as in Adam all die, even so in Christ all shall be made alive. But each one in his own order: Christ the firstfruits, afterward those who are Christ’s at His coming” (1 Corinthians 15:20–23).

Christ is going to return to this earth, and when He does, there will be a resurrection from the grave of those who are dead. “For the Lord Himself will descend from heaven with a shout, with the voice of an archangel, and with the trumpet of God. And the dead in Christ will rise first. Then we who are alive and remain shall be caught up together with them in the clouds to meet the Lord in the air. And thus we shall always be with the Lord. Therefore comfort one another with these words” (1 Thessalonians 4:16–18).

At the specific timing of Christ’s return to the earth to intervene in the affairs of humankind, the consciousness of the dead in Christ will be reactivated and they will progress to a new stage in their relationship with God.

Those resurrected are not up in a heaven, nor down in a hell. They stand with Jesus Christ on the earth after having met Him in the clouds. “And in that day [the day of His return] His feet will stand on the Mount of Olives, which faces Jerusalem on the east” (Zechariah 14:4).

“You Shall Know the Truth”

The knowledge that life has a specific purpose beyond the grave is very comforting. Without this understanding, the experience of seeing a loved one die can only produce a profound sense of loss and grief.

Those who have died are not lost in some kind of nebulous haze of human conjecture.

After death, a person is asleep—without consciousness—in the grave until empowered in a resurrection. It will be like waking from a long sleep. Consciousness will return and the creative work of God will continue, only now in a spiritual condition rather than the physical. Those who have died are not lost in some kind of nebulous haze of human conjecture. They are not tormented in hell, nor are they floating around blissfully on clouds, playing harps.

We need to free ourselves from the mental anguish caused by false ideas and concepts, which picture God as an angry Judge waiting for an opportunity to punish helpless sinners throughout eternity. Rather, God is a Father who is eagerly waiting to embrace His resurrected children. As Christ said to those who would accept the authority of the Bible, “You shall know the truth, and the truth shall make you free” (John 8:32).