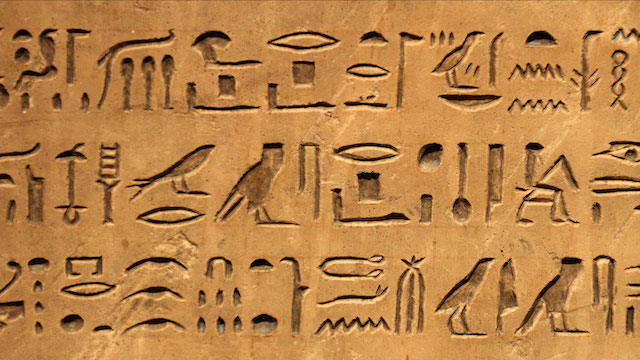 The 10 plagues of the Exodus were God’s judgment on the Egyptian gods. This included Pharaoh himself, in that he was thought to embody all the gods and acted as their representative.

How could belief in the Egyptian deities be confounded by these plagues? Put simply, everything went wrong: Pharaoh and all the gods, each of which existed to protect and regulate aspects of Egyptian life, were shown to be powerless before the God of Israel.

To the Egyptians, the Nile was a gift from the gods. Turning its waters into blood not only struck directly at the life-giving nature of the river, it was also an assault on the gods themselves. In addition, because all the fish died (Exodus 7:17–21), those gods who were worshiped as protectors of various fish, or who took the form of fish or other river creatures, were also targets of this first plague.

A vast plague of frogs emerged from the river and covered the land (Exodus 8:2–6). Several gods and goddesses took the form of frogs, which were considered sacred: killing them was a crime punishable by death. Yet the Egyptians couldn’t help but tread on them and see them all die and rot.

The dust of the land turned into lice that afflicted both man and beast (Exodus 8:16–19). Among those who would have been particularly affected were the Egyptian priests. They were noted for their physical purity: they shaved their heads and bodies, washed frequently and were routinely fumigated with incense. Such a plague would completely disrupt their sense of order and their ability to look after the gods in their temples. Not even the magicians, who attributed their skills to the power of Heka, the god of magic, could match this plague.

Various forms of flying insects are implied, great swarms of which ruined the Egyptians’ land (Exodus 8:21–24). This plague, too, struck at the Egyptian sense of order and equilibrium (governed by the goddess Maat). A pharaoh’s legitimacy and effectiveness were judged on how well he kept the gods under him performing their responsibilities, and in this he clearly failed.

The Egyptians’ cattle died in the fields, but none that belonged to the Israelites died (Exodus 9:2–6). The Egyptians worshiped many animals and animal-headed deities, including several that took the form of cows and bulls.

This plague affected man and beast, even preventing the magicians from performing their craft (Exodus 9:8–11). What was more, the gods who were relied on to end epidemics and to heal the Egyptians of their maladies proved powerless against this scourge.

This plague destroyed anything—vegetation, man or beast—left out in the open, yet once again the Israelites escaped completely (Exodus 9:18–26). Because the Egyptians believed that agriculture and all the forces of nature were governed by the gods, such a destructive hailstorm would have been seen as yet another failure on the part of those gods.

Any vegetation that was left untouched by the hail was devoured by locusts (Exodus 10:4–15). Once more, the Egyptian gods of crops and agriculture were shown to be impotent.

God sent three days of impenetrable darkness, but the Israelites escaped (Exodus 10:21–23). Several gods were identified with or depicted by the sun, principal among them being Re. Egyptians venerated this national god for his consistent provision of life-giving light and warmth, yet even he couldn’t prevent the ninth plague.

10. DEATH OF THE FIRSTBORN

The final plague was death for every Egyptian firstborn, animal as well as human (Exodus 11:4–7; 12:29–30). Thereby the God of Israel was exalted over the gods of fertility, of procreation, and of protection over the Egyptians’ homes. Not even Pharaoh’s so-called divine nature was sufficient to prevent the death of his own son.

Taken together, the 10 plagues provided a comprehensive defeat of the pharaoh and of the entire Egyptian pantheon, just as God had promised.