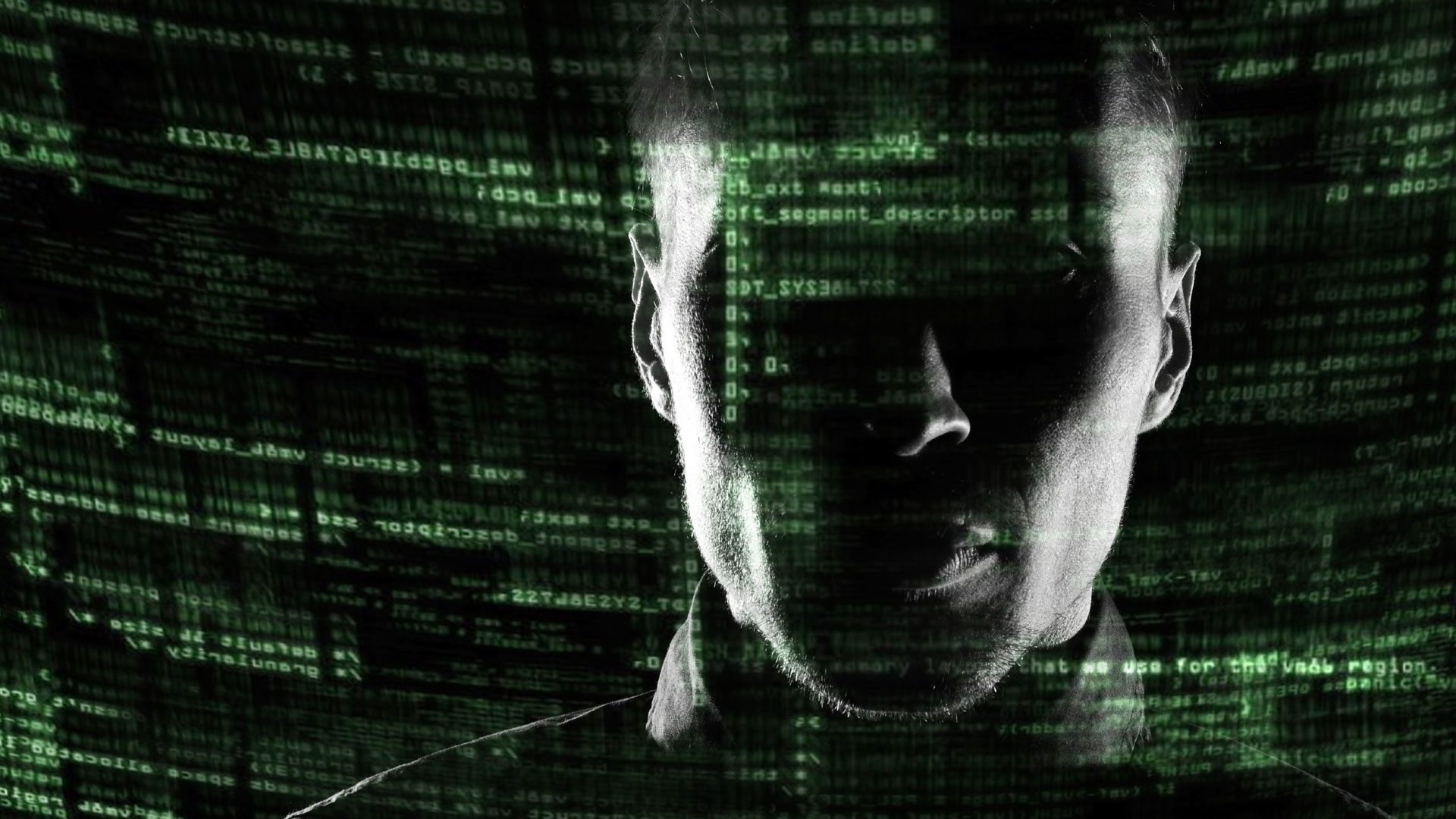 We are riding the cusp of a technobiological revolution that promises (or threatens, depending on point of view) to transform what we do, how we do it, and even what we are. Through our technological prowess we seem to be transitioning to a new species. Expert best-guess prognoses for the future are startling and controversial, but if they are right, what it means to be human will soon change forever—in part because, according to some leading-edge thinkers, technology is about to challenge the notion of mortality itself.

How most of us live in the Western world has already been utterly transformed by comparatively recent innovations: the car, the airplane, the telephone; then the personal computer, the Internet, robotics and sophisticated medical procedures, to name just a few examples. This would have seemed like science fiction—or black magic—if our forebears could somehow have glimpsed what the future held for our time. But soon the rate of change will accelerate in an almost unimaginable way and have an even greater effect on us.

“Within the next several decades, we will have the opportunity to apply ideas to conquer age-old problems—and introduce a few new problems along the way.”

American inventor and futurologist Ray Kurzweil submits that humans are on the brink of transcending their biology. He reminds his readers that in his 1998 book, The Age of Spiritual Machines, he was already envisioning the nature of human life “past the point when machine and human cognition blurred.”

With great emphasis, he notes in his latest book that when experts from various disciplines estimate where we will be in 50 years, they use linear calculations; that is, they base the projected rate of change over the next 50 years on the last 50. But he points out that technological progress is speeding up exponentially: “We won’t experience one hundred years of technological advance in the twenty-first century; we will witness on the order of twenty thousand years of progress” (The Singularity Is Near, 2005). To lend credibility to his claim, he asserts that his predictions for the decades of the 1990s and 2000s have so far proved reasonably accurate.

Going even further, Kurzweil argues that today’s exponential rate of growth is itself often exponential—what he calls “double exponential growth.” He believes that the final two of six epochs of evolution lie ahead of us. The fifth and imminent epoch will mark the merger of technology and human intelligence. Kurzweil claims that the growth of knowledge, computer processing power and computer intelligence will be so immense that unenhanced human intelligence will be essentially outmoded. Repeating an oft-quoted line from a 1965 paper by British statistician Irving John Good, he writes that “the first ultraintelligent machine is the last invention that man need ever make.” Interestingly, like many others who quote this provocative statement, Kurzweil omits the second half of Good’s sentence: “provided that the machine is docile enough to tell us how to keep it under control.” As Good himself went on to note, “it is curious that this point is made so seldom outside of science fiction.”

Whereas Good described his paper as “speculative,” however, Kurzweil is more certain of his own forecasts. He believes there will be effective software models of human intelligence as early as the 2020s. Along with others, he speaks of “singularity,” where the rate of technological progress reaches “the vertical phase of exponential growth,” or infinite speed.

Kurzweil’s sixth and final epoch will be the time when matter and energy in the universe “become saturated with intelligent processes and knowledge” and “the universe wakes up.” By this he means that humanity, or what humanity might have become by then, will no longer be constrained by physical, mortal limitations. While such a prognosis may seem far-fetched, he cites numerous mathematical and statistical models and examines expert research on the acceleration of knowledge and information technology (IT), and particularly that of IT processing power, which is one of his specialties.

Compared to present and near-future computing power, the human brain performs some functions phenomenally and others poorly. It is awesomely impressive at parallel processing, taking in and making sense of many items of information at the same time: Kurzweil mentions research indicating that the retina alone performs in the region of 10 million motion detections per second. But it is not so good at sheer processing power, speed or accuracy. Processing at the molecular level and in three dimensions appears to be the next paradigm shift in computing power, and in fact is already well into the development phase. As machines and computers increasingly outstrip us where we are weak, it is only a matter of time before they also seriously encroach on areas we might now consider the sole province of humans, including some of the subtleties of intelligence. In fact, Kurzweil says we should expect to see simultaneous revolutions in genetics, nanotechnology and robotics beginning as early as the first half of this century.

In anticipation of the spectacular changes they predict, some scientists, futurologists and investors, including Kurzweil, are expending much effort and hard cash to buy themselves a chance of staying alive until they are lifted, on the crest of a tsunami of ever-accelerating technology, to some form of immortality.

Future Minds: Will More Be Less?

Though skeptical that the superior skills of computers will translate to superior intellect, Baroness Susan Greenfield, a leading British neuroscientist and Oxford professor of pharmacology, asks just how intrusive IT will become: the new technologies might “have the effect of putting us into a passive, sensory-laden state where our personalized brains—our minds—become less relevant” (Tomorrow’s People, 2003).

In her view, “the encroachment of IT and the pull of the virtual world will mean that, for better or worse, you are hardly ever truly alone. And as the boundaries smudge between yourself and the outside world, between you and your wishes, you yourself might become a vaguer phenomenon.” The baroness notes that in this future world “we would no longer have private thoughts; rather, we would effectively be part of a larger network, a mere node in a thinking, conscious system that goes way beyond an individual mind.”

Further, she says, there is the question of impaired social interaction. Humans are social creatures, but at the same time that the family is becoming a changed institution, with various alternatives to the traditional husband-wife-children model, we’re witnessing opportunities for fantasy virtual relationships. In view of these “realities,” we might ask whether people will lose some of what it presently means to be human.

“Conscious or not, artificial systems are about to become much more interactive and personalized and, as such, will be changing our lives dramatically.”

Greenfield is uneasily cognizant of the downside of advancing technology’s effect on our humanity. She notes as almost a certainty the predictions of those who believe that in this century, machines will eclipse humankind “not only in brute mental prowess but also as broad-minded, deep-thinking citizens.” Like Kurzweil, she questions whether the deep distinction between silicon (artificial) and carbon (biological) systems will remain valid. Unlike Kurzweil, however, she is not enthusiastic about the fusion of human brain and machine. She considers the “cohesion between brain and body” in humans to be “an essential factor of consciousness” and would like that cohesion to be better understood before systems of artificial intelligence are placed inside our bodies, “effectively making us cyborgs.” As recent reports from Japan and elsewhere indicate, robotics engineering has already advanced to the point where a dangerous blurring between what is real and what is virtual is taking place.

Scientists and futurologists who have their fingers on the pulse of technology seem to agree that once computers reach a certain point, they will be capable of artificial evolution and will take over the running of the planet in some respects. As Greenfield reminds us, cosmologist Stephen Hawking has gone so far as to warn that we humans must change our DNA and develop connections between the brain and computers as rapidly as possible if we are to avoid ultimately finding ourselves in opposition to far smarter, more powerful artificial intelligence.

There is also a distinct possibility that, as always in human history, there will be the haves and the have-nots, or in this case the “enhanced” and the “naturals.” Already those who can take advantage of physical life-enhancing or -extending opportunities do so. So when technology makes it possible to augment one’s brainpower or natural intelligence, a ready market will undoubtedly be waiting. The bias of opportunity will, of course, be in favor of those wealthier individuals who can afford such enhancement, and the effect will be the deepening of an already troublesome divide between people and between nations.

And there are even darker, more negative scenarios. For example, what if a future energy crisis pushes humanity to the brink of destruction, where the struggle for basic survival tips us into a new Dark Age in which our fragile web of technology disintegrates? Or as one science writer put it, what if there’s “a smash-up on the road to singularity”? Where will that leave the human race?

As we’ve seen, Good’s 1965 proviso for a world harmlessly advanced by artificial intelligence (AI) was the hope that “the machine is docile enough to tell us how to keep it under control.” If the machine turned rogue, however, that would be a different story. A war fought by AI-gone-wrong would be a fearful thing. And from a biblical perspective, it would mesh with a scenario outlined in the first century. Recognizing that misguided human ingenuity would eventually get us into the deepest of trouble, the New Testament foretells “great tribulation, such as has not been since the beginning of the world until this time, no, nor ever shall be. And unless those days were shortened, no flesh would be saved” (Matthew 24:21–22). These are the recorded words of Jesus of Nazareth. He forewarned that humans would bring the species to the brink of annihilation. According to these words, were it not for God’s intervention, the last “epoch” in our “evolution” would not be immortality; it would in fact be destruction by our own hand.

The purpose of such warnings is not to scare us with nightmarish apocalyptic visions so we will be frightened into a self-centered “salvation.” Rather, in the verses that follow, we are encouraged in such a world to “watch” (Greek, gregoreuo—see Matthew 24:36–44; 25:1–13). The meaning is “to take heed lest through remission and indolence some destructive calamity suddenly overtake one” or, metaphorically, to “give strict attention to, be cautious, active” (Enhanced Strong’s Lexicon).

These biblical verses encourage us to recognize that human behavior will eventually bring humanity to the edge of the precipice. They also invite us to focus on our personal responsibility and moral and ethical behavior so that we can be rescued from the destruction that would otherwise overwhelm humanity for ever.