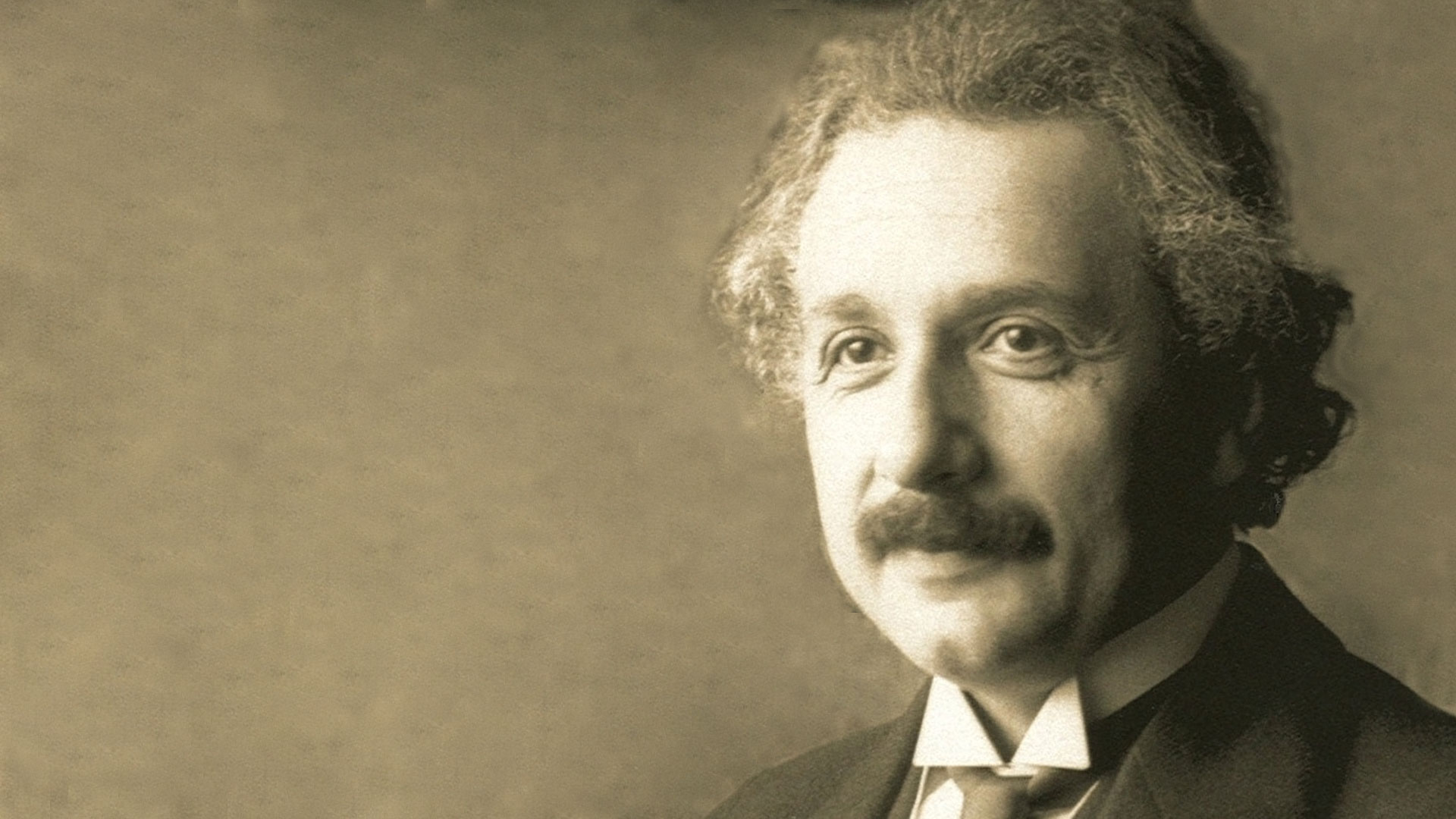 Albert Einstein, German-Swiss physicist and Nobel laureate, is best known for the special and general theories of relativity and for his bold hypothesis concerning the particle nature of light. He is perhaps the most famous scientist of the 20th century.

He was born in Ulm, Württemberg, in March 1879. Even as a youth in Munich, he showed an intense curiosity about nature and an ability to understand difficult mathematical concepts. He led an undistinguished career through high school, excelling in mathematics but failing utterly in the classics, considered so important at the time to any who would go on to university. He hated the dull regimentation and unimaginative spirit of school.

At 16 Einstein moved away from his family to Switzerland, where his credit in mathematics barely got him into a technical college in Zurich. Again, he did not enjoy the methods of instruction and skipped almost all lectures, preferring to play his violin or to study physics independently at the library.

He graduated in 1900 with the help of a friend’s lecture notes, but his professors did not recommend him for a place in university. In spite of his less-than-brilliant scholastic achievement, his non-Swiss citizenship and his Jewish race, he secured a junior position in the patent office at Bern. As the 20th century began, Einstein took up Swiss citizenship.

While in his job in the patent office, Einstein developed his most famous methodology—establishing fine theoretical science using his mind and a pencil rather than a laboratory. In 1905 he achieved the credits necessary to be awarded his doctorate at Zurich in addition to writing three influential papers in widely different domains of physics.

One paper dealt with the photoelectric effect and the nature of light; applying Planck’s quantum theory, which had been proposed five years earlier and quietly forgotten, Einstein was able to explain how metals absorbing energy from light will at some point emit an electron.

The second paper explained Brownian motion—the random jostling of molecules suspended in a fluid, and established much about the nature of molecules. This paper won him the Nobel Prize in physics 16 years later.

Not mentioned in the text of the award, however, was his third paper, “On the Electrodynamics of Moving Bodies.” It was this third paper that was to have the most profound effect on modern physics. It contained Einstein’s Special Theory of Relativity, which radically simplified the way we understand the interaction between radiation (such as light) and matter.

Einstein proposed that it was meaningless to speak of one body moving and another body being still. Bodies can only be thought of as moving in relationship to each other; all motion is relative to some frame of reference, and the laws of nature apply unchanged, whatever that frame of reference.

In particular, this means that the speed of electromagnetic radiation (such as light) is always the same, no matter the frame of reference. Einstein’s perceptive and bold viewpoint made this theory difficult to understand, even by prominent scientists. But in subsequent years, results predicted on the basis of his theory were confirmed over and over again, and the Special Theory of Relativity eventually revolutionized how scientists viewed matter, space, time and all the things that interact with them.

“We should take care not to make the intellect our God; it has, of course, powerful muscles, but no personality.”

In 1909 Einstein was given a chair in theoretical physics at the university, but he returned to his native Germany in 1914 to take up a specially created post as director of the Kaiser Wilhelm Physical Institute in Berlin. He went on to develop his General Theory of Relativity—an extension of his Special Theory—and to recognize that mass and energy could be seen as different aspects of the same phenomenon, leading to the famous formula E=mc2.

This new theory made several bold predictions about the interaction of light and gravity that had not yet been observed and which were at variance with expectations based on Newton’s understandings. In the midst of World War I, however, there was little opportunity for the scientists of the world to look for evidence that Einstein was right.

In 1919, after the war had ended, scientists used a total eclipse of the sun to confirm that light from distant stars was indeed deflected as it passed through the influence of the sun’s gravity, exactly as General Relativity predicted. Einstein became internationally renowned.

When Hitler came to power some years later, Einstein was forced to flee Germany and so emigrated to the United States to became a professor at Princeton University.

Indirectly Einstein’s revolutionary way of seeing space and time ushered the way for new technologies such as atomic fission and fusion, and radical cosmologies involving the big bang, neutron stars and black holes.

He was distressed, however, at the way his theory of relativity was misapplied to moral matters and made to support the erroneous notion that there was no ultimate good or evil. He himself held to firm standards of right and wrong and saw moral relativism, which was becoming widespread in its effects, as a bankrupt philosophy.

He was also distressed at the trend among his colleagues to reject the notion of strict cause and effect. They preferred to believe that ultimate reality is not necessarily the result of exact causes, and that the unpredictable—the uncaused—constantly occurs. Einstein’s response to this line of thinking was that “God does not play dice with the world.”

A religious man all his life, Einstein warned, “We should take care not to make the intellect our god; it has, of course, powerful muscles, but no personality.” Toward the end of his life he commented that sometimes he wished he had been a simple watchmaker. He died in Princeton on April 8, 1955.