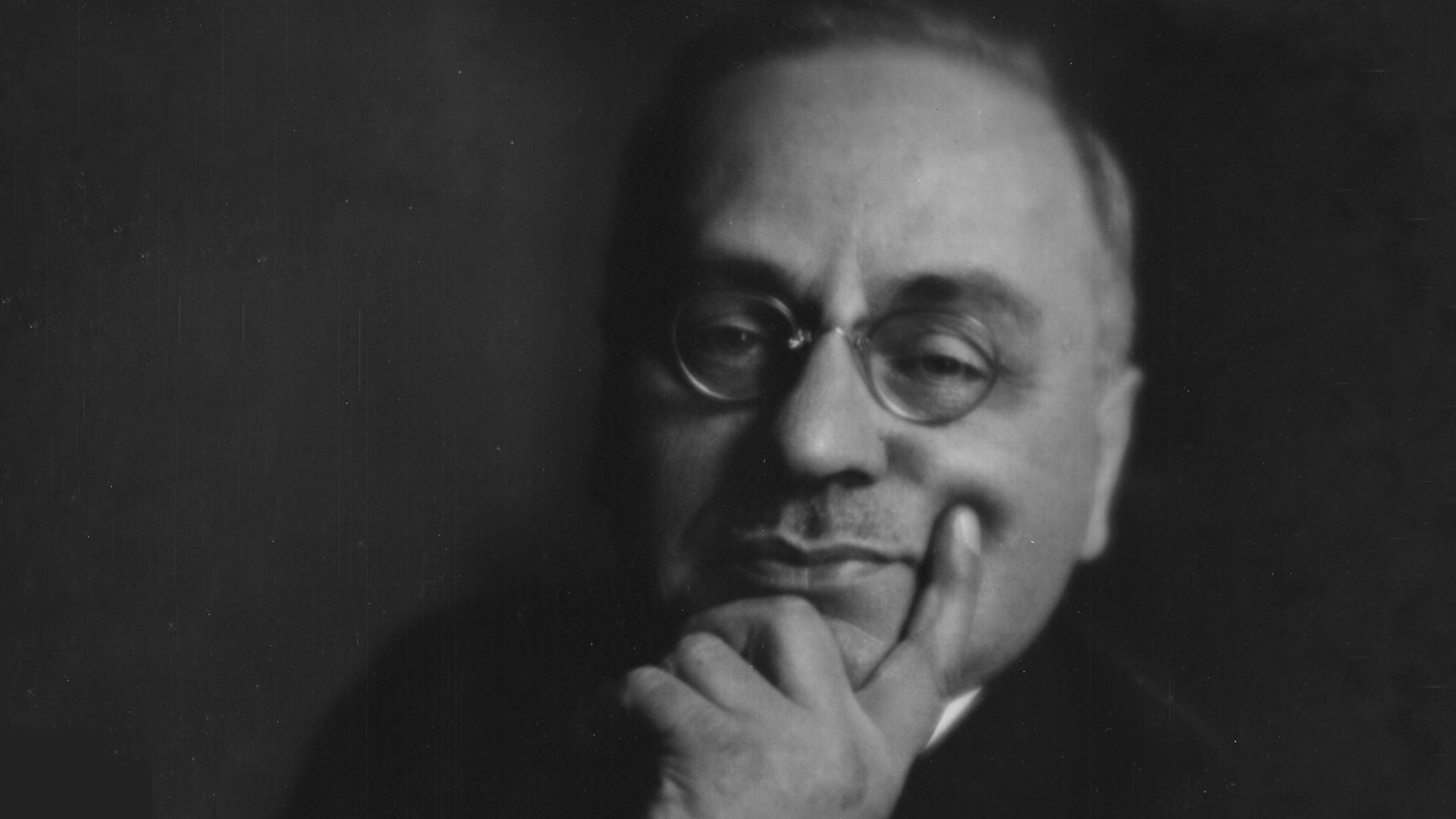 Though considered one of the three “great fathers” of modern psychotherapy, Alfred Adler is less familiar to most people today than Sigmund Freud and Carl Jung. His psychology—and indeed his life—was all about cultivating consciousness, whether of meaning in life, of choices, of the welfare of others, or of the need to overcome the limitations of birth or environment in order to reach the full human potential.

Adler’s critics see his psychology as arising almost wholly from Freudianism or socialism, while his adherents see its roots in his earliest childhood years. Paul Stepansky, a historian of European intellectual history and perhaps the first to undertake an unbiased examination of Adler’s life and work, sees influences from many spheres but concludes that most of the groundwork for his orientation was indeed laid well before his first meeting with Freud.

The second of seven children, Adler was born in 1870 near Vienna, Austria. His earliest memories were of illnesses such as rickets, which left him sitting on the sidelines as he enviously watched his elder brother’s unfettered activity. He also recalled the trauma of waking one morning when he was almost four to find that his younger brother Rudolf, with whom he shared a bedroom, had died of diphtheria in the night. The resulting awareness of death contributed to his trepidation during a severe bout with pneumonia the next year. Adler described his feelings during this time to British novelist Phyllis Bottome, a family friend whom he designated as his official biographer: “The doctor, who had suddenly been called in, told my father that there was no point in going to the trouble of looking after me as there was no hope of my living. At once a frightful terror came over me and a few days later when I was well I decided definitely to become a doctor so that I should have a better defence against the danger of death.”

Adler was struck during childhood by the effects of social and economic inequality. His family’s fortunes varied from relative wealth to near-poverty, and his wide circle of friends included girls and boys from all walks of life. He later noted that his observations of economic and social diversity during this time contributed to his eventual emphasis on the importance of “social interest,” which he defined as an awareness of the responsibility to love and cooperate with other people and to contribute to the welfare of humanity (see “A Psychology of Change”).

Adler’s parents were Hungarian Jews, but the family attended synagogue only sporadically. He spent many of his boyhood years in Jewish neighborhoods, though the playground near his home was frequented by families of the Christian working class, and Stepansky notes that it was there that he established his primary social community. Whether this contributed to his conversion to Christianity in 1904 is hard to say, but even that affiliation—like his short-lived movement in socialist circles—appears not to have been the result of strong conviction so much as an intention to assimilate into Viennese culture and perhaps strengthen his professional connections.

It was during his socialist dabbling that he met Raissa Epstein, a young political activist from Moscow. The couple married in 1897 after a whirlwind courtship. Adler had earned his medical degree two years earlier from the University of Vienna. Like Raissa, he hoped to contribute to change in the world, although not through political means as did his young wife.

In 1898 the couple welcomed the first of their four children and Adler published the Health Book for the Tailoring Trade. The book is most significant for documenting that the theoretical basis for his psychology was already developing before any contact with Freud. Taking the tract far beyond a mere medical perspective, Adler wrote that diseases common to tailors must be treated holistically, with due consideration given to the social, economic and psychological factors that contributed to the physical symptoms these tradesmen tended to suffer. Adler’s contributions to the medical journal Ärztliche Standeszeitung a few years later were consistent with this holistic view. Stepansky calls these writings “a remarkable preliminary statement of Adlerian psychology.”

In the autumn of 1902 Adler received a postcard inviting him to meet in Freud’s apartment on Wednesday evenings to discuss psychoanalysis. Three other physicians had received similar postcards, and the five men met weekly. The Psychological Wednesday Society grew into the Vienna Psychoanalytic Society, and by 1906 it had more than a dozen members.

In 1911 Adler defected from the group, however. According to Stepansky, it appears that the two men split because Freud no longer deemed it politically useful to characterize the society as an interdisciplinary discussion group. In the early years he had sought the support of medical practitioners who could lend credibility to psychoanalysis as a profession, and as such Adler was an asset. By 1910, however, Freud needed consensus among his followers in order that his movement could continue to advance.

After his departure from Freud’s society, Adler and those who had resigned in his wake met as the Society for Free Psychoanalytic Research, eventually renaming themselves the Society for Individual Psychology. By the winter of 1914, Adler had published an anthology of his previous articles titled To Heal and To Educate and had also launched the International Journal for Individual Psychology. These efforts attracted the notice of Clark University professor G. Stanley Hall, whom biographer Edward Hoffman reckoned as America’s “most influential psychologist” since the death of William James only a few years earlier.

Perhaps Adler’s pronounced productivity during 1914 can be traced to his loneliness in the absence of his family: Raissa had taken their four children for a visit to her family in Russia, and although Adler could see the threat of war on the horizon, he agreed they should go, hoping the war’s onset would be delayed until his family’s safe return. It was not. It was five months into the war before Raissa and the children were able to obtain official permission to make the arduous journey home.

In 1916 Adler was drafted as a military doctor. Bottome relates that his duties often required him to recommend which soldiers had recovered sufficiently to return to the trenches, a duty that caused him tremendous distress as he desperately wanted to “let them off.” In addition to their injuries, many of his patients were suffering the effects of trauma, or shell shock. Adler’s observations led to lectures and articles on “war neurosis,” a forerunner of what is known today as posttraumatic stress disorder.

The First World War ended, and Adler and his family struggled through the aftermath. The first two years were particularly difficult. As a medical doctor he found his services in great demand, but they were mostly unpaid, although occasionally his country patients were able to offer eggs, milk or other produce. During the war, Adler had already begun to articulate his ideas about the importance of social feeling, coining the term Gemeinschaftsgefühl. Clearly galvanized by his firsthand view of war, he now expanded his theories by promoting social feeling as the primary trait underlying mental health.

To many of his colleagues, the term seemed to carry religious connotations; some resigned from his society, calling it “religious science.” Nevertheless, Adler began to enjoy increasing respect internationally as well as within Austria, where the postwar generation was eager to consider new ideas about human behavior. Statesmen had failed to prevent the tremendous human and financial losses of war, and religious leaders on both sides had conferred blessings on the destruction; Adler’s commentaries on war and human nature rang true in this milieu.

In 1920 he began teaching psychology courses at the People’s Institute in Vienna, and as educational reform became the city’s rallying cry, he established several child guidance clinics where he applied Individual Psychology to treating children with behavioral problems. Viennese state schools were soon linked to Adler’s child guidance centers so that teachers could consult on how best to work with problem children. Parents were included in the consultations, and demand eventually arose for Adler’s participation in monthly lectures to newly established parent associations. His family-systems approach was not only successful but also remarkably innovative at a time when other psychological approaches focused on individuals—primarily adults—and generally attributed their problems to insuperable human drives. Adler’s child guidance centers were influential in the later emergence of family therapy.

By 1926, when Adler began a series of lecture tours in America, he was widely considered one of Europe’s leading experts in family relations and child psychology. In 1929 he was invited to lecture as an adjunct professor at Columbia University, and he immediately made plans to move permanently to the United States. Raissa, however, did not share his eagerness to leave Vienna. More politically active than ever and a strong supporter and close friend of Leon Trotsky, she had become influential in Austria’s Communist Party. Adler was intent on remaining politically neutral and opposed any movement that condoned violence or domination, however lofty its ends might appear. The differences in their fundamental aims unquestionably created tensions in the relationship, but Adler did not condone domination in marriage any more than in politics: “In our present society people are rarely well prepared for cooperation,” he wrote in What Life Could Mean to You. “Our training has focused too much on individual success. . . . Most people . . . are unaccustomed to considering another human being’s interests and aims, desires, hopes, and ambitions.”

By 1932 Adler had obtained a more secure faculty chair at the Long Island College of Medicine, though he continued to tour occasionally in Europe. When democracy fell to fascism in Austria, Adler pressed his family to join him in the United States. At this point none of them were ready to emigrate, but by September 1935, having spent one last summer in Vienna, Adler returned to America with Raissa and their son, Kurt.

Over the next two years, the prominent psychologist continued his lectures. Though he began to show signs of ill health, he left as scheduled for a European tour in April 1937. On May 28, while on a morning walk before a lecture in Aberdeen, Scotland, Adler suffered a heart attack and died in the ambulance on the way to the hospital.

“It is a revealing oversight in the history of modern psychiatry that Alfred Adler has yet to be accorded his just due,” wrote Stepansky almost half a century later. Indeed, his critics sometimes characterized Adler’s approach as “mundane” platitudes with religious overtones or as mere “utilitarian folk wisdom.” But much of this “folk wisdom” remains relevant in the 21st century.

No less resonant is Adler’s call for a safe and peaceful future, culled from a 1925 journal article titled “Salvaging Mankind by Psychology”: “If the world—our world—is to be saved, obviously the one thing necessary is to raise man to a level where he shall not, like a child playing with a loaded pistol, constantly risk destroying himself by the misuse of his own power.” While this state of affairs may not, as Adler hoped, arrive as a result of psychology, it must, nevertheless, arrive.