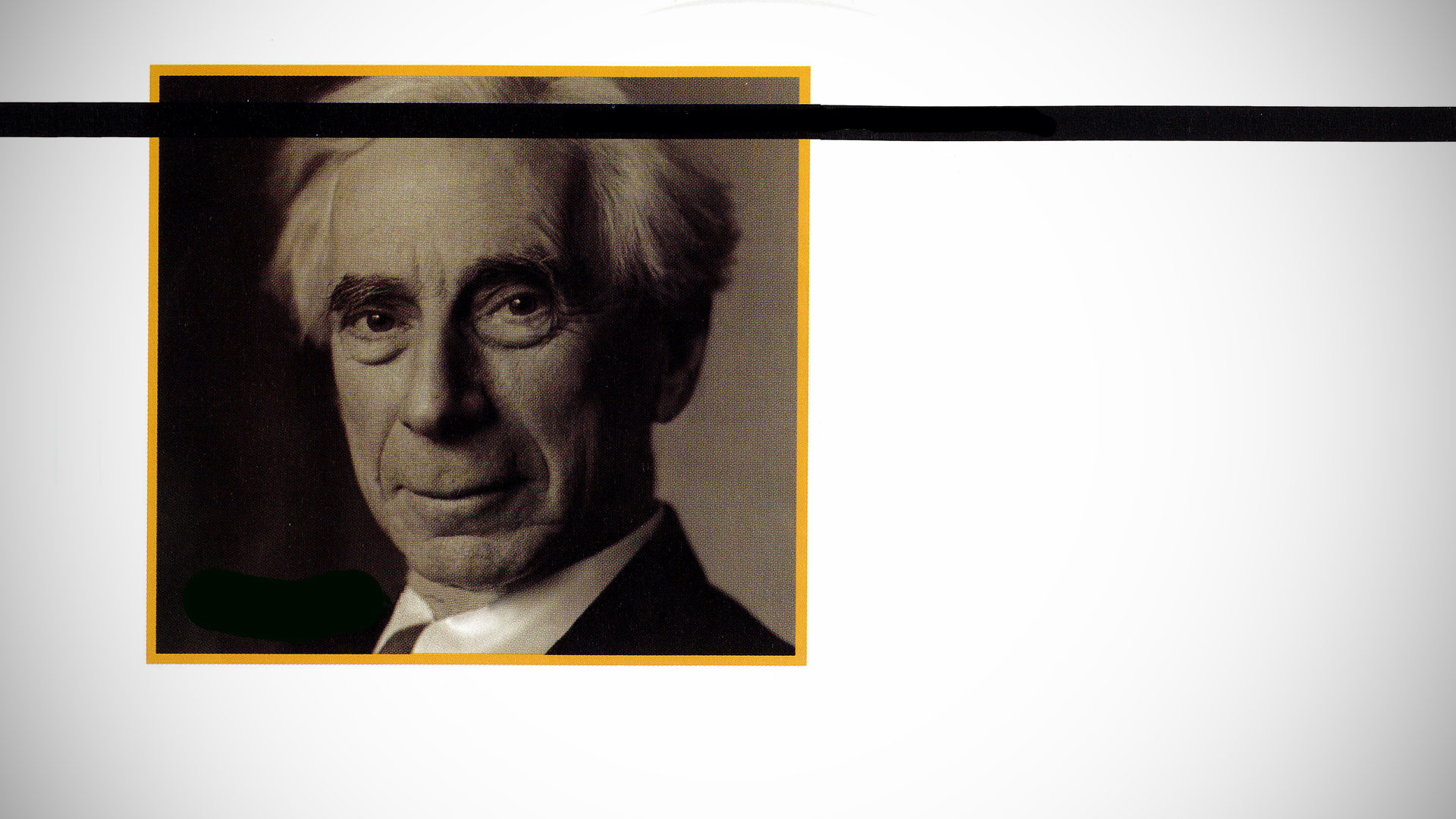 Counted among the towering intellectual and philosophical giants of the 20th century, Bertrand Russell was an eminent mathematician, essayist, social critic, educator and political activist, as well as one of the most widely read philosophers of his time. One of the fathers of analytic philosophy, he is considered so influential in his field that biographer A.C. Grayling says “he is practically its wallpaper.”

A prodigious talent, Russell wrote constantly. His views were published in more than 70 books and booklets and over 3,000 articles. His endeavors in the social sciences in particular earned him both the wide acclaim of a Nobel Prize and the reprimand of two prison sentences.

Born into an aristocratic Welsh family in 1872, at the zenith of Britain’s political and economic ascendancy, Russell was a social pundit and public figure for more than 60 years before his death in 1970. His paternal grandfather, the celebrated Lord John Russell, served twice as prime minister to Queen Victoria before being granted an earldom. His father, Viscount Amberley, was committed to socially progressive causes but died before Bertrand was four years old. His mother had died from diphtheria 20 months earlier, so he was brought up under the strict, puritanical rule of his upper-class Victorian grandmother. In virtual emotional isolation because of the scars of early bereavement, Russell found solace in a love of mathematics and science. These talents blossomed when he attended Trinity College, Cambridge.

Russell’s intellectual fame was firmly established when he coauthored one of the most influential and widely discussed books on the subject of mathematics, Principia Mathematica, which theorized that mathematics and logic are identical and that mathematical principles can be deduced by a handful of logical ideas. Principia Mathematica did not generate financial rewards but did earn Russell an Olympian scholarly stature, evidenced by his election as a fellow of the Royal Society at the remarkably young age of 35.

Growing bored with mathematics, Russell became more and more involved with philosophy and social activism. In 1912, following an unsuccessful run for parliament as a candidate for the Women’s Suffragette Society, he completed The Problems of Philosophy, the first of numerous works on philosophy. He later combined his idealist notions with his logical methodology in an attempt to bring philosophy closer to science. The result was his most popular work, The History of Western Philosophy (1945).

Russell felt that all organized religions were relics from humanity’s barbaric history. Despite his ultimate rejection of God, however, he admitted in The Elements of Ethics (1910) that obedience to rules like the Ten Commandments “will in almost all cases have better consequences than disobedience.” In his 1927 work, Why I Am Not a Christian, Russell confessed his agnostic and anti-Christian views.

It comes as no surprise, therefore, that in 1929, in Marriage and Morality, he argued for sexual liberation and the rejection of monogamy and morality. Indeed, his own life reflected his beliefs, as he engaged in numerous adulteries during the course of his four marriages, three of which ended in divorce. His assertion that unfaithfulness should not “be treated as something terrible” was profoundly shocking to a still largely conservative and traditional public.

As a result of Marriage and Morality, Russell was terminated from a teaching position in the United States. On the other hand, the views he expressed were very popular with the vanguard of 1920s and ’30s left-wing intellectuals, who championed him as an emancipating hero. And it was this same work that a decade later won him a Nobel Prize for literature.

A militant pacifist appalled by the carnage of World War I, Russell became a very vocal critic of the war, even to the point of a six-month imprisonment for his participation in antiwar protests.

He then traveled to Russia and China to search for societies that he felt would transcend the warlike Western European standard. The pursuit proved disillusioning, but as a result, Russell came to believe that only through education could the world be transformed. Accordingly he authored several books on the subject. He returned to England and attempted to revolutionize education by starting his own progressive school, Beacon Hill. But because the school could never seem to find and apply what he considered to be the right balance between discipline and freedom, he eventually deemed the experiment a failure.

Russell devoted the final two decades of his life primarily to combating nuclear proliferation. Feeling strongly that unilateral disarmament was the key to world peace, in 1954 he broadcast on the BBC his famous “Man’s Peril” speech—dire warnings about the Bikini Atoll hydrogen bomb tests. Later he joined Albert Einstein in calling for the curtailment of nuclear weapons in the Russell-Einstein Manifesto. Russell was also president of the Campaign for Nuclear Disarmament, and in 1957 he organized the first Pugwash Conference, which gathered together an extensive collection of leading scientists anxious about the nuclear issue. He advocated world government as the only cause worth fighting for and the only alternative to nuclear war.

Russell advocated world government as the only cause worth fighting for and the only alternative to nuclear war.

Russell’s controversial rebellion against what he saw as Victorian repression turned him into an apostle of personal liberation from any moral code. This approach, added to his ardent social activism, helps account for his great popularity in the liberal period of the 1960s. His social perspectives were an early expression of present attitudes. He played an important part in shaping a revolution in social mores with his arguments in support of sexual freedom, radical feminism, euthanasia and abolition of the death penalty.

One of Russell’s motives in life was to determine whether anything could be known with absolute certainty. At a dinner party at the age of 90, he is said to have been asked how he would respond if, after he died, he found himself facing the Almighty. According to the story, Russell cavalierly replied, “I would ask him why he hadn’t given me more evidence.”

With his mind closed to belief and faith, however, it is questionable whether any kind of evidence would have been enough to convince him of the existence of a Creator God. Russell, though raised to believe in God, became profoundly skeptical. Like many, he felt that such belief was irrational and based on fear. Having claimed that Socrates was more worthy of reverence than Jesus Christ, Russell found his only religious satisfaction in an evolving idealistic philosophy.