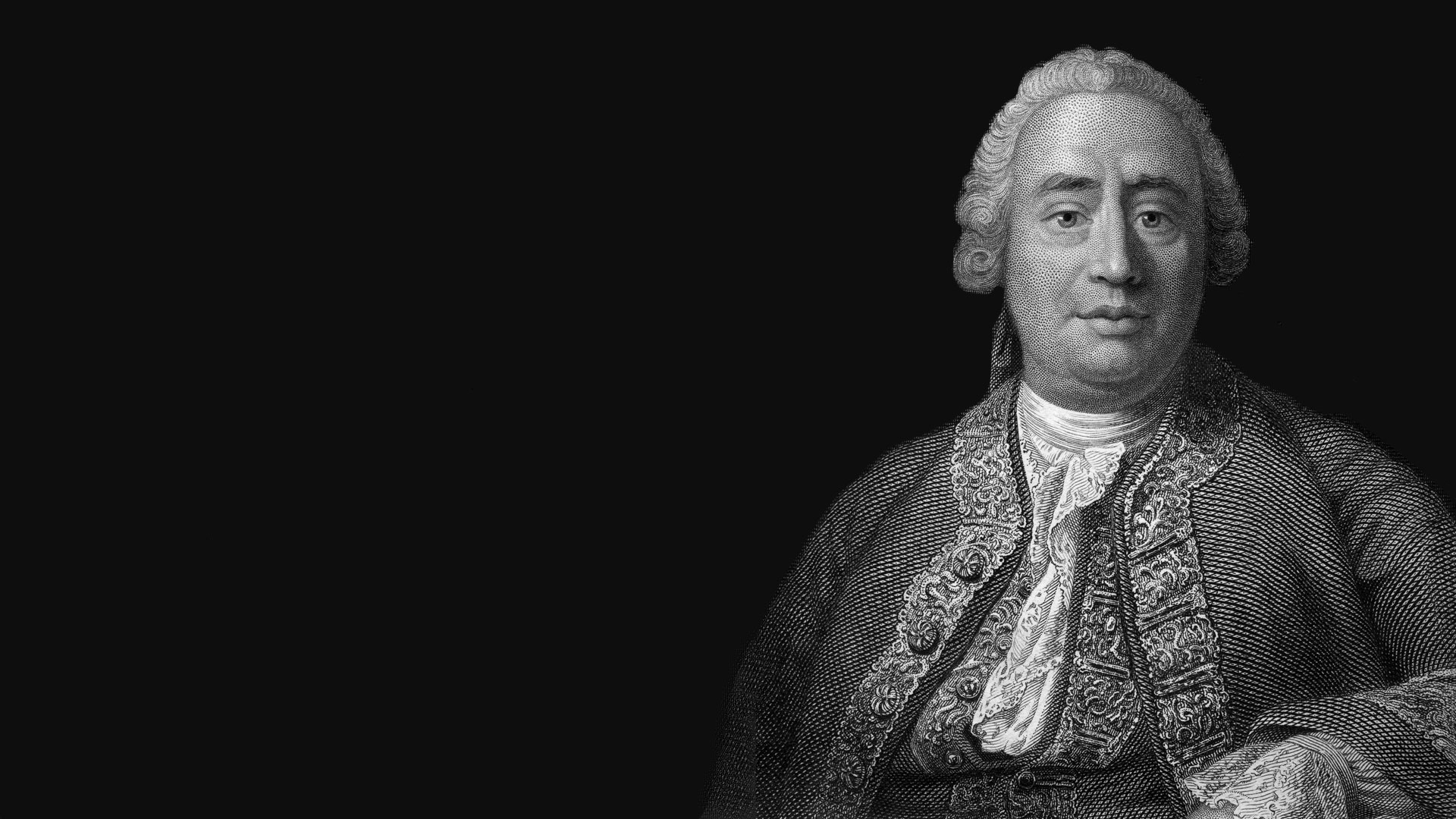 David Hume, Scottish philosopher and historian, may be aptly considered the leading neoskeptic of the early modern period. Yet in 18th-century Britain, he was a highly controversial figure, both attracting and repelling people across the entire intellectual, religious, and social scene.

Hume was born in 1711 on his family’s small estate near Edinburgh. He was raised and educated by his mother, his father having died when he was an infant. His uncle was pastor of a local Church of Scotland congregation, and Hume attended regularly. He took religion seriously, dutifully following moral guidelines from The Whole Duty of Man, a Calvinistic devotional.

Described as the most acute thinker of his generation, Hume demonstrated his brilliance from an early age. He was accepted to study at the University of Edinburgh at the age of 11. While at university, he started to seriously question religion. Though urged to take up a career in law, he continued his pursuit of the delights of literature and subsequently of philosophy. By the time he left four years later, he had a thorough grounding in classical authors; in mathematics and natural philosophy; in theory of knowledge, metaphysics and moral philosophy; and in history. By mid-1734 he claimed to have read “most of the celebrated books in Latin, French and English.”

His own philosophy synthesized many elements of empiricism (the theory that we can know things only from experience, not by revelation), especially as advanced by the English political theorist John Locke (1632-1704) and his own contemporary, the Irish cleric George Berkeley (1685-1753). He maintained that the sum of our knowledge is limited to what we can learn through the senses. Throughout his life, Hume naively hoped that his skepticism might not be a barrier for others.

He became preoccupied with the subject of whether God’s existence can be known. His study of Greek philosophy, together with Pierre Bayle’s Historical and Critical Dictionary, strengthened the anti-Bible stance he had developed. Hume’s beliefs were deist rather than theist: he grudgingly accepted the idea of a supreme creator, but not a personal being who intervenes in the universe.

In 1734 Hume went to France to continue private study and there wrote his three-volume Treatise of Human Nature. He was bitterly disappointed with its indifferent reception, though today it is generally regarded as his most important work.

In 1741 and 1742 he published his two-volume Essays Moral and Political. These were received favorably; he attributed this to a more popular writing style than that used in the Treatise.

Hume’s writings flourished, as did his reputation—good and bad. In one work, he accused his favorite target, the clergy, of conceit, ambition and revenge. His never-ending skirmish with religious authorities meant that he never gained tenure as lecturer at university, a domain in which the church still held sway.

His other publications included Essay Concerning Human Understanding, published in 1748. This work had two sections, “Of Miracles” and “Of a Particular Providence and of a Future State,” in which he attacked popular religious beliefs. For example, Hume maintained that the god of his universe would not permit miracles. A miracle, by Hume’s definition, was a breach of natural law. If someone were to present evidence of a miracle, he insisted, it would merely demonstrate that what had been circumvented was not a natural law after all. This argument is circular and therefore refutable, but many of Hume’s contemporaries found it compelling.

In 1751, Hume published Enquiry Concerning the Principles of Morals—a less direct attack on religion, promoting a morality based on human activity alone. He reasoned that God was neither necessary to nor interested in such matters as human morality.

Hume wrote and published his impressive six-volume History of England between 1754 and 1762, and it is for this that he was best known by his contemporaries. In this period he wrote many other works against religion, but at the urging of friends, he left most of these unpublished; he had already reaped controversy to last a lifetime.

In 1769, after several government appointments, he retired to Edinburgh, spending his final years revising and refining his works. In 1776, at age 65, he died from cancer.

Hume is widely considered the greatest English philosopher and one of the principal architects of the Enlightenment. As a naturalist, he sought to explain the mind of man from a rationalist perspective. He strenuously attacked superstition, religion and anything else he regarded as a “prepackaged” authority system. He attacked even basic assumptions such as the relationship between cause and effect. He bridged the negative French philosophy of skepticism, with its roots in the teachings of René Descartes (1596-1650), and the new English philosophy of logical positivism, providing an optimism for the scientific and technical revolution that followed.

Hume recoiled at the thought of the Bible being a source of moral authority and absolute truth.

Because religious skepticism was unfashionable during Hume’s lifetime, many of his works marred his reputation. In the intervening years, however, his writings have been immensely influential in arguing against the authority of God. Hume himself recoiled at the thought of the Bible being a source of moral authority and absolute truth.

Though Hume’s philosophy has fueled reformers who have endeavored to rid mankind of mental, physical and spiritual slavery, it has in fact stripped hope from many who have concluded that mankind is indeed limited and in desperate need of moral guidance.