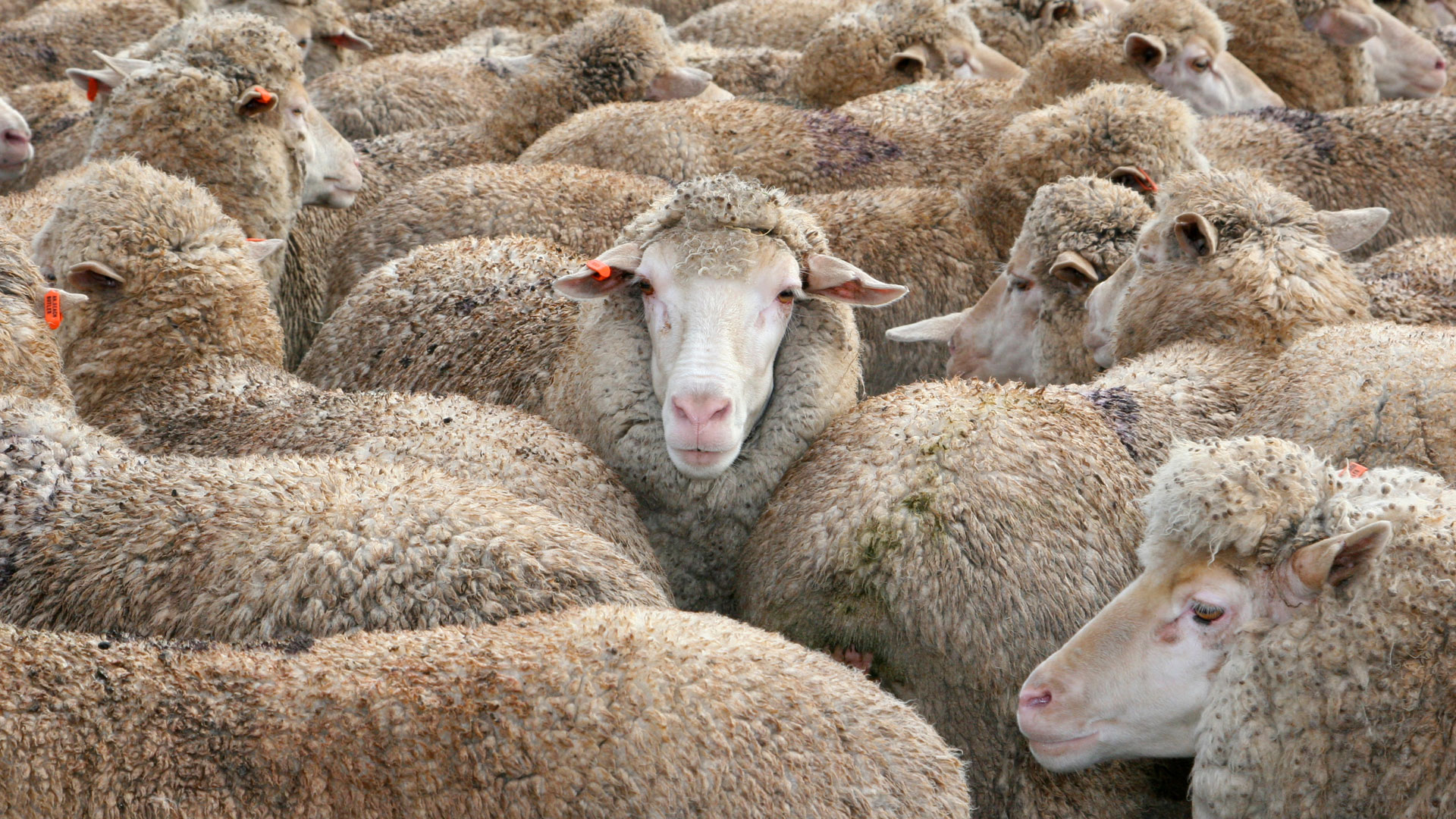 When she was introduced to the world, her creators hailed it a major scientific breakthrough. She was the first mammal to be successfully cloned from the cell of an adult mammal, and an exact copy of a six-year-old ewe. Those of us who read of her birth were amazed, stunned, excited, and even a little unsettled. She is, of course, Dolly the sheep.

Dolly was “born” July 5, 1996, and was introduced to the world in February 1997. She was cloned by a team of scientists at the Roslin Institute, a farm animal genetics institute near Edinburgh, Scotland. The ewe was named after American country music star Dolly Parton.

Why attempt to clone a sheep? According to Harry Griffin, assistant director at the institute, he and his fellow scientists hope that the cloning technology used to produce Dolly will help them find improvements in conventional animal breeding and produce animals that can be used to find cures for human diseases. For instance, sheep could be genetically altered to develop cystic fibrosis. Then, using cloning techniques, whole flocks of these altered sheep could be raised as laboratory animals.

Sheep could be genetically altered to develop cystic fibrosis. Then using cloning techniques, whole flocks of these altered sheep could be raised as laboratory animals.

Researcher Ian Wilmut and his colleagues at the Roslin Institute cloned Dolly through a process called nuclear transplantation. Specifically, the Roslin scientists transferred nuclei from various types of sheep cells into unfertilized sheep eggs from which the natural nuclei had been removed by microsurgery. Once the transfer was complete, the recipient eggs contained a complete set of genes, just as they would if sperm had fertilized them.

“The eggs were then cultured for a period before being implanted into sheep that carried them to term, one of which culminated in a successful birth,” Wilmut explains. The resulting lamb was, as expected, an exact genetic copy, or clone, of the sheep that provided the transferred nucleus, not the one that provided the egg.

It took hundreds of attempts before Wilmut and his team were able to obtain a successful sheep clone. First they tried to get embryos to grow through the nuclear transfer technique. Of the 277 successful transfers, only 29 became embryos. And of these 29 embryos, Dolly was the sole survivor.

“Dolly is an absolutely normal animal,” says Alan Colman of PPL Therapeutics, the company that sponsored the research. “She behaves like a sheep and looks like a sheep. She is not a genetic mutant.”

Griffin says the research team had previously cloned other mammals at various stages of development. What makes Dolly different, he says, is that she was cloned not from sex cells but from mature mammal cells with no reproductive function.

“Dolly was cloned from adult cells which came from a sheep’s mammary gland, and while those cells contained a full genetic code, most of the genes have been switched off,” Griffin explains. “After all, the mammary gland doesn’t need genes for producing gastric acid or nerve cells to be active in the mammary gland.”

Until Dolly’s creation, developmental biologists had thought that once a cell had developed into a particular type of cell, such as a mammary gland cell, skin cell or nerve cell, it remained that way forever—in effect, permanently switched off. “The creation of a whole animal from a mammary gland cell demonstrated that this just wasn’t true,” Griffin notes, “and it put to rest the theory that once genes in cells are shut off, they can't be switched back on again.”

One concern with cloning Dolly from the DNA of a six-year-old ewe was the possibility that the DNA might have been too old or that it might cause Dolly to age rapidly or grow up in poor health. Griffin says that concern has proven to be unfounded. “As we get older, there are several changes that occur in our DNA; we tend to pick up mistakes as our DNA is replicated, and the ends of the chromosomes have protective caps which get eroded away with time,” he says. “Dolly has clearly inherited six years’ worth of erosion of the chromosomes from that six-year-old ewe, but there's no evidence that she's aging prematurely.” Griffin says they expect Dolly to live out a normal and full life, which for a sheep is about 11 or 12 years.

Dolly has proven to be a healthy and fertile sheep. She had a whirlwind romance with a Welsh mountain ram, and nature took its course. After mating the old-fashioned way, Dolly gave birth to a lamb named Bonnie in April 1998. In March 1999, she gave birth again, this time to three healthy lambs—two males and one female.

Of Dolly’s offspring, only her firstborn has been fortunate enough to be named. “We declined to name the three born last year since we were running out of names and we were more concerned with limiting the number of celebrity sheep that we have in the Institute,” Griffin says.

In March 1998, Dolly was fleeced, and her wool was made into a sweater. The Cystic Fibrosis Trust in the United Kingdom sponsored a competition to design a sweater that would be made from the cloned animal’s wool. The finished sweater, which depicts lots of happy sheep on both the front and the back, was donated to London’s Science Museum.

Today Dolly lives with various farm animal companions, including other sheep, at the Roslin Institute. She is not the subject of any substantial experimental work, and at four years of age, she is semi-retired. “Dolly is more a media star than anything else,” Griffin says. “We still get frequent requests from the media for interviews regarding Dolly, especially when other researchers claim a particular type of breakthrough regarding cloning. And so reporters will come to us, asking our perspective, since we were the ones who got the whole ball rolling.”