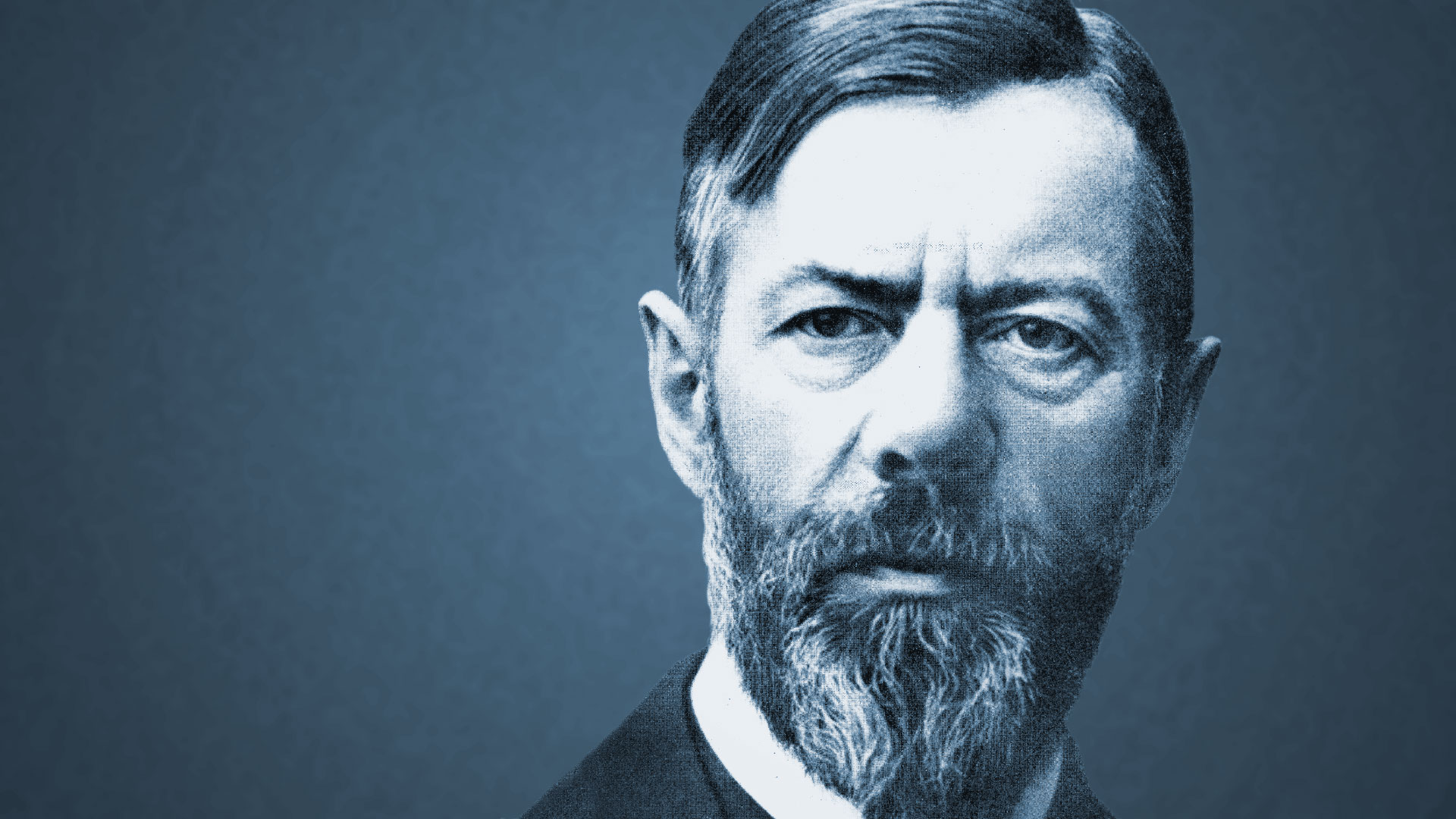 Of those who figured prominently in shaping 20th-century political and social concepts, Max Weber (1864–1920) is one of the least remembered. Yet the effect of his contributions cannot be underestimated.

Weber’s father was a political and social climber, a leading pro-Bismarckian politician and member of the Reichstag during Max’s childhood. The socially astute Max senior frequently invited leading politicians and scholars to his home, so his son would have become familiar with the circles in which such people moved. Weber’s mother was a Calvinist of a puritanical stripe. The relationship between his parents was deeply conflicted: an overbearing, authoritarian father and a mother who became enshrouded in grief after the deaths of two of her children. The effect of this environment contributed greatly to the inner turmoil Max Weber is said to have suffered throughout his life. It certainly resonates in the work for which he is best known: The Protestant Ethic and the Spirit of Capitalism (1904–5, translated into English in 1930).

Weber’s own puritanical tendencies—a compulsion for work and a fear of the intellectual and spiritual dangers of self-indulgence—became evident at university when he was in his early 20s.

His brilliance and his capacity for work spurred him to a broad study of various societies, both Western and Eastern, focusing on the rise of capitalism in Europe and America and the fact that this rise was not mirrored in Asia. His studies, and in particular his social science methodology, remain unsurpassed. Weber considered such exacting, detailed work to be essential in bringing a more systematic, scientific approach to the social sciences. His work has thus had a considerable and lasting impact on social scientists of the last century.

These qualities led to meteoric advances in his career. Having earned his doctorate, he became a professor of political economy at Freiburg University, where he developed a strong interest in the German economy and became politically active with the liberal, socialist Protestant Social Union. In his inaugural speech at Freiburg in 1895, he famously attacked the Junkers, the powerful, conservative aristocracy who ruled eastern Germany and Prussia at the time, and who also controlled the armed forces. He held them responsible for problems he had seen and experienced in eastern Germany’s farmlands. In his speech, he strongly encouraged the idea of “liberal imperialism” as the way to political maturity for the nation. This concept gained support from important liberals and became the pinnacle of his early career.

In 1897 he moved to Heidelberg to take a professorial post at the university there. The death of his father that year seemed to aggravate a nervous condition that had been developing slowly. For the next five years he tried to break the cycle of relapses and recoveries by traveling extensively. His visit to the United States and the 1904 St. Louis World’s Fair apparently fueled his recovery and gave him additional inspiration to compile his most famous theoretical work.

The Protestant Ethic and the Spirit of Capitalism was a controversial book that, as a complete theory of capitalism, has since been largely discredited. Yet it still inspires scholarly discussion. Of particular value is his documentation of how religion and values have contributed to the socio-economic changes in the Western world—changes we now take for granted.

Weber noted what he perceived as a strong relationship, reinforced statistically, between Protestant morality—particularly the work ethic—and successful Western capitalism, defined as the accumulation of wealth. He postulated that such teachings as Luther’s concept of Berufung (“calling,” from the related word Beruf, meaning “vocation or occupation”) and Calvin’s predestination gave capitalism its force.

Weber noted what he perceived as a strong relationship between Protestant morality—particularly the work ethic—and successful Western capitalism.

Although a religiously responsible approach to worldly activity was not new, Berufung added that the fulfillment of duty in worldly affairs was the highest form of moral activity in which the individual could engage. This was what gave everyday activity a religious significance.

Central to the ethic that Weber saw in operation was that an absence of enjoyment of one’s labors by people of a puritanical bent led to the most rapid possible accumulation of capital and was what gave capitalism its undergirding power. The economic structures to which it led greatly influenced the values and activities of all members of society, thus operating as an enormous, self-perpetuating and ever-expanding force.

Weber recognized that, even in his day, religious influence—both Catholic and Protestant—was on the wane. In his latter years he saw the Protestant morality he had described come under fierce attack from intellectual and political movements, particularly from thinkers such as Friedrich Nietzsche and Sigmund Freud. This resulted in the concept of “calling” being changed from religious duty to professional duty; that is, people would continue to work well beyond the point of profit required for a reasonable livelihood. But the greater argument against his theory, which Weber recognized but parried, was that forms of capitalism had existed long before Protestantism or even Jesus of Nazareth.

Weber continued to work on other important ethical, social and economic questions, being credited as one of the founders of the discipline of sociology in the process. He also resumed his academic work, first taking a post with the University of Vienna in 1918, then a year later moving on to the University of Munich, where he led the first German institute of sociology.

One of Weber’s lasting legacies to sociology was the distinction he made between traditional, legal and charismatic types of authority and organization. He was also the first to systematically formulate the characteristics of bureaucracy. In fact, his theories are the basis of much subsequent work on the subject.

Weber provided a voice of reason both during and after World War I. He argued against Germany’s war goal of territorial annexation and encouraged levelheaded “business as usual” in politics and scholarship after his country’s defeat. Before his death in 1920, he assisted in the drafting of a new constitution and the establishment of the German Democratic Party. Arguably these latter accomplishments have had a more enduring effect than all his earlier work.