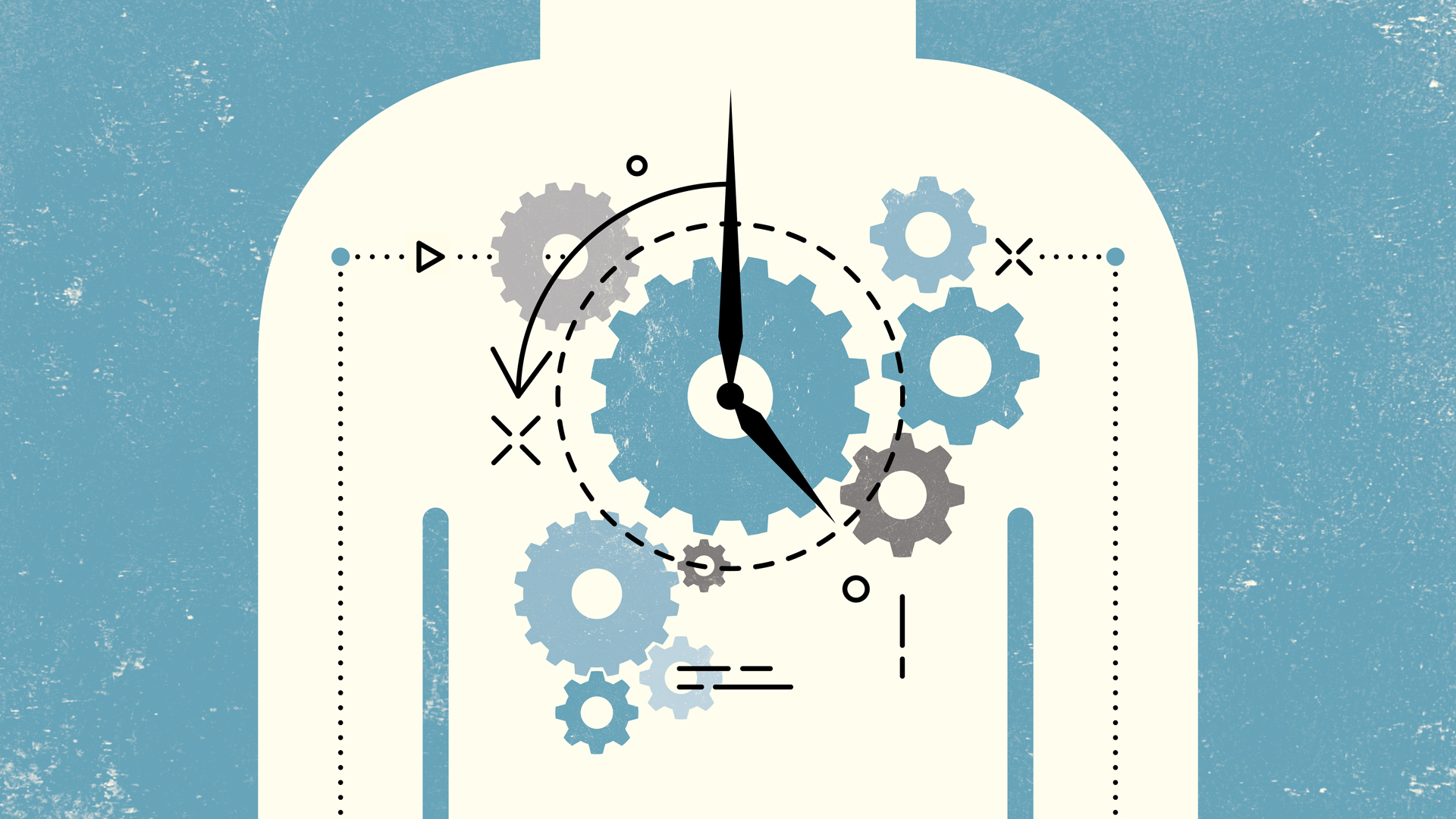 For many years it was believed that cells themselves were immortal in that they could divide and reproduce without end. Single-celled creatures (like the amoebas and paramecia we remember from biology class) can divide generation after generation for as long as nutrients are available; although an individual cell may die, new cells never stop being created.

In the early 1960s, however, Leonard Hayflick showed that cells of more complex creatures (like us) can divide only about 50 times. He said, in defiance of the dogma of the day, that cells contain a replicometer—a kind of on-board chronometer. For each cell, the counter would click down to what became known as the Hayflick Limit. But how did this actually operate? What turned the hands of the cellular clock? Other experiments showed that the answer was in the cell’s nucleus, home of our chromosomes.

Laid out along 46 strands of various sizes are about 3 billion pairs of the four nucleotide bases that make up our DNA—identified by the letters A, C, G and T. Each chromosome has lighter and darker bands related to the types of base pairs; an indentation or “waist,” called the centromere; and the ends, called telomeres. These were first described and named in the 1930s.

Discovery of the double helix structure of DNA in the 1950s uncovered the secret of how cells duplicate and pass on their genes to the next generation. At each cycle of cell division, the DNA sequence is copied so that the new daughter cell will have the same genetic information as the original. (All the cells of our body have the same genetic code; they differ from one another and accomplish their specific tasks as tissues and organs by using, or expressing, only specific genes.) This process builds our bodies after conception from one cell to two and so on, replication after replication, until we reach our adult size.

But even when we are full-grown, cell replacement continues—especially in our blood, skin and internal gut lining. For each replication, the double helix of a chromosome is unwound and the two sides of the ladder split apart. Many different enzymes are involved in the molecular dance that actually accomplishes the copying process. One enzyme in particular, polymerase, is responsible for rebuilding the missing side of each ladder. To do this it must latch on to the now single strand of nucleotide letters and then ride along it to restore the helix by matching each A with a T and each C with a G.

In 1966, postdoctoral student Alexey Olovnikov was “thunder-struck by the novelty and beauty of the Hayflick Limit.” He recalls that he was waiting for the subway following a related lecture at Moscow University when he had a jolt of insight. Imagining the train tunnel as the DNA molecule and the train as the enzyme moving through it to replicate DNA, he later wrote: “I thought that this polymerase cannot begin to copy from the very beginning [the end of the chromosome] because there is a dead zone between the front end of the polymerase molecule and its catalytic center. This is analogous to the dead zone between the front end of a subway car standing at the beginning of the subway platform and the nearest entrance door to the first car.”

In 1971 Olovnikov developed his “serendipitous underground brainstorm” to explain why the telomere is not completely copied during cell division. The end region, where the enzyme can’t fill in the missing bases, remains single-stranded and is cut off; the chromosome becomes a little shorter at each cell division. Fortunately the telomere bases do not carry important genetic code information. But as they are cut off, they do carry a record of how many replicative cycles have occurred.

We now understand that once the telomere shortens toward the Hayflick Limit, patterns of gene expression change and cell functions begin to degrade. Like a bad apple in a basket, these cells don’t keep their fate to themselves; they start sending chemical signals that create inflammation and the breakdown of tissues—the process we call aging.