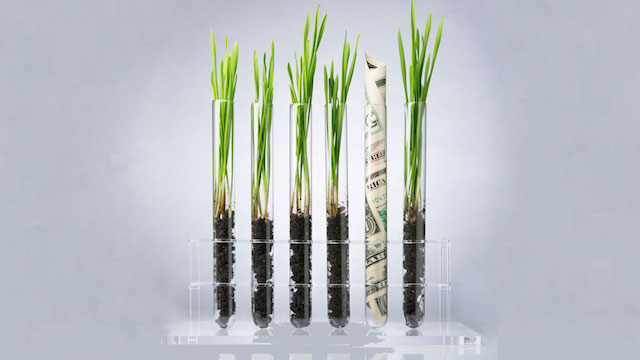 When a company gets a patent on a biological product, it has monopoly rights and can charge any price it wants for that product. A case in point is the BRCA1 and 2 screening test for breast cancer, which, in the United States, costs about $3,000. It’s been excluded from some American medical insurance plans as a result, and at least one province in Canada has also said it will not pay for the test.

As more gene-based drugs and diagnostic tools are developed in the years ahead, Yale University’s Daniel Kevles predicts that “the breast cancer test is the harbinger of things to come. Suppose that somebody genetically engineers a cure for AIDS or a new treatment for Alzheimer’s. The company that patents the drug will be able to set as high a price as they want, and the market will have no say in it.” People who do not have the money or whose insurance won’t pay such a high price will not have access to these genetic tests and treatments. This, he says, could exacerbate existing inequalities between rich and poor.

Patenting may also deepen inequalities between wealthy and developing nations. Most of the DNA-based drugs and diagnostic tests on the market today are beyond the financial reach of people in the Third World. Furthermore, according to Duke University’s Robert Cook-Deegan, biotech companies are often not interested in making drugs and vaccines for diseases that still plague the developing world, such as malaria and tuberculosis, because there isn’t as much money to be made in these countries. At the same time, “these companies may have patents on DNA sequences for these diseases. Even if they don’t want to do any work themselves in this area, they can block others from developing DNA-based drugs,” he says. The result is that people in these poor nations do not get the medicines they need.

Another sore point for people in developing nations relates to the pricing of genetically modified farm animals and agricultural crops. “It’s very important for poor farmers to be able to hold back seed from their crop and use it the following year,” explains Sue Mayer of GeneWatch UK. “This practice of seed-saving allows farmers to plant another year’s crop without having to spend more money on seed.” In many cases they’re growing genetically modified crops, she says, and “when a company holds a patent on an altered variety, it legally has the right to forbid farmers to save seeds, or they charge a royalty if they do.” Similarly, the farmers who raise genetically engineered livestock are required to pay royalties on the offspring of that livestock. This can cost farmers in the Third World a lot of money—money they don’t have.

Furthermore, Mayer points out, “Western corporations have come into many Third World nations and genetically modified indigenous plants, filed a patent on them, and now charge locals an exorbitant price for these crops.”