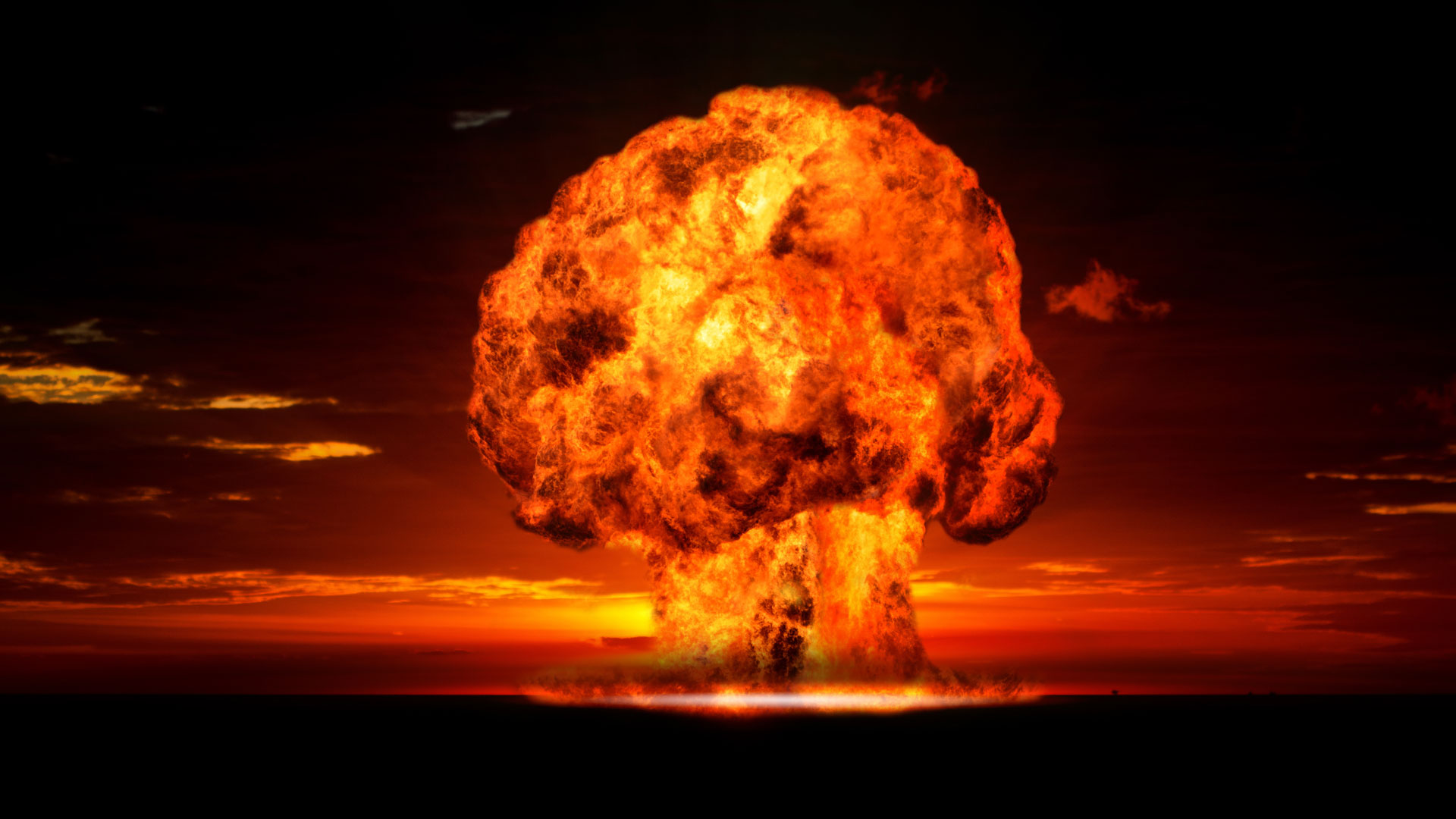 In the benign 1960 movie Visit to a Small Planet, Jerry Lewis brought a comedic touch to the concept of an extraterrestrial close encounter. Lewis’s intergalactic time traveler, Kreton (a play on cretin), created trouble through his clumsy naiveté. Upending one social setting after another, Kreton precipitates most of the chaos. Finally reporting to his alien schoolmaster that he has had enough of humankind, Lewis notes in his well-worn mock-baby tone, “This is a crazy, mixed up planet.”

He has learned a most important lesson, however: “Keep your nose out of other people’s planets.”

But where would Hollywood be if our cosmic neighbors did mind their own business? Whether the “getting to know you” theme of Close Encounters of the Third Kind at one end of the contact spectrum, or the “we want your planet” of War of the Worlds or Independence Day at the other, alien encounters hold a fascination for us—and encourage high box office hopes for the moviemakers.

Visit could be considered a kind of oddball follow-up to Robert Wise’s 1951 The Day the Earth Stood Still, which was made in the early years of the Cold War. Wise used his forum to create a warning message concerning the need for the superpowers to step away from the nuclear precipice. Interestingly, in Gore Vidal’s original stage version of Visit, Kreton tries to trigger a nuclear exchange.

The alien Klaatu was the mouthpiece for Wise’s antimilitarism. “I had been an antimilitarist all my life,” he later said. “This was one way of expressing it.” An imposed solution—a message demanding peace, delivered to the governments of the world by an interstellar representative—seemed to Wise to be a reasonable plan, a hoped-for solution to the threat of mutually-assured destruction that existed between the American and Soviet atomic superpowers.

Michael Rennie, a tall, angular import unknown to American audiences, was perfectly cast for the original Klaatu. Rennie brought a natural alienness to the character, whose call for “the complete elimination of aggression” had great appeal in the real world, even if it was announced by a creature from an imaginary one.

“The universe grows smaller every day,” Klaatu has iconically told us for almost 60 years. “The threat of aggression by any group anywhere can no longer be tolerated. There must be security for all, or no one is secure.”

“Your choice is simple,” Klaatu continued in the original film’s key moment; “join us and live in peace, or pursue your present course and face obliteration.” GORT, the indestructible robot with a cyclopean heat ray—ironically aimed to destroy anything violent—would enforce the peace.

“We shall be waiting for your answer,” Klaatu informed the world before reboarding his spaceship. “The decision rests with you.”

Rather than coming with an ultimatum of peace, the “contemporary reinvention” of The Day the Earth Stood Still begins by proposing that the human species must be dissolved from the planet. And indeed, as the story plays out, dissolution is apparently the method to be employed. Klaatu is not on a meet-and-greet visit; and he is certainly not here to mind his own business.

Unlike his 1951 counterpart, the new Klaatu is the one with the decision to make: to exterminate or not to exterminate? As he divulges to Helen (an astrobiologist played by Jennifer Connelly), “if the earth dies, you die. If you die, the earth survives.” This Klaatu is not Rennie’s cosmic peacekeeper. Rather, he is the pest control man and we are the pests. Like an old Gary Larson Far Side cartoon blown up big with Hollywood dollars, we are the gravid insect with a sign that says, “Many babies on board” hoping to persuade the housewife not to spray the insecticide.

Played by an appropriately uncomfortable-looking Keanu Reeves, the new Klaatu brings a novel image to alienness. Not a cyborg covered in flesh (The Terminator) or an awkward shape-shifter (Galaxy Quest, among others), Reeves’s character is more spirit than thing, more god than man. Klaatu is light embodied in a humanoid suit. In an echo of God’s answer to Moses, “If you saw me as I am,” Klaatu’s true form “would only frighten you.” Living in a fleshly body must indeed be a bit cramping for a being of light.

This and several other clever effects work in accord with director Scott Derrickson’s hope to meet the “iconic expectations” raised by the original but with a “retro feel and current popcorn for a modern audience,” as Derrickson noted at a press conference. “This was a fantastic opportunity to retell it in a way that addresses the issues and conflicts that are affecting us now.”

Reeves added, “In reimagining this picture, we had an opportunity to capture a real kind of angst that people are living with today, a very present concern that the way we are living may have disastrous consequences for the planet.” In a press release Reeves remarked, “It’s holding a mirror up to our relationship with nature and asking us to look at our impact on the planet, for the survival of our species and others.”

To Err Is Human

With its environmental storyline, The Day the Earth Stood Still falls into the doldrums of other recent films with a similar focus. Like The Day After Tomorrow (2004), a serious lack of humor in the writing and a darkness to the cinematography set the viewer at an emotional distance from the characters and thus from the story as well. This is unfortunate. While the movie may be well executed, even very good CGI cannot cover for what must be, at its core, a story of human relationships. Many other films have made the end of the world more entertaining, and therefore more engaging.

In this regard casting John Cleese in the dry role of an intellectual studying altruism is the film’s largest missed opportunity. Rather than focusing on the evolution of the vapid and dysfunctional relationship between Helen and her stepson, the film could have allowed Cleese to carry the day. The producers failed to bring to the screen some of his most engaging qualities, though they were apparent in even their own press materials. “I’m actually not terribly interested in whether or not there is extraterrestrial life,” Cleese said. “I’m much more interested [in] why we’re here on the planet. Is there any point to it all? Is there a rule book somewhere? And where can you get a decent caviar at a reasonable price?”

Instead, where dueling physics formulae fell flat, a little more Basil Fawlty would not only have been more fun, it would have given the viewer something to connect with. Cleese is the kind of veteran player who generates attention from an audience, but he is not a plastic everyman onto whom a director can place just any character.

As the film tries so hard to say, human beings have great potential. So why was the point so poorly made here?

This failure does not mean that we should ignore the challenges presented in this film or others that portray sudden environmental unraveling with catastrophic human consequences. Many scientists are agreeing that these possibilities are not just science fiction anymore.

Conservation biologist Paul Ehrlich and his wife Anne note in their new book, The Dominant Animal: Human Evolution and the Environment, that “the forces moving civilization toward environmental (and thus economic) disaster seem so very strong. But societies can change extremely rapidly when the time is ripe.” The media can play a role in leveraging this change, Ehrlich told Vision. “I think they are one important ‘wedge,’” he said.  The conclusion of the new The Day the Earth Stood Still, Derrickson noted, is “open-ended” without a here’s-what-you-are-supposed-to-think wrap-up of the issues raised in the film. I wanted “to deliver a picture, a visual,” he said, “not an answer, not didactic, not too directly. Audiences don’t accept being told.”

To this end Klaatu does not present his message to a mass audience in the remake. In the original, director Wise stated his antimilitary sentiments through Klaatu’s public speech. Reeves’s Klaatu explains the problem only to Helen. This public-private juxtaposition, Derrickson explained, could be thought of as keeping to the “Christ-figure motif of moviemaking” that viewers superimposed on the original. After all, Derrickson noted, in the Bible, “the message gets out the same way—to just 12 guys.”