When you look through the catalog of human history, it feels both bleak and distant. People back then must have thought differently than we do: the past is a violent place, not just nationally but individually.

Even such relatively recent atrocities as the Holocaust seem a world apart. How could anyone behave that way? How could such things have happened? Perpetrating those willful acts of hate and violence seems so far removed from us that participating is incomprehensible. We’ve evolved beyond that, haven’t we?

David Livingstone Smith is concerned. A professor of philosophy at the University of New England, he has spent much of his time researching how humans behave—specifically, why we are often (still) prone to violence. His new book, On Inhumanity: Dehumanization and How to Resist It, explores how and why people convince themselves to view other humans as less than, well, human. This is not his first foray into the subject. His previous book was Less Than Human: Why We Demean, Enslave, and Exterminate Others (2011).

So why write another book on seemingly the same topic? “My views about how dehumanization works have evolved and become more sophisticated,” Smith explains. The current book carries a tone of urgency pointing to his sense that more needs to be said about the topic, and sooner than later. He mentions the rise in authoritarian governments across the globe, as well as the rise of white nationalist groups in the United States and Europe. Many chapters pull from very recent speeches and news items. Smith’s overall concern is that the world may be priming itself for more violence. A natural catastrophe, a sudden uptick in racial tensions, or a refugee crisis born out of climate change could have dramatic repercussions. We’re already in the middle of a global pandemic. Its effects, both economically and geopolitically, are only just beginning to manifest themselves.

When these sorts of situations converge, says Smith, “we are looking at a perfect storm for dehumanization and mass atrocity.” That’s because willful violence often originates in one group of people devaluing another, whether on the basis of race, religion, ethnicity, economic status or anything else. On Inhumanity considers that reality and its underlying causes, and explores how we can resist the dehumanizing of others.

“I’ve written On Inhumanity for a very broad audience, because the topic of dehumanization is too important to be hidden away in the pages of academic journals and esoteric books that hardly anyone reads—especially now.”

What is dehumanization? And why is it so important to actively resist it?

Anyone who spends time delving into genocides and looking to understand the psychology behind them, as Smith has, will soon see a pattern emerge among the perpetrators: before committing such crimes, they have typically stopped viewing the other side as human. They recognize them as human on the outside, certainly, but they come to see them as something vile, inhuman, “subhuman on the inside.” From there it’s a small step to allowing themselves to kill on a large scale. Dehumanization is that mental process of coming to see another person’s life as less valuable than your own.

Perpetrating egregious, violent acts—from rape to torture to mutilation to murder—seems far away, something we ourselves would never do. But Smith’s book is a cautionary tale and invites us to examine ourselves closely. We are actually just as capable as anyone else of allowing our brains to slip into dehumanizing thoughts. Only through vigilance and understanding the mechanics of dehumanization can we hope to ward it off.

The book goes through a series of chapters probing, albeit briefly, different aspects of the problem. Sometimes it examines atrocious outcomes, sometimes it focuses on the psychology that enables us to dehumanize or on the political rhetoric that slowly warps our minds into viewing people as “other.” Smith does a good job of showing how easy it is and how our psychology can allow for such behavior.

Initially puzzling, though, is that in an arc of chapters in the middle of the book, he brings up the idea of a hierarchy of nature—the idea that some life-forms have greater intrinsic value than others: humans are higher than animals, and in turn animals are higher than plants. He notes that this hierarchical framework is convenient because killing is a necessary condition for human survival: “even vegans take the lives of vegetables.” He acknowledges that this idea is so ingrained in human thinking that it would be a very rare person who didn’t live by it. Still, his suggestion is that to resist dehumanization, it’s important to resist the idea that humans are higher than plants and animals.

This is difficult. Is completely rethinking the concept of hierarchy—that a human life has more value than, say, a carrot—really the only way to resist dehumanization?

At this point Smith moves on to examine other aspects of how our minds work. But he seems to raise more questions than he answers regarding “how to resist” dehumanizing others. Throughout the book, in fact, it becomes alarmingly obvious that there are no clear answers and that any suggestions to that end are not simple to follow.

At the end of the book, however, it all ties together. His final chapter, “Resisting,” begins: “When I first set out to write this book I was a little worried about the subtitle. I was worried that readers might expect me to deliver some sort of tidy formula for getting rid of dehumanization.”

He goes on to explain that resisting has to start with understanding how dehumanization works. Once we understand that, his point about a hierarchy of nature makes more sense.

For example, he writes that “the ordinary concept of race is hierarchical because it’s a product of conflict and domination. Racializing a group of people has the function of setting them apart, and placing them in a subordinate position (with the racializers setting themselves apart in a superior position). Racialized others are considered to be defective human beings whose true destiny is to be enslaved, exploited, or exterminated by the master race.”

“Dehumanization isn’t always in the service of slaughter. It’s also the handmaid of oppression. We find its bloodstained fingerprints all over chattel slavery.”

We begin to see that it’s our way of thinking that allows our brains to neatly assign values to other life-forms. When people think of themselves as sitting at the pinnacle of a natural hierarchy, they can be manipulated into believing that certain other humans are beneath them. It’s natural to place those inferior others in a subhuman category—to dehumanize them. 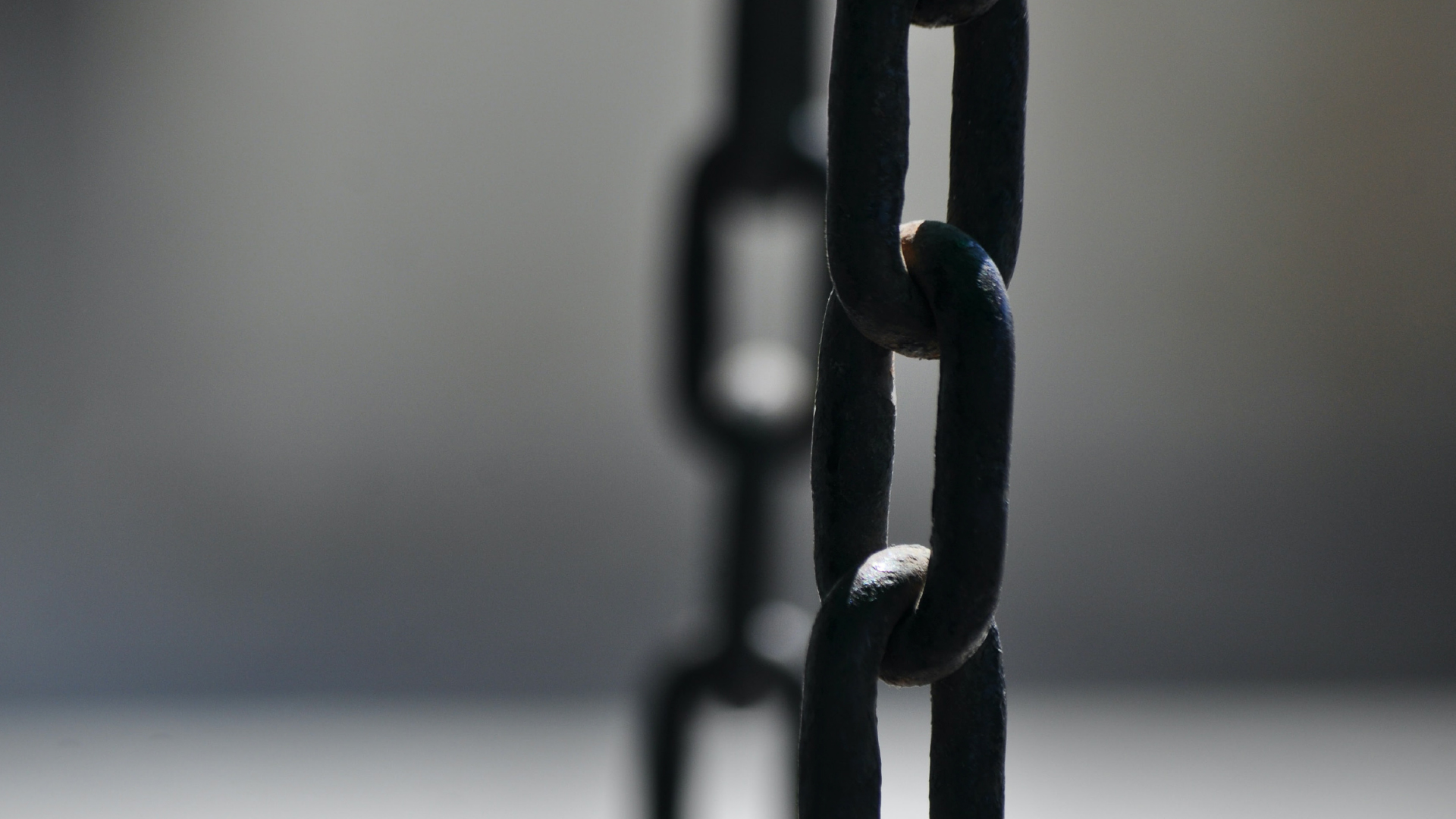 After we comprehend the problem, how hard can it be to not dehumanize people? We live in civilized societies. We believe that killing, raping, enslaving and otherwise doing violence to others is wrong; it’s against our morals. So how could we still be prone to these kinds of actions, or even condone them?

Smith comments on various theories that try to explain why dehumanization occurs; for example, that differences in appearance and language can lead people to think of others as a different species, or that some see others as less than human just to excuse their own cruel behavior. He explains that those ideas don’t get to the root cause of the problem, however.

As suggested in his remarks about racializing others, Smith contends that dehumanization performs a basic function. It serves a purpose for those who do it. He argues that it actually begins with a desire, a motivation to harm others, and that this can amplify preexisting antagonisms that lie beneath the surface. But why would anyone desire to do violence to another?

Often enough, one group stands to benefit from removing another group’s possessions or humanity. This can be the case on an individual or a national level. White slaveholders, Smith writes, “were motivated by their lust for profit and power to regard enslaved human beings as less than human.”

A desire to suppress other people, or a desire for their possessions, fuels antagonism. Once an excuse for dehumanization is introduced, it decouples any moral qualms against extreme violence. In fact, Smith goes on to show how aggressors can convince themselves that there are moral reasons for ridding themselves of the “subhumans” they’re persecuting.

In other words, dehumanization isn’t the beginning of the violence. It starts before that; it starts with a desire for what is someone else’s, or even to protect what we see as ours.

It’s easy to see these desires play out. Humans want for themselves what they perceive others to have—their wealth or resources, their land. Or by extension, they’re worried about maintaining the status quo—that others might compete with them for their wealth, their land, their jobs. It’s these base instincts for hoarding, for having or getting more, that lie beneath the surface and sometimes bubble up to conscious thought.

Once these desires fully form, there is reason to want to take from others, or to keep others away from what you have. A desire to act on that can easily follow. Dehumanization is a tool that allows people to justify those actions. Once they allow themselves to be convinced that someone else is less than human, they can justify any act necessary against them.

“English colonists . . . had an investment in seeing all Black Africans as creatures of a similar sort—beings that they could enslave, abuse, and work to death on the plantations of the New World.”

This is key to understanding how dehumanization can take hold. It is the underlying desire that enables it to be turned on so easily.

Are we so different from people in the history books who committed such violence? Likely not. We are driven by the same desires; we can leap through the same psychological loopholes that free us to do some extraordinarily terrible things.

Dehumanization. Should we resist it? Yes. Is it easy? No.

Smith shows that there is no simple, tidy formula. Our brains are susceptible to distortion and propaganda, and we can convince ourselves of just about anything if we have the underlying motivation to do so. And that is key. Understanding how our mind works, how it can be twisted to demean and dehumanize, is incredibly valuable, but understanding why we would even do so in the first place is crucial. Our desires, especially when we perceive that others have what we want—or want what we have—can be the ultimate catalyst. When we allow those desires to control us, the slope toward dehumanization becomes much more slippery.

David Livingstone Smith thinks that now is an appropriate time to honestly assess our motivations, to understand how our brains work, and to take stock of the fact that we need to do this. If we don’t resist this very human tendency, we’ll be no different than those who came before us.

Resistance, he concludes, can take many forms. But he stresses that “much—most—of our resistance is in everyday life. It’s expressed in what we say and do at home with our children and spouses, at work with our colleagues, and at play with our friends. In all of these contexts, we can cumulatively affect the course of history, and work against the downward drag of the dehumanizing impulse.”

If not now, when? It’s a timely challenge to each one of us.