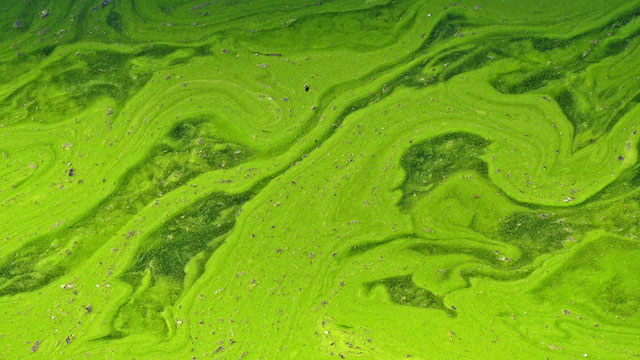 In the early 20th century, the commercial availability of synthetic nitrogen fertilizers promised to revolutionize worldwide agriculture and food production. And it lived up to its promise, enabling increased crop yields and making possible the enormous population growth on our planet since then. Yet, one century after the introduction of artificial nitrogen fertilizers, we are beginning to understand some negative effects of the discovery that was previously so lauded by science. And environmentalists are sounding the alarm.

One problem they cite stems from the fact that this artificial nitrogen leaches into wells and groundwater or runs off into streams, lakes and oceans. This affects the environment as well as human health.

Nitrogen is essential to life, yet too much may be harmful. Nitrogen (with oxygen) naturally transforms into nitrates, and ingested nitrates are transformed into nitrites in the body’s digestive system. These nitrites oxidize iron in the hemoglobin, forming methemoglobin, which can interfere with the blood’s ability to transport oxygen to individual cells. Most children and adults are able to convert methemoglobin back to oxyhemoglobin without noticeable trouble, but for infants and pregnant women, ingesting too much nitrate may have serious consequences.

Although opinions differ, the United States Environmental Protection Agency warns of the danger of nitrites causing methemoglobinemia (Blue Baby Syndrome) in infants and reports that excess nitrates in drinking water “has been linked to cancer and birth defects.” Other possible links, according to a report published in Environmental Health Perspectives (February 2007), include insulin-dependent diabetes, central nervous system malformations, neural tube defects and hyperthyroidism.

Just as excess nitrogen in the body may be harmful, excess soluble nitrogen creates massive problems in the ecosystem. Nitrogen encourages plant growth in water. According to the United States National Oceanic and Atmospheric Administration (NOAA), inorganic nitrogen runoff from agricultural fertilizer is mostly responsible for the eutrophication (increase in chemical nutrients) of an increasing number of lakes and oceans, which leads to harmful algal blooms (HABs), including red tides in the ocean and blue-green algae (cyanobacteria) in freshwater lakes.

These HABs can be toxic, resulting in sickness or death for humans and animals alike. Swimming or wading in toxic HAB-contaminated water and consuming fish or shellfish that has been exposed to toxic HABs can have serious consequences. But HABs can also cause hypoxia, or oxygen deficiency, when they eventually decompose in the water. This lack of oxygen can kill aquatic plants and animals, leaving a dead zone.

Expanding hypoxia in the northern Gulf of Mexico is a major concern for science and environmental experts. Since the 1950s, the use of synthetic nitrogen fertilizers in the central United States has increased substantially. At the same time, the annual influx of nitrate nitrogen from the Mississippi River Basin, the largest basin in North America, has almost tripled. This increase in inorganic nitrogen coincides with a reliance on artificial subsurface (tile) drains instead of natural percolation. Such artificial drainage does not allow excess nitrogen to filter through the soil but channels it directly to streams, lakes and rivers, then on to the ocean.

The NOAA states in its report on The Causes of Hypoxia in the Northern Gulf of Mexico that 63 percent of the nitrogen in the Mississippi River Basin is dissolved inorganic nitrogen. Sources of the other 37 percent of excess nitrogen include excess manure, atmospheric nitrogen and municipal and industrial waste. The report affirms, “The overwhelming scientific evidence indicates that excess nitrogen from the Mississippi River drainage basin coupled with hydrologic and climatic factors drives the onset and duration of hypoxia in the northern Gulf of Mexico.”

This problem is not limited to North America. China’s Yellow Sea needed substantial HAB cleanup before it could host the 2008 Olympic sailing events. The Baltic Sea and its surrounding countries are suffering from the effects of excess nitrogen. Eutrophication, decreased biodiversity, low cod counts and high toxic blue-green algae spurred international efforts to reduce nitrogen loads, and nutrient management strategies aimed at reducing levels of nitrogen and phosphorus continue. But according to a 2009 report by the Helsinki Commission (Baltic Marine Environment Protection Commission), “further reductions are evidently required in order to reduce eutrophication effects.”

The increasing amount of excess inorganic nitrogen is harming more than just our waters. It is also affecting our soil, the air we breathe, the food we eat and our health.

Conventional agricultural practices and modern methods of large-scale farming have fed billions yet have also depleted the soil of naturally-occurring essential nitrogen. Adding excessive amounts of synthetic nitrogen fertilizer has increased crop yields in the short term, but the long-term effects of overfertilization are proving to be detrimental to the earth, its water systems and its inhabitants. Organic farming, including using crop rotation and long fallow methods to reestablish vital nitrogen, results in healthier soil, healthier water, healthier foods and healthier consumers. Measured amounts of synthetic nitrogen fertilizers in a balanced, well-managed program may be helpful in some areas of the world, and changing to organic practices may not be viable for all cropland due to current economic realities. But when we consider the inestimable costs of synthetic nitrogen-polluted waters and dead zones in our oceans, depletion of essential soil nutrients, and our declining health and the health of future generations, the need to balance modern agricultural methods with time-honored yet all-but-forgotten ways becomes paramount.