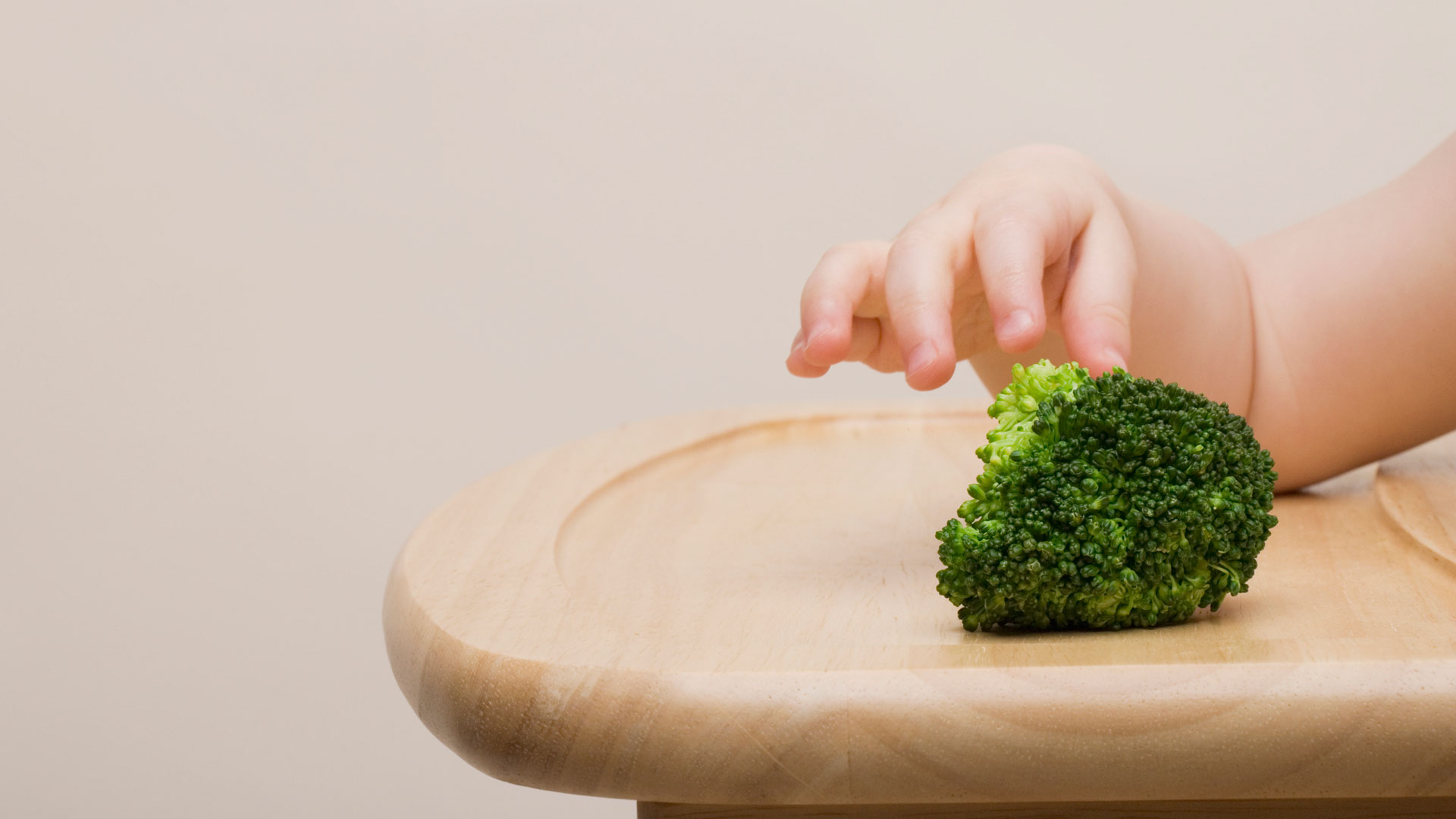 While current health news articles warn of the expanding problem of obesity in adults, our children are growing into the problem as well. Dr. Peter Carter, chief executive and general secretary of the Royal College of Nursing in the United Kingdom, said in a press release, “Obesity is this country’s single biggest health issue and is threatening the health and well-being of the two thirds of adults, and a third of children, who are overweight or obese.”

In the United States, the Centers for Disease Control (CDC) reports that the prevalence of overweight in children is increasing, and obese children have a 70 percent chance of becoming obese adults. On the other side of the globe, India is also facing problems with obesity as a new middle class emerges. R.V. Bhavani, project director of the B.V. Rao Center for Sustainable Food Security, told Vision, “Junk food has entered the market, and urban schoolchildren and the middle class are more open to these kinds of foods. On one side we have this huge population of hungry and malnourished [children], but the manifestations of the problem of obesity and related issues are also surfacing. These foods are finding their way even to rural areas at a faster pace, so unless there is more awareness of the right kinds of food to consume, we are going to have problems.”

Some countries are generating awareness about nutrition and health by implementing educational programs in the schools while changing what they feed the students. In an exclusive interview with Vision, Prue Leith, internationally known food expert and chair of the United Kingdom’s School Food Trust, explained that Finland’s successful solution to their obesity problem began with the children. “The government decided to tackle it through school dinners. Everything the children eat is nutritionally balanced, and there’s very little choice.” Each meal is part of their education. The students are involved with meal preparation and cleanup, so they learn to understand the process. They serve themselves so they can take as little or as much as they like, but they are expected to eat what they take so there is no waste. Food is prepared as it is needed, so it is always fresh and appealing when the children come through the lines. Leith encourages others to learn from Finland’s experience and apply these lessons in the battle against obesity in the United Kingdom. “The scale of the problem is really scary. We now have 35 percent of obese children, which is what Finland had before. Now they have 2 percent, so it can be done.”

Schools in the United States are also addressing the obesity problem by emphasizing whole grains, fruits and vegetables while cutting back on transfats, added sugar and sodium, according to a July 2008 survey by the School Nutrition Association. U.S. schools are offering a greater variety of fruits, vegetables, whole grain products and other more nutritious foods despite dealing with increasing costs. Other improvements involve building awareness of nutrition and wellness among students, teachers and staff while also trying to increase the appeal and utility of cafeteria spaces.

Such programs are laudable and should augment what parents teach and model for their children at home. It is never too early to begin. Leith advised, “We do know that the habits of eating are formed very, very young. And so, although it’s easier to change [the eating habits of] primary school children than secondary school children, it would be much easier if parents fed them the right things from four months old.”

Healthy eating habits begin even before a baby is born. What a mother eats during pregnancy has an effect on her unborn baby’s health as well as her own, so she must choose wisely.

Studies show that breastfeeding also has many positive effects on both mother and baby, including improved chances of the baby maintaining a healthy weight as an adult. What a mother eats while nursing affects the flavor of her milk, which in turn helps form her baby’s taste preferences.

As the baby grows, other habits can also shape taste preferences. For instance, some parents fall into the habit of offering fruit juice regularly. While juice may have some nutritional benefits, it is also high in calories and may encourage a fondness for sweet beverages (and excess calories) that will continue into adulthood. Artificially sweetened, no-calorie beverages have the same effect. Offering children water to quench their thirst is a better option for long-term health.

It is rare for young children to enjoy healthy vegetables the first few times they try them. But parents can affect their likes and dislikes by continuing to offer healthy foods until the child learns to like them. As Leith explains, “We now know that most foods are an acquired taste, so it’s no good giving a child a piece of broccoli and leaving it at that. . . . Children have to be persuaded to eat, and little ones are easy to persuade.” Since parents usually have a great deal of control over what young children eat, taking advantage of this opportunity and feeding them only healthy foods helps give children the best possible start.

For families with access to a garden or even just a few pots of tomato plants, learning about food and nutrition can be more holistic. Children who plant a seed, tend it, watch it grow and see the fruit develop usually look forward to tasting the fruit. Often the hardest part is waiting for the fruit to ripen. Even a visit to a farm or urban garden plot can spark interest. Leith advised, “As soon as children become interested in food they are more likely to care about what goes into their bodies.”

Some parents find that they begin to reevaluate their own eating habits as they see their children aping their habits. Children often want to help at this age, and it is the perfect time to encourage good habits by letting them help in the kitchen. Although it does take more time and effort to prepare meals with young children helping, the result will be capable, educated children who will not have to resort to unhealthy fast food or prepared frozen foods when they are on their own.

As children grow, activity is an important part of good health. Families who take walks, play ball, swim, ride bicycles or tricycles and just play together are forming important habits for the future. The converse of active playtime, using television and passive media as electronic babysitters, may be convenient but is ultimately counterproductive. Whether good or bad, patterns formed now become patterns followed later.

When children are able, learning to read nutrition facts on packaged foods helps them become aware of portion sizes and healthy options. Some families make a game of this, asking siblings or parents to guess the calories, fat grams or sugars in a package. The answers can be surprising, and the game does foster nutritional awareness.

Busy parents and children alike will eat what is readily available, so having a bowl of fruit on the table (instead of doughnuts and cookies) or washed and sliced vegetables in the refrigerator (instead of chips and cookies in the cupboard) helps encourage healthy choices for all.

Serving a variety of foods ensures that children will get a range of nutrients essential for optimal health. For example, myriad breakfast options abound involving fruit, grains, vegetables, dairy products, eggs and other proteins. Yet all too often, this important meal defaults to a boxed-cereal-and-milk routine. To counter this tendency, Leith encourages serving different foods for children each day, with no default choices. “Otherwise children will eat the same thing every day. If you eat the same thing every day, no diet is good for you.”

Busy families may be tempted to snack and eat on the run instead of sitting down to family meals together. Yet the overwhelming consensus of multiple studies is that family meals are enormously beneficial. And it is more than just physical benefits from the healthier foods that are usually consumed at sit-down family meals. Children and teens who eat with their families get better grades in school, are less likely to be in trouble with the law and are less likely to be involved with drugs, alcohol or premarital sex.

Children have cycles of weight gain followed by growth, so if a child is active and is eating proper portions of nutritious foods, parents need not worry about an occasional increase in weight. Body Mass Index (BMI) charts for children can be helpful, but some children have larger muscle mass and bone density than others, so these charts can be misleading. Nagging children about their weight may result in eating disorders and other problems, but helping children learn about proper portion sizes, nutrition and exercise will most likely result in healthy weight. If these measures do not help, there may be underlying medical concerns. It may be time to consult with a medical professional.

Parents bear the responsibility for their children’s health and nutrition and wield great influence from the very beginning. As children grow and mature, teaching them how to cook and to make healthy choices is important, but the example of the parents is vital. Not surprisingly, children tend to follow parental examples more than verbal advice. What they learn now and the examples they follow will help determine their future health and well-being. This takes effort, but children will not grow out of obesity without help from their parents, and the obesity problem among children today is the obesity problem among tomorrow’s adults.

Leith agrees. “Yes, it’s quite difficult to do, but it is really worth doing,” she says. “You do not want children to die at an earlier age than you’re going to die. You want them to have a happy life. And frankly, obese children do not have happy lives.”

Helping our children achieve long, happy, healthy lives certainly is a compelling reason to foster their health and nutrition awareness.