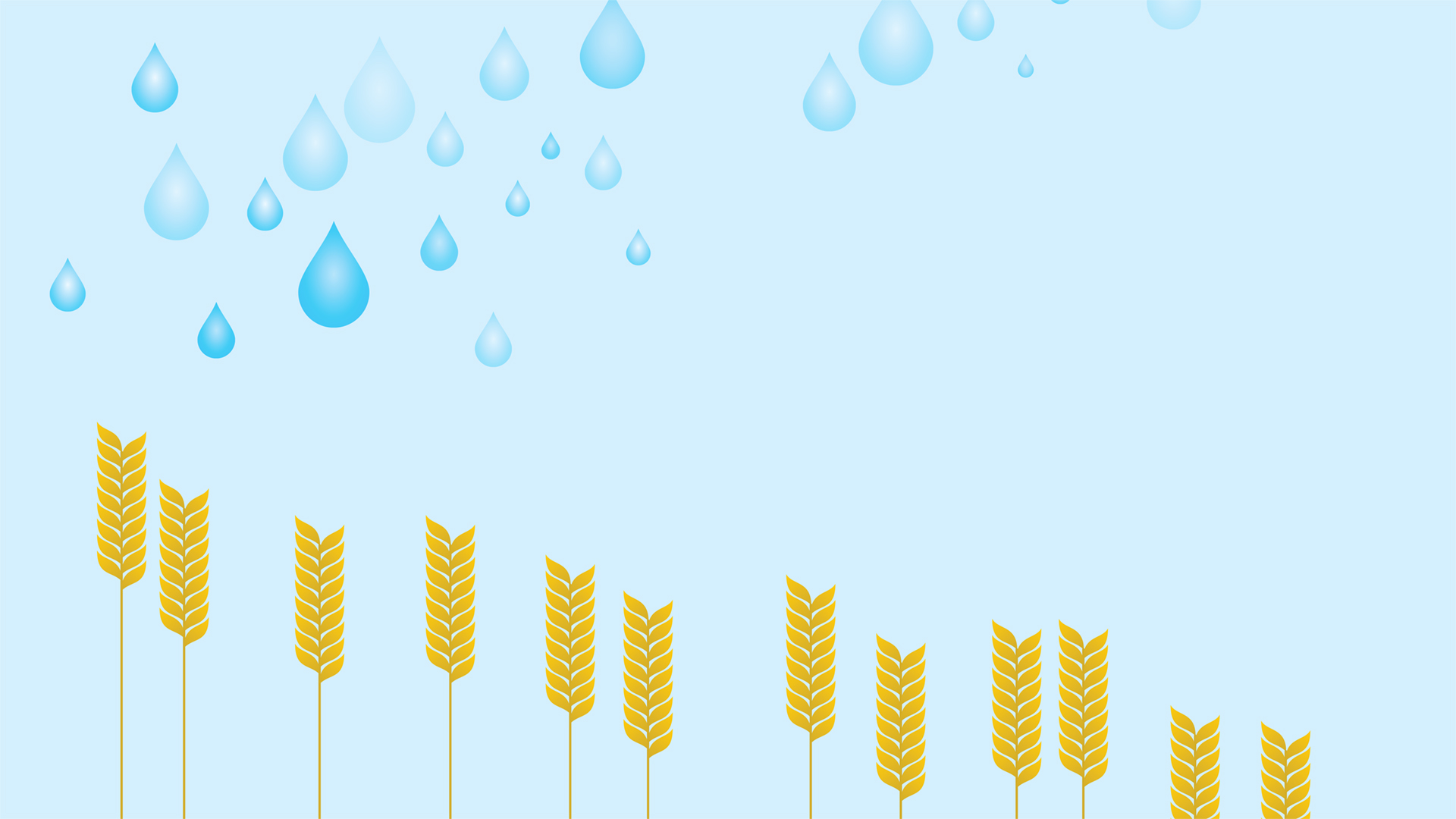 A child dies from hunger-related causes every six seconds—“the world’s largest tragedy and scandal,” says Jacques Diouf, director-general of the United Nations Food and Agriculture Organization (FAO). At the same time, about eight out of ten of the world’s population live in areas where freshwater is under threat. Without adequate freshwater supplies, food cannot be produced.

Sounding the alarm, the World Economic Forum’s “Global Risks” report for 2011 highlights the critical nature of “the food-water-energy nexus.” The anticipated 30–50 percent rise in demand for all three resources over the next two decades could bring environmental disruption, political instability and geopolitical conflict. Population growth and increasing prosperity are exerting pressure on resources that in all probability cannot be withstood without coordinated strategies that address each part of the nexus. If nothing is done, the potential for disastrous consequences looms.

Our concern in this article is with the securing of life at its most basic, in terms of the universal need to eat and drink every day. Security relates to more than protection of states against aggression. At the individual level, in addition to food and water, it includes unpolluted sustainable environments as well as protected communities based on equality, good health, safe childbirth, economic viability, and access to shelter and clothing.

“Our estimates suggest that an additional 44 million people may have fallen into poverty in low- and middle-income countries due to the rise in food prices since June 2010.”

The 2000 UN Millennium Declaration lists eight goals that relate to these human security concerns. But the primary Millennium Development Goal (MDG1) is to reduce the number of undernourished and poverty-stricken people in developing countries from the current 16 percent to 10 percent by 2015. Even though the UN reports that the picture has improved slightly, from a high of more than 1 billion in 2009 down to 925 million in 2010, the current number is still the second highest since FAO records began, and the desired reduction may no longer be attainable. Similarly, the 1996 World Food Summit’s target for 2015 now requires freeing 500 million people from hunger in less than 5 years. While some progress has been made—mostly in China and India according to an April 15, 2011, World Bank report—the reality is that even if the effort succeeded, almost half a billion would still go hungry every day.

Diouf notes that “the level of hunger makes it extremely difficult to achieve not only the first MDG but also the rest of the MDGs.” Part of the difficulty arises from the potential volatility of food prices accentuated by natural disasters, severe weather, surging fuel costs, and uncoordinated government actions to protect domestic supplies. Then there’s the demand for biofuels made from agricultural feedstocks, such as ethanol from corn/maize and other crops, that may play a significant role in food price volatility if oil supplies become disrupted. Over the next decade food prices are expected to rise and to remain at levels higher than during the first 10 years of this century.

The earth’s water supply is finite. About 97 percent of it is brine and 3 percent is fresh. Of the freshwater, only 1 percent is accessible; the rest is trapped as ice and glaciers. Agriculture accounts for 70 percent of the freshwater consumed. But without radical changes in eating patterns, this percentage will rise. Both population and meat consumption in developing countries are on the increase. Industrialized meat production is far more water-intensive than grain production. Thus more stress will be placed on water resources in the years ahead. Added to this is the reality of already unsustainable water use in China, India and the United States. Demands will also increase on the energy front, and they, too, are dependent on freshwater.

“The International Energy Agency forecasts that the world economy will demand at least 40% more energy by 2030; producing this energy will draw heavily on freshwater resources.”

But there is more to the water crisis. According to the Water Integrity Network (WIN), corruption is found at all levels of the water delivery system. Bribes are often required (and paid) for contracts; people are forced to pay illegal fees for connection to water supplies; and funds are diverted away from projects. WIN’s Global Corruption Report 2008 notes that corruption in the water sector could inflate the costs of achieving the MDG target for water and sanitation by nearly $50 billion.

An example of how compromised the water business can become is part of the history of the Lesotho Highlands Water Project in Southern Africa—a massive undertaking accelerated in the 1990s with a planned cost of more than $8 billion. Funded in part by the World Bank, the project became mired in corruption. In well-publicized trials in Lesotho, Canadian, French and German multinationals were fined following conviction of bribery in the winning of contracts. The courts alleged that more than $6 million in bribes had been passed along to the local executive in charge of the project, who is now serving 18 years in prison. Irregularities in water projects have also been noted in case studies involving China, Kenya, Indonesia, Bolivia, Chile, Kazakhstan and Uganda. In the Chinese case, bribed officials simply ignored environmental standards. As a result, 700 million people receive water polluted with human and animal waste.

The Will to Succeed

Despite the challenges to provide adequate food and water, UN secretary-general Ban Ki-moon believes that it is possible to empower the poorest countries and others limited by disease, isolation and internal strife to achieve all eight MDGs, because “the world possesses the [necessary] resources and knowledge.” Indeed, in September 2010 several nations, institutions and companies made commitments to meeting the goals. With respect to MDG1, aimed at reducing hunger and poverty, the World Bank has pledged to increase its annual financial support to $6–8 billion between 2010 and 2013. The Republic of Korea has promised $100 million to help food security and agriculture programs. MDG7 (Ensure Environmental Sustainability) gained commitments from WaterHealth International for 75 water purification plants in Bangladesh and for extending water access to an additional 100 Indian villages, thus providing for 175,000 people, while PepsiCo agreed to provide clean water for 3 million people by 2015.

These are commendable actions, and there are, of course, other success stories to be emulated. Armenia, Brazil and Nigeria have encouraged small-scale food production at the individual level. This has alleviated hunger among some of the rural poor, who account for the majority of the world’s undernourished. In three large American and Australian agricultural areas, increased efficiency has demonstrated what can be done to reduce water usage. In this context, according to water resource experts Peter Rogers and Susan Leal, “a 10 percent improvement in agricultural water use would free up more water than is currently used by all the cities and industries across the globe” (Running Out of Water).

“Between 1900 and 2000, the world’s population grew threefold, but our water use has increased sixfold.”

The International Water Management Institute’s (IWMI) survey of the world’s agricultural needs from 2007 to 2050 concluded that while there are sufficient land and water resources to feed the world’s growing population, immediate action to improve agricultural water use is essential to meet those needs. The IWMI is a research center supported by the Consultative Group on International Agricultural Research (CGIAR), a network of 60 entities including governments, international organizations and private foundations. But the question remains whether the global community will do enough to rise to the occasion. Tony P. Hall, a former U.S. ambassador to the UN Agencies for Food and Agriculture in Rome, was reported recently as saying of world hunger, “We have the ability to stop it, but do we have the will? It’s a question of economic, political and spiritual will. So far, we’ve not shown it.”

From where does spiritual will come? If the solution to the level of problem that is being raised here is indeed in part spiritual, then it must come from outside our physical world. Certainly the problems of corruption are widespread, and self-interest is endemic among humanity. What is needed is outside spiritual intervention and a fundamental change in human nature. It will take this kind of “breakthrough” to resolve the deeply entrenched problems that arise from the human heart. Despite our best efforts, finding complete resolution to certain kinds of human problems evades us. As Einstein said, “It is easier to denature plutonium than it is to denature the evil spirit of man.” Corruption is a problem of the human heart. Spiritual problems require spiritual solutions. But what is the source of help?

The foretelling of Jesus’ birth through the prophet Isaiah is well known: “For unto us a child is born, unto us a son is given: and the government shall be upon his shoulder: and his name shall be called Wonderful, Counsellor, The mighty God, The everlasting Father, The Prince of Peace” (Isaiah 9:6, King James Version). George Frideric Handel used this text in his famous oratorio Messiah. What he did not include was the rest of the statement: “Of the increase of his government and peace there shall be no end, upon the throne of David, and upon his kingdom, to order it, and to establish it with judgment and with justice from henceforth even for ever. The zeal of the Lord of hosts will perform this” (verse 7). This speaks of a time of Christ’s rulership on earth at a yet future date. This kind of government was never part of Jesus’ role in the first century. What is described here is a coming time of universal peace and justice under His care—“for a law will go out from me, and I will set my justice for a light to the peoples” (Isaiah 51:4).

In a radically changed world, food and water security will be a byproduct of godly government, justice, equity and right human action. Water will be made available where needed: “When the poor and needy seek water, and there is none, and their tongue is parched with thirst, I the Lord will answer them; I the God of Israel will not forsake them. I will open rivers on the bare heights, and fountains in the midst of the valleys. I will make the wilderness a pool of water, and the dry land springs of water” (Isaiah 41:17–18). Right agricultural practice will lead to the blessing of abundance: “‘Behold, the days are coming,’ declares the Lord, ‘when the plowman shall overtake the reaper and the treader of grapes him who sows the seed; the mountains shall drip sweet wine, and all the hills shall flow with it’” (Amos 9:13). This is reminiscent of the earlier promise made for obedience to God’s way: “If you walk in my statutes and observe my commandments and do them, then I will give you your rains in their season, and the land shall yield its increase, and the trees of the field shall yield their fruit. Your threshing shall last to the time of the grape harvest, and the grape harvest shall last to the time for sowing. And you shall eat your bread to the full and dwell in your land securely” (Leviticus 26:3–5).

The answer to the pervasive problems of the human spirit will also come as a gift from God, like food and water: “For I will pour water on the thirsty land, and streams on the dry ground; I will pour my Spirit upon your offspring, and my blessing on your descendants” (Isaiah 44:3). The prophet Jeremiah recorded God’s words concerning the answer to human nature in complementary terms: “I will put my law within them, and I will write it on their hearts” (Jeremiah 31:33b). This is the way of transformation, and it alone can lead to the resolution of all human problems.