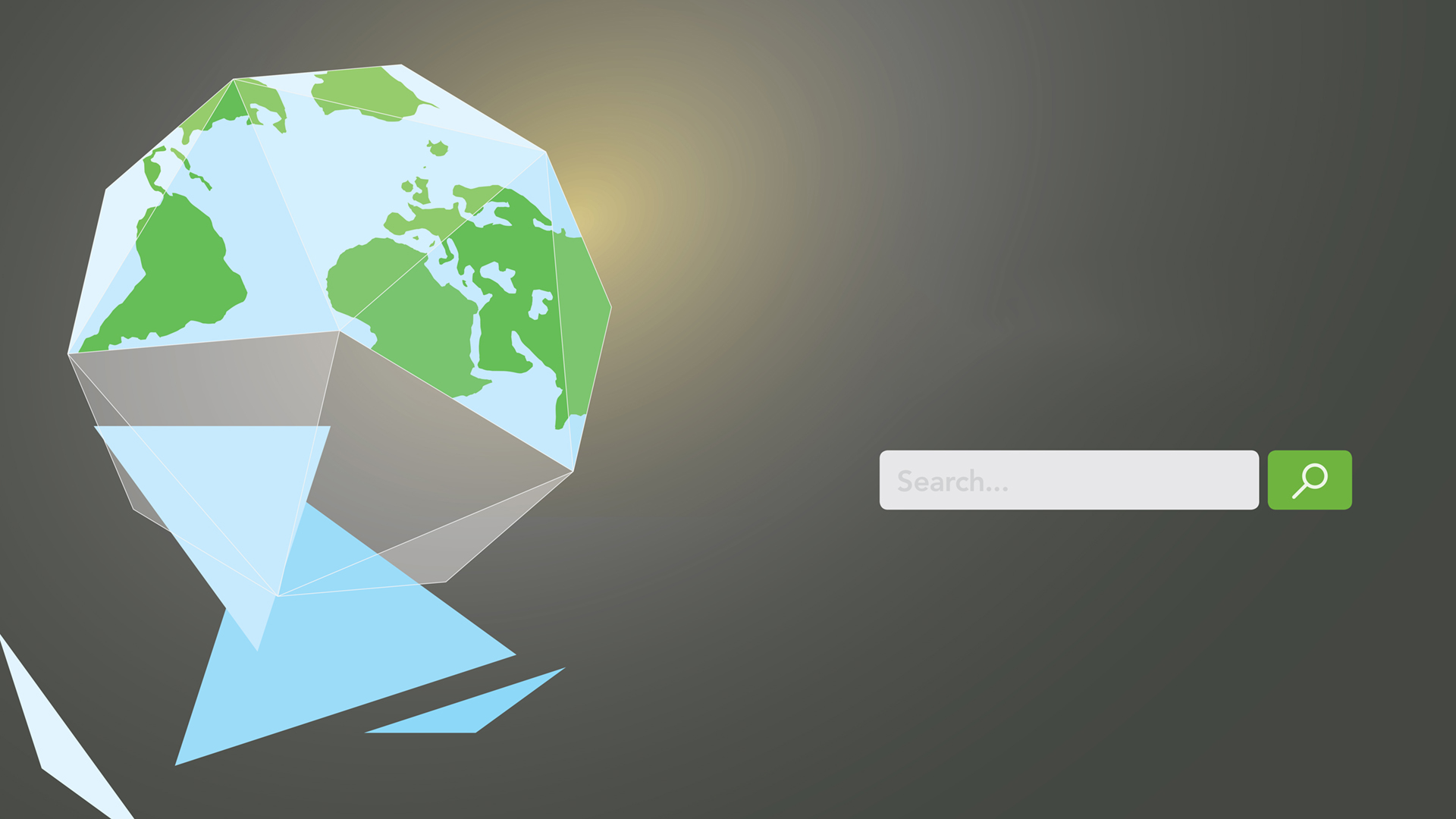 Is there such a thing as a perfect system of government? This past year has seen many political and economic challenges to governments around the world. In one sense this is nothing new: human beings have been trying to find the best form of governance for thousands of years.

It is generally agreed that three forms have developed. We know them in terms derived from Greek as monarchy (rule of one), oligarchy (rule of the few) and democracy (rule of the people). Under these categories fall absolute and constitutional monarchy, dictatorship, aristocracy, bureaucracy, and parliamentary and liberal democracy. While this is not an exhaustive list, it includes most of those forms familiar to us from history and our own times.

“Over the past three decades the world has been transformed. In 1974, nearly three-quarters of all countries were dictatorships; today, more than half are democracies.”

Today the vast majority want to live under liberal democracy. Most recently, the world has witnessed turmoil sweeping the Arab world; in North Africa and the Middle East there has been much violence and bloodshed as the reaction against existing governments has continued to spread. It started with revolutions in Tunisia and Egypt. Then came civil war in Libya. There have been uprisings in Bahrain, Syria and Yemen and serious protests in Algeria, Iraq, Jordan, Morocco and Oman. Lesser civil disturbances have also occurred in Kuwait, Lebanon, Mauritania, Saudi Arabia, Sudan and Western Sahara. In each case, the populace was focused on overthrowing monarchy or oligarchy and instituting modern democracy.

A struggle for the same goal has been in motion in Burma for many years. There the country’s military rulers have prevented the long-suffering winner of the 1990 democratic election, Aung San Suu Kyi, from taking up her position. Even the failed 1989 uprising centered in Beijing’s Tiananmen Square was an attempt by students and intellectuals to encourage China’s communist government toward democratic reform and greater economic freedom.

Winston Churchill was a perceptive observer of human attempts at government. He believed in the democratic system, though he didn’t always appreciate the results. He knew that along with other forms it was imperfect. A couple of years after the British people rejected his post–World War II leadership, he said: “Many forms of Government have been tried, and will be tried in this world of sin and woe. No one pretends that democracy is perfect or all-wise. Indeed, it has been said that democracy is the worst form of Government except all those other forms that have been tried from time to time.”

The Way to Freedom

What is often forgotten in the push to replace one form of human government with another is that none has proven to be the complete answer. In all countries, nationalism results in self-interested economic and foreign policy—that is, in the expression of greed and narrow-mindedness. This is the informed opinion of the Encyclopaedia Britannica’s contributor on the subject, historian Hugh Brogan. Recognizing the imperfection of all forms of rule created thus far, he adds, “If human beings, as political animals, are to progress further, they cannot yet rest from seeking new forms of government to meet the ever-new needs of their times.”

In other words, left to its own devices, humanity is in for more imperfection./p>

On this matter of government, the Bible provides not only a fascinating study but the way to true freedom.

The apostle John explained in his Gospel that the two spirit beings we know as the Father and the Son exist eternally in a harmonious, fully cooperative relationship (John 1:1–3, 14; 5:19). This is the godly mode of government. Two cannot walk together unless they are agreed (Amos 3:3). Further, Paul shows us that the Father is the final authority, and the Son is submissive to His will (1 Corinthians 15:24–28). They carry out work together, their actions based on the laws and principles of divine love.

When David’s son Solomon came to the throne, he asked God for wisdom and knowledge in ruling. He did not ask for the advantages that human rulers might normally seek. We read about this in 2 Chronicles: “God answered Solomon, ‘Because this was in your heart, and you have not asked possessions, wealth, honor, or the life of those who hate you, and have not even asked long life, but have asked wisdom and knowledge for yourself that you may govern my people over whom I have made you king, wisdom and knowledge are granted to you. I will also give you riches, possessions, and honor, such as none of the kings had who were before you, and none after you shall have the like’” (2 Chronicles 1:11–12).

When Jesus’ disciples argued over who was greatest among them, He corrected their view of rulership. This happened twice. Luke records that Jesus responded the first time by teaching them about the humility of a child whom He had set in their midst. We find the account in Luke 9:46–48. The second occasion was at Jesus’ final Passover. Again they argued about superiority, and Jesus told them: “The kings of the Gentiles exercise lordship over them, and those in authority over them are called benefactors. But not so with you” (Luke 22:25–26). They were not to be like the pagan world around with its concepts of human authority, greatness and honorary titles (Roman rulers were titled “benefactor”). He went on to say that humble service is a key attribute of the converted mind. The day would come when they would have godly authority, but as spirit beings in the kingdom of God (verses 29–30). Human “greatness” and power over others is simply not God’s way. His Spirit leads those who heed on a very different path.

“Those who dwelt in a land of deep darkness, on them has light shined. . . . For to us a child is born, to us a son is given; and the government shall be upon his shoulder. . . . Of the increase of his government and of peace there will be no end.”

Handel used this text in his famous oratorio Messiah. What he did not include was the rest of the statement: “Of the increase of his government and peace there shall be no end, upon the throne of David, and upon his kingdom, to order it, and to establish it with judgment and with justice from henceforth even for ever. The zeal of the LORD of hosts will perform this” (verse 7).

This speaks of the time of Christ’s rulership on earth at a yet future date. Of course, this kind of government was never part of Jesus’ role in the first century. What is described here is a coming time of universal peace and justice under His care—“for a law will go out from me, and I will set my justice for a light to the peoples” (Isaiah 51:4).

God’s government will grow not by attempts to improve it, but because it is right to begin with. Justice and righteousness will be evident characteristics. Human systems will come to an end and God’s kingdom will be established over the nations.

The prophet Daniel wrote about this time: “I saw in the night visions, and behold, with the clouds of heaven there came one like a son of man, and he came to the Ancient of Days and was presented before him. And to him was given dominion and glory and a kingdom, that all peoples, nations, and languages should serve him; his dominion is an everlasting dominion, which shall not pass away, and his kingdom one that shall not be destroyed” (Daniel 7:13–14).

The result will be everlasting peace, quietness, trust and security. Isaiah described it this way: “And the effect of righteousness will be peace, and the result of righteousness, quietness and trust forever. My people will abide in a peaceful habitation, in secure dwellings, and in quiet resting places” (Isaiah 32:17–18).

This is because “the earth will be filled with the knowledge of the glory of the Lord as the waters cover the sea” (Habakkuk 2:14).

There will be right knowledge and right law. Again from Isaiah: “It shall come to pass in the latter days that the mountain of the house of the LORD shall be established as the highest of the mountains, and shall be lifted up above the hills; and all the nations shall flow to it, and many peoples shall come, and say: ‘Come, let us go up to the mountain of the Lord, to the house of the God of Jacob, that he may teach us his ways and that we may walk in his paths.’ For out of Zion shall go the law, and the word of the LORD from Jerusalem” (Isaiah 2:2–3).

The weakness of human systems of government is a primary global problem. It is compounded by the effect of human nature. The solutions are righteous rule and a fundamental change in human nature (see Ezekiel 36:26–27; Jeremiah 31:33; Ephesians 4:22–24). These will be the foundation of the new world, presided over by Christ under God the Father.