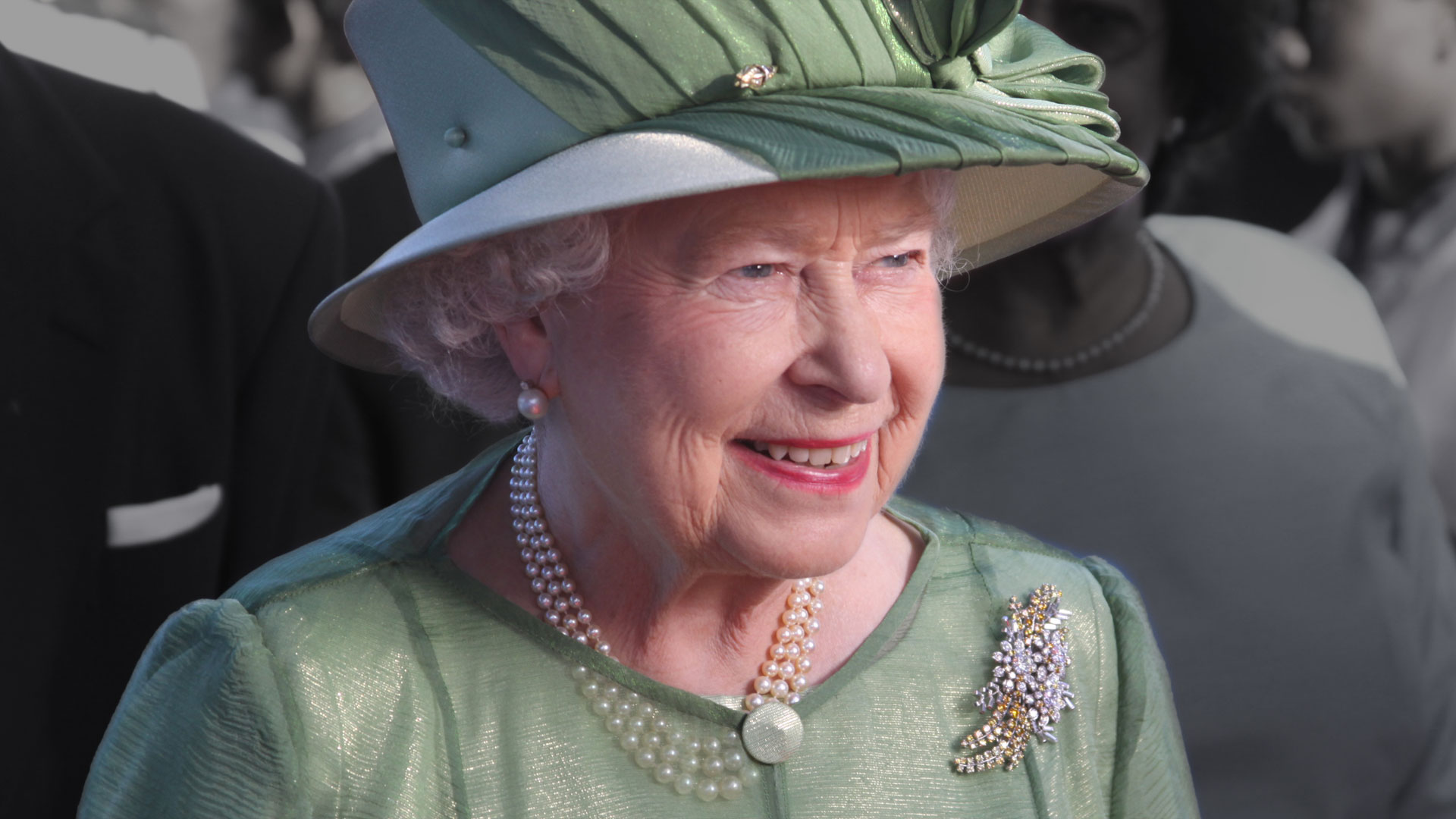 Monarchy is the oldest institution of government in the United Kingdom, and this year Queen Elizabeth II will become the fourth-longest-reigning sovereign in English history. She celebrates the 50th anniversary of her accession to the throne late this spring, something only three previous British monarchs (Henry III, George III and Victoria) were able to do.

For the past half century, Queen Elizabeth has demonstrated a remarkable resiliency despite the negative publicity several other members of the royal family have generated. And so far the monarchy has managed to fend off the intermittent debate as to whether this mostly symbolic form of rulership should even continue to exist. The empire is gone, yet the queen continues as a symbol of tradition and stability to more than 1.5 billion inhabitants of the Commonwealth.

Elizabeth came to the throne at the age of 25 following the death of her father, King George VI, on February 6, 1952. At her coronation, which took place more than a year later on June 2, 1953, she was crowned “Elizabeth the Second, by the Grace of God, of the United Kingdom of Great Britain and Northern Ireland and Her other Realms and Territories Queen, Head of the Commonwealth, Defender of the Faith.”

The mood of the country was one of growing confidence: the end of war rationing was finally in sight, Edmund Hillary had conquered Mt. Everest, and the nation was optimistic about its new young queen.

From the outset, Elizabeth was held in high esteem and affection, not only in the United Kingdom but throughout the Commonwealth. Her strong sense of dedication had been revealed a few years earlier in a speech she gave in South Africa on her 21st birthday. She read with dignity and earnestness from the prepared script, giving a deeper meaning to the words than even her speech writer had intended: “I declare before you all that my whole life, whether it be long or short, shall be devoted to your service and the service of our great Imperial family to which we all belong, but I shall not have the strength to carry out this resolution alone unless you join in with me, as I now invite you to do. I know that your support will be unfailingly given. God help me to make good my vow and God bless all of you who are willing to share in it.”

Throughout her reign, Queen Elizabeth has consistently demonstrated her profound sense of responsibility to the nation, as did her father and mother before her. Michael Mann, the Dean of Windsor and former Bishop of Dudley, wrote: “The one lesson that the abdication of Edward VIII burnt deep into the souls of the present Queen and Queen Mother was that you never, never abdicate your duty. The Queen has always seen that with privilege goes responsibility” (quoted by Douglas Keay, The Queen, 1991).

During these past 50 years, the queen has worked with the administrations of 10 British prime ministers. As a result, her grasp of world events is probably unsurpassed. She works tirelessly to carry out her constitutional responsibilities, receiving copies of all cabinet papers, records of all cabinet committee meetings, a daily summary of events in Parliament, and important Foreign Office telegrams—and she dutifully reads them all.

The British Crown is a hereditary position, the monarch serving as the United Kingdom’s head of state. It is a symbolic office, balanced between participation and governmental representation. The queen’s duties include the state opening of Parliament, weekly meetings with the prime minister, meetings with the Privy Council (her senior advisors), giving royal assent to legislation, and approving numerous government appointments. It also means discharging duties relating to the Scottish Parliament and the Assemblies of Wales and Northern Ireland. In addition, the queen is the titular head of the Church of England.

Because the monarch’s duties are tempered by a council of ministers that reduces any real authority to token responsibilities, the British Crown is not a threat to any political institutions. In order to function, the monarchy must transcend all political activity and maintain a nonpartisan view. According to the Victorian-era editor of The Economist, Walter Bagehot, the function of a constitutional monarch is to warn, to encourage and to advise.

The royal family is also involved in nearly 3,000 official engagements each year, requiring frequent travel within the United Kingdom and internationally. She carries out state visits overseas and receives state and official visitors to the United Kingdom. Each year the royal family entertains about 80,000 guests at dinners, luncheons, receptions and garden parties, and receives and replies to about 100,000 letters in addition to inquiries from the media.

As head of the Commonwealth, which is a voluntary association of 54 independent countries, the queen maintains and preserves relations with and between former British colonies, fostering international cooperation and trade links between people all over the world. Even though most of these countries have moved from British rule to independent self-government, the queen is sovereign of several Commonwealth nations, including Australia, New Zealand and Canada.

But Does It Have a Future?

In spite of republican sentiment among those who would like to abolish the monarchy in favor of an elected head of state, the British people are generally monarchists at heart. There is, however, a growing apathy and disinterest toward things royal, even among supporters. According to a December 2001 survey by YOUGov, an online polling organization, large numbers of Britons believe that the queen has failed to keep up with the times and is out of step with her people. More than 80 percent of respondents said they enjoyed reading newspaper stories about the monarchy only a little or not at all, and fewer than one in three is taking a real interest in the queen’s 50th-anniversary celebration.

In a December MORI poll, however, only 21 percent of those surveyed favored Britain becoming a republic, with 70 percent in favor of retaining the monarchy. Yet in the same poll, when respondents were asked if they thought Britain would have a monarchy in 50 years, only 39 percent thought it would.

Will a time come when there will no longer be a monarch presiding as Britain’s head of state?

So the question arises whether the monarchy has become an outdated and outmoded institution. Will a time come when there will no longer be a monarch presiding as Britain’s head of state? Will the monarchy become obsolete?

It is interesting to note that there are only two ways whereby the monarchy could be abolished. The first, which is highly improbable, is a revolution overthrowing the throne. The second is for the monarchy to abolish itself by ratifying a parliamentary bill to that end.

As Sarah Bradford, author of the 1996 book Elizabeth, says, “The British monarchy has lasted 1,200 years. Dismantling it would not be easy, nor would the finding of a satisfactory and safe alternative. It would be extremely difficult to disentangle the monarchy from the constitution and such a leap in the dark could be dangerous.”

Keay writes: “For the foreseeable future all the evidence would suggest that the British will go on needing and appreciating having a Head of State who is not elected or appointed but who is in lineal descent from Henry VIII, whose great-great-great grandparent was Queen Victoria. There is something in the British psyche that hankers after continuity. To some, the Queen may appear to be an anachronistic totem-pole propping up a privileged and split society. And many believe that the royal financial arrangements require urgent reappraisal. But to the great majority of her people the Queen, and the Crown, remain the chief symbol of the nation, to be jealously guarded.”

Finding the Future in the Past

The British psyche’s attachment to the monarchy has another, perhaps surprising dimension that warrants consideration. Throughout its development, the territory we know today as the United Kingdom has displayed an affinity for the kingdom of Israel.

The British psyche’s attachment to the monarchy has another, perhaps surprising dimension.

From the earliest recorded coronation ceremony of an English monarch, detailed in the Egbertine Order dating to the eighth century, the event has replicated in part the anointing to office of the kings of ancient Israel, notably David and Solomon. Elements such as an oath given by the monarch, anointing, investiture, enthronement and homage are still central to the occasion.

The oath, with its promises of justice, judgment and mercy, are echoes of the demands placed on the descendants of King David in the pages of the Bible (for example, see Psalm 89:14).

Anointing is clearly part of the biblical approach to the coronation of a monarch (1 Samuel 16:1, 13; 1 Kings 1:39). The anointing mentioned in the Egbertine Order represents the earliest record of this in Europe, although certain earlier documents hint at the process. Changes since the eighth century have shown a further development of the ceremony rather than a departure from it.

While it would be easy to dismiss such a connection as merely part of England’s Judeo-Christian heritage, the link also finds expression in another part of the coronation ceremony.

During a campaign against the Scots, Edward I (1272–1307) took a large oblong stone from the abbey at Scone, in Scotland, and moved it to Westminster Abbey, where a new throne was constructed and the stone housed beneath the seat. That throne has been used as the coronation chair for all the English and British monarchs ever since, with the exception of Mary I.

The mysterious stone was known as “Jacob’s pillar stone” (see Genesis 28:11, 16–21) and “the Stone of Destiny.” The Scots held that whoever was crowned on that stone would have rulership over Scotland. Accordingly, it had been used in all Scots (and before that, Irish) coronations for centuries.

Edward’s taking of the Stone of Destiny should not be dismissed as a show of religious superstition or piety.

To Edward and those before him, the stone was therefore more than just a mythical object from antiquity. Because of its widely accepted link to the Israelite patriarch Jacob, the Scots and the Irish had regarded it as adding legitimacy to their throne. Thus Edward’s taking of the Stone of Destiny should not be dismissed as a show of religious superstition or piety. His aim as king was to reestablish the preeminence of the monarchy after the setbacks and problems faced by his father, Henry III. He was prepared to elevate military interests and foreign policy over religious interests. So if possession of the Stone of Destiny added legitimacy to the Scottish throne, then by extension it should also add legitimacy to his own English throne, especially as he sought to make his royal jurisdiction supreme over Scotland as well.

From the time of Edward the stone remained in Westminster Abbey, apart from a short period in 1950 when Scottish nationalists staged a heist and took the stone back to Scotland. Since 1996, it has been located in Edinburgh Castle on the condition that it be returned to Westminster Abbey for future coronations.

While the origins and nature of the rock from which the stone was taken are debated, the very existence and royal use of a stone related to distant biblical events generates questions. Why would the British monarchy and its Scots and Irish predecessors attach such importance to this stone in the first place?

Britain is celebrating Elizabeth II’s 50-year-reign even as many debate the relevance of the Crown in the 21st century. But could the real significance and durability of Britain’s monarchy be rooted in a much more ancient history?