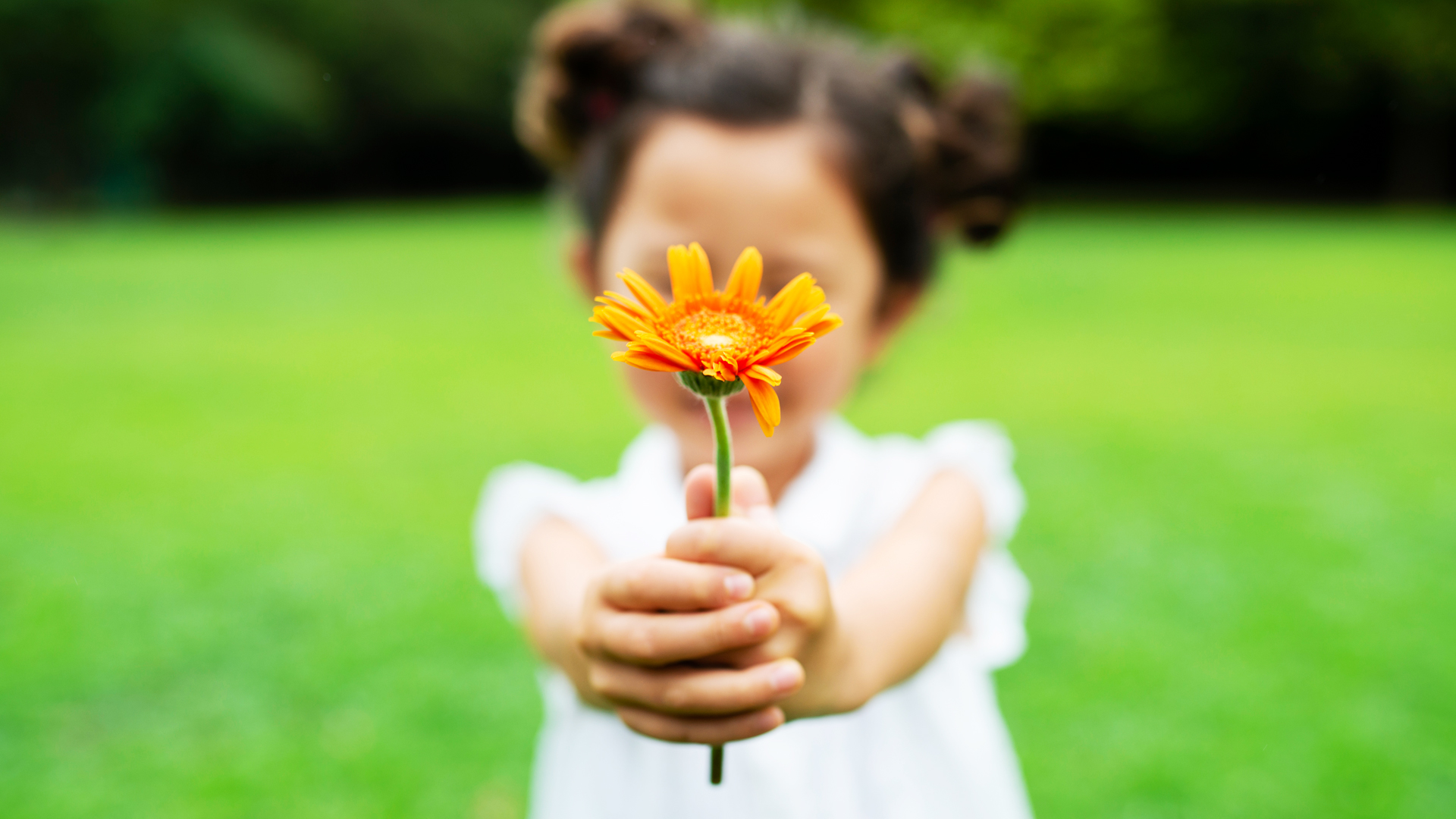 The 1980s has been dubbed the “decade of greed” in the popular press. But corruption and corporate money-grabbing are as alive and well in today’s world as they were when Gordon Gekko gave his “Greed is good” speech in the 1987 American film Wall Street. One legacy of greed—a widening gap between the wealthy and the poverty-stricken—is a global problem that no one seems close to resolving.

At first glance we might assume it’s impossible to solve such a thorny problem as global financial insecurity. To further propose that we address it by cultivating a single positive and seemingly frivolous human emotion would appear laughable. But studies into the wide-reaching effects of gratitude on personal and community well-being suggest it could play a large part in changing society’s outlook and lay the groundwork for solving some of our most pressing problems, including greed.

Though many situations and events can evoke gratitude in passing, being grateful can also become a dispositional trait, a sort of “attitude of gratitude.” In fact, this is where most of its power lies. Cicero called it a virtue, writing that it was not only the greatest but the parent of all others. Indeed, when we take a close look at how gratitude affects both the benefactor and the benefactee, we can see where he was coming from. But we’ll get to that shortly. First, let’s explore some background for context.

Psychologists classify not only gratitude but also pride as benefit-related emotions—how we feel when a need or want has been met (that is, we’ve received a benefit). We feel a sense of pride when we believe we’ve been our own benefactor. It’s a self-oriented response. We feel gratitude, on the other hand, when we believe external influences have provided the benefit. It’s an outwardly oriented response, whether toward another person, God, something nebulous that is often labeled “fate,” or even random chance.

Pride, we might say, is a mixed bag. Felt as a sense of accomplishment, it can reinforce our belief that we have the ability to master a task or situation, which can help us focus and persevere. But if it isn’t balanced by a sense of gratitude, perhaps even simply the acknowledgment that one’s health and abilities are a gift, self-confidence can quickly bloom into overconfidence, hubris and even narcissism.

Unfortunately, unless we intentionally cultivate a grateful disposition, pride’s dark side can be hard to shake. Narcissistic pride can become a barrier to gratitude, as can cynicism, materialism, envy and feeling indebted.

Right now you might be thinking, “Wait. Feeling indebted? Isn’t that what gratitude is all about?” No, not really. There’s a subtle difference in that indebtedness carries with it the feeling that the benefactor is now owed something in return. The benefactor may not actually expect to be repaid, but some people just have a more difficult time accepting generosity than others, and thus the feeling of gratitude tends to elude them. People who are used to thinking in terms of exchange, as well as those who are more self-focused or self-conscious, are more likely to feel indebted, as it turns out. Thus they miss out on the many benefits of gratitude.

So what are these benefits?

When we’re comfortable expressing gratitude, say researchers, we experience fewer symptoms of physical illness; we exercise more; we sleep longer and better; and we report higher levels of positive emotion, greater optimism, and a greater sense of connection to others. This appears to be true across generational lines, from children and teens on through to the elderly.

When researchers measure by the Big Five personality traits (extraversion, neuroticism, agreeableness, conscientiousness, openness), they find that people with grateful dispositions are low in neuroticism and high in agreeableness and extraversion (typically scoring within the healthy “ambivert” range rather than at either extreme of the introvert-extravert spectrum). Considering the links between a grateful disposition and these personality traits, it’s easy to see why grateful people have less anger and loneliness, more acceptance and compassion—and, as a result, stronger social networks and all the benefits that go along with that.

“Research has confirmed that grateful people may indeed hold the keys to a happy life.”

People with grateful dispositions were also found to be less envious of others, reported fewer feelings of depression, and felt greater life satisfaction and happiness. This makes sense when we consider how reappraisals of events and situations can help promote resilience. “Benefit-finding” when reappraising a traumatic event has been linked to posttraumatic growth and fewer symptoms of posttraumatic stress disorder.

As a side note, empathy—another important substrate of healthy communities—has an interesting relationship to gratitude. When study participants were asked to list things for which they were grateful, only those who scored high in empathy found their mood boosted by the exercise. Does empathy make it easier for us to understand what it cost our benefactors to provide the service or benefit we received? Recognizing its true value should certainly have an effect on the depth of our appreciation.

A grateful mindset also improves sleep quality; and when we sleep better, we further increase our capacity for gratitude. As our capacity increases, we begin to focus more on our positive experiences than on our hassles and complaints. We’re also more likely to help others with their personal problems and offer emotional support, thereby evoking feelings of gratitude in those we touch.

Some researchers put gratitude in the same league as sympathy, empathy, guilt and shame, in that it serves as a moral barometer, a moral motivator and a moral reinforcer. As a barometer, it makes us conscious that someone has freely done something beneficial for us; as a motivator, it can move us to behave in a prosocial way toward someone else; and as a reinforcer, gratitude toward a benefactor makes that person more likely to repeat the behavior in future.

Gratitude spreads, and so does the generosity it promotes. People with high levels of gratitude experience a stronger sense of purpose and belonging, and a stronger desire to be kind or generous to someone else or even to give back in significant ways to their communities, thereby causing others to feel grateful and continue the cycle. Some studies suggest that people who receive benefits in these sorts of pay-it-forward situations (and presumably feel gratitude as a result) give to others more generously than if they can just give whatever they want.

On the flip side, of course, greed is also paid forward. Unfortunately, the research tells us, the pay-it-forward effect of greed is even stronger than the effect of gratitude and giving. That said, it’s not so strong that it can’t be overcome. If we find ourselves caught in a negative pay-it-forward loop, pausing to count our blessings, so to speak, is a helpful exercise for stirring up gratitude and reversing the negative cycle.

Perhaps one of the most interesting things about dispositional gratitude is its effect on a close cousin of greed: materialism. In 1985, before Gekko’s greed speech reverberated through cinemas around the world, a researcher named Russell Belk concluded that materialism—the drive to acquire material possessions—tends to be the bedfellow of at least three subtraits: envy, possessiveness and a lack of generosity, all of which tend to undermine happiness.

“Such is the fate of all who are greedy for money; it robs them of life.”

A couple of decades later, as academic interest in gratitude began to surface, other researchers wondered whether a grateful disposition might be a powerful alternative or antidote to materialism. There’s mounting evidence to support this supposition; researchers think one of the reasons is that to feel gratitude, we have to notice and value other people’s benevolence toward us. This makes us conscious that we’re surrounded by people who are willing to help, which makes us feel our lives are more secure, safe and fulfilling. This is important, because materialism is believed to be one of the ways people cope with feelings of existential insecurity—an overarching sense of instability and vulnerability. Unfortunately, existential insecurity is increasing on a global scale, which doesn’t bode well for humanity in general pulling itself out of the materialistic mire anytime soon.

If only materialism, competition and greed could offer the same benefits to mental and physical health that gratitude does. Something that spreads its seeds as far and fast as greed does should at least have something worthwhile to offer. Those who think primarily in economic terms often suggest it does, of course.

“The point is, ladies and gentlemen, that greed, for lack of a better word, is good. Greed is right, greed works. Greed clarifies, cuts through, and captures the essence of the evolutionary spirit. Greed, in all of its forms—greed for life, for money, for love, knowledge—has marked the upward surge of mankind. And greed, you mark my words, will not only save Teldar Paper, but that other malfunctioning corporation called the USA. Thank you very much.”

Gordon Gekko’s point of view coincides with that of economists and anthropologists who assume that people make decisions in far more “cost-effective” ways than they actually do. Whole economic theories are based on the belief that people choose their behaviors through a sort of situational cost-benefit analysis.

As parents we want to help our children become competent decision-makers. What skills are required, and how do parents instill them? 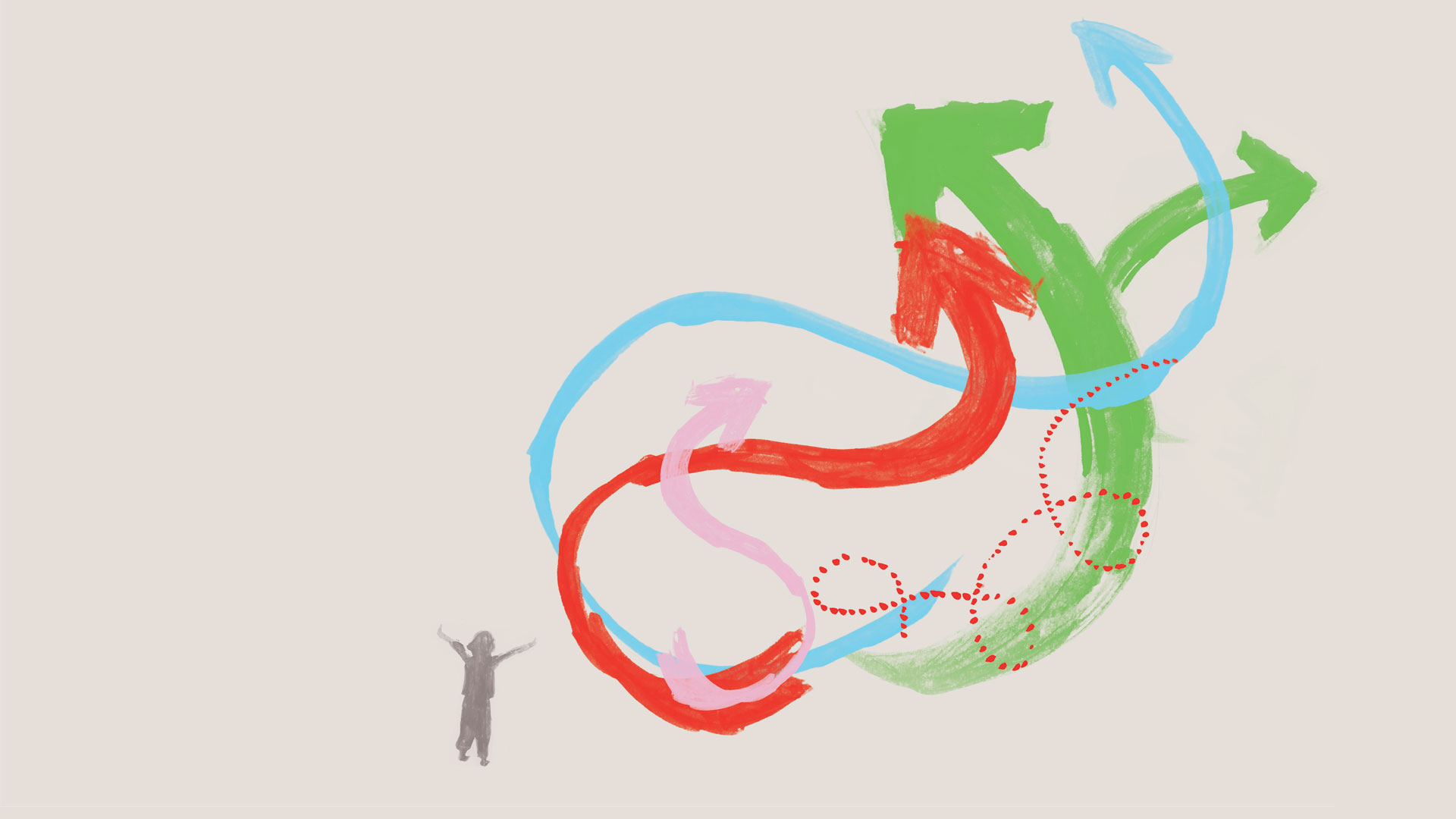 Unfortunately these theories took a huge hit in 2002. That was the year psychologist Daniel Kahneman won the Nobel Prize in Economics for his research in judgment and decision-making. He found that we human beings (that includes you and me) are not the rational agents economists and decision theorists have traditionally assumed us to be. We are ruled by emotion at least as often as by logical economy. Most often we decide using a mixture of emotion and logic.

This opens the door to the idea that sometimes we make decisions not on a cost-benefit basis but on the basis of altruism, empathy, gratitude, generosity. We reap significant mental, physical and relational health benefits when we decide to give rather than grab, or to be thankful rather than fearful, though these benefits don’t always look great on paper. Their value is hard to quantify, but unless society as a whole begins to value them more than money and possessions, we’re in for a rough ride.

With this in mind, perhaps we can have a little fun with Gekko’s Wall Street speech—just a few edits that begin with substituting the word gratitude for greed. As a life creed, this version promises a much bigger payoff:

“The point is, ladies and gentlemen, that gratitude, for lack of a better word, is good. Gratitude is right, gratitude works. Gratitude clarifies, cuts through, and captures the essence of a transcendent spirit. Gratitude, in all of its forms—gratitude for life, for financial resources, for love, knowledge—will ultimately mark the upward surge of mankind. And gratitude, you mark my words, will not only contribute to the health of each one of us individually, but to the health of our malfunctioning institutions and society in general. Thank you very much.”