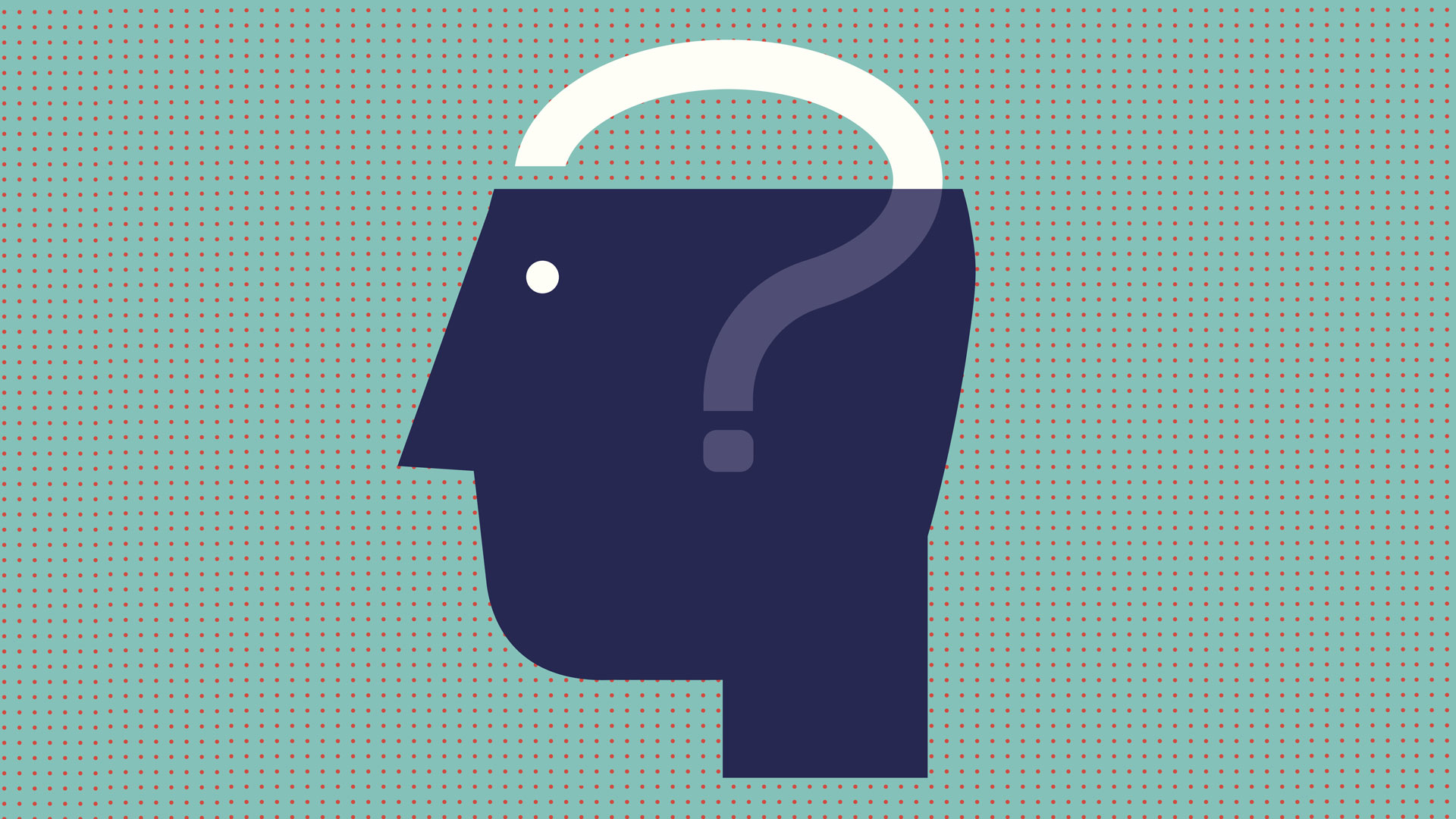 In the holiday film classic It’s a Wonderful Life, everyman George Bailey finds himself in financial straits. After an evening of drinking and general dysfunction that makes life look anything but wonderful, George makes ready to throw himself from the town bridge into the icy waters below. Guardian angel Clarence intervenes and after a brief conversation with George, grants his rather impetuous wish that he’d never been born.

This agreement places George on a path to great personal insight. A tour of the transformed town, the now broken down and deviant Pottersville devolved from the previously tranquil and clean-cut Bedford Falls, leaves George reeling. Clarence explains that his removal from history has had great consequences.

George: Why am I seeing all these strange things? Clarence: Don’t you understand, George? It's because you were not born. George: Then if I wasn’t born, who am I? Clarence: You’re nobody. You have no identity. [George rapidly searches his pockets for identification, but without success.] George: What do you mean, no identity? My name’s George Bailey. Clarence: There is no George Bailey. You have no papers, no cards, no driver’s license, no 4-F card, no insurance policy. . . . You’ve been given a great gift, George. A chance to see what the world would be like without you.

In reality as a species, we seem to have been given the same “gift.” We are mired in a similar identity crisis. Like George Bailey embedded in a kind of twilight zone where he knows everyone but no one knows him, we live in a world apparently void of an understanding of what makes humans unique.

Here we are, but why?

While Capra’s story keys in on the value of the individual—the intertwining of one person’s life with so many others and how those connections and relationships are easily taken for granted and dismissed—the larger but related problem is just as important and timeless. Although at times we all wonder, “Why am I here?” and “What is the meaning of my life?” these questions of individual purpose arise from a larger crisis of identity. It is not a question of one man’s identity; it is the problem of mankind’s identity. What are we? Why are we here?

One of the qualities that makes us unique is the ability to ask and explore these questions.

Have our minds simply invented a crisis where none really exists? Of course we are creative and curious creatures, but so are other life forms. We may have more sophisticated ways of asking about our world and ourselves, but as the fictional but famous detective Hercule Poirot might ask, isn’t that just a matter of “the little grey cells”?

Neuropsychologist Michael Gazzaniga is certainly of this school of thought. In his previous book The Ethical Brain concerning the moral basis of human relationships, he concluded that continuing reliance on the fragmented virtues laid out by religious faiths only add to our identity crisis. It is science, Gazzaniga believes, that provides the fuller answer: a reasoned and therefore rational measure of right and wrong. “Our species wants to believe in something, some natural order,” he says, “and it is the job of modern science to help figure out how that order should be characterized.”

In his new book, Human: The Science Behind What Makes Us Unique, he continues the amazing scientific tale of how brain creates mind. Although the answer to the mystery of consciousness remains elusive, he argues that the big picture is complete. And he remains true to his title and his belief in the rationality of science. According to Gazzaniga, “There are those who feel that the essence of consciousness cannot have a physical explanation, that it is so wondrous that it can’t be explained by modules and neurons and synapses and neurotransmitters. We will soldier on without them.”

And certainly Gazzaniga does march on. Almost every one of the 390 pages offers a new scientific data point backing the reductionist hypothesis that the mind is simply a function of neural wiring. Every chapter provides more detail concerning this or that bit of the brain involved in any activity or thought pattern; neuroscience has moved far, far beyond the basics of frontal lobes for “thinking,” midbrain for emotions, and cerebellum for balance. But there remains a long, long way to go, admits Gazzaniga. “No one knows exactly what is going on,” he notes, “but there are plenty of suggestions.”

While Gazzaniga is sure that eventually some of these suggestions will pan out, in the here and now they remain unsatisfying. Concerning art, for example, Gazzaniga discusses the fact that “the world is a happier place if it is beautiful” and that “the creation of art is new to the world of animals.” To decouple the true from the imaginary, he writes, has allowed us “to break out of the rigid behavioral patterns that other animals are subject to.”

Nevertheless, he concludes this discussion—as well as each of the many topics he examines—with what becomes a disappointing refrain: We just don’t know why. “What caused this connectivity is unknown. Was it due to a change in the prefrontal cortex as the result of some small genetic mutation, or was it a more gradual process? No one knows.”

But this is not surprising, nor is it criticism meant to belittle Gazzaniga’s efforts. From the scientific and necessarily material, natural view, we are children of the earth: physiologic bundles created by the in and outs of natural selection. As such, we are only extraordinary primates: unusual yes, but still the product of eons of evolution. When we see Homo sapiens as any different from other life on the planet, we are simply exhibiting “specism”—a sense of preeminence that one supposes all organisms believe (the amoeba looks down upon the bacteria, and so forth). We may be correct in saying we are the dominant species, but we are surely no more important than ants (and maybe less, some observers claim) in the greater ecological scheme of things.

This answer apparently trumps all others in its rationality and material essence. Success in the material sciences has washed over into the biological; for all practical purposes, the evolutionary view is the only view. To believe, or even consider the other conclusion—that human beings could actually be a special creation, formed in the image of God and endowed with capabilities that are not wholly organic is considered irrational, verging on psychotic and certainly out of touch with modern reality. Critics with more empathy might say those who cling to such convictions are simply holding on to the “dark language” of prescientific thinking.

Still, as our material knowledge grows, we seem to be less satisfied on a gut level with chemicals, DNA, cells, and brains as the ultimate reason for our consciousness and our questions. Somehow looking for the answer to consciousness in matter alone does not ring true. Looking for something beyond nature is also one of our unique qualities.

The Bible, for example, is peppered with the concept of humankind being the children of God. Yes, as physical creatures, we are of the earth. But just as String Theory of the physicist contemplates dimensions of space outside the ability of our senses to detect, the Bible proposes that there is a spiritual dimension. It is this overlooked ingredient that creates human mind from physical brain.

This points to a level of relationship that is profound and beyond the physical alone. The wisdom of the Bible, however, is given little credibility in a world that looks only to science for revelation. Indeed, it is the light of science that is often seen as having lifted the dark veil of superstition and ancient myth, the source of enlightenment from which the technologically savvy world of today has been cobbled.

All living things stretch out and explore their horizons. Even a single-celled amoeba searches, as does a crab, a cat or a human baby. Even a lawn weed, like a dandelion, wafts its progeny out across the world to find new spaces and environments to conquer. When one really sifts it all down, reduces things to the base fundamentals—especially as science is wont to do, the big question of human difference may seem to evaporate away. Maybe it’s all just our imagination at work. But, then where does imagination come from?

“I think the crucial difference is that we aren’t hooked up the same,” Gazzaniga finally concludes. The difference between animal brain and human is that, “Everything has been tweaked and interconnected. Feedback loops have been formed that allow rumination and inhibition and may be the basis for our self-awareness and consciousness.”

And in summation, that is about the best that science can determine. There is no doubt that a clearer understanding of the physical world through the scientific process of investigation has born us great benefit. Further neural research has several motivators, Gazzaniga notes. To continue to improve the human condition in general is, he confirms, “a goal that is definitely uniquely human.”

It is also clear that throughout the ages religious confusion and irregular doctrine has created great friction among peoples—crises of identity that drive different peoples to battle one another. By exchanging a relationship with our Creator for science, we may have given up spiritual insight for physical comfort. We have created our own world without a connection to our spiritual origins. Like George Bailey, our choices have left us in an identity crisis that must become more muddied before it can come to clarity. We can only begin to move in the right direction when we recognize the futility of our current ways.

“No other species,” Gazzaniga concludes, “aspires to be more than it is. Perhaps we can be. Sure, we may be only slightly different [than other animals], but then, some ice is only one degree colder than liquid water.”

In It’s a Wonderful Life, George learns that it sometimes takes a miracle to make one’s way out of the fog of crisis. Through the revelation of seeing things from a previously unknown vantage, it is possible to make the transition from one state to another. To discover the true nature of human identity, we must come to grips with the spiritual dimension at work in us. It is the spirit in man that makes that one-degree difference and pushes the phase change of brain to mind.