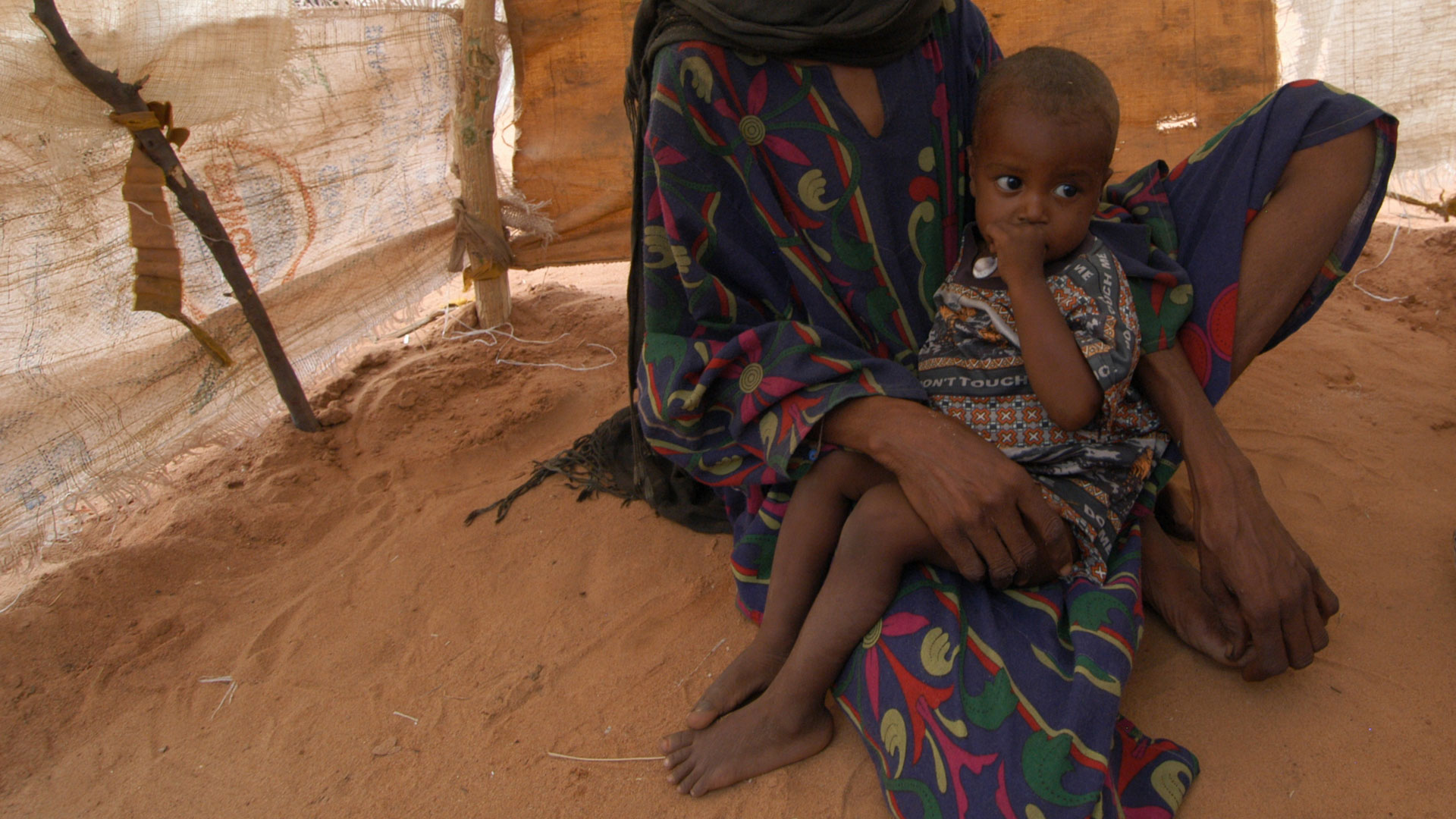 Besides the estimated 2.4 million IDPs in Darfur, at least 200,000 Darfuri refugees have crossed the Sudanese border and are living in Chad. Like the IDPs, the refugees have left their homes because of conflict and violence in their villages. The difference between them is that “a refugee has crossed an international border and has sought refuge in a country other than his own, whereas an IDP is trying to find safety and refuge within his country,” explains Nanda Na Champassak, spokesperson for the Ottawa, Ontario, branch of the United Nations High Commission for Refugees (UNHCR).

Once they cross an international border, “their plight is still difficult, yet it’s not as bad is it would have been if they had stayed in their own country,” says Walter Kälin, representative of the UN Secretary-General on the human rights of internally displaced persons, and a professor at the University of Bern (Switzerland). For one thing, he says, “the people who are able to leave Darfur are able to get outside the epicenter of the war, which has obvious benefits, because they are able to get away from the fighting.”

Second, notes Kälin, once those seeking refuge cross an international border, they are under the protection of the UNHCR, an agency established by the United Nations in 1951 with the mandate of leading and coordinating international action to protect and assist refugees worldwide. After Darfuris arrive in Chad, they are directed to one of 11 refugee camps that are organized and run by the UNHCR. In contrast, the IDPs in Darfur are not eligible for protection under international refugee law because they remain within their country and under the control of the Sudanese government.

“The world assumes that people who are displaced within their countries—who have not been forced outside to become refugees—are being protected by their own government, and therefore there is no international assistance or protection for them,” says Francis Deng, research professor at Johns Hopkins University and Kälin’s predecessor at the UN. “The irony is that their own government is usually the one displacing them and seeing them more or less as part of the enemy.”

For the displaced people inside Darfur, there is no international agency with the authority or responsibility to come into Sudan to protect them. The Sudanese government does allow private relief organizations into Darfur, but not to all regions and not whenever they want.

“The international community is not under legal obligation to protect IDPs, help them to return home, or find them somewhere new to live,” says Jens-Hagen Eschenbächer, spokesperson for the Global IDP Project and the Norwegian Refugee Council based in Geneva, Switzerland. As a result, Eschenbächer says, “IDPs are forced to live in utter destitution, without adequate access to food, jobs, health care and education. Often they have nobody to turn to.”

The IDP camps themselves are not planned or managed the way the refugee camps are. Most of them “just spring up spontaneously,” says Roberta Cohen of the Brookings-Bern Project on Internal Displacement. “They’re just big settlements where people stopped and have stayed, but camp management, for the most part, does not exist.”

There’s also the issue of accessibility. The refugee camps in Chad are accessible by UN agencies and nongovernmental aid organizations. It is no problem to get food, clothing, tents, medications and other much-needed supplies to the refugees in Chad. However, because there is a lot of fighting going on in much of Darfur, relief organizations cannot reach many of the IDPs.

“There are about 400,000 IDPs in Darfur who have no access to any humanitarian organization,” Cohen notes. “They’re off-limits and are not being helped by the international community.” This may either be because the fighting is so intense that it is not safe for aid workers to travel there, or because the government constricts entry to the rebel-held areas, she adds.

So why would people stay in Darfur as IDPs rather than go into Chad and become refugees?

“Some were living close to Chad, some weren’t,” replies Sudan researcher and analyst Eric Reeves. “Many people would have fled to Chad if they could, but Darfur is a big geographic area (roughly the size of France), and it’s also a very inhospitable land. Many have died of hunger and thirst trying to get to Chad.” Some are too old or too sick to be able to make the trip, or they may not have the money required to bribe the border guards on the other side, he adds. Also, depending on where they live in Darfur, they may need to cross mountain ranges or wide rivers to reach Chad, and some may be physically unable to do that.