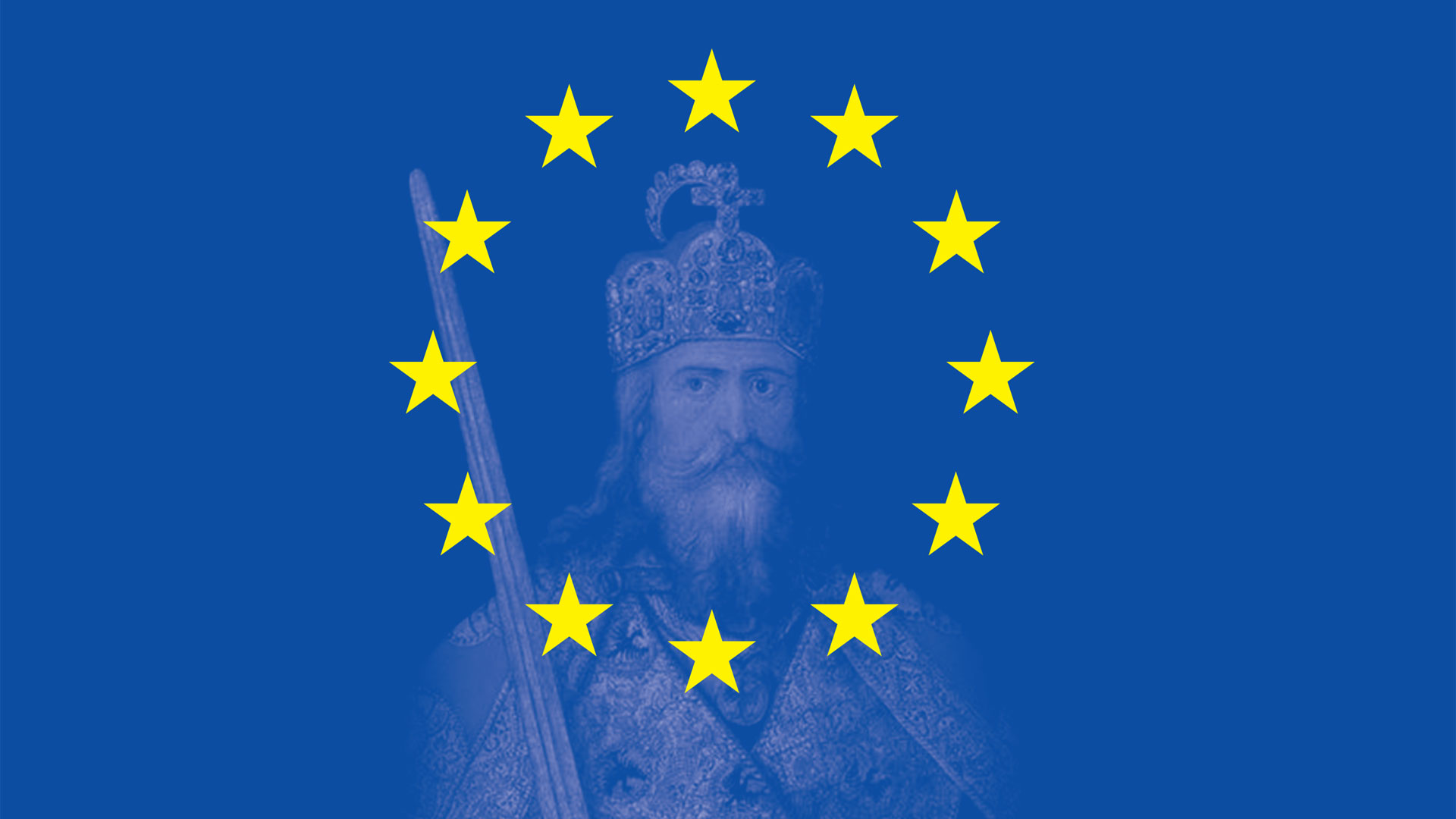 With all that’s going on between the leaders of Europe in the midst of their financial crisis, a recent opinion piece in the New York Times asked, “Where’s Charlemagne When We Need Him?” When unity is challenged in Europe, the ghost of the medieval king often comes on the scene.

What kind of ruler was he, and why does he inspire such admiration? In what sense was he “the Father of Europe?” Rosamond McKitterick, a highly regarded authority on Charlemagne, explained in a 2011 Vision interview, “It’s because of Charlemagne that this area was united politically—but it was also brought under Christian rule, and a common Latin-Christian culture was introduced to this entire realm. What you also have is a governmental system involving Christianity, which is absolutely the moral responsibility of the ruler to maintain. In that respect, I think he could be counted as the Father of Europe.”

Yet the author of the New York Times article, historian Istvan Deak, left out of his proposal for improved European cooperation any one dominant religion. He wrote: “A new imperial construct embracing all nations, religions and non-totalitarian ideologies might well be the only alternative to the revival of tribalism with all its tragic consequences. And it will be the sacred task of leaders to make the rest of society see this as an exalted, almost religious goal: a new European faith that belongs to no church.”

Deak notes that Otto von Habsburg, the last pretender to the Austro-Hungarian throne, wrote 50 years ago that “only something as mystical as the Holy Roman Empire could give people hope, a sense of religious renewal and combat the pernicious effects of local interest, chauvinism, xenophobia and racism.” In this he was not so different from Charlemagne, who gave rise to the Holy Roman Empire. Having interviewed von Habsburg several years ago at his home in Germany, I can say that his view of what Europe needed certainly included religion as defined by the Roman Catholic Church.

“The papal letters addressed to Charlemagne by Stephen II and Hadrian I reiterate the pope’s expectations of the Frankish king’s responsibility to defend St Peter and the Roman church and to heed the pope.”

Though Charlemagne was a German-speaking Frank, the pope crowned him “Emperor of the Romans” in Rome on Christmas Day, 800 C.E. As “Defender of the Faith,” Charlemagne was encouraged to see himself as the new Constantine, the fourth-century Roman emperor whose edicts Christianized the West. In fact, many aspects of his rule demonstrate an emulation of Constantine and things Roman.

For example, it seems that Charlemagne patterned his tomb in the chapel at Aachen, Germany, after the complex constructed by Constantine inside Jerusalem’s Church of the Holy Sepulcher, the assumed location of Christ’s burial. According to McKitterick, “it is possible that he thought, ‘I’m going to have a wonderful mausoleum, and it’s going to be my chapel; and then when I die, I’m going to be in there.’ So it becomes a kind of shrine—an Imperial Shrine, but in the style of a Roman emperor.”

When people speak of Charlemagne in terms of inspiration for resolving today’s European problems and yet fail to mention his intense religious and Roman imperial orientation, it seems more than a little off center. Otto von Habsburg was no doubt correct when he said that something mystical will be needed to pull Europe together if it is to succeed. What he meant involved existing Roman Catholic religion. Whether in the future it will be an individual religion that does the job or some broad ecumenical understanding remains to be seen.

As for the survival of the Euro, that seems to be a temporary diversion in the search for the tie that will finally bind Europe together.