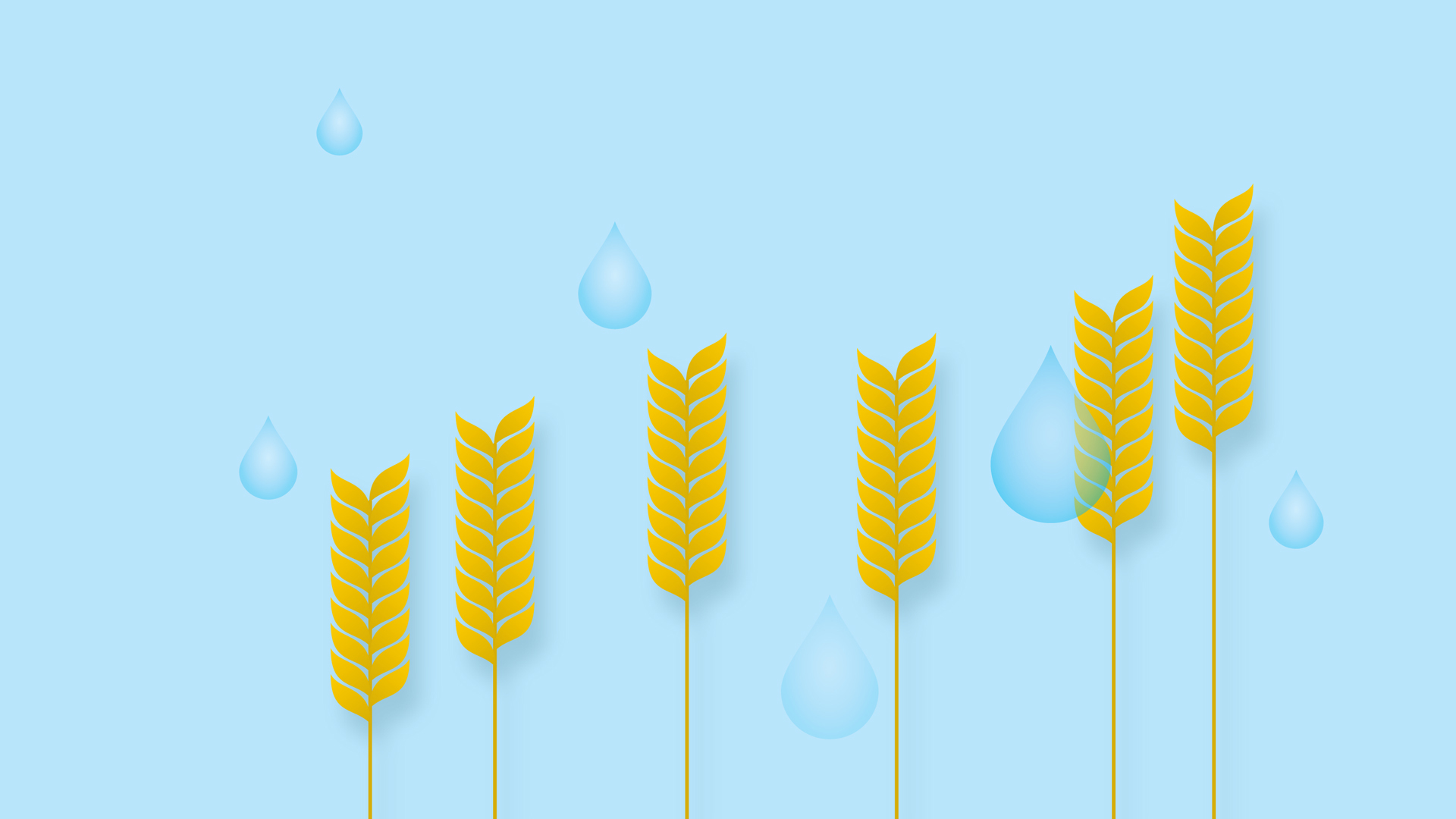 It’s anticipated that the demand for food, water and energy will rise by 30–50 percent over the next two decades. This could lead to environmental disruption, political instability and geopolitical conflict. So says the 2011 Global Risks Report from the World Economic Forum. It highlights the critical threat posed to our global supplies of food and water.

The International Water Management Institute has concluded that while there are sufficient land and water resources to feed the world’s growing population through 2050, immediate action to improve agricultural water use is critical. And that’s only the beginning of the story.

Access to food and safe, sustainable water supplies continues to be a serious problem for many people. The United Nations expressed great concern in their latest report on Millennium Development Goals. While there has been some progress in getting clean water to people in developing regions, there are still 783 million without access to good drinking water, and 850 million people still live in hunger—that’s 15.5 percent of the world’s population, or about one in seven people alive today.

Securing life at its most fundamental level is about the universal need to eat and drink every day. We sometimes think of security solely as the protection of states against aggression. But at the individual level, security means living in unpolluted, sustainable environments. It means protected communities based on equality, good health and economic viability. It means access to shelter and clothing.

The UN Millennium Declaration from 2000 lists eight goals that relate to human security concerns. The primary UN goal is to eradicate extreme poverty and hunger. The immediate plan is to reduce the number of undernourished people in developing countries from the current 15.5 percent of the world’s population to 10 percent by 2015. Even though the picture has improved since 1990, the actual number of undernourished people is the highest since records have been kept. As such, the desired reduction may be no longer attainable. Even if the effort did succeed, in 2015 an estimated 700 million would still go hungry every day.

Another difficulty arises from escalating food prices, made worse by natural disasters, severe weather, surging fuel costs and insufficient government efforts to protect domestic supplies. Then there’s the demand for biofuels made from agricultural feed stocks. Ethanol from corn and other crops plays a significant role in food price volatility, especially when oil supplies become disrupted. Over the next decade, food prices are expected to rise significantly.

Getting fresh water is another part of the hunger challenge. The earth has a fixed amount of water of which 97 percent is salt water and only about 3 percent is fresh. Of the fresh water, only one third of it is accessible. The rest is trapped in ice and glaciers. In terms of fresh water consumption, agriculture alone accounts for 70 percent.

Added to this, is the reality that the three largest countries by population—China, India and the United States—are engaged in unsustainable water use in grain-growing areas. Complicating matters is the fact that both meat consumption and population are increasing. Industrialized meat production is far more water intensive than grain production. So without radical changes in eating patterns, the already high amount of water needed for agriculture will only increase.

As if all this were not enough to cause grave concern, there’s another aspect to the water problem: it interfaces with the corruptible human spirit. That is itself global. According to the Water Integrity Network, corruption is found at all levels of the water delivery system. Bribes are often required for contracts; people are forced to pay illegal fees for connecting to water supplies; and funds are diverted away from projects. Irregularities in water projects have been noted in case studies involving Asia, Africa and South America.

There are many efforts being made to resolve food and water problems, and there have been improvements. But the question remains whether the global community will do enough to rise to the occasion.

Tony Hall is a former US ambassador to the UN Agencies for Food and Agriculture in Rome. He’s been a powerful advocate for solving world hunger as an individual responsibility based on biblical principles.

Ambassador Hall has built coalitions of religious groups and corporations to help in the fight. There have been successes, but looking at the overall picture, he’s also said this about world hunger: “We have the ability to stop it, but do we have the will? It’s a question of economic, political and spiritual will. So far, we’ve not shown it.”

From where does spiritual will come? If the solution to this level of problem is indeed spiritual, then it must come from outside our physical world. As we’ve noted before, some of the greatest minds have concluded that only a fundamental change in human nature can help resolve the kind of problems we face globally. Corruption is a problem of the human heart. Spiritual problems require spiritual solutions.

Unknown to many is that Jesus Christ came with a message about a world free of the kind of global challenges we’re discussing. The solution to the pervasive problem of food and water shortages will come ultimately as a gift. The prophet Isaiah records God as saying, “I will pour water on the thirsty land, and streams on the dry ground; I will pour my Spirit upon your offspring, and my blessing on your descendants” (Isaiah 44:3). This is the way of both human and environmental transformation, and it alone can lead to the resolution of the problems that beset humanity.

In a radically changed world, water will be made available where needed. Again from Isaiah: “When the poor and needy seek water, and there is none, and their tongue is parched with thirst, I the Lord will answer them; I the God of Israel will not forsake them. I will open rivers on the bare heights, and fountains in the midst of the valleys. I will make the wilderness a pool of water, and the dry land springs of water” (Isaiah 41:17–18).

This is reminiscent of an earlier promise in the book of Leviticus: “If you walk in my statutes and observe my commandments and do them, then I will give you your rains in their season, and the land shall yield its increase. . . . And you shall eat your bread to the full and dwell in your land securely” (Leviticus 26:3–5).

In the future, food and water security will be a by-product of godly government, equity and justice. Can anything be done in the meantime? The answer is yes. We can actively take up our responsibility to help those less fortunate by living according to the ways of the God we’re talking about, and by being generous toward the disadvantaged as opportunities arise. Vision Foundation International, part of this program’s outreach, is involved in efforts in parts of Africa to alleviate food and water problems.