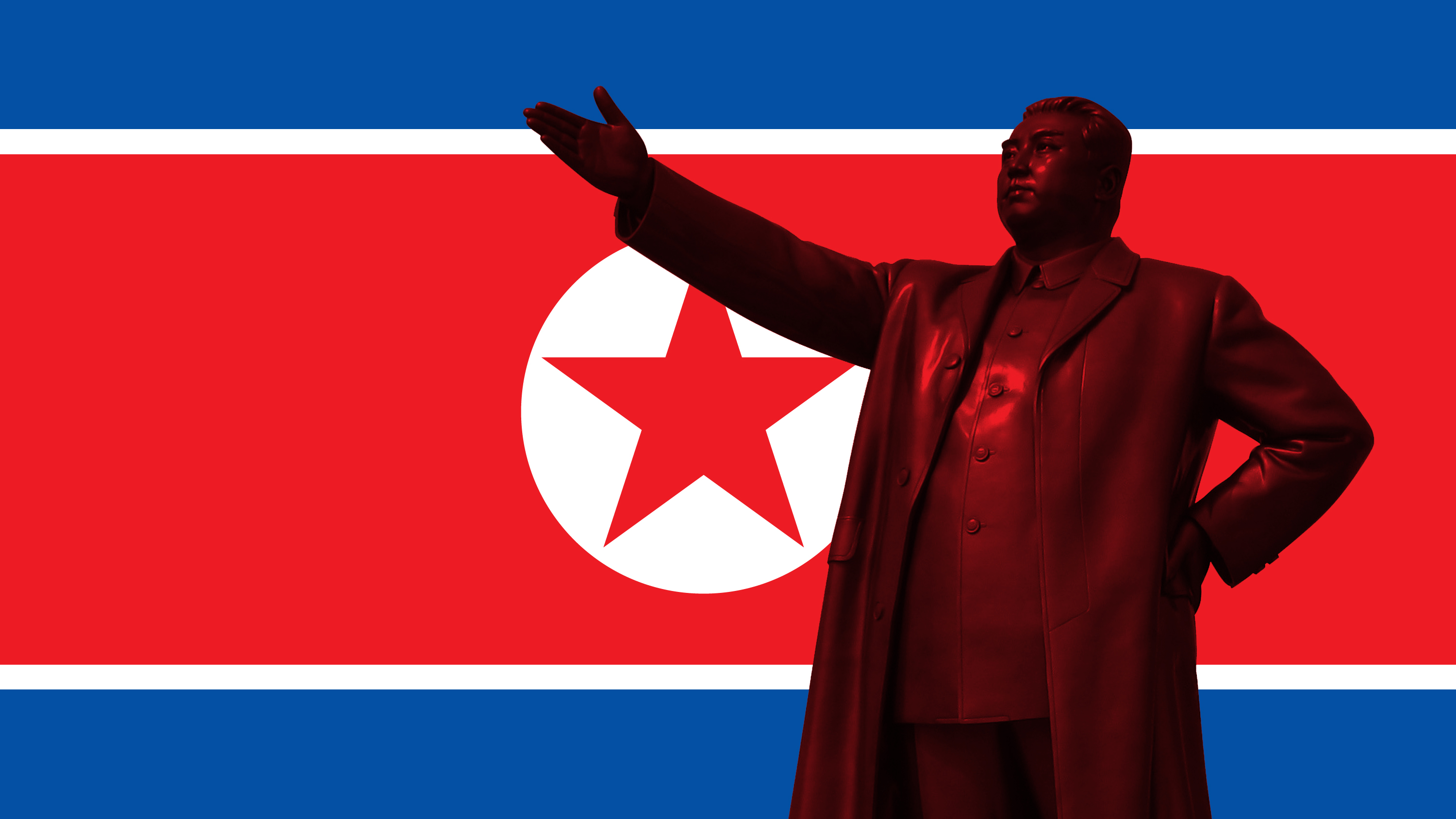 Do religion and politics mix? Can they be one and the same?

It’s often noted that political leaders use religion, its symbols and ceremonies to advance political agendas. When Mussolini came to power in early 20th-century Italy, one of his first acts was to install the crucifix in all classrooms. But his purpose was not to promote the values of Christianity. Rather he needed the church as an ally in establishing his despotic rule. What Mussolini championed was a new political religion focused on creating the so-called new man. But Mussolini failed. As historian Emilio Gentile points out, it’s impossible to change human nature through politics. What then are we to make of the present situation in North Korea?

Supported by the Soviet Union, founder Kim Il-sung took up office in 1948. He ruled until his death in 1994, when his son Kim Jong-il succeeded him. In turn his death in 2011 brought to power a third generation and Kim Jong-un. The ideology underlying this more-than-60-year family dynasty is known as Juche. Juche signifies independence and self-sufficiency in all things—defense, politics, economics. Yet the highly militarized one-party nation has failed spectacularly to become economically self-sufficient. Thirty percent of the North Korean population is starving, with many people subjected to harsh conditions in labor camps. All this while the young Kim Jong-un seems intent on antagonizing the world with his nuclear saber rattling.

Why, then, do most North Koreans go along with the system? One key lies in the cult of the leader. The Kims have risen to the status of gods. As a result of recent provocations through continued nuclear testing, United Nations sanctions against North Korea have increased. These sanctions are viewed internally as part of a Washington-led plot to topple North Korea’s leadership. When residents of Pyongyang learned of these new restrictions, they voiced their support for their leaders.

North Korean citizen #1: “My heart is burning with revengeful thoughts! Such provocation can no longer be allowed. I am ready to turn out in a great war of justice to reduce the US mainland to ashes!”

North Korean citizen #2: “They insulted the dignity of our supreme leadership and are now calling for precision missile attacks on the statues of great generalissimos Kim Il-sung and Kim Jong-il.”

North Korean citizen #3: “How dare the Yankee wolves in human skin insult the dignity of our supreme leadership! The DPRK army and people are in full readiness. Once respected supreme commander Kim Jong-un gives an order, they will turn out as one to destroy the strongholds of the US forces and sweep out those Yankees from the earth!”

The devotion of the North Korean people to their leaders is a significant factor in understanding the continued impasse. It’s part of the nature of political religion. With 19 million followers, Juche is the 10th-largest religion in the world. According to author Thomas J. Belke, it “has a comprehensive belief system, holy places, distinctive customs . . . and it displaces other religions.”

In denouncing Christianity, Kim Il-sung apparently did not mind borrowing heavily from that religion’s concepts. Juche insists that the people of North Korea live in an earthly paradise, a concept borrowed from the Bible depicted in the returning Messiah’s 1,000-year kingdom of peace. Four years after his death, Kim Il-sung was named president “for all eternity.” Today his ruler cult is flourishing. It may be based in part on the Trinitarian belief of his Pentecostal mother. As such Kim Il-sung has taken the role of the everlasting father; his son is the Jesus figure; and the state’s emphasis on the spirit of self-reliance, or Juche, a counterfeit of the Holy Spirit.

Juche also teaches that Kim Jong-il was sent to do the will of his father, and that the two were one in ideology and will, also mimicking the Gospel’s teaching. Kim Jong-il’s mother has also become a goddess. Where this leaves the young Kim remains unclear, but with his many current titles, such as Genius Among Geniuses, Young Master, Supreme Leader and the Great Successor, he seems assured of a place in the pantheon of Juche.