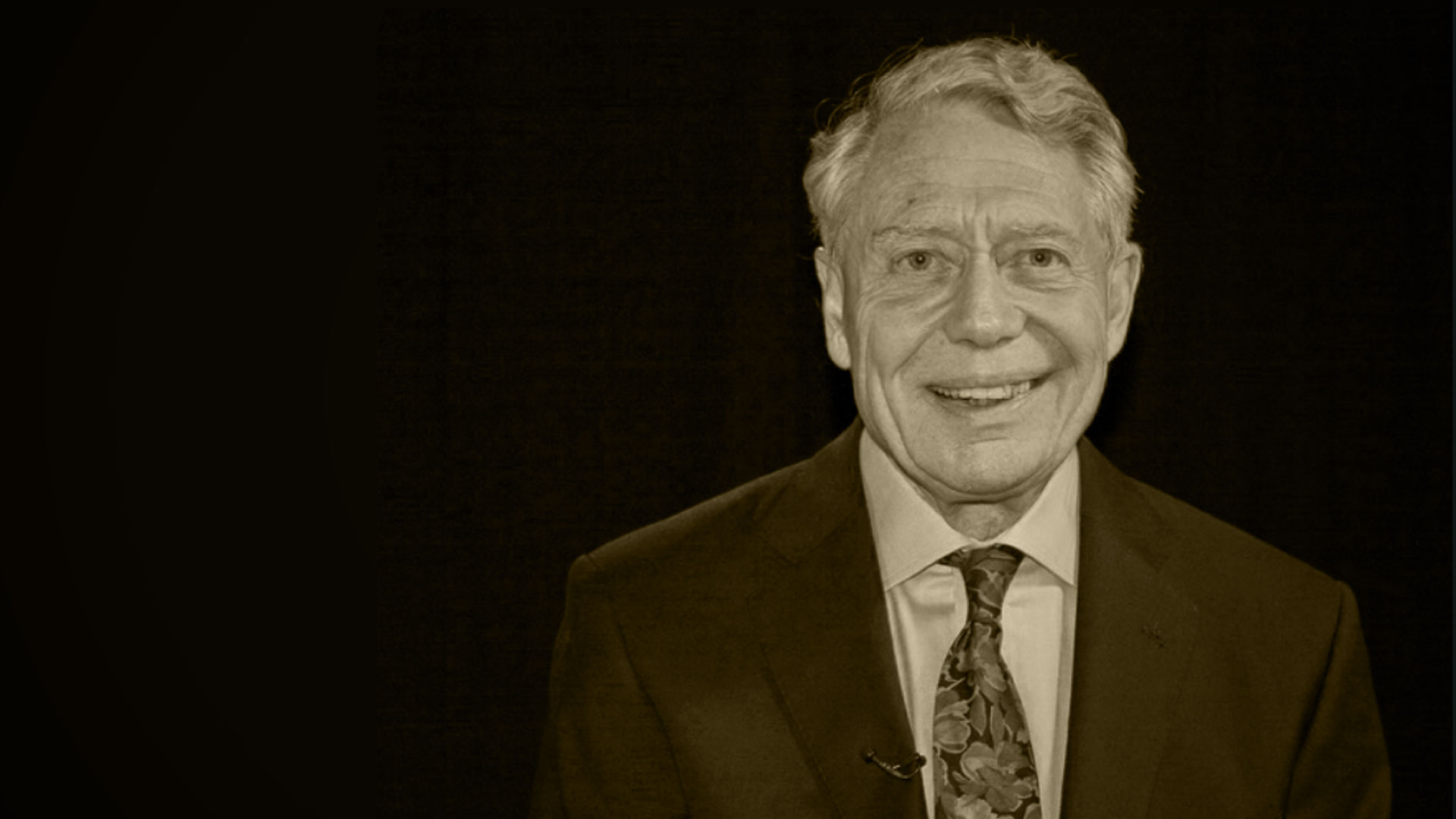 Charles A. Pasternak is a noted British biochemist and the founding director of the Oxford International Biomedical Centre. He has authored several books, the most recent being Quest: The Essence of Humanity (2003).

In this interview, conducted by Vision publisher David Hulme in November 2004, the noted scientist provides an opposing view to that presented by William Dembski.

DH What do you say to the proponents of intelligent design, who often raise the example of the flagellum as a primitive yet sophisticated motor? They say it cannot possibly have come about by random change but had to have been assembled in toto in order to do its job.

CP I would disagree with the premise. I think everything is pure chance initially. Then, as a result of chance mutations, some organisms develop to be fitter than others in a certain environment. They outbreed them, outlive them, and a million, two million, five million years on, they work jolly well—they work slightly better than they would have. But there was no purposeful design. It was pure chance.

DH Of course, those in the ID movement are not without their qualifications in the scientific world, but they’ve come to a point where they’ve taken a U-turn. William Dembski now talks about the anthropic principle—that the universe seems to be designed with man in mind. It’s turning the argument on its head and saying, “This is here because we’re here.”

CP Again, I would disagree. I find anthropic arguments rather weak and not persuasive. Yes, there are certain constants—the tilt of the earth, the time it takes to go around the sun and all those kinds of things—that make Earth absolutely unique. But I think it makes it unique for living matter. To me there’s nothing purposeful that led specifically to man. It just so happens that we consider Homo sapiens at the top of some kind of tree of life, and the fact that Earth has evolved with these characteristics is good for life. It’s good for what chemists call “the maintenance of the hydrogen bond,” which is crucial for maintaining the structure of both nucleic acids, like DNA and RNA, and proteins. Without the hydrogen bond, life as we know it could not succeed. You can apply that to any kind of living organism. Certainly humans have come to be top dog in the world, but I don’t believe that there’s something special about humans. I have great difficulty when people talk about the soul or mind as something different from the brain. As a scientist, I find that very difficult to comprehend. As a human being, as a religious person, if you like, I can understand what they’re talking about, but to me, religion is not an alternative to science. It’s simply a parallel. It’s a way of living your life. Newton was a believer; Einstein was a believer in God. I think belief in something spiritual is something that happens within you: Christ is not out there in the sky but within you. It doesn’t impinge on the actual mechanism, the molecular basis, of things like conscious thought, happiness, despair, despondency.

DH From an evolutionary point of view, what would be the survival value of religion?

DH In your book you ask with regard to death, “Why do I dwell on this topic? Can it be that I am frightened of something to which I am seeking an answer?” What are you actually saying there?

CP I think it’s very difficult for so-called rational, reductionist people like myself to come happily to terms with death. I really do think it’s something we’re all apprehensive about and possibly frightened of. And there is no rational explanation. In principle I should be very happy for my body to suddenly stop when I’m old enough and I’m not functioning anymore. And yet—I suppose it’s part of our culture—we find it very difficult to accept that the light is switched on when we are born, and stays on, and at the time of death it’s simply turned off again. I think that’s what I’m referring to.

“In principle I should be very happy for my body to suddenly stop when I’m old enough and I’m not functioning anymore. And yet . . .”

DH Australian neuroscientist Sir John Eccles was a staunch materialist. Yet as he came toward the end of his life, he began to wonder, because he couldn’t conceive of his own mind stopping.

CP That’s the kind of thing I’m talking about. On occasion I find myself in frightening situations over which I have no control. For example, I went for a long walk in southern Spain recently and found I hadn’t bothered to take water. I think I had slight sunstroke, and I simply had no energy. I was feeling very nauseated. One side of me said, Well, if necessary, I’ll just have to spend the night on the mountainside. It’s not the end of the world. The other side said, I’ve had no water, and I know that if I can’t move myself to get to water, that’s not a good position to be in. I suppose I became a little frightened. I found myself involuntarily beginning to pray at that moment, which is—I absolutely agree with you—something that in a sense goes contrary to everything I’ve been saying scientifically. I think that’s what you’re talking about.

DH It is. I’m reminded of Thomas Kuhn, who wrote The Structure of Scientific Revolutions. Here was a man who had great faith in science and the way it goes about its business, and yet the mark of that book was that any paradigm can be broken.

CP Well, I suppose if you then press me to it, I would say that it’s simply my neurons reacting in a certain way. This idea of prayer is but one way of calming myself and reducing the stress. You could say I might have achieved the same by taking some tablet or listening to Mozart. Some people just turn to prayer. So that would be my “let-out” to that.