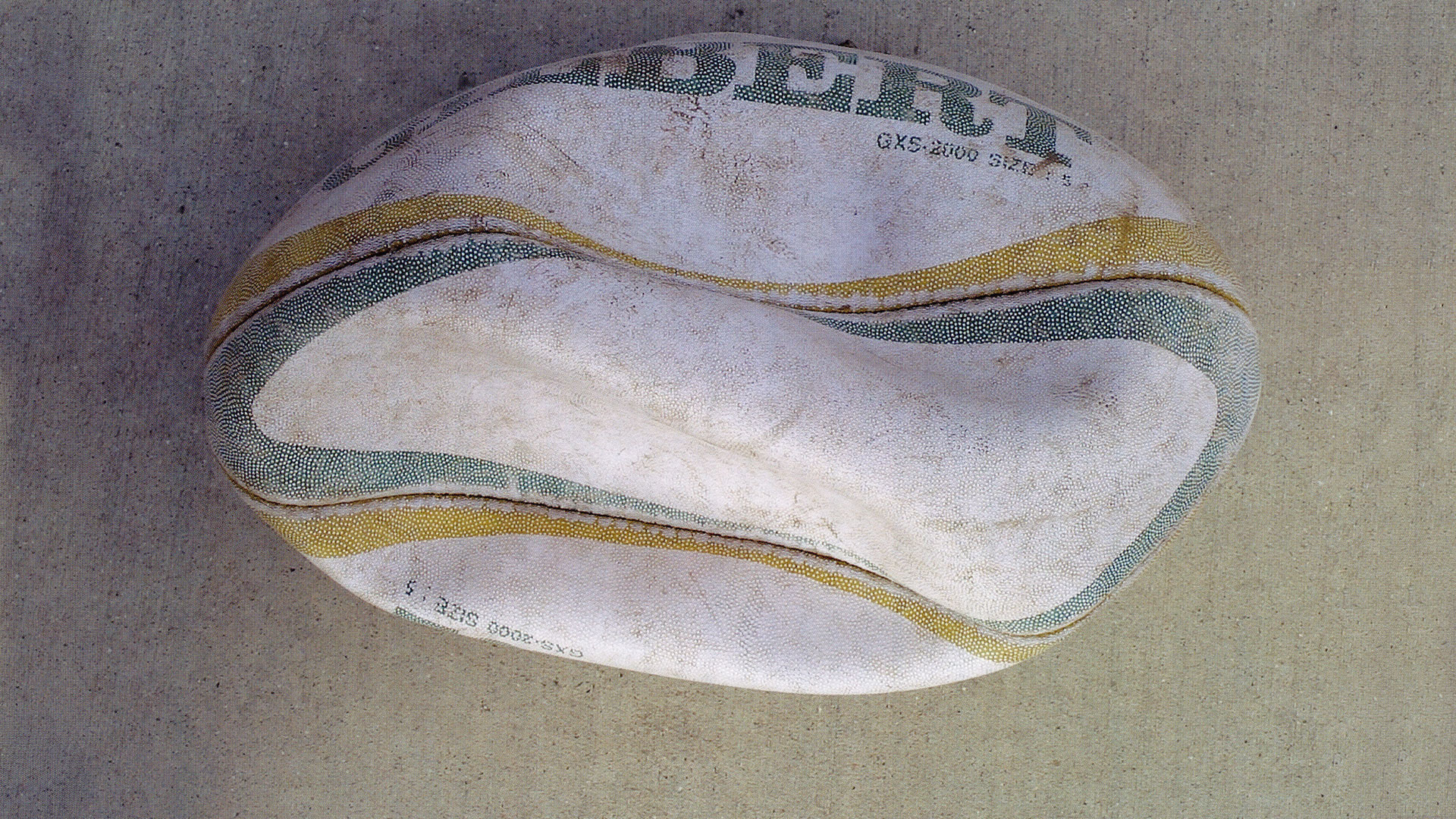 Boys are being socially reengineered. In the process, they have become victims of misguided sexual politics.

So says Christina Hoff Sommers in her book The War Against Boys: How Misguided Feminism Is Harming Our Young Men (2000). She is a W.H. Brady Fellow at the American Enterprise Institute in Washington, D.C., and holds a doctorate in philosophy from Brandeis University. As the title of her book suggests, Sommers asserts that the feminist movement, working through the education system, has been waging nothing less than a war against boys in the belief that they must level the playing field for girls.

Vision contributor Thomas Fitzpatrick asked Sommers to enlarge on her views about the upbringing of boys.

TF When Rex Harrison sang “Why Can’’t a Woman Be More Like a Man?” in My Fair Lady, it seemed amusing and entertaining. Throughout previous generations, the genders have longed to better understand each other. However, what you describe is something altogether different—even insidious. Are you saying that there is a calculated and concerted effort underway to redefine masculinity for future generations?

CHS Yes, the “gender theorists” in schools of education and the activists in women’s groups are powerful allies in pursuing this dubious goal. They acknowledge that it’s too late to change adult men. However, they believe that boys can be salvaged if they are rescued from being wrongly “masculinized.” Thus the need for a movement to reconstruct boyhood, to produce boys who will be less competitive, more emotionally expressive, more nurturing—simply put, more like girls. For more than a decade these activists have engaged in an effort to overhaul how boys are brought to manhood. They are convinced that breaking down male stereotypes, starting in preschool, is good for society.

TF You have been quoted as saying, “We may be the first society in history to turn against its males.” What factors have caused our culture to take the unprecedented step of declaring war on masculinity?

“We may be the first society in history to turn against its males.”

CHS Very simply, boys have become politically incorrect. They are thought to be insensitive and prone to violence. They tend to like action, competition, roughhousing; and they don’t spend a lot of time talking about their feelings. This worries many people. A group of psychologists, most notably at Harvard, have convinced themselves that boys need to be rescued from their masculinity. At the same time, hard-line feminists are persuaded that unless we intervene at the earliest possible age to change the way boys are being socialized, women and girls remain in danger and continue to be “oppressed under patriarchy.” My book shows that both these groups—the gender warriors and the New England psychologists—have been remarkably successful in promoting their male-averse policies and programs in the schools. In the meantime, boys are not getting the help they really need. Too many of them are academically and ethically neglected.

TF Is this strictly an American problem, or is it a worldwide phenomenon?

CHS The problem of underachieving males is occurring in many countries. For example, like American boys, boys in Great Britain and Australia are markedly behind girls academically, notably in reading and writing. The difference in Britain is that they recognized the trend a decade ago and have taken constructive steps to counteract it. The British government instituted the Literacy Hour in the primary schools, a successful back-to-basics program that is helping boys catch up. They have found that boys enjoy and will read adventure stories with male heroes. Experiments with all-male classes are underway. Classroom competition is back. In America, the girl-advocates are outspoken, but no one is working on behalf of boys. There is no constructive effort to address the problem of underachieving boys.

TF Are you concerned that boys in general are not as seemingly sensitive, emotionally expressive or in touch with their feelings as girls are?

CHS First of all, it is far from certain that being able to verbalize your emotions is always a good thing. Patients in treatment by professional psychotherapists learn to be proficient at this, but it is highly questionable whether normal, healthy children should be encouraged to do it or whether they would benefit from verbalizing emotions they are currently keeping under wraps.

Children, of course, need to be sensitive to the needs of others: it’s called developing a conscience. Being in touch with your feelings isn’t one of the Ten Commandments. Judeo-Christian teaching enjoins attentiveness to the emotional needs and feelings of others, not one’s own. Parents promote the right kind of introspection when they say things like “How would you feel if so-and-so did that to you?” Call it Golden Rule introspection. This is very different from urging the child to be “in touch with his feelings” or to verbalize emotions.

I would go further and suggest that pushing children to high levels of emotional disclosure might be damaging as well as intrusive. Some children—my 16-year-old son, for example—would simply never go along. He’d say, “Oh please, Mom, leave me alone!” Others could be cajoled, but parents need to consider the possibility that they might be harming their children by pressuring them to be “sensitizers” (keenly aware of their internal states).

Jane Bybee, a Suffolk University psychologist, studied a group of high school students, classifying them as either repressors, sensitizers or intermediates. She then had the students evaluate themselves and others, using these distinctions. She also had teachers evaluate the students. She found that the repressors were less anxious, more confident, and more successful academically and socially. Bybee says that in our day-to-day behavior it may be good not to be so emotional and needy—that the moods of “repressed” people may be more balanced.

Experienced therapists are keenly aware that patients often have healthy reasons for repressed feelings. They know that getting a patient to disclose emotions he or she is repressing should not be done before the patient is ready to deal with those feelings. So a movement to get normal boys in touch with their feelings is not what we need.

CHS Misguided feminists have been successful in projecting an image of males as predators and females as hapless victims. But the vast majority of males are moral and responsible human beings. Feminists believe otherwise because they believe their own male-bashing propaganda. Beginning with the factual premise that most violence is perpetrated by men, they move hastily (and fallaciously) to the proposition that maleness is the leading cause of violence. By this logic, every little boy is a potential harasser and batterer.

The problem of juvenile male violence is not conventional male socialization but its absence. Fathers play a central role in helping their sons develop a conscience and a sense of responsible manhood. When fathers are absent, boys get their ideas on what it is to be a man from their peers. The more we learn about the reasons for juvenile violence, the clearer it becomes that the progressive weakening of the family—in particular, the absence of fathers from the home—plays a major role.

A small percentage of boys is destined to become batterers and rapists; boys with severe conduct disorders are at high risk of becoming criminal predators. Such boys do need strong intervention, the earlier the better. But there is no reason to consider millions of normal male children as pathologically dangerous. Being a boy is not a disorder.

TF Are you seeing reports from schools demonstrating that an effort to redefine boys and boyhood is underway?

CHS The doctrinaire belief that masculinity (“boyness”) needs to be reconstructed and curbed does have an effect on how boys are being regarded and treated, especially in the nation’s schools. Many teachers and school officials have become intolerant of the typical play of young males.

Just to give one example, boys, far more than girls, enjoy rough-and-tumble play. And that means running, chasing, fleeing, playful fighting and wrestling. It’s a very positive behavior. It is a critical part of boys’ healthy development. And it is very different from aggression. In rough-and-tumble play, the children enjoy themselves, there is a lot of laughing, and the participants part as friends. In aggression, there is no laughter, children are often hurt, and they part as enemies.

Increasingly, parents and teachers are failing to make the distinction, and their failure to respect and understand the distinction poses a serious threat to boys’ welfare and normal development. Teachers have always rightly prohibited rowdiness in their classrooms, but they made proper allowances for it on the playground. That understanding and tolerance is changing. Some schools are canceling recess. Girls benefit from recess, but boys need recess. Others have banned tag on the playground because it violates the school’s no-touching policy. Sad to say, normal youthful male exuberance is becoming unacceptable in more and more schools.

TF The Judeo-Christian Scriptures state that God “created man in His own image, in the image of God created He him, male and female created He them.” Is there scientific evidence to demonstrate that gender is “hardwired” by design?

CHS Yes, any responsible review of the scientific literature on the subject recognizes a growing body of empirical evidence that supports the experience of parents and the wisdom of the ages—that many basic male and female differences are innate, hardwired, and not the result of conditioning.

The desire of the gender reformers to design a new male paradigm is based on their belief that masculinity is a product of social conditioning and that sexual identity can be socially constructed.

TF In your opinion, would the return to a moral education based on biblical values be a step in the right direction?

CHS Yes, absolutely. All children need to be educated and civilized. They need to be turned into respectful human beings. Our schools need clear and firm codes of discipline and guidance. Children need a moral environment. Too many schools are rife with incivility, profanity and bullying. Bullying is a moral problem, and its effects on a child can be appalling. Schools must be prepared to protect our children from peer cruelty by enforcing moral codes and disciplining trespassers, making it quite clear that they cannot get away with bullying or harassing other students. The problem is old, and the workable solution to it is known: character education in a sound learning environment.

TF “The war against boys” implies an adversarial relationship between the sexes. If the boys-are-bad message is dutifully disseminated and widely accepted, wouldn’t it increase the likelihood of boys resenting girls and girls having greater difficulty respecting boys? How would that affect the likelihood of success in marriage and family life for future generations?

CHS It’s very destructive, and that is why I believe it’s doomed as a social philosophy. After all, the next generation of young women will be looking for husbands among these young men. When boys are neglected academically and morally, no one benefits. When boys are unprepared for the demands of family and work, girls suffer as well.

For more than a decade feminist activists and gender scholars have told us all about the dark side of masculinity. They neglected to notice the good side. Masculinity with morality is a powerful force for good. The inspiring display of male heroism on September 11 should lead the gender warriors to soften their negative attitudes toward boys and men.