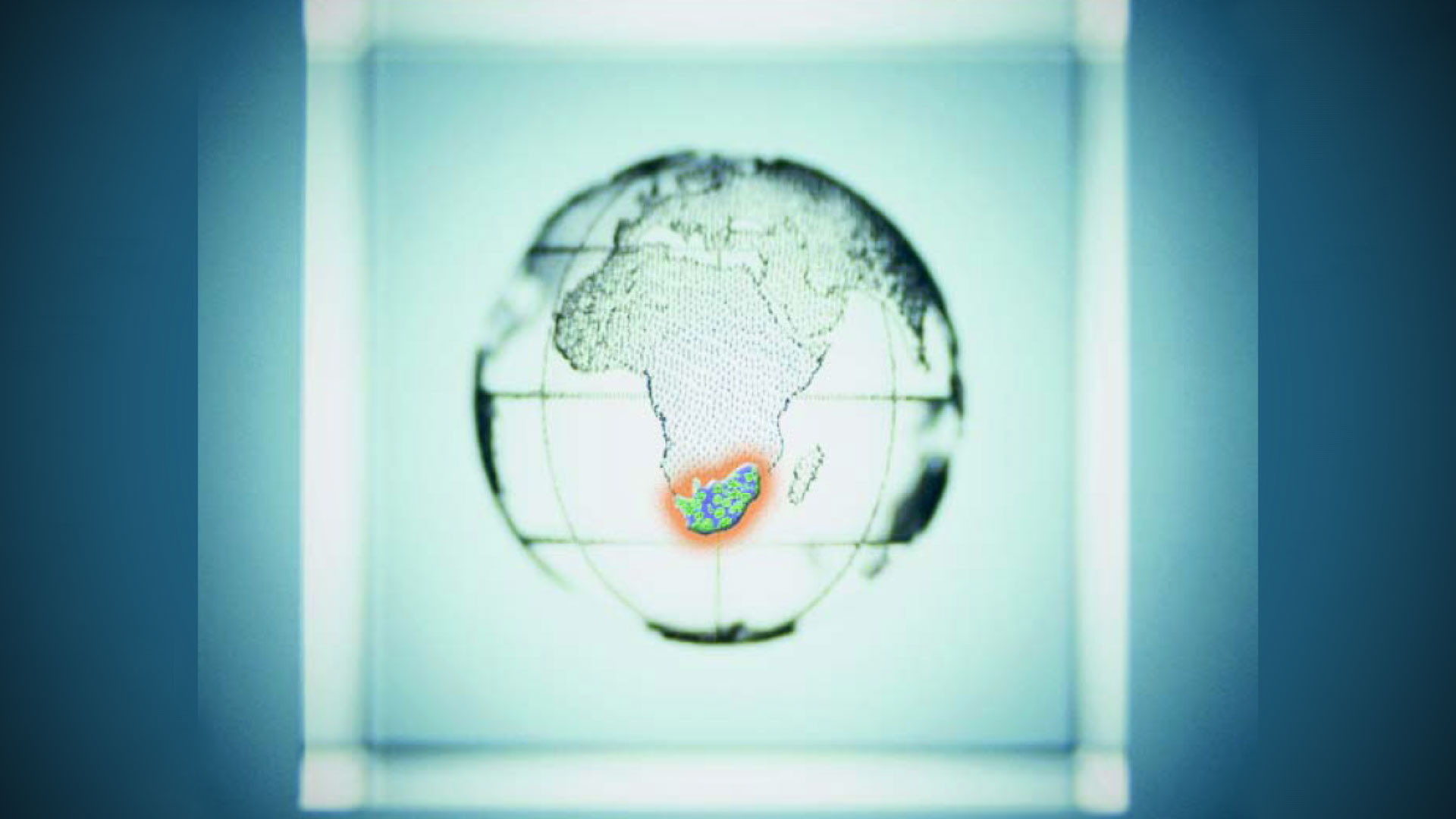 Can the battle against AIDS in South Africa be won?

Though many in that nation are effectively in denial, others are adamant that much can be done to prevent the AIDS epidemic from spreading further and to ease the suffering of those already infected. In their book AIDS: The Challenge for South Africa, coauthors Clem Sunter and Alan Whiteside present an alternative to the denial and helplessness felt by many South Africans.

Vision managing editor John Meakin and contributor Robyn Page interviewed Sunter in Johannesburg, South Africa, late last year. Sunter is a strategist and the chairman of the Anglo American Chairman’s Fund, Anglo American Corporation’s social responsibility program. He also serves on the board of governors of the South African Business Coalition on HIV/AIDS.

JM AIDS has had a great impact on sub-Saharan Africa. How bad are things in South Africa?

CS The current estimate is that 4.7 million people are infected out of our population of 42 million, which is 11 percent. About 20 percent of adults in this country are infected. That’s one in five.

JM Is it fair to say that neither the government nor the South African public is yet fully aware of the scale of the problem?

CS Everybody’s aware of it. But it’s almost as though there’s a fatigue in this country. I liken it to Britain in late 1939, when there were a lot of sirens going off in London but no bombs fell. So everybody thought it was a phony war. I think here you have a similar kind of feeling because all we saw going up during the late ’90s was the infection curve. What we haven’t yet seen is the real AIDS sickness and death curve.

The MRC [South African Medical Research Council] has just come out with a statistic that this year [2001] there will be 195,000 AIDS-related deaths. I didn’t think it would be quite as high as that. But according to the report, that figure could rise to between four and seven million deaths in the next 10 years. Then it is going to be perfectly clear that we have a problem. Right now, a lot of people look around Johannesburg and look around their companies and say, “What’s the problem?” It’s because people are HIV-infected and healthy; they haven’t actually moved on to being sick.

JM Are you satisfied that the prevailing sense of denial is being reversed?

CS My view is that there are three scenarios. The first is denial, which most people in this country are in most companies, most universities, most academics, most politicians. The second scenario, which is a notch up, is business as usual, where you actually accept that HIV/AIDS is part of the whole environment and you know you must address it. But you prioritize it with all the other priorities in South Africa, and you do things that are cost effective or profitable to do. The third scenario is total onslaught, where you treat it as a flat-out war. Both Swaziland and Botswana have now moved to the total-onslaught scenario; so has Uganda; so has Senegal. But we haven’t. We haven’t even moved from denial to business as usual.

JM Obviously a great deal of the impact of this pandemic falls on business. Can you give us a feel for how the Anglo American Corporation is affected?

We’re still very much on the infection curve. We’re not seeing the kind of things that will yet come through. For example, you’re going to see loss of productivity on the job, particularly in the manual areas, just because people haven’t got the physical strength to continue working. They’re doing eight-hour shifts and they’re going to get tired, so their productivity is going to fall. You are seeing people taking quite significant time off work to go to funerals. You are going to see hospitalization rates rising, and then AIDS deaths are going to add significantly to the normal turnover of the workforce. I keep saying to the operation managers, “You mustn’t treat HIV/AIDS as normal labor turnover.” In normal turnover, you have a healthy person, they work flat out, then they leave and some novice comes in. So you have a loss of output while the new person is being trained. With HIV/AIDS, you have somebody who’s gradually getting sicker, so their productivity is going to be declining for quite a long time.

It’s going to be much more expensive when businesses go off the AIDS sickness curve. But it hasn’t really struck business yet, and that is why business is still very much in a kind of denial mode. They’re doing some things to prevent AIDS by building things like educational awareness programs. But they’re doing very little on the treatment side, because everybody’s worried about the cost.

JM The cost of treatment is phenomenal, is it not?

JM Can South Africa afford to cope with the AIDS crisis by itself?

CS No. It’s like Botswana, which recently got $200 million because President Mogae went to the UN AIDS Conference and said, “Guys, we’re at war. Please help us in our war.” I think the Bill & Melinda Gates Foundation and a few others have come to the party, and they’re putting out serious bucks.

“There’s no way the South African government can afford to give all 4.7 million infected people triple drug therapy.”

There you’ve got 300,000 people who are infected out of a population of 1.5 million. We’ve got 4.7 million. We’re actually going to need even more than $200 million. There’s no way the South African government, even at R6,000 per annum, can afford to give all 4.7 million infected people triple drug therapy. Obviously, if that therapy is successful, then you’re going to stop people dying and you’re going to add to the pool on the other side. Right now it’s a chronic disease, where you need to take drugs till you die. What worries companies as well as the government is that even though you start at a fairly low figure, by the 10th year you’ll be treating a large number of people at horrendous cost.

JM Recently, America declared all-out war on terrorism and built a worldwide coalition to engage the fight. Does dealing with AIDS require anything less than total war?

CS No. The reason the Americans went to war is that you can be furious about terrorists, because you can see them. The terrible thing about a virus is that it’s invisible. So you don’t get the sort of rage about HIV that you get about a human enemy. I’ve often said, if we’d had a human enemy on our border threatening to kill five to six million South Africans, we’d have resurrected the citizen force, we’d have bought tanks, we’d have bought aircraft, we’d have gone to war and we would have done everything to repel them. But because HIV is a microscopic “bug,” it just causes havoc.

JM You are convinced that a great deal can be done, especially in many smaller ways. Would you give some examples?

On prevention, I would be looking first at education: how do we educate the kids; how do we educate the adults? The second is stopping mother-to-child transmission, which is relatively cheap and relatively simple. The third is stopping STDs [sexually transmitted diseases], which add to the chances of transmission. And fourth, obviously promoting condoms and promoting voluntary counseling and testing so that those who test negative want to use condoms to stay negative.

On the care side is home-based care (giving inexpensive kits to families to show them how to cope with having AIDS victims in their homes); destigmatization of the disease (telling kids how to cope with the fact that one parent is sick and the other parent may get sick); treatment of the opportunistic diseases associated with AIDS (perhaps one day with HAART [highly active antiretroviral therapy], when it’s affordable and a system to deliver it is in place); and then, obviously, how will we look after all the orphans?

“It will be five years to proving effectiveness of a vaccine and probably another five years to getting it out to the public at large.”

This is why I’m saying to break it down into little things rather than having to wait for a “magic bullet” of a vaccine. Those involved in vaccine research will tell you that it will be five years to proving effectiveness of a vaccine and probably another five years to getting it out to the public at large. Best-case scenario, you’re looking at about 10 years. But 10 years from now, a lot more people are going to be infected, so we must do the little things now before the magic bullet comes along.

JM What relevance do you feel the teaching of biblical morality has to the problem of HIV/AIDS?

CS It’s central. Obviously there was a very good reason for the Ten Commandments in the first place. They actually are a very good basis for running a viable society. Forgetting their religious significance, they’re actually a fairly decent set of rules. And, given that AIDS is acquired as opposed to that you catch it, if you could change people’s sexual behavior so that they didn’t indulge in sex before marriage, and then after marriage they had sex with their partner and nobody else, the problem would completely go away. I mean, it would completely go away. People don’t realize it. It would completely go away. But it’s just unrealistic, I’m afraid to say, to promote that fairly conservative religious approach among young teenagers today. I do believe in the validity of the religious message to combat HIV and AIDS; I just think you’ve got to back it up with a few extras.